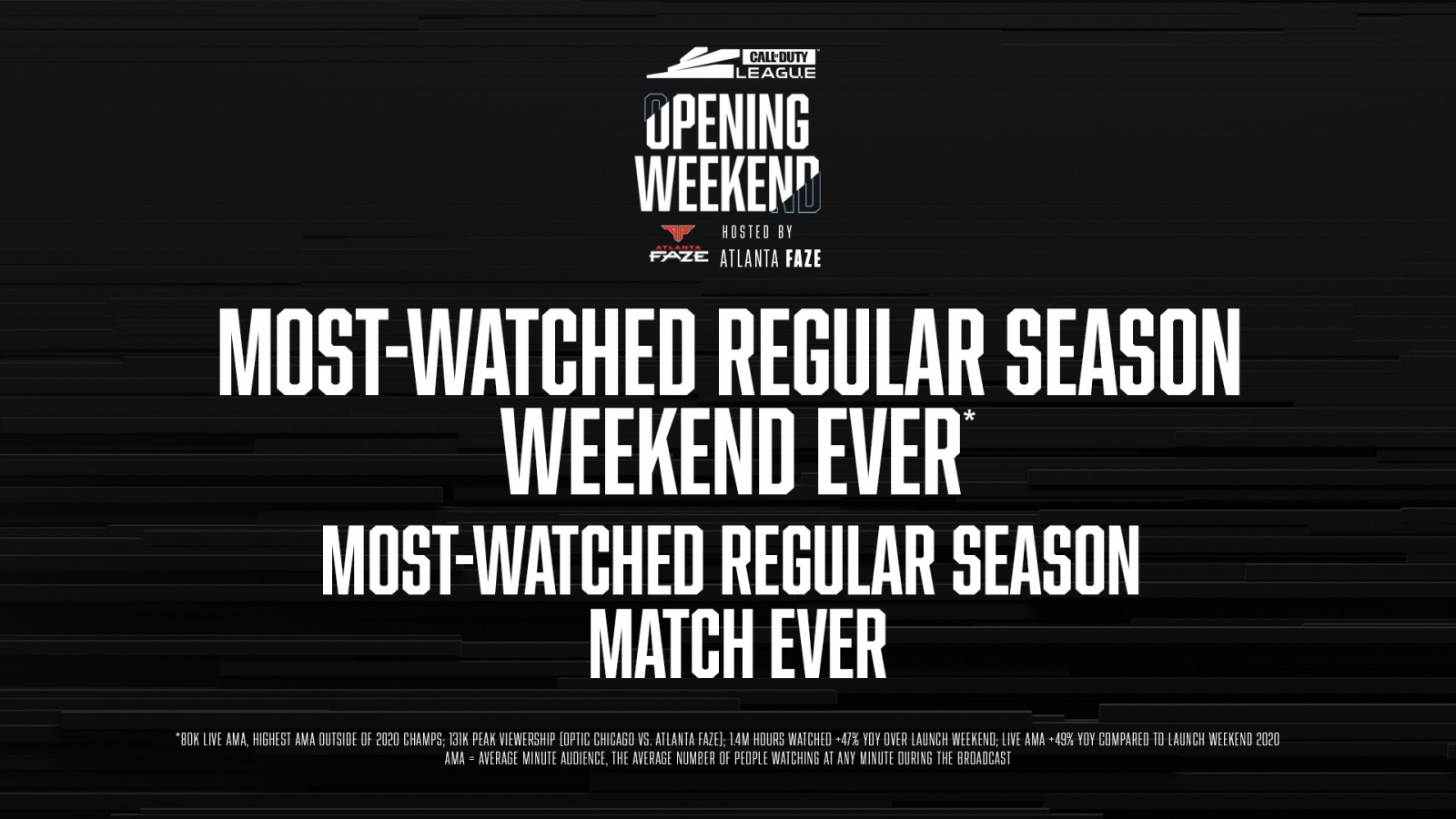 Call Of Duty is a humongous game, and because of that following it has a tremendous esports following. While it’s always been a draw, COVID-19 certainly put a damper on the inaugural season of the CDL, but last weekends opening of the sophomore season started with a bang. Call Of Duty League put together its best weekend ever, fueled by one of the most hyped up matches of the season’s beginnings in Atlanta Faze versus Chicago Optic. I personally had my aBeZy jersey on rooting for my Faze bois to take the win, but I’m definitely cheering for the success the league has shown in its great beginning to the 2021 season. Some of the stats are as follows-

The best part about all of this is that the season literally just started. With League Play being introduced into Call Of Duty: Black Ops Cold War and new league packs being added as well to represent your favorite team, there’s a good chance this initial achievement isn’t the last victory we see for the Call Of Duty League. You can follow the league both live and after hours on the official Call Of Duty League YouTube channel right here. If you want to jump into the game, check out CallOfDuty.com, and if you want to know more about it first, check out our review right here.