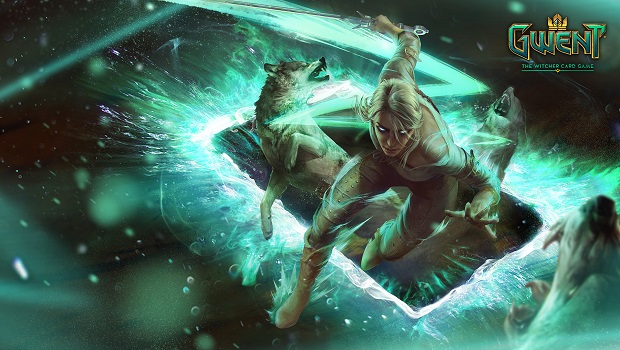 Put down your swords, take that grizzled look off your face, order a pint at your local tavern, and get ready for a round of Gwent. The popular mini-game from last year’s amazing open-world adventure The Witcher 3: Wild Hunt is in its closed beta form. For those who were lucky enough to get invited, we got to try out the standalone Gwent game before it releases for everyone to enjoy the fun and frustrations of Gwent. However, for those who were not so fortunate, put down your controllers, stop asking that bartender for a round of Gwent, and read on to see how cool this game is.

Care for a game of Gwent?

If you’ve played Gwent before via the The Witcher 3: Wild Hunt, then you’re already familiar with the joys of the game. However, if you’re a Gwent greenhorn, fear not, as the game offers up a detailed yet accessible tutorial of the mechanics.

Gwent is unlike your traditional card game, and matches are won by a “best of 3 round” style. . To win a round, your unit total must be higher than that of your opponent’s unit total. It might sound easy enough, but once you start using unit effects and board effects, things start to get complex, quickly.

It is here that the standalone version of Gwent differs from its previous iteration. The unit effects are vastly different from those found in The Witcher 3 with new effects being added to existing cards, and new cards can be used at your disposal. For example, the spy cards are gone, meaning you won’t be able to beef up your deck with these cards and spam them first round to get a load of cards in your hand. Instead, the game seems to want you to think about your card choices when crafting a deck. You can choose to load up your deck with the maximum of 40 cards, or forgo that for a moderate amount of important cards for your deck.

While the cards given at the start of the game are decent, you’ll want more in order to create a Gwent deck so mighty, not even the barmaid can beat you. In order to get more cards, you will either have to spend your hard earned cash to purchase card kegs from the card keg troll, or gather 150 “Gwent Ore”, which is the in-game currency, to forgo parting with your money. In order to obtain “Gwent Ore” you need to win games, with each win filling up your experience bar. On your experience bar there are milestones to reach in order to get “Gwent Ore”.

A bunch of cards collected from card kegs.

However, card kegs are not your only way of getting cards. Gwent also allows you to craft specific cards by handing in materials called “Gwent Scraps” earned from playing games. There is also a way for your opponent to reward you with more of these materials after a hard fought game of Gwent through the “good game” button after a game. Gwent also allows for you to dismantle your duplicate or unwanted cards for more material to use in crafting specific cards you want, making it easier for those who invest in a lot of card kegs or those that play a lot of Gwent.

Please sir, may I have some more Gwent?

While it is fun beating your opponents in a 1v1 Gwent duel, I am quite excited for what lies ahead. CD Projekt Red has announced that the full game will come with single player adventures to play, which will no doubt help burgeoning Gwent players become Gwent gods like Geralt. I can also see Gwent becoming quite popular in the esports scene, with other card games such as Hearthstone gaining massive esports backing. Let’s hope that CD Projekt Red gives Gwent the same sort of TLC (Team League Championships) that Blizzard gives to Hearthstone.

A revamp of the cards and the addition of new ones gives new strategy to the beloved Witcher 3 mini-game. Also, with single player yet to be in the game and a possibility for esports, Gwent seems to want to go toe-to-toe with Blizzard at fighting for CCG supremacy.

While there is no set release date for the full version of Gwent as of yet, the closed beta is expected to end in spring of 2017 for PC, PS4 and Xbox One. If you haven’t yet signed up for the closed beta, don’t worry, CD Projekt Red is still taking people to participate in the closed beta, which you can sign up for here. For more news on an official release date, stay tuned as we’ll have our Witcher senses on the latest Gwent news.