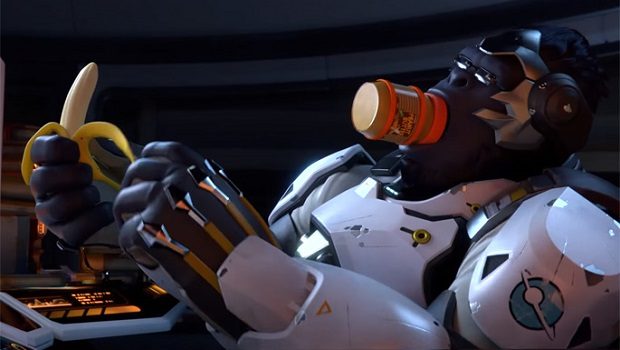 With the annual BlizzCon celebration upon us, it behooves me to spread my infectious love for everything Blizzard by coming up with a list of announcements I hope and wish will be made at the show. Some of them are far-fetched and some are inevitable, but all are indubitably a burning desire for someone out there. I have to be honest about something before going into this list – out of all of Blizzard’s games, World of Warcraft is the one I’m most fanatical about so you’re gonna see a few more items on the list pertaining to that game than the others. A few other GT staffers chimed in as well, so all in all I think that even if WoW isn’t your main squeeze, there’s something on this list you can get behind.

Here are our list of dream announcements for BlizzCon 2016:

Listen, World of Warcraft 2 is never going to happen. Sorry! This game is a living, breathing world that is fueled by the community who inhabit it and there’s no chance that Blizzard is going to fracture the user base by releasing a sequel. And that’s just one reason it’s not gonna happen – don’t forget that they tried to build a new MMO, the project codenamed Titan, and cancelled it because it simply wasn’t good enough. The latest expansion, Legion, gives us an idea of how amazing a modern day Azeroth could look. There are multiple ways Blizzard could approach this. Legion introduced a new scaling technology which lets you play wherever you want in the new content regardless of your character’s level (well, you have to have at least reached the level cap of the last expansion). You and your friends could be many levels apart and still quest and run dungeons together. They’ve already discussed applying this tech to the older zones, so why not rebuild Azeroth with the scaling tech and give players both old and new a chance to experience the original zones in a shiny new veneer? The last time Azeroth got a touch up was back in 2010, it’s time to rejuvinate the wheel.

Back when Mark Wahlberg was Marky Mark, Blizzard was known as Silicon & Synapse and they had released a fantastic puzzle-platformer called The Lost Vikings on the Super Nintendo. What with Blizzard’s recent barrage of new games in the past few years, including Hearthstone, Heroes of the Storm, and Overwatch, we think it’s time our favorite trio of Vikings returned to the spotlight. It’s cool that they are playable characters in Heroes of the Storm, but I’m talking Tomb Raider style, third-person action, platforming, and puzzle-solving with a focus on cooperative gameplay. Put that in your pipe and smoke it.

Blizzard has always produced some of the best CGI cutscenes in the business, but after the fantastic Overwatch animated shorts we can’t help but imagine how incredible a full-length animated film based Blizzard’s properties would be. As much of a Warcrackhead that I am, I would love to dive deeper into Overwatch, StarCraft, and Diablo, seeing as how Warcraft already got it’s own movie.

Of all the theories on what Blizzard might announce at BlizzCon this year, a new Diablo 3 expansion is the one that holds the most weight. After a rough launch period, the game got its act together and turned itself into one of the best action-RPGs of all-time. So far we’ve gotten one expansion, Reaper of Souls, and a plethora of content patches, but nothing significant has been released for a while and with over 30 million copies of the game out there it’s a safe bet that Blizzard has something big in the cards coming up.

You may not realize this but each of Blizzard’s long-standing franchises; Warcraft, Diablo, and StarCraft, have multiple novels based on them that expand the lore considerably. Warcraft alone has in the ballpark of 20 novels, around a dozen of which I’ve read, and that doesn’t even factor in comics, manga, and short stories. The best part is that many, though not all, of the novels are well-written and worth reading in their own right. The most recent novel, Illidan, was a fantastic lead-in to World of Warcraft’s Legion expansion and in fact I’m on my second read through as I level up a fresh Demon Hunter. My hope is that Blizzard has more novels to announce at the show.

6. The Next Warcraft Film

The Warcraft film was brilliant in many ways, it truly brought the game to life and succeeded at making a film that long-time fans of the franchise could be proud of. Sure, the film reviewed poorly with mainstream film critics, but a peek at its reviews on Amazon, currently standing at 4 out of 5 stars, tell a different story. The movie, while ultimately unprofitable, still raked in a ton of cash thanks to it performing so well in China. And the director, Duncan Jones, is interested in doing another movie. I’m confident that Blizzard will make another Warcraft movie, I’m hopeful that they at least confirm as much during BlizzCon.

I love Overwatch’s look and feel, it’s a joy to simply be present in its world and hang out with the cool cast of characters, but I suck at competitive shooters. I just don’t have a desire to get good enough at Overwatch to feel like I’m anything but a drag on my team. I tend to lose a lot, so it’s hard for me to play for more than 20-30 minutes before getting discouraged and switching to another game. For that reason, it would be so, so sweet if Blizzard introduced a full-fledged coop mode, kind of like the Halloween Brawl but on a larger, more intricate scale. I know there’s already an Play Vs. AI and Brawl mode which are infinitely more newb friendly, but I want a mode that I can be good at and not feel like I’ve been relegated to the kids table.

I’ve actually played StarCraft: Ghost. At one point years ago Blizzard was demoing the game at E3 and I got some hands-on with it. Unfortunately, the game was being worked on by an external team contracted by Blizzard and the project got stuck in development hell and never crossed the finish line. The thing is, now that MOBAs are all the rage and StarCraft has taken the backseat in the global eSports scene, where is the series supposed to go? Our wish is for Blizzard to continue focusing on growing Heroes of the Storm, shifting StarCraft away from the RTS genre, and finish Ghost using the expertise they gained from Overwatch to make a really good stealth action game.

After 12 years of playing this game, it feels almost archaic that I still can’t play with friends in the opposite faction. Yes, the Alliance and the Horde have much bad blood and some serious philosophical differences, but at the end of the day we’re all here to save the world so let us actually work together and do it. One of the most amazing thing about Legion is that, with 5-man dungeons being a much more prominent aspect of the endgame, there’s a lot more opportunity to play with friends without them all needing to be on the same server or in the same guild. I think it make sense to maintain segregation in the leveling content and even in PVP, but at this point we should at least be able to tackle world quests, run dungeons, and raid together.

This is the big daddy of announcements that Blizzard fans are waiting for with bated breath. It’s been a long, long time since we were last poking Orcs and being greeted with a heartfelt “Zug Zug!”. While World of Warcraft does a great job of immersing you in the fantasy of Warcraft, it doesn’t match the strategy games in making you feel part of an all out war (however, the pre-expansion event before Legion came darn close). Building up bases and sending small armies into battle is still an exciting prospect, plus the Warcraft campaigns were an excellent conduit for the broader story. If Blizzard really wants to rock the house for their 25th anniversary, they’ll announce Warcraft 4.