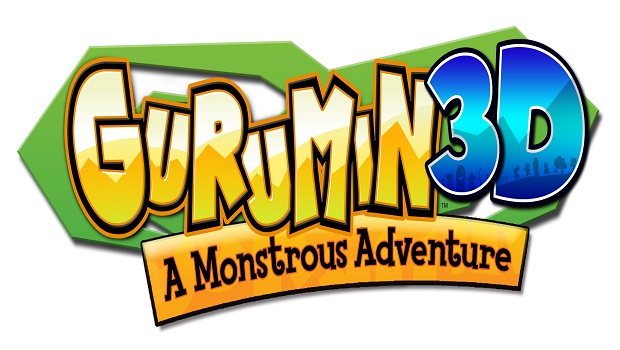 With today’s games vying for realism and complexity, it’s always a breath of fresh air when something comes out that’s simple and just plain fun. Originally released in North America nearly a decade ago, Gurumin was an action RPG that was a refreshing callback to PS1 games of the 90s. Now re-released for the 3DS, Gurumin 3D remains the great game it was years ago, with an easygoing atmosphere and addictive and accessible gameplay.

Gurumin puts you in the shoes of Parin, a girl that moves into a secluded town with her grandparents. Bored because there aren’t any children her age, she stumbles across a world of monsters only she can see. After befriending them for a while, a group of phantoms rush in and fracture the monsters’ world, with only Parin and her trusty drill to save the day. It’s a story that doesn’t get in the way of gameplay and, although it’s very rudimentary, it paves the way for the rest of the game.

At first the game feels run-of-the-mill, but it ends up being surprisingly simple and deep. You can can attack enemies with your drill through mashing the A button, or special attacks that can be learned later in the game. By dodging and attacking enemies, you can charge up your drill to increase your attack power, and can equip drill parts and accessories to assist you in your journey. Levels are also filled with hidden passages and pots to break (ala Legend of Zelda), and they’re necessary in order to get the best rewards through end-of-level grade evaluations. The medals provided are optional, but the rewards for getting enough of them are very helpful, so it’s a nice way to add replay value (and grab some bragging rights).

The presentation is charming in a cute way. While the voiceover is filled with some prominent actors, the whole thing sounds like a Saturday morning kid’s anime. It might turn some off, but those who stick with it will find a brightly colored world filled with a sense of whimsy. For a rereleased port, the 3DS version holds up pretty well, with some minor framerate issues in very intense situations and a bug where the soundtrack weirdly loops when entering another area. This isn’t present anywhere else in the game, so it’s only a minor annoyance, albeit noticeable. There are minor 3D effects that are nice, but don’t aesthetically affect the game positively or negatively, so their presence is negligible.

While the controls are simplistic and easy to grasp, the game’s difficulty will ramp up if you’re unprepared; the first proper boss isn’t a cakewalk, and requires some strategy to defeat. While most bosses boil down to “memorize attack patterns and attack when they’re down,” actually doing this will take some time. Dealing with boss attack patterns is a fine balance between dodging and knowing how much damage you should deal before the enemy retaliates, so you’ll have your hands full with this one.

Due to the phantoms’ actions, the world is covered with a dark mist, and by finishing levels and rescuing monsters, you can unlock more levels through a piecemeal fashion. While this means backtracking stages, it also means that you don’t have to keep playing through the same level types and can choose where to head out next. With the world slowly unlocking, you can feel a sense of progression that harkens back to the PS1 era. It’s a nice touch that doesn’t lose its charms even after a dozen hours of playtime. Additionally, there are more difficulties to unlock and other secrets on repeated playthroughs, so you can easily get lost in the world of Gurumin 3D for quite a while. It might not have much in terms of added features, but new players should easily feel at home, especially with the $15 price tag.

At the end of the day, Gurumin 3D does what it needs to, and does it well. A charming throwback in form and function to classic PS1 RPGs, this re-release is a fun romp down memory lane.

Elisha Deogracias is an aspiring accountant by day, freelance writer by night. Before writing for Gaming Trend, he had a small gig on the now defunct Examiner. When not being a third wheel with his best friends on dates or yearning for some closure on Pushing Daisies, he's busy catching up on shonen manga and wacky rhythm games. Mains R.O.B. in Smash. Still doesn't know if he's a kid or a squid.
Related Articles: Gurumin 3D: A Monstrous Adventure
Share
Tweet
Share
Submit