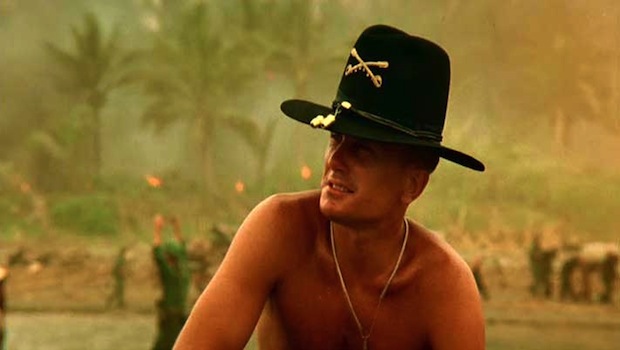 San Francisco. 07/30/13. 2:00 pm. After a long flight from New York, which I mostly spent reading Stephen King’s “It” and watching downloaded episodes of HBO’s “24/7 Road to the Winter Classic” featuring the Flyers and my beloved New York Rangers, I was greeted by the glorious California sunshine and the scent of the ocean on the breeze. I was headed to a press preview of two games by Kalypso Media, Air Conflicts: Vietnam, an arcade-style combat flight simulator, and Rise of Venice, a game where you hone your trading skills during the Renaissance in Italy. Here’s what I saw:

[singlepic id=15090 w=320 h=240 float=left]For clarity’s sake, I will be discussing my impressions of Air Conflicts: Vietnam here, while you’ll be able to read my thoughts on Rise of Venice later in the week. After a short drive from the airport, I arrived at a gorgeous loft apartment where the event was being held, and which Kalypso had transformed into a pretty good approximation of my idea of heaven. I got comfortable on a couch facing a huge TV and quickly became engrossed in the demo being put on by Mario Kroll, Vice President of Kalypso Media.

[singlepic id=15091 w=320 h=240 float=right]We were introduced to America’s war in Vietnam at the height of the conflict, a world populated by adrenaline junkie flyboys and soldiers of questionable sanity. The pilots are the men on your roster, and as the story progresses, you’re certain to form attachments to the names on the list, imagining various personalities and perhaps reflecting the various talents and abilities that they bring to the battle. If you lose a man during the course of the campaign, he will not respawn, although there is a difference between a pilot getting killed outright by a well-aimed RPG, and winding up MIA. The latter variant allows for a small side mission, where you head out to the jungle to try and get him back again – if he can survive the elements and manage to evade the roving bands of NVA troops long enough. We didn’t get to see what happens when time runs out, but I imagine it’d go a little something like what happens to Steve Zahn’s character in Rescue Dawn. Speaking of which, the game has a highly cinematic feel to it, as any good game should nowadays, though the other writers and I were somewhat disappointed to learn that “Ride of the Valkyries” would not be included on the soundtrack for the helicopter missions.

[singlepic id=15092 w=320 h=240 float=left]As you progress through the campaign, you’ll be tasked with handling a wide variety of aircraft from the time period, such as the F-105A Thunderchief, a supersonic jet packing an intimidating arsenal, as well as the iconic UH-1 “Huey” helicopter, which for missions is outfitted with a .50 caliber machine gun poking out of the side. This prompted multiple references to that crazy door-gunner from Full Metal Jacket, and during the demo the Huey was shown to be quite powerful deadly, able to handle much more than just troop transport.

[singlepic id=15094 w=320 h=240 float=right]Missions move at a frenetic pace, and you’ll want to make liberal use of the “evasive maneuver” button combos, while still relying on your own instinctive flying abilities. Helicopters require patience and planning as you try to figure out the best way to outflank ground targets, while jets force you to adopt more of a balls-to-the-wall approach. You’ll need to think fast in order to shake pursuing MiG fighters off your six, or strafe AA emplacements while cruising in at about 100 meters above the treeline. The lack of realistic damage to your aircraft – a feature I adore in multiple other combat flight simulators – came as a mild disappointment. I’m one who loves to watch damage build up over the course of a mission, then complete the objectives and nurse your bird back to base. However, Air Conflicts: Vietnam offers no pretense of being a hardcore pilot trainer, which is far from being a bad thing, especially for the more casual gamer. There’s a fine balance to be struck between the realism that players have come to expect nowadays, and the arcade-style fun that comes with being able to jump right in and have a blast. No one likes to slog through arduous tutorials, and I thought that Air Conflicts hit just the right notes in terms of making the game fun, exciting, and highly accessible, but not making the missions too easy. There weren’t any of those awkward moments where the AI seems like it’s holding back or embarrassingly unaware of you, and the flak from ground forces could make things pretty hairy if you weren’t careful.

When I was given the chance to try it for myself, I started with a “Huey” mission, tasked with taking out a few AA batteries near a river delta, tucked in behind a low mountain range like a nest of poisonous snakes. The controls were very easy to pick up, and the challenges of negotiating lift versus thrust were more forgiving than other games with less finely tuned control schemes.

[singlepic id=15093 w=320 h=240 float=left]I buzzed in over the hillsides, keeping a respectable altitude before swinging to the right to try and get an edge by flanking the flak cannons. To my chagrin, I miscalculated the approach, and found myself hovering directly above the waiting guns of the enemy. I desperately tried to get out of the way and point my nose down, simultaneously letting off a barrage of rockets that cascaded into the jungle just beyond my targets. The muzzle of every cannon in that nest swung around to hone in on me, and in seconds I found myself in a veritable lightning storm of rounds whizzing past and exploding all around me. I should point out here that the game achieves a kind of visceral ferocity when you’re caught in such a firestorm, which I found very effective. In desperation, I threw the Huey in reverse and tried to exfiltrate, but by then it was too late. A shell crashed through the windshield, killing everyone onboard in a fiery explosion that bloomed in the sky like an orange flower. The fuselage fell to the earth in flames like a burning tin can, and I relinquished the controls to some other brave soul to try his luck.

Despite my ill-fated mission attempt, I thoroughly enjoyed myself, and am looking forward to getting another crack at it soon. We were looking at a highly polished game one of its final Beta stages, and the final version is slated for a release sometime this fall on Xbox 360, PS3, and PC, and should retail in the mid-range at around $29 to $39. Keep an eye out for it at your favorite local retailer, and I promise it will be well-worth the wait.