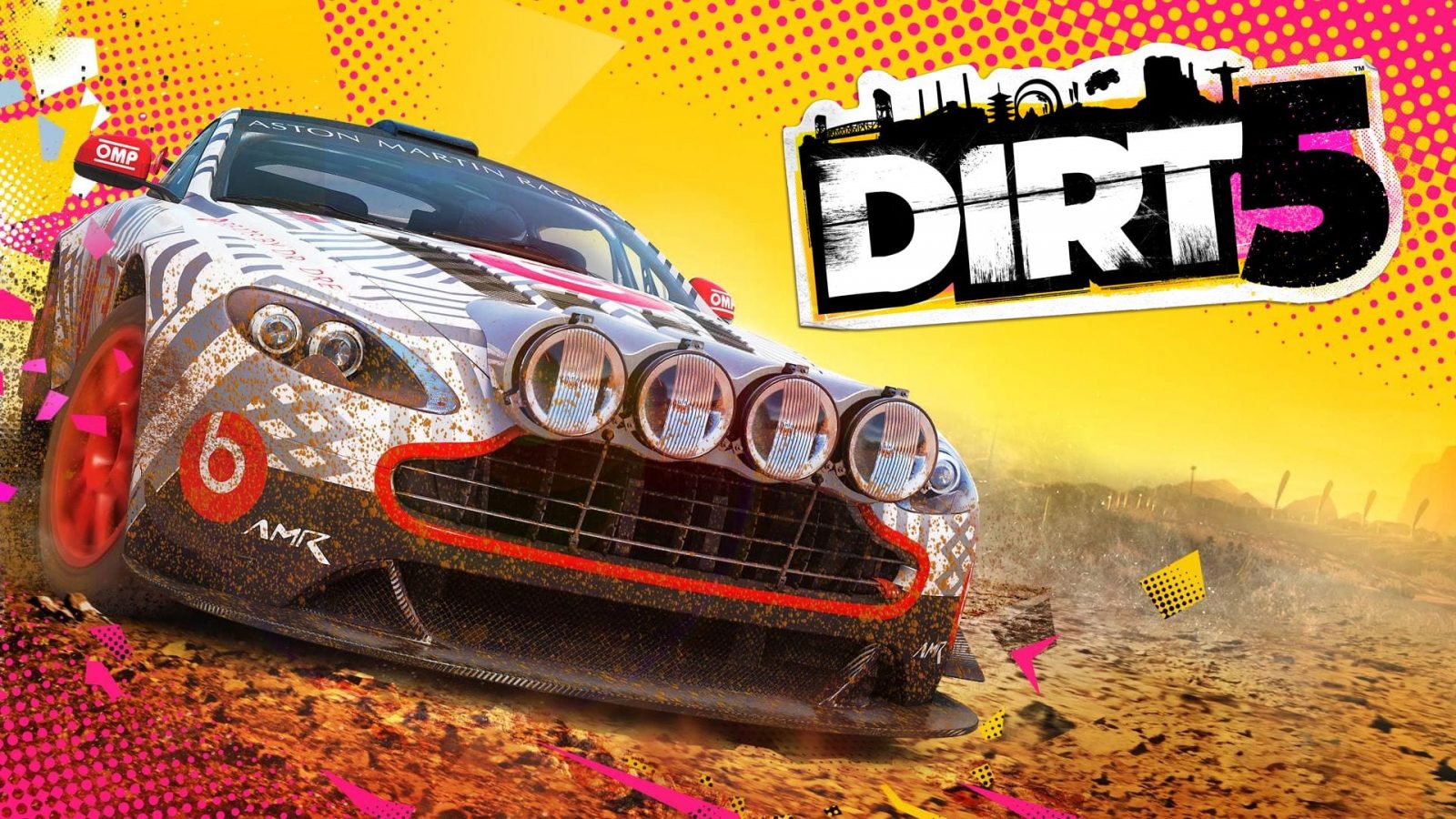 I’ve been granted early access to Dirt 5: Playgrounds, a game mode new to the Dirt franchise that invites players to design, race on, and share their own tracks. I always love it when games add features that allow gamers to interact with one another in a community, so I was excited.

Pink and yellow designs and pop-punk music greet you as soon as you boot up Dirt 5. It’s immediately clear that you’re in for a high-octane game that doesn’t take itself too seriously. Before I was ready to build my own course, I had to practice, so I hopped into some custom courses published to the online database.

When it comes to racing in Dirt 5, it’s not so much about the straightaways and high speeds you can reach in Ferrari or Lamborghini as much as the rough and tumble, the mud and carnage, and making good time around tight turns and over bumpy obstacles. The first few maps I played on looked impressively well-designed. I was in a massive stadium jumping through rings of fire, getting decent air on ramps, and slamming against walls. I was especially good at the ‘slamming against walls’ bit.

The courses time you, so you can compete against your friends, or even for world records. That’s where the competitive obsession really kicks in. If you finish a race a few seconds behind the world record, you get this overwhelming urge to try again and cut corners better this time, or dodge this one pesky obstacle. When the game is released in full and a lot more people are playing it, a second or two off of your time could mean the difference between 20,000th place and 15,000th!

The controls for driving are easy and satisfying: RT for throttle, LT for brake, B for handbrake, LS to steer, etc. But building 3-D courses is a whole new animal. You can choose from lots of different course parts, like racing platforms, dirt patches, ramps, stunt scenery, and more. Then you just rotate them and piece them together like giant Hot Wheels tracks. I turned on the optional “set the height” feature which allows you to vertically raise and lower pieces too, leading to more complicated, but more extreme opportunities. There is a snapping feature that attempts to help you align pieces quicker and you can seamlessly hop into your incomplete course and test it yourself so you can tweak it as you go; these are both welcomed additions. In two hours or so, I built a fun, ridiculous looking course that defied all laws of physics and had a blast racing on it. 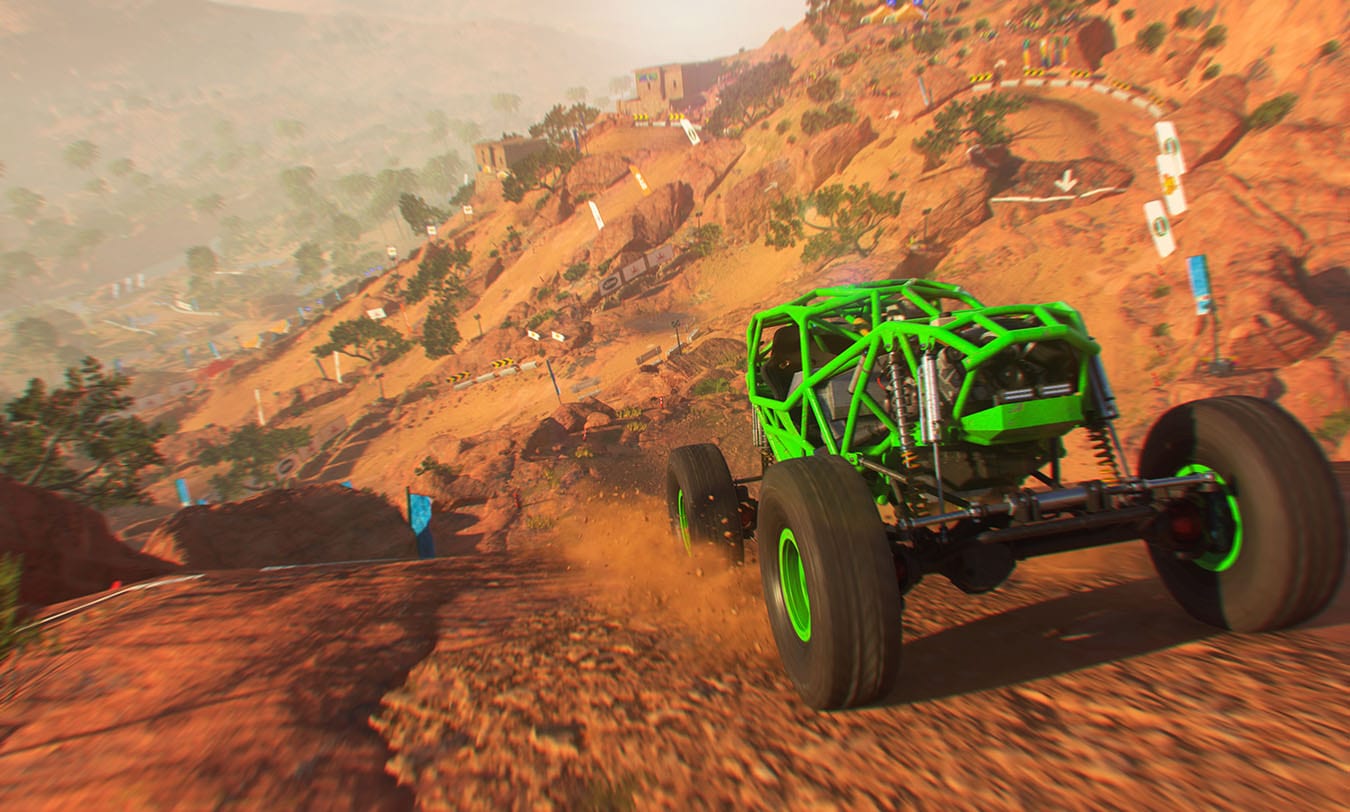 I’m excited to see what the finished product is like when Dirt 5 is released in full. Looking forward, I’d love to see a few additions to Playgrounds like more choices of setting for your courses, the addition of weather, and stuff like that. The controls work pretty well for what they aim to do, but there were a few difficulties as well. I attempted to make a big, tall wall in my course and it took forever. It was like putting together pieces of a vertical puzzle. I would have loved a more user-friendly feature; something like a wall that you choose the HEIGHT of, and it stretches from that height all the way to the ground automatically, for example. When I was playing other peoples’ courses, I also found a couple places where I bounced off the track for no reason- perhaps some impossible-to-see tiny imperfections in track heights or something. I’m not sure, but I had so much fun playing it that I wasn’t at all discouraged by these snags. If the creators of Dirt 5 are as invested in issues like these as I think they’ll be, updated improvements can be expected. I very much look forward to the game’s full release on October 16th, 2020!