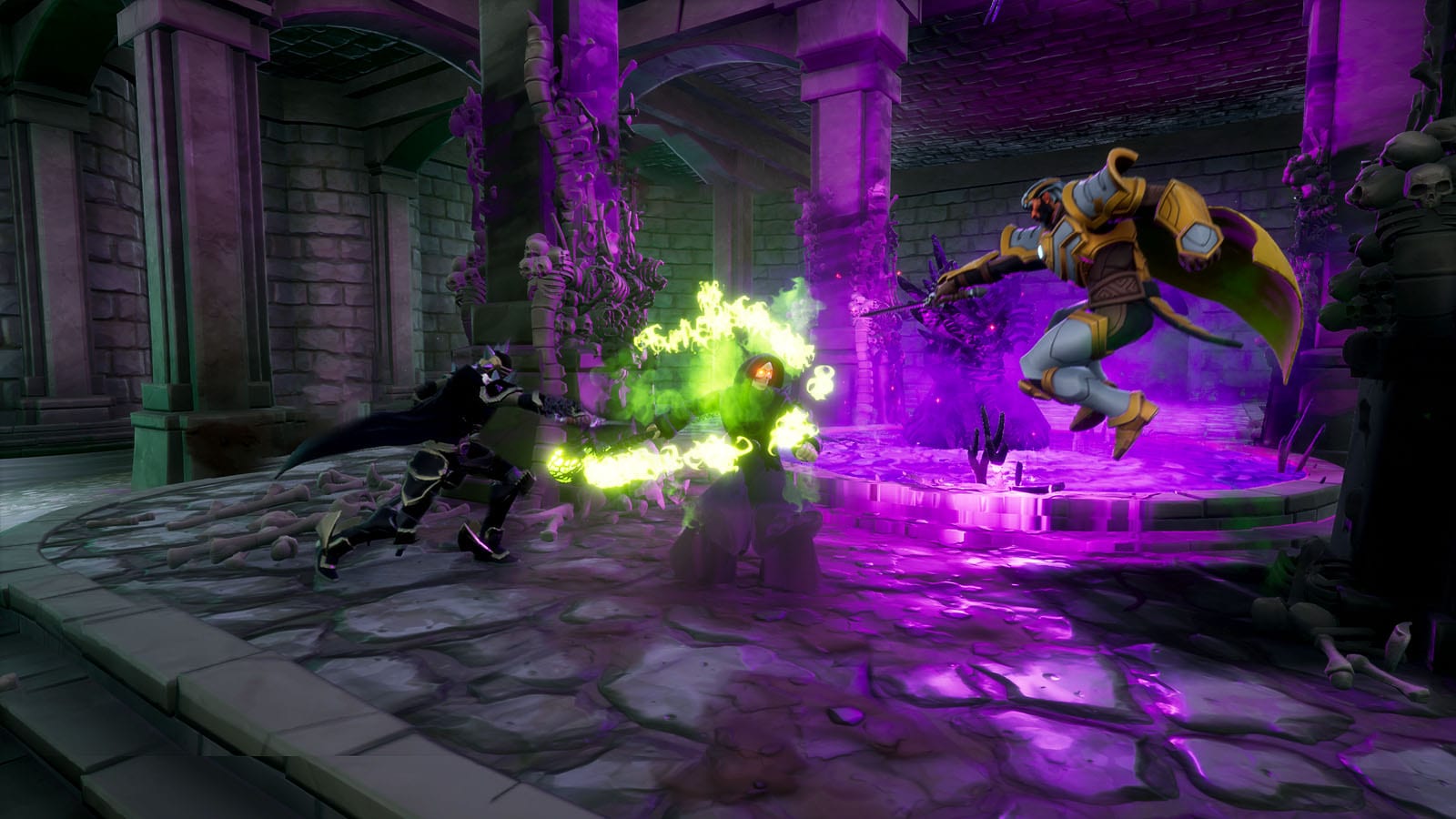 Manticore Games has announced that over 100 new free games which were created for their Dungeons & Dragons Design-A-Dungeon Contest are now available on Core, a new platform for creating and playing games. There were over 150 submissions and with Core players can play some of the winning games and use portals to jump back and forth between experiences.

At the panel, moderator Todd Kenreck of D&D Beyond brought together some of D&D’s brightest stars—comedian, musician, and voiceover artist Reggie Watts, WWE® Superstar Xavier Woods®, Critical Role’s Sam Riegel, Deborah Ann Woll of Relics and Rarities, and Penny Arcade’s Jerry Holkins—to relive some of the funniest, strangest, and most unforgettable moments from their own personal D&D campaigns. Each of these stories was brought to life as an interactive experience through Core, which players can check out now through portals in the special D&D hub world here. 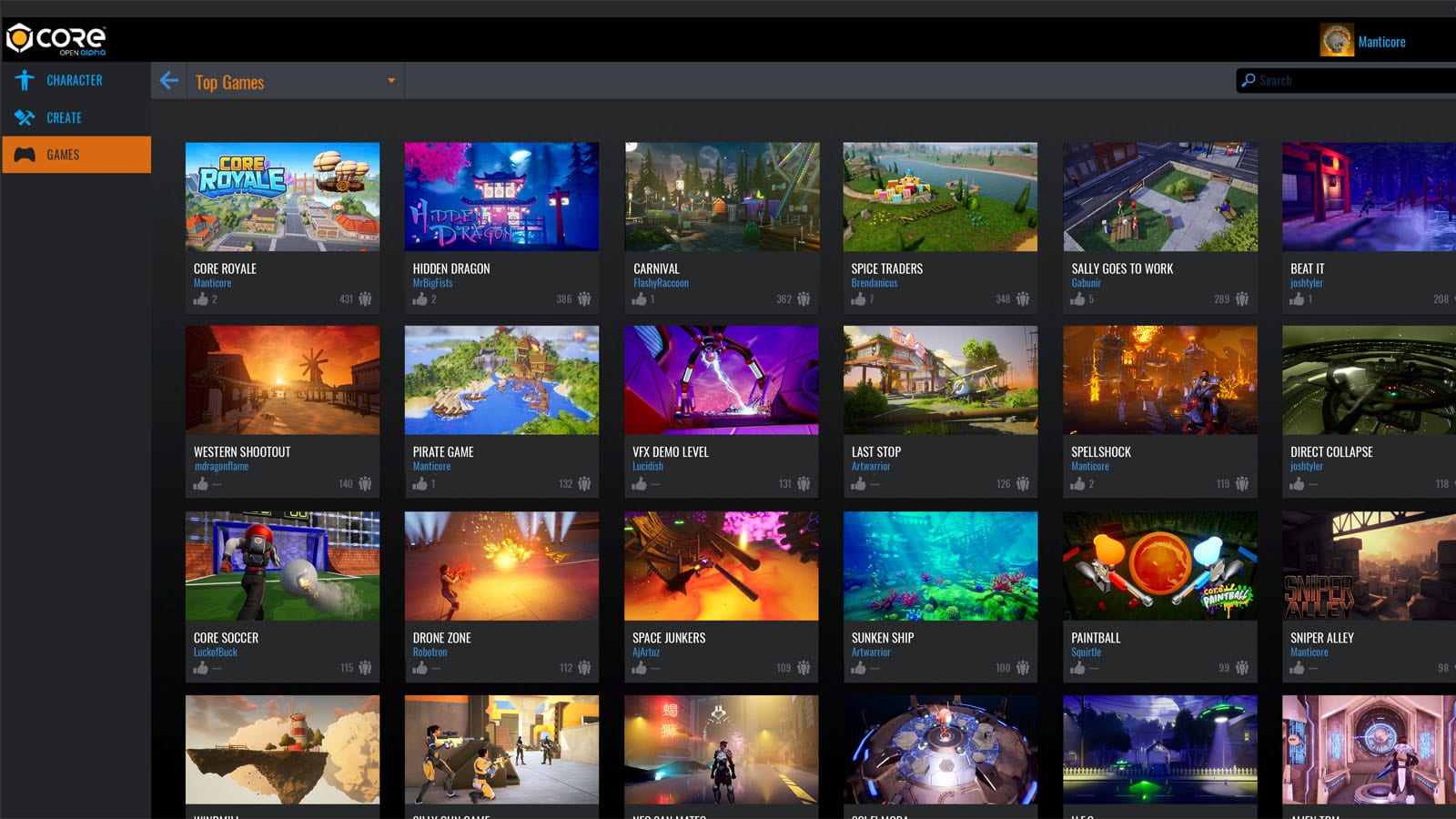 Overall Winner: Forgotten Cisterns by Keppu
As an initiate in the Heroes Guild, you are tasked with a mundane errand – to clean the castle’s sewers. But the simple task quickly reveals something more sinister, a plague of undead who have clogged the castle’s plumbing with the bones of their victims. Fight, loot, and level up to clean out the pipes and take out the boss.

Best Strongholds and Towers: Best Little Horror House by CircleToons
You begin your quest on a dark and stormy night at the Frank ‘n Stein Inn. There’s a castle outside Luskan that’s been overrun by minions of evil and a dungeon master with a sick sense of humor. With writing so good you’ll actually read the dialogue boxes, dozens of Easter eggs, and homages to cult horror classics, you’ll want to explore all of the hidden areas in this horror-comedy adventure.

Best Dungeons Caves and Caverns: Treasure of Baland-Ur by CardinalZebra
Roll your stats and choose your class then enter the ancient dungeon of Baland-Ur. Legend says a cultist of the Bone god built it to store their treasures. Many brave adventurers have failed to loot the subterranean lair. Will you survive and return with unimaginable wealth? Secret rooms, traps, magical cauldrons, and monsters await the intrepid adventurer.

Best Wilderness: New Lumeria: Stillwater by BryceLovesGaming
Explore the area around the Village of Stillwater, a small mining round nestled in a forested valley. Uncover the secrets of the Mysterious Spire, a strange structure that radiates magical energy. Complete quests, solve puzzles, and help a dragon with a fox problem in this open world adventure.

Best Elemental Planes: Corruption of Aurealis by kelseru
The Aerie, a cacophony of mysterious floating islands, is in peril. Eerily beautiful crystals plague the once sacred lands, disturbing the magical balance and corrupting the colossal guardians of the elements with malevolent power. On top of this sudden emergence, the Goddess Kasura has vanished, leaving the realms vulnerable and in chaos. Join Atro, a quirky wisp, as you uncover what lies beneath the corruption and restore the magical balance to the Aerie!

Head over to the Core today and get started playing some of the games by new designers and stay tuned to Gaming Trend for all your tabletop news.