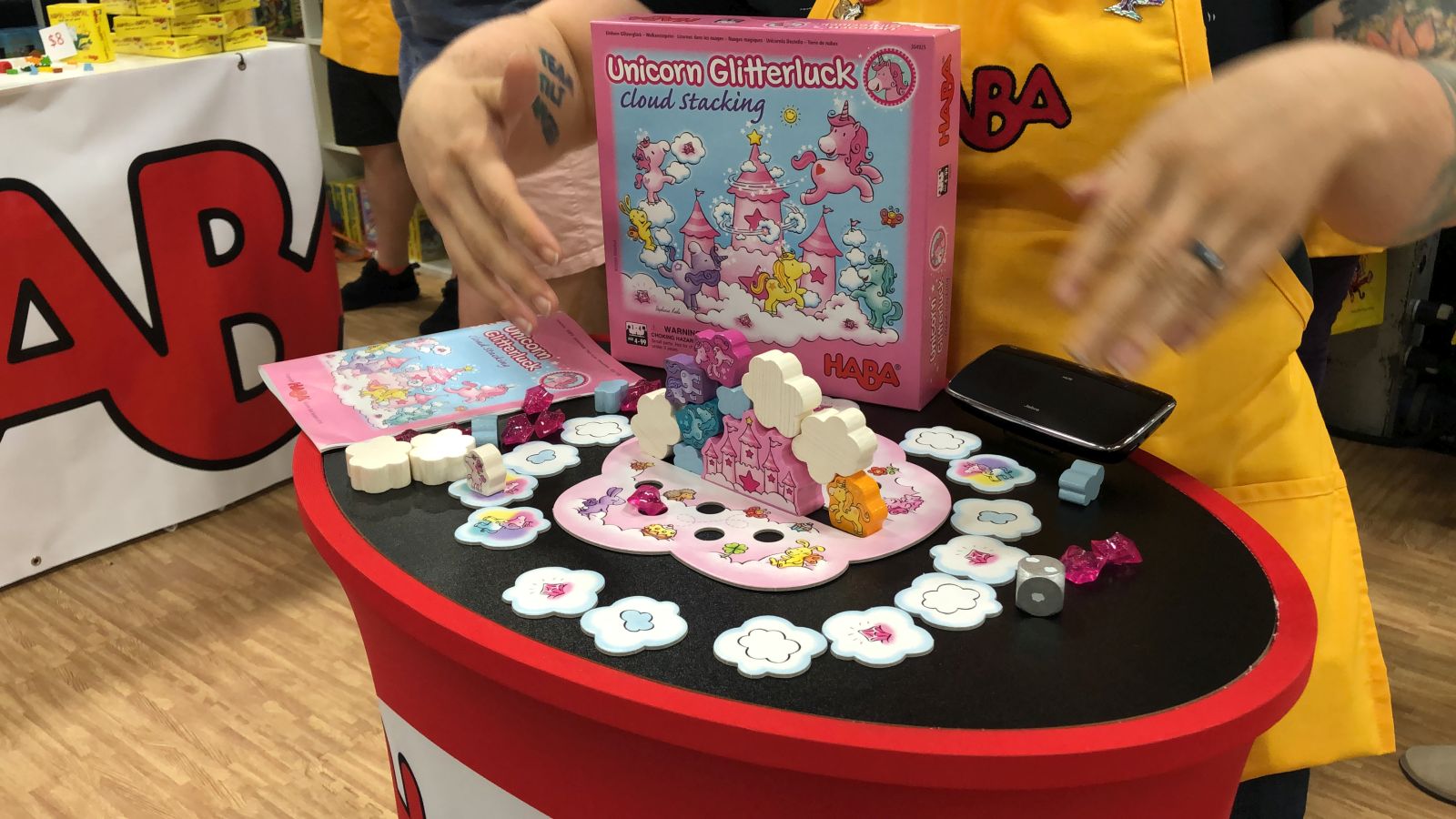 HABA is known for their great games for kids. Some of them involve stacking, like Rhino Hero and Animal Upon Animal. Now HABA is expanding upon that formula with Unicorn Glitterluck Cloud Stacking.

When you first take a look at Cloud Stacking you may think it resembles Animal Upon Animal, and there are some similarities. You roll a die to move Rosalie the unicorn along the cloud trail. When you land on a cloud you flip it over and stack a piece or place a crystal in the base. If a piece falls down you need to turn over a blue or white cloud tile. Either a sun or cloud is revealed. The game ends when three clouds are drawn, while getting all ten crystals wins the game. 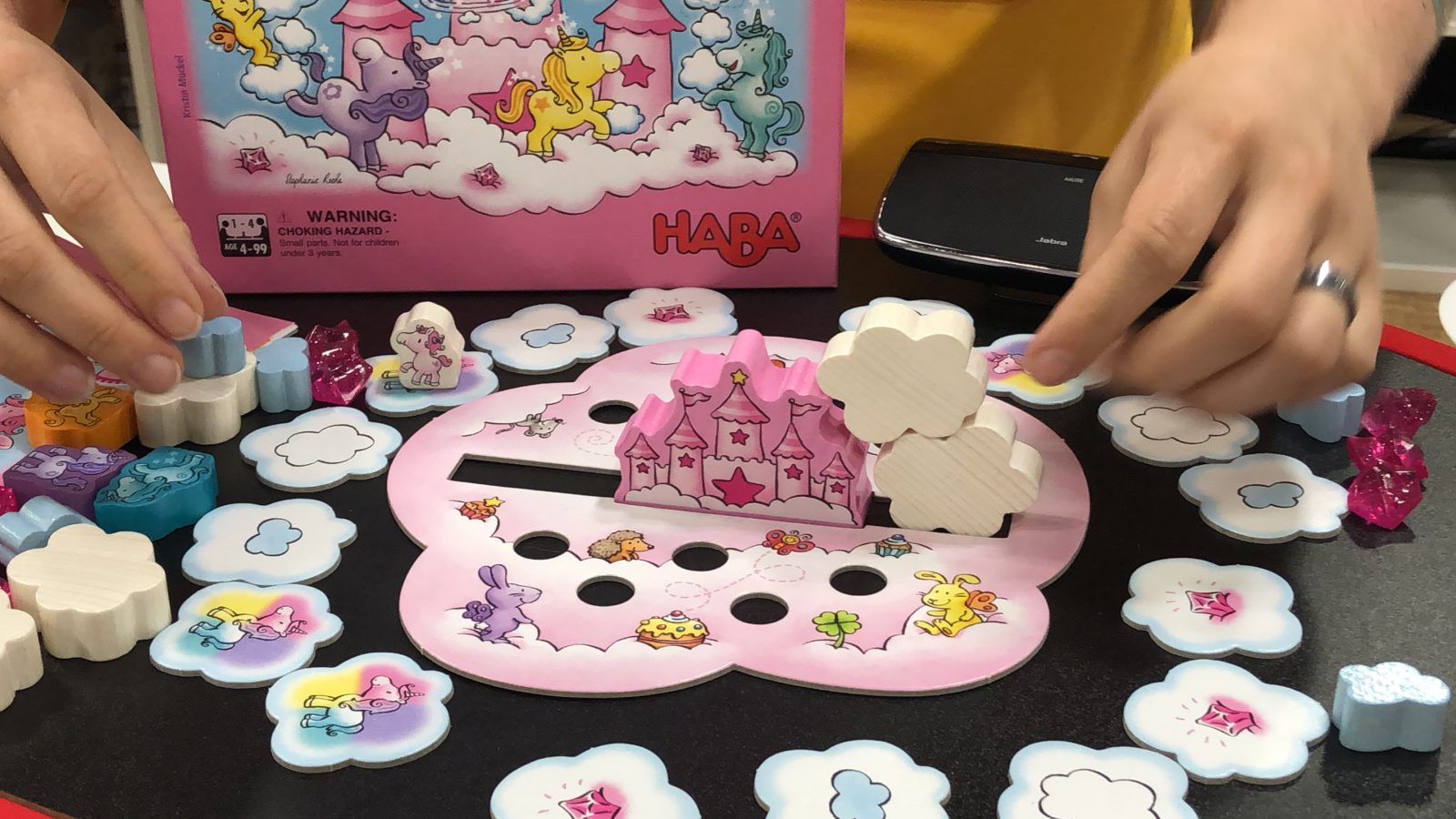 While there is definitely some inspiration from Animal Upon Animal, Cloud Stacking is a completely different beast. The pieces have more rounded edges to them. The points from Animal Upon Animal aren’t there to use. Also, there is some give with the pieces, so the base can slide a bit when putting your pieces on the stack. This adds to the challenge, but the game is fully cooperative so you are trying to not intentionally give another player bad luck.

Unicorn Glitterluck Cloud Stacking is a simple game, but it looks like there’s more to it than meets the eye. Be careful when saying the name, but be on the lookout for this game on store shelves.