Today, independent developer Kelle Van Doorne announced that he will release the RPG Viola for PC via Steam Early Access on July 23, with a full release next year. The game features a bright JRPG aesthetic with music-based turn mechanics.

Play as Viola, a young girl trapped inside the fantasy world of a magic violin. Follow her quest as she makes friends and unlocks the mystery of a fantastical musical world. While platforming across the world you’ll seamlessly engage in turn-based battles. To win these battles you’ll meet a colorful cast of 10+ characters to join your party! Viola is not a passive RPG. Attacks require the player to time their button taps, and to unleash spells you’ll have to follow a series of rhythm game-esque inputs. 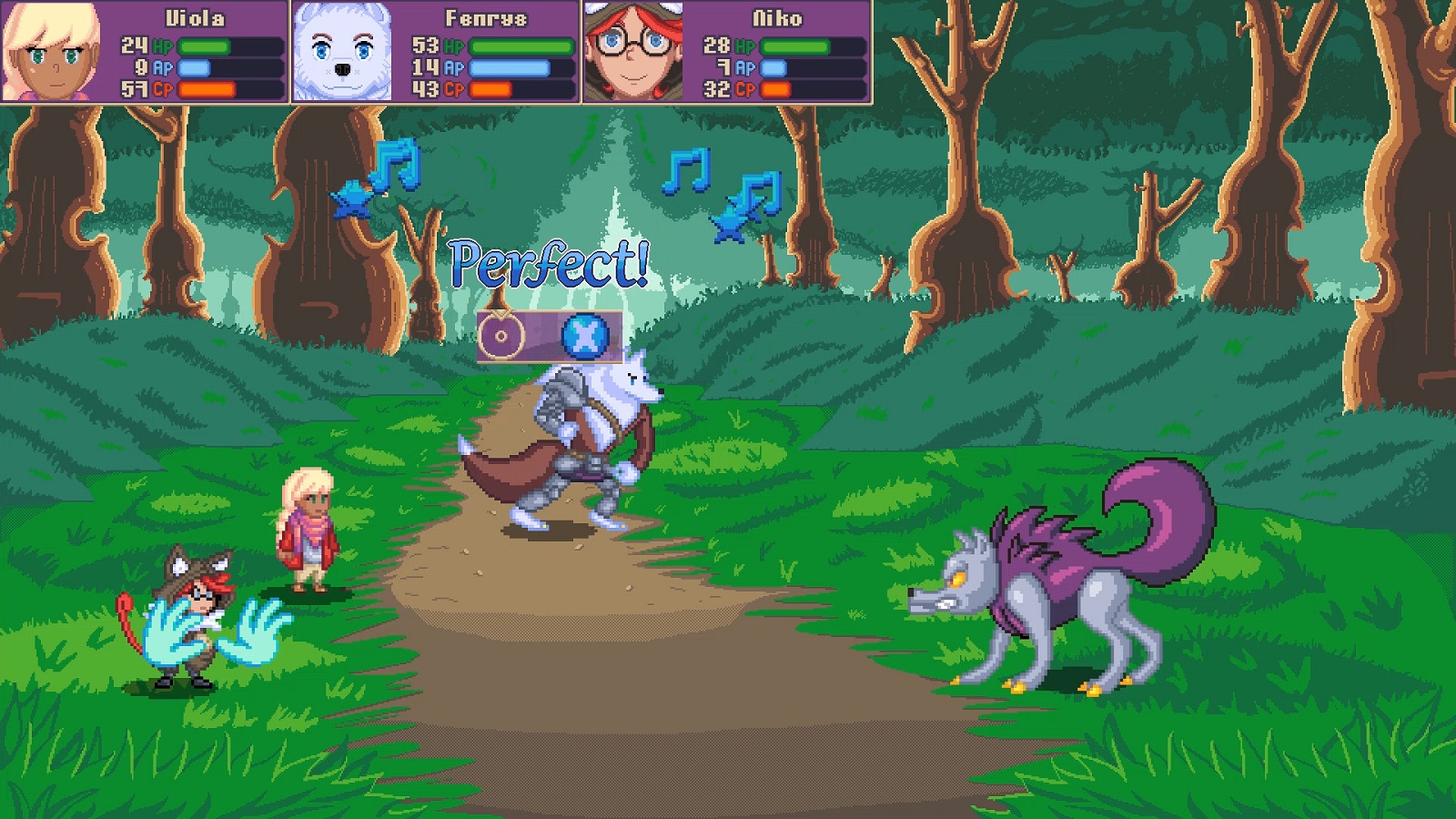 Viola and her new friends will also play music together. Certain songs and characters will unlock different passages and secrets throughout the world. A humorous and emotional story, Viola is about learning to love yourself.