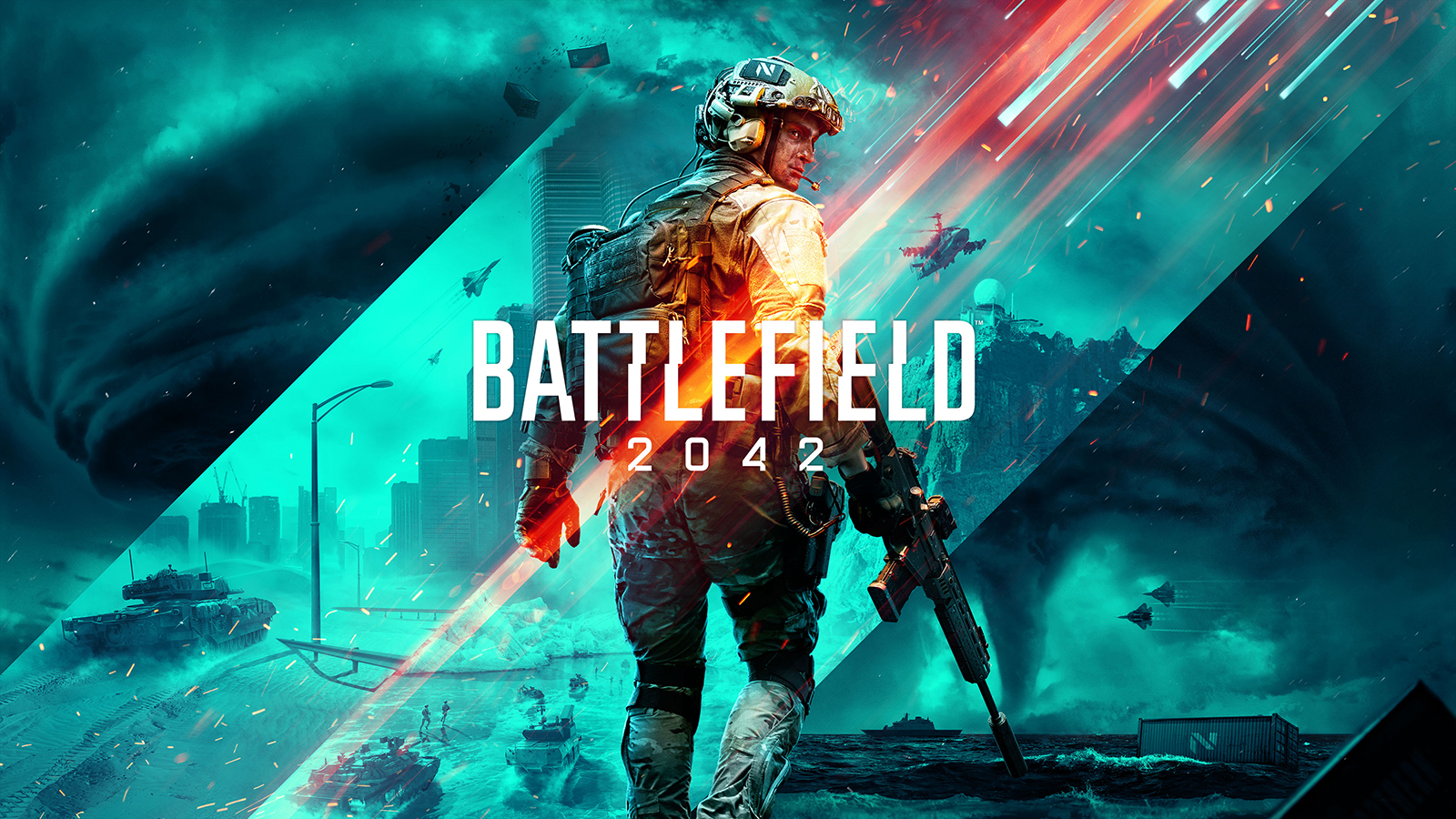 The biggest change is Battlefield will now have a whopping 128 players in a game. The implications of increasing the player size that much are obvious, but because of that enormous change, adjustments had to be made to classic game modes.

Battlefield 2042 will have playlists such as “All Out War.” In that playlist, there are two modes they showed us: Conquest and Breakthrough; two classic modes Battlefield players are very familiar with. Besides the obvious increase to map size to accommodate 64 vs 64 battles, capturing flag points has changed as well.

To help you understand these changes, imagine you’re playing Battlefield 4. You’re on Siege of Shanghai, staring at the map trying to figure out where you’re going to spawn. Let’s say Charlie point is neutral. That point in Battlefield 2042 would be considered a Cluster. Within that Cluster, containing the large skyscraper, are now Sectors. Those Sectors contain objectives that must be completed. By completing those objectives and taking a Sector, you’re able to take the larger Cluster. EA did not elaborate on how all of this works or what kind of objectives you will have to complete in order to take a Sector, but it seems the change is due to the increased player size. I can imagine how hard it would be to take a point when there could be 20 players from either side fighting over a flag at each flag point. With this change, you’re still fighting over control and there are still wild skirmishes, but capturing a point is no longer dependent on eliminating every player on a point before you can raise your team’s flag. In the case of Conquest, since I used that mode as an example, I can’t say the final product will work quite the way I described it, but I wanted to use Conquest’s current iteration to help paint a picture of how the Cluster/Sector system was described to us. 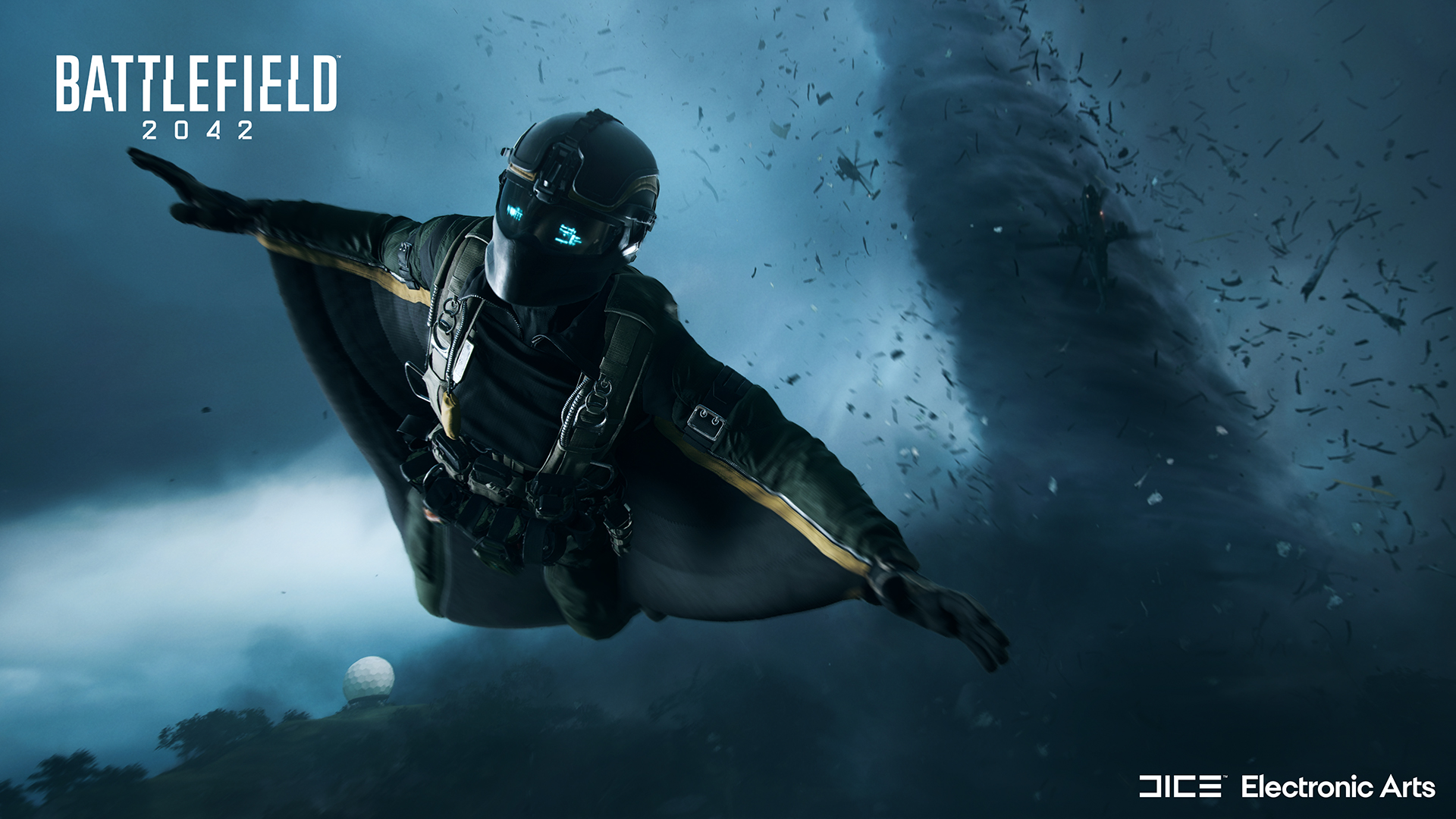 Overall map changes have a – dare I say – gigantic twist besides being bigger. Tornadoes are now a part of the dynamic weather system the developers created. A tornado can rip through each map throwing players and vehicles great distances. You can use it to your advantage or do your best to avoid it. Another map had a giant sandstorm that decreased visibility and covered a stadium. Along with the dynamic weather system, levelution returns and one of the key features was a rocket launch, which EA emphatically stated many times that the rocket launch could go well, or it could go very wrong. There will be other ways to affect maps besides destroying things such as lifting drawbridges, using ziplines, controlling huge cranes, etc. What’s more, you’ll be able to help yourself learn how to activate all these features per map as you will be able to play Conquest or Breakthrough with 128 bots. You can even play with a squad against bots. EA implemented this with the intention to help new players get acclimated to playing their giant sandbox war game.

Another playlist that DICE announced is called Hazard Zone. It’s going to be a squad-based gametype that is described as “distinctly DICE” but is supposed to be very different from Conquest or Breakthrough. They also said it several times: it is not a battle royale. EA will elaborate on that mode in the future.

Battlefield 2042: Everything we know

Weapon customization is also changing and this one sounds really cool. You will be able to change weapon attachments while you’re on the battlefield. It’s called the Plus System, and it allows you to change out barrels, underbarrel attachments, scopes and sights, and ammo types with a pop-up menu during play. How that system works in full and how far that customization goes while you’re on the move wasn’t said, but it sounds like a change that could dramatically improve moment to moment action for players who wish they could have changed to a certain ammo type before they died.

There will be plenty of vehicles to roll or slide in and some new vehicles based on the terrain of the maps – one map is icy. But EA mentioned that you will be able to call in an airdropped vehicle whenever you want. Of course, they did not elaborate, but they did talk about a scenario where they dropped a vehicle on a sniper. We don’t know if it’ll be a command that has a cooldown or if it’s actually a mechanic that’s limited to squad leaders, or if you’re limited to which vehicles you can spawn, but it’s an addition that can change the entire dynamic of battles.

Don’t forget about Battlefield Premium. That’s changing as well. Battlefield 2042 is adopting a battle pass system that will have a free and a – you guessed it – premium tier. EA emphasized that the Premium tier will not contain anything that affects gameplay, which seems to imply that guns will be unlockable in the free tier. 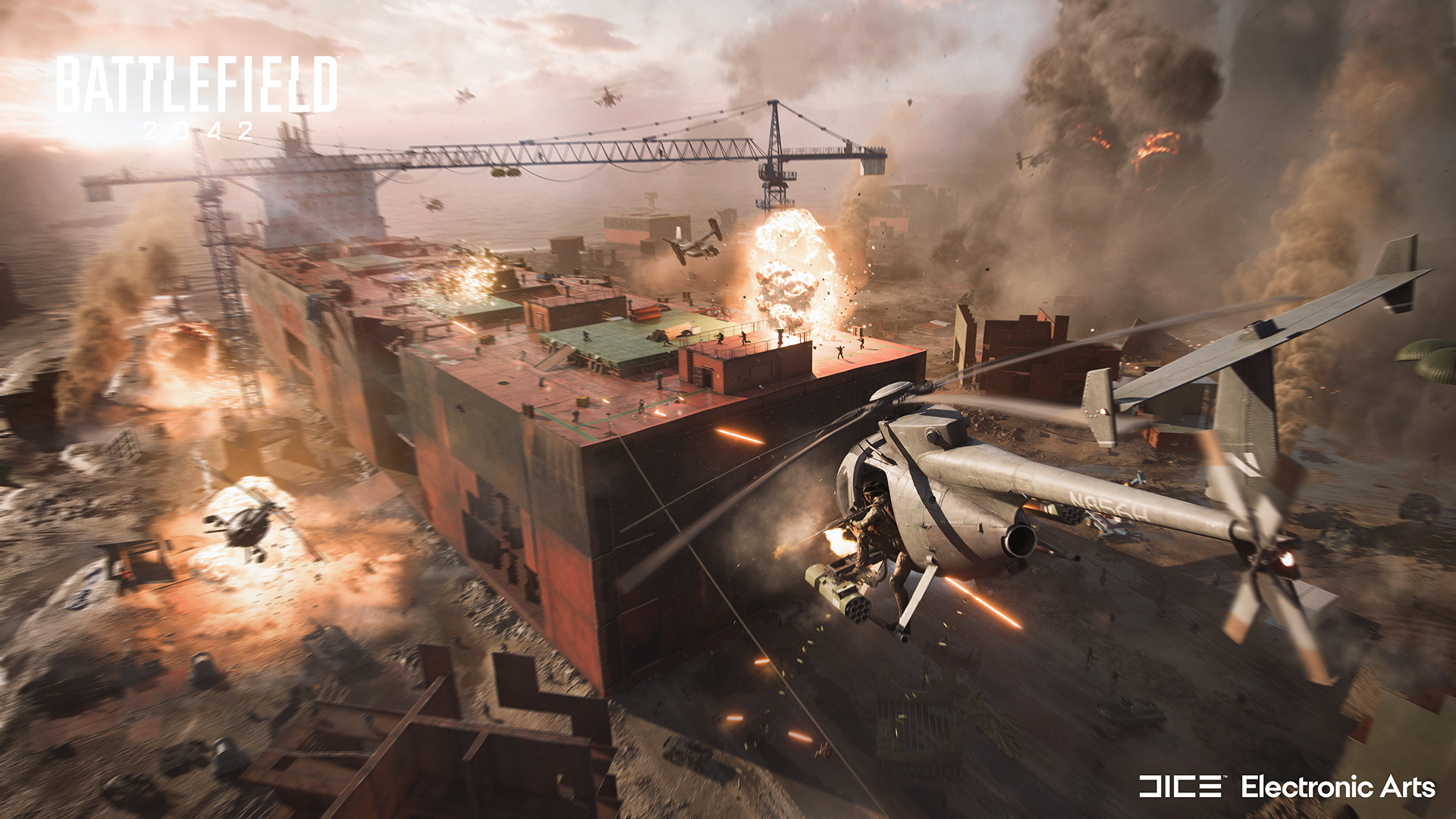 Since there is a battle pass, you can assume there is a live service element and that assumption is correct. There are seasons, but in fact, Battlefield 2042 does not have a single-player campaign. Instead, the story will be told through the live service element over the course of the seasons, which sounds like a combination of what Bungie is currently doing with Destiny 2 and what Respawn attempted with Titanfall. The story follows refugees displaced by the extinction of their countries. They take arms and I.D. themselves as No-Patriated, or “No-Pats.” These No-Pats take sides in a war started by the United States and Russia, but they’re not fighting for those countries, they are using them as a means to create a better future for themselves. We play as the Non-Patriated, so will these story events be executed similarly to Fortnite? EA will let us know in the future, of course.

All that’s been written in this article is based on players playing the current generation of hardware and PC’s, but Battlefield 2042 is also coming to Xbox One and PS4. The Xbox Series X/S and PS5 will have 128 players, but the Xbox One and PS4 will have 64 players. The maps will be adjusted accordingly for players on those platforms, just as Battlefield 4 maps were adjusted for players playing on Xbox 360 and PS3. However, live events, levelution, and dynamic weather will function across all platforms.

As with all things revealed, there will be more information and you’ll be able to find it here on Gaming Trend. Battlefield 2042 will launch October 22, 2021.