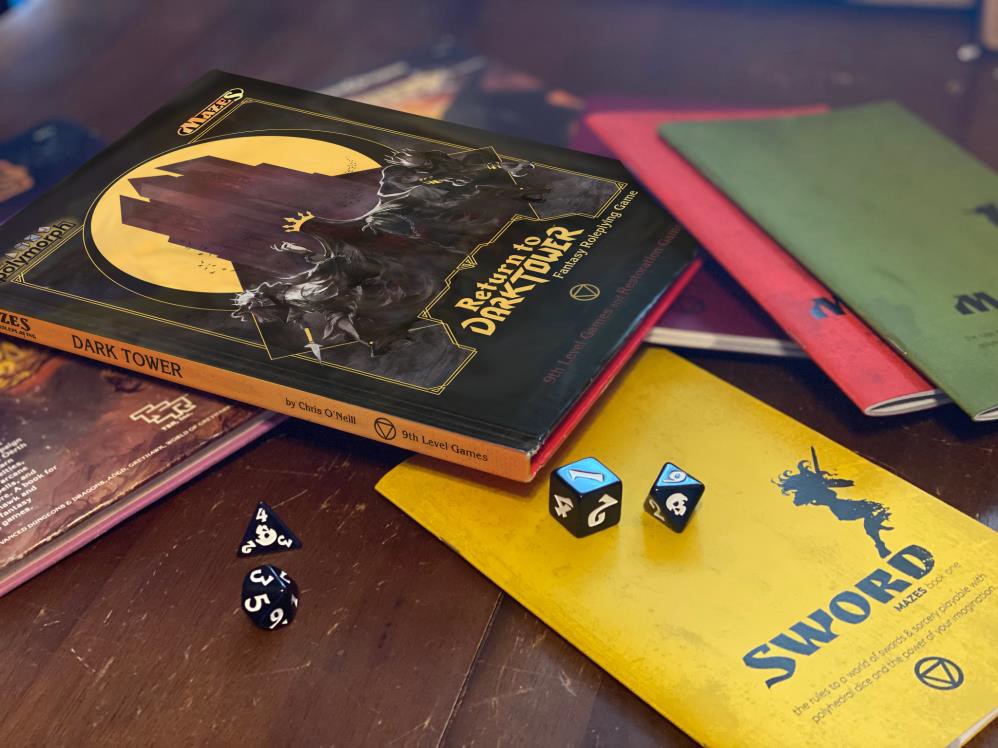 9th Level Games in association with Restoration Games announced today the development of a new roleplaying game, Return to Dark Tower, releasing in 2022.

9th Level Games in association with Restoration Games announced the development of a stand-alone, hardcover RPG system and campaign that will put players in the roles of the heroes of the Return to Dark Tower board game. Over the course of a series of procedurally generated adventures, your party will assemble soldiers and allies, and acquire powerful magic and lore, to attack the Dark Tower and defeat the Evil within. The game will be focused on a short campaign experience and will blend epic action with classic dungeon delving.

“Rob and I, above all else, love role-playing games. As we toiled away at Return to Dark Tower, we knew we were building a world that was rich with potential, and from the outset, we knew an RPG would be amazing. When 9th Level Games approached us about doing just such a thing, we couldn’t say ‘yes’ fast enough. If we weren’t going to do it ourselves, there isn’t anyone we’d trust more than them to build a Return to Dark Tower RPG that was fun, approachable, and exciting. We can’t wait to see the final result. More importantly, I can’t wait for my relic hunter to face off against some brigands and start rolling some dice!” – Justin Jacobson, Owner, Restoration Games

“I was 8 years old the first time I saw the Dark Tower box in the aisles of Kiddie City.  Knowing that I am getting the chance to work on an RPG based on Dark Tower makes me feel like that kid again.” – Chris O’Neill, Designer of Mazes and creator of the polymorph system, 9th Level Games

Polymorph is a compact yet comprehensive rules framework for cinematic roleplaying. It’s designed to provide the full experience of a “crunchy” RPG, but with minimal setup and prep – all without giving up the fun, mechanical depth of an exciting roleplaying system.

Mazes Fantasy Roleplaying is a return to the classic sword and sorcery dungeon crawler with award-winning, yet delightfully simple modern rules that put you right into the action. A thoroughly modern take on the original RPG of dragons, dice, and dungeons!

A Kickstarter campaign for a hardcover version of MAZES is currently underway until June 30, 2021. That project is linked here: https://www.kickstarter.com/projects/9thlevel/mazes

9th Level Games is a small indie game design and publishing house known for its unique blend of humor, playability, and willingness to try new things. Best known for the RPGS Kobolds Ate My Baby, Mazes and The Excellents Princess Roleplaying. 9th Level also makes board games which include the fan favorite Schrodinger’s Cats and Meeple Party.  For more information visit www.9thlevel.com

Restoration Games is owned and operated by attorney Justin D. Jacobson. Design is overseen by their Chief Restoration Officer, the award-winning designer, Rob Daviau. Together, they identify old games that just need a little love and spit and polish to be restored to their former glory and beyond. Their games include Stop Thief, Fireball Island, and Downforce. For more information visit www.restorationgames.com

Stay tuned to Gaming Trend for more info on Return to Dark Tower as it is released!