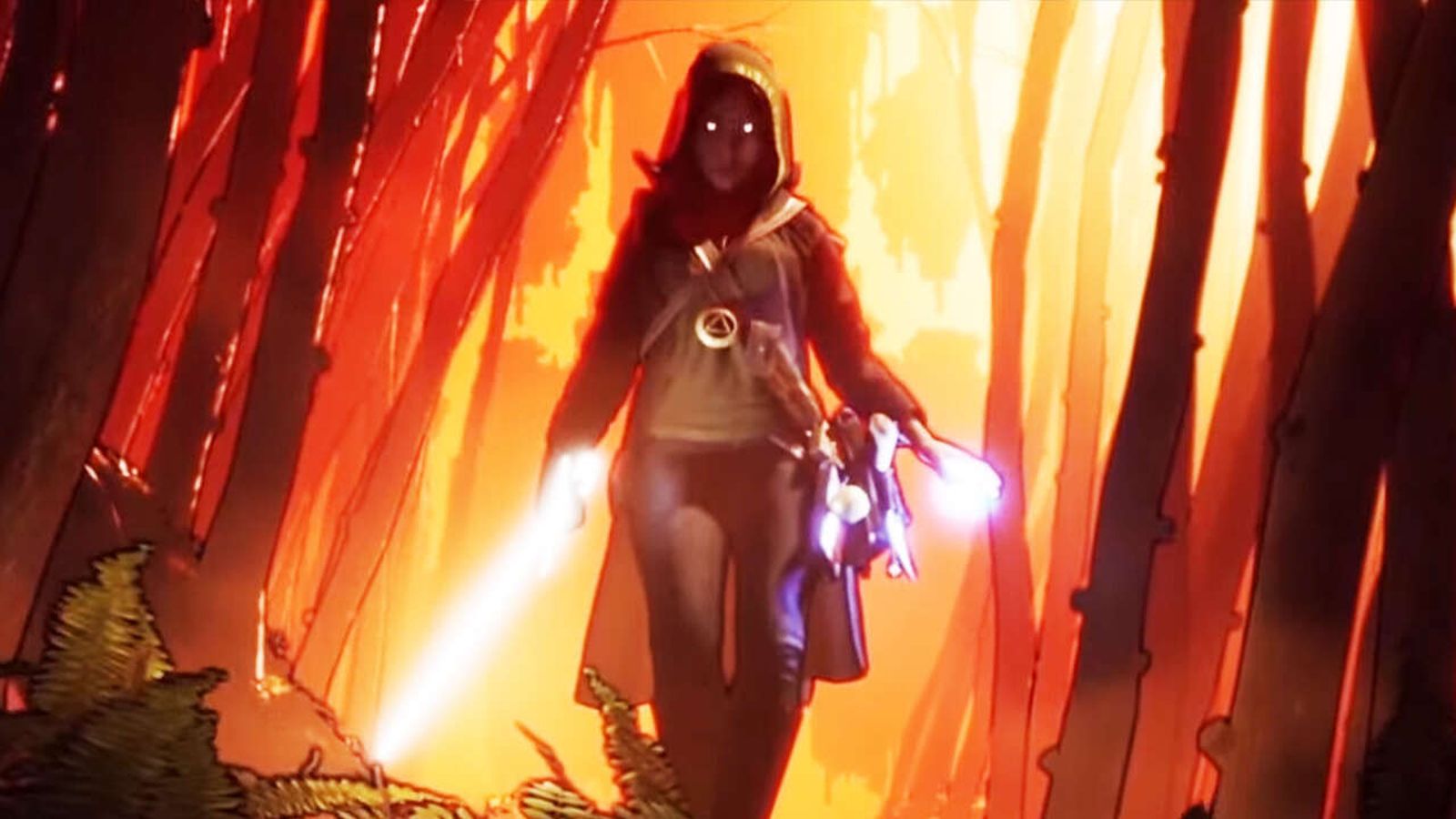 An action adventure game based on the works of H.P. Lovecraft and made by Lara Croft designer Toby Gard? Sign me up! I’ve recently gotten my hands on an Early Access build of Dream Cycle — an adventure game built around magic, combat, and the expansive universe that lies beneath the surface of our dreams.

The story opens with protagonist Morgan waking up on the floor. As she rises to regain her bearings she realizes she’s standing on a massive runic circle that is slowly evaporating. Exploring what looks to be either a museum or a library we begin to see the ancient give way to the modern. A tube TV, flickering fluorescent lights, and stretching concrete hallways funnel us towards a liquid that explodes into some strange red orbs that rapidly enter your body. Yep — this is gonna be a strange one.

The concept of the Dream Cycle writings of H.P. Lovecraft posits that the dreams we have are glimpses of worlds that exist beyond the veil of reality. As such, Toby Gard is saying that the game will ship with 10,000 shards, all procedurally generated. Undoubtedly there will be a set of critical path missions to drive the story beats, but we’ll have to wait and see how the randomized elements work.

Deeper and deeper, Morgan finds a massive cavern underneath the structure. Inside lies something she couldn’t have expected — a massive statue of Kaman-Thah, the avatar of Nasht and the Egyptian god of knowledge. This area will serve as the central area to unlock the various biomes we’ll see come together during the game’s Early Access period. If you are familiar with Lovecraft’s works, this is the Cavern of Flame that serves as the border between the waking and dream worlds.

Morgan is an apprentice magic user, and her goal (at least at this stage of the game writing process) is to find her Great Great Grand Uncle Randolph. Through this brief look at the game we uncover that he has robbed Morgan of her magic for his own nefarious purposes — he wants to become a god. This creates a good power progression for the game as Morgan can slowly level up and earn powers and skills as she goes.

One of the earliest skills you earn in the game is a teleport ability called “Shadow Step”. As the game has Tomb Raider chops, you have to know that there will be plenty of verticality and exploration. This power lets you teleport to surfaces in the environment, even pulling off a mid-air teleport if you’ve got good timing. 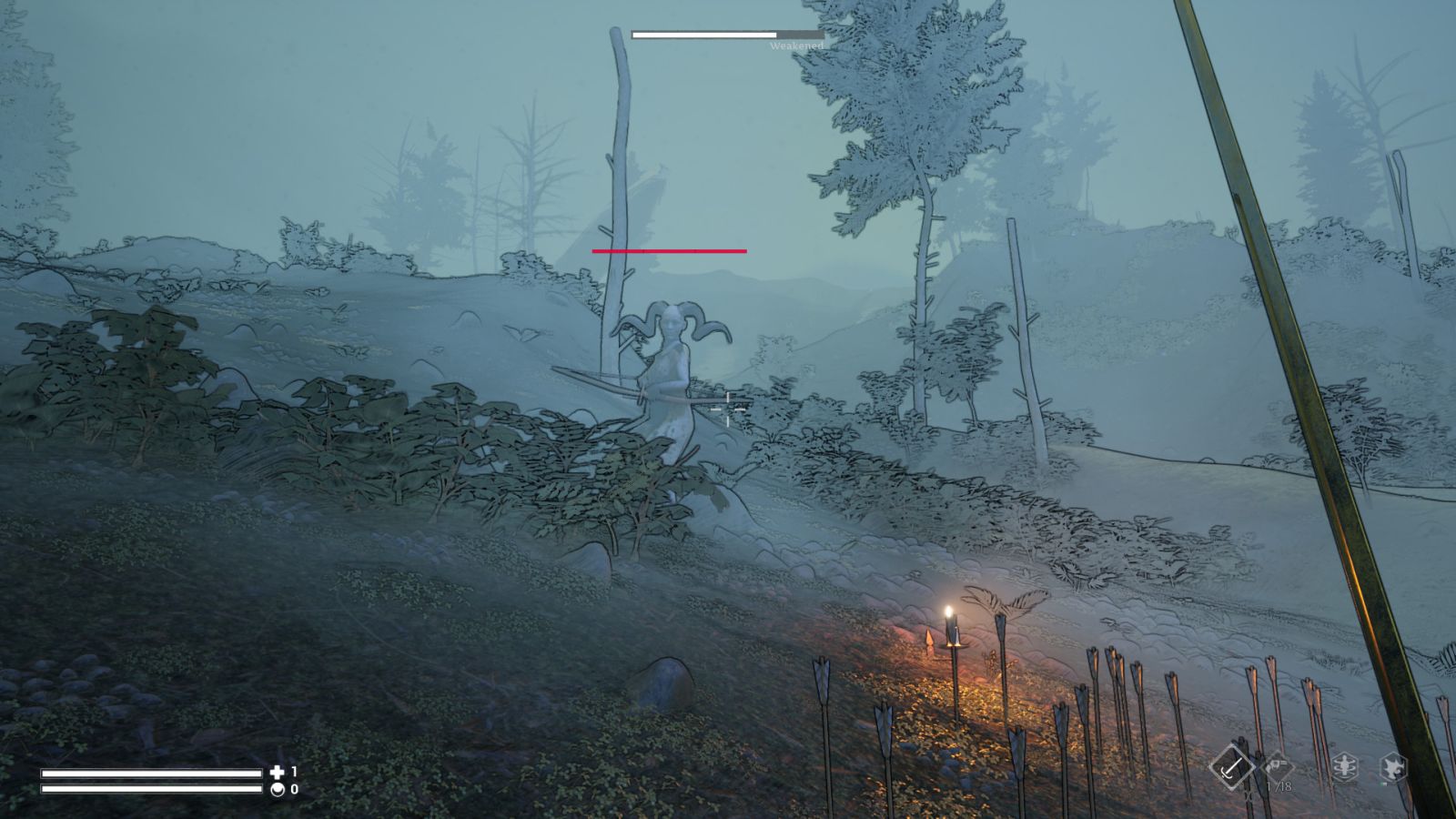 Combat in Dream Cycle is a combination of timing and counter attacking. As beasts attack you’ll have a small window to dodge and then dish out your own attacks in response. This triggers a moment of slow motion to let you pick your attacks. Each enemy has a weak spot, and attacking that weak spot will let you take them down quickly.

As this game seems to blend the ancient world with the modern, you may start out with a sword but that’s hardly the last weapon you’ll pick up. By the end I was alternating between a blade and a pistol. Watching the Early Access trailer, it looks like there are a wide variety of weapons, as well as fresh powers to uncover. It’ll be exciting to see the developers sculpt these worlds into the mysterious world that Lovecraft envisioned.

My only complaint with the exploration at this point is that there’s just so little of it. Right now the worlds feel somewhat empty. In one sequence I chased down orbs that released the same power we’d found in the hallway near the beginning of the game, giving us some world-building exposition in the process. There were just a handful of enemies in this level as well. I’m not sure if this is a critical path level, or if it’s procedurally generated, but the team is promising that they’ll be able to tune the algorithm that drives these elements.

The lighting in this game is unusual to say the least. Sure, there’s plenty of natural light and shadows that you’d expect, but on certain occasions the lighting shifts to a more cel shaded look complete with a hard black outline on the edges of objects and people. Sometimes it’s used as a way to illustrate things in the distance, and other times it’s done for things up close. This pencil sketch style is very cool, but it’s applied in an almost random fashion — I’m hoping the dev team embraces this and uses it more purposefully as it’s unique.

I came away from this early build of Dream Cycle with some diverging opinions. There are a lot of elements that will be extraordinarily difficult to pull off, such as the randomization of 10,000 worlds without heavy repetition. Games like Hellscape: London have tried a randomized tile system and came face to face with the technical challenges this approach brings — I hope developer Cathuria Games can deliver. Environments look solid, but character faces are very last-generation, devoid of detail. Combat is fairly basic, but the large variety of weapons gives you many ways to play. Exploration is the lure, and your powers help accomplish that, but the worlds to explore are still sparsely populated. All of this said, there’s absolutely no ignoring the incredible amount of ambition in this project. I’ve seen Early Access games transform from janky demos to some of my favorite games of all time, and with Toby and his team at the helm, I have no doubt that this is one to keep an eye on going forward.

Dream Cycle has just entered Early Access on PC — you can try it for yourself right here.