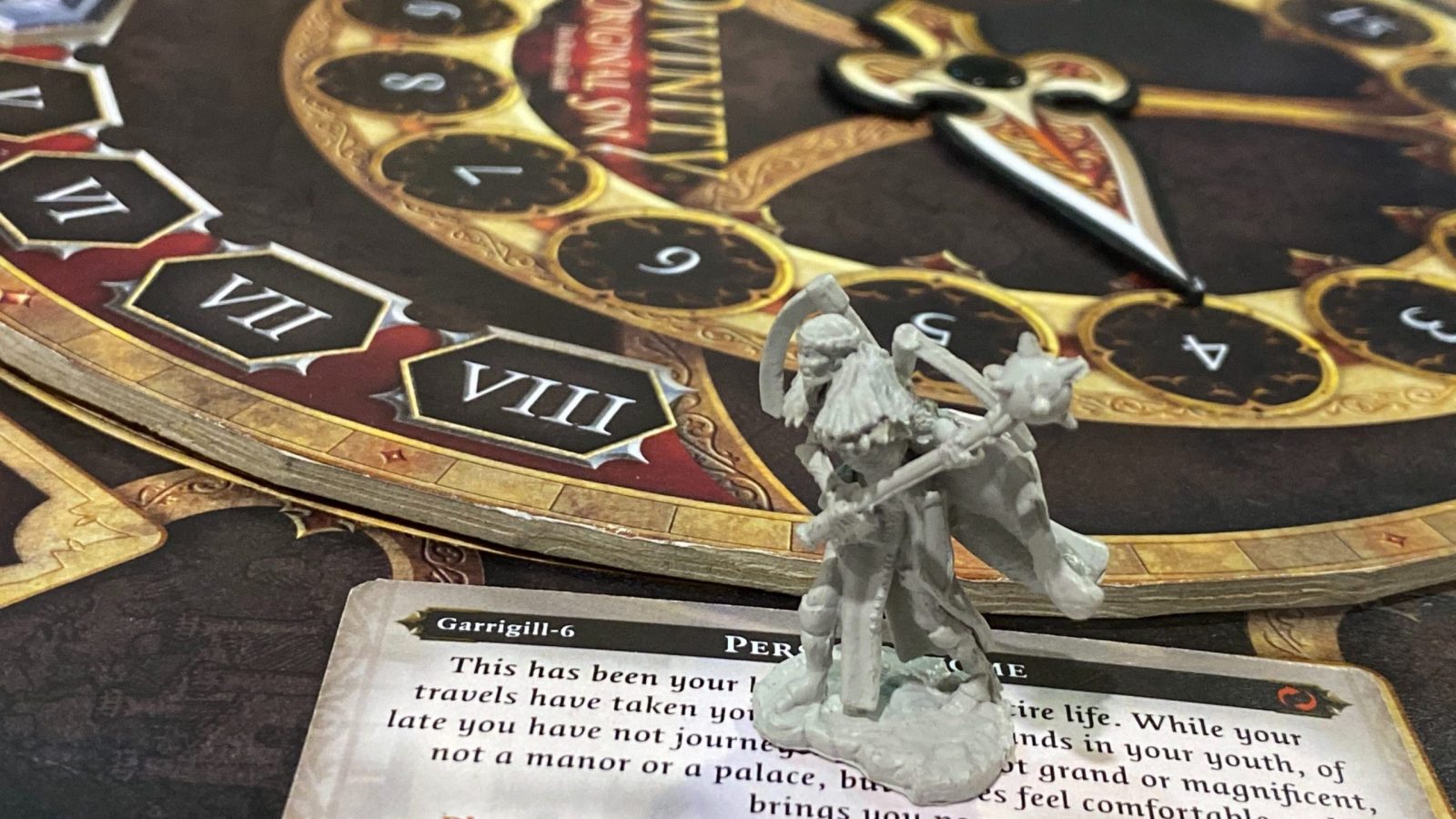 We had a chance to sit down at PAX Unplugged with Larian Studios and their new game, Divinity Original Sin: The Board Game. We spent a few hours discussing the game and even played a few sample rounds. Our run through helped to familiarize us with the basic rules of the game and some of the interactions that can happen between the players and the game’s challenges. The game is a cooperative, storytelling adventure with all of the players working together to accomplish goals, overcome challenges, and defeat enemies that the game system throws in their way.

The game supports up to four players, each playing a character either taken straight from the video game or developed specifically for the board game. With eleven characters to choose from, each player should find something that meets their play style. During the game, players track their character on a customizable character sheet that is set in a useful player board. The players use an encounter book to generate encounters then play it all out on the game board. Each character accumulates money and items, which they will use to increase their effectiveness in combat as the game progresses. Items and weapons are represented by cards which the players keep on the table next to their player boards. The characters are represented by impressive minis that capture the look and feel of the video game. 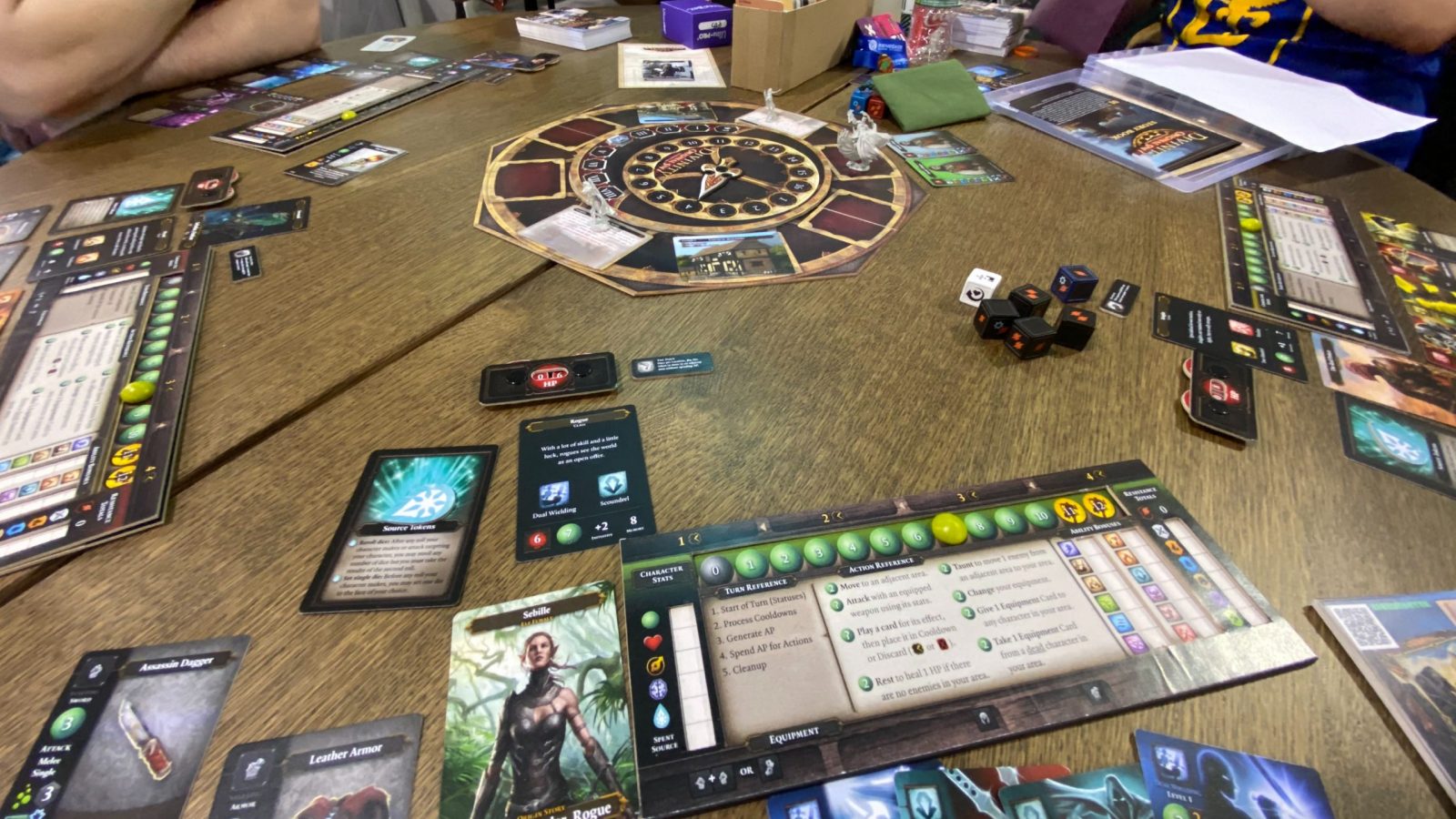 The game board is a wheel of eight blank locations surrounding a time tracker and an initiative tracker. Each encounter is set up in accordance with instructions in the encounter book; players place cards which show pictures of locations with descriptive names onto some or all of the eight spaces. On the flip side of each location card is a description of what events occur at that location along with potential enemies, treasure, etc. Just like the characters, some locations are from the video game and some new ones were created for the board game. The time track is set up if the adventure calls for it. If combat happens then the initiative counter comes into play. Movement around the game board is simple – locations are adjacent if they are side by side or directly across from each other on the circle. So each location has three adjacent locations if all eight locations are in use. Design-wise, there are two things that stood out to me. First, there are potential clues hidden in the artwork that can indicate to the players as to what dangers lurk at any given location. So, when you are deciding which locations to visit during game play, you may want to take a close look at the art to see if there’s something hidden in the shadows that might tell you what dangers or rewards await your character there. Second, the designers have put some thought into support for the colorblind players with extra symbology to help them out.

When combat occurs, who goes first and the rest of the initiative order is determined by character stats and other factors. Once initiative is set, players use action points to determine how they will move and attack during a combat round. The game provides instructions for how the bad guys move and attack, so there is no player on the bad guys’ side. Because the board is set up as a circle of eight locations, rather than as a map or modular terrain pieces, combat and other activities are pretty abstract. The relationship between a location and those that are ‘adjacent’ is not necessarily clear cut; one card can represent a road, another card a cave, and another card the cave entrance – and those cards may or may not be adjacent on the wheel depending on how the encounter book directs that they be laid out. This makes combat tactics more story-driven than map-based. Outside of combat, players seem more likely go to a location based on the art and the title of the card, rather than its location on the game board. 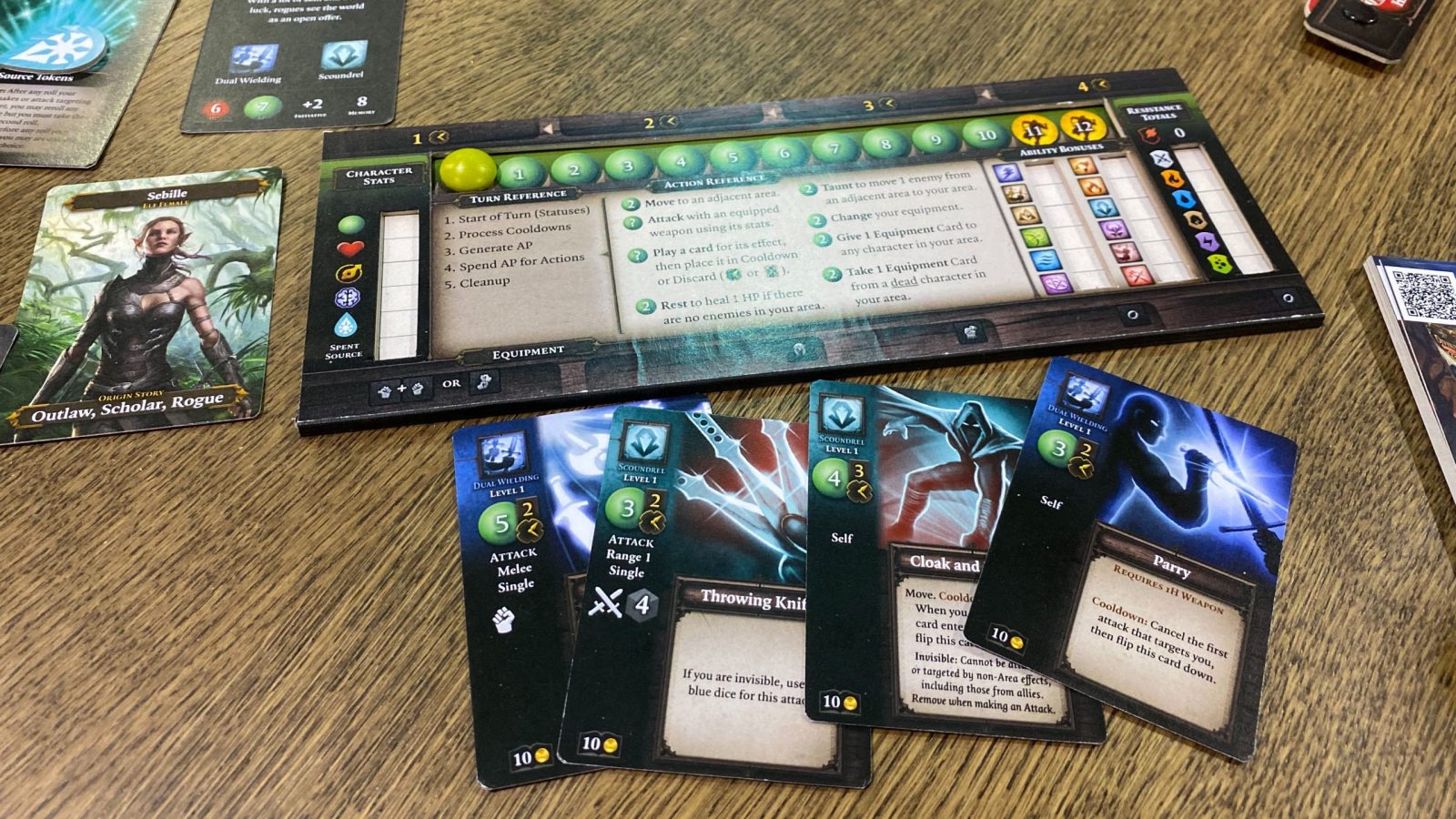 There is a “Chronicle System” that tracks the various areas that the players have visited and events that occur. Based on the way the players progress through the game, the Chronicle System changes the way encounters are set up. The encounter book will direct the players to set encounters up in different ways based on which numbers they have checked off in the Chronicle System tracker. As the campaign unfolds, the choices players make early on will change the adventures they have – meaning no two campaigns will be the same. Additionally, Larian Studios have set it up so that after playing the campaign to completion, players can provide their data to Larian Studios who will use a compilation of all the various campaign data provided to them to influence the world setting for following games. This means that if a permanent change to the game world happened during enough campaigns, then that permanent change may be reflected in the next product.

The developers have put effort into keeping key elements of the video game in the board game, and it’s not limited to just the characters and the setting of the story. There is a connection with the video game even in combat, where the creators have built in a system for friendly fire. The few rounds of combat that we experienced had tactical flair and were influenced by actions taken prior to the initiation of the fight as well as positioning around the board during the fight. There are basic enemies that are represented by cards and stronger boss-type enemies that are represented by some very nice minis. As players fight and defeat enemies they can loot their fallen foes and every enemy potentially has treasure on them. Also nodding to its video game roots, the board game has a crafting system that lets players combine items they collect through gameplay to create new, improved, items. 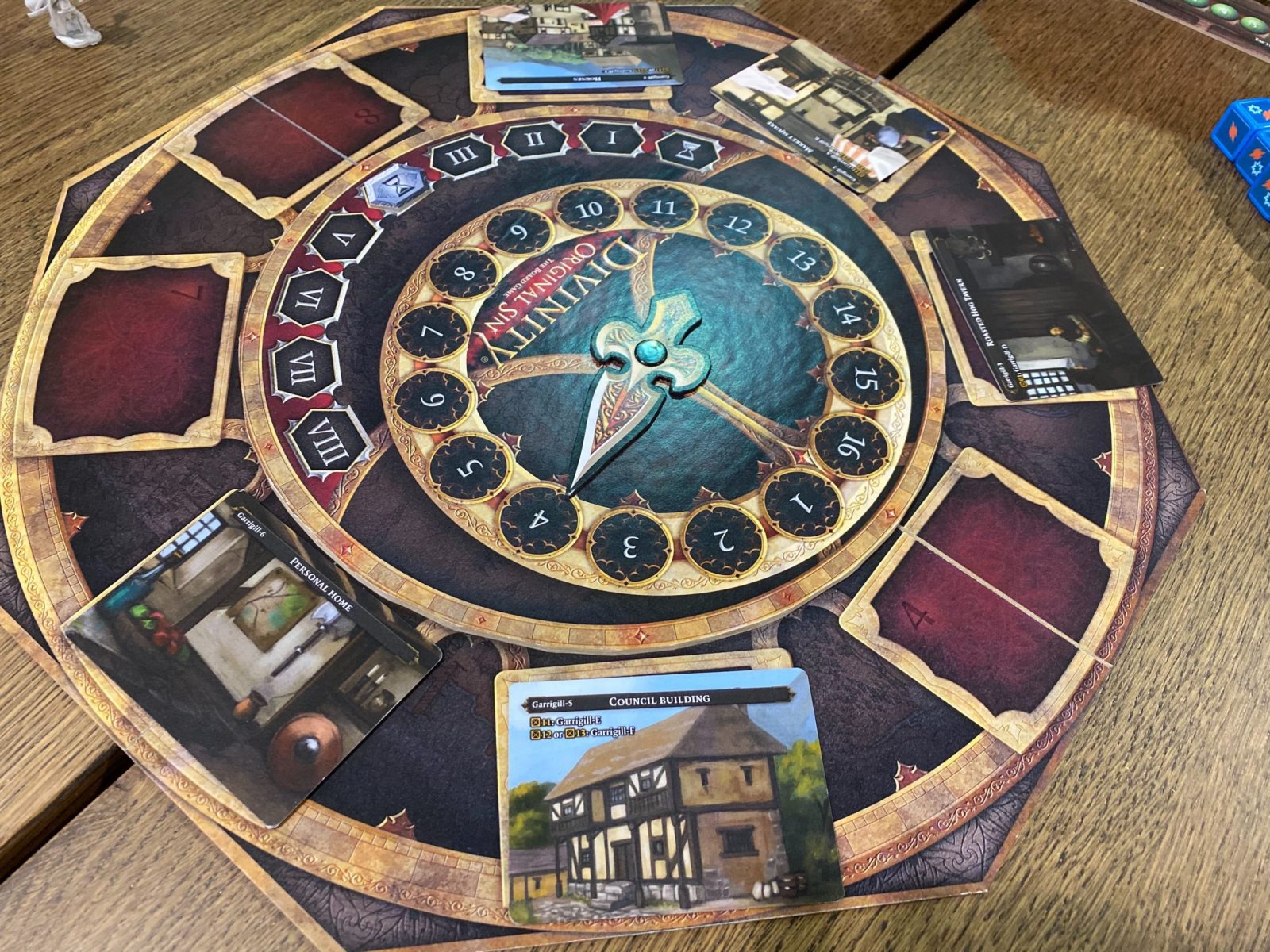 You can check out Divinity Original Sin: The Board Game here on Kickstarter where it has already funded and is racking up stretch goals. But if you are interested in backing it, you better hurry! The campaign ends at 8:37 am, Eastern Standard Time, on Friday, December 20 2019.