When I was younger, games like Guitar Hero, Rock Band, Donkey Konga, and Dance Dance Revolution were debuting and making waves. Now in addition to those, we have a whole host of other music-based games being made. For example, three I’ve reviewed are The Second Chance Strip Club, Mush Dash, and Avicii Invector. Games like these have increased my love of music-based games, and now DJMax Respect V has done so again. With over 150 songs total, multiple difficulties, and plenty to unlock, you’ll be jamming to these beats for quite a while.

First off, DJMax Respect V is currently an Early Access game, so keep that in mind. Even so, it runs very smoothly and I haven’t had any issues with it. That being said, the gameplay is fairly easy to learn, but hard to master. That challenge only increases when you raise the difficulty or the number of notes you must use. Difficulties include normal, hard, maximum, and SC, which I believe stands for soul-crushing. In addition to difficulty, you have the ability to set up the songs as four, five, six, or eight note songs. Similar to how Guitar Hero would add buttons to the harder difficulties, upping the note number does the same thing here. In four note songs you use a, s, semi-colon (;), and apostrophe (‘). Five note songs add d or l (they both act as the same button), six notes adds d and l as separate buttons, and eight notes adds d, l, c, and comma (,). So raise the stakes however you choose. 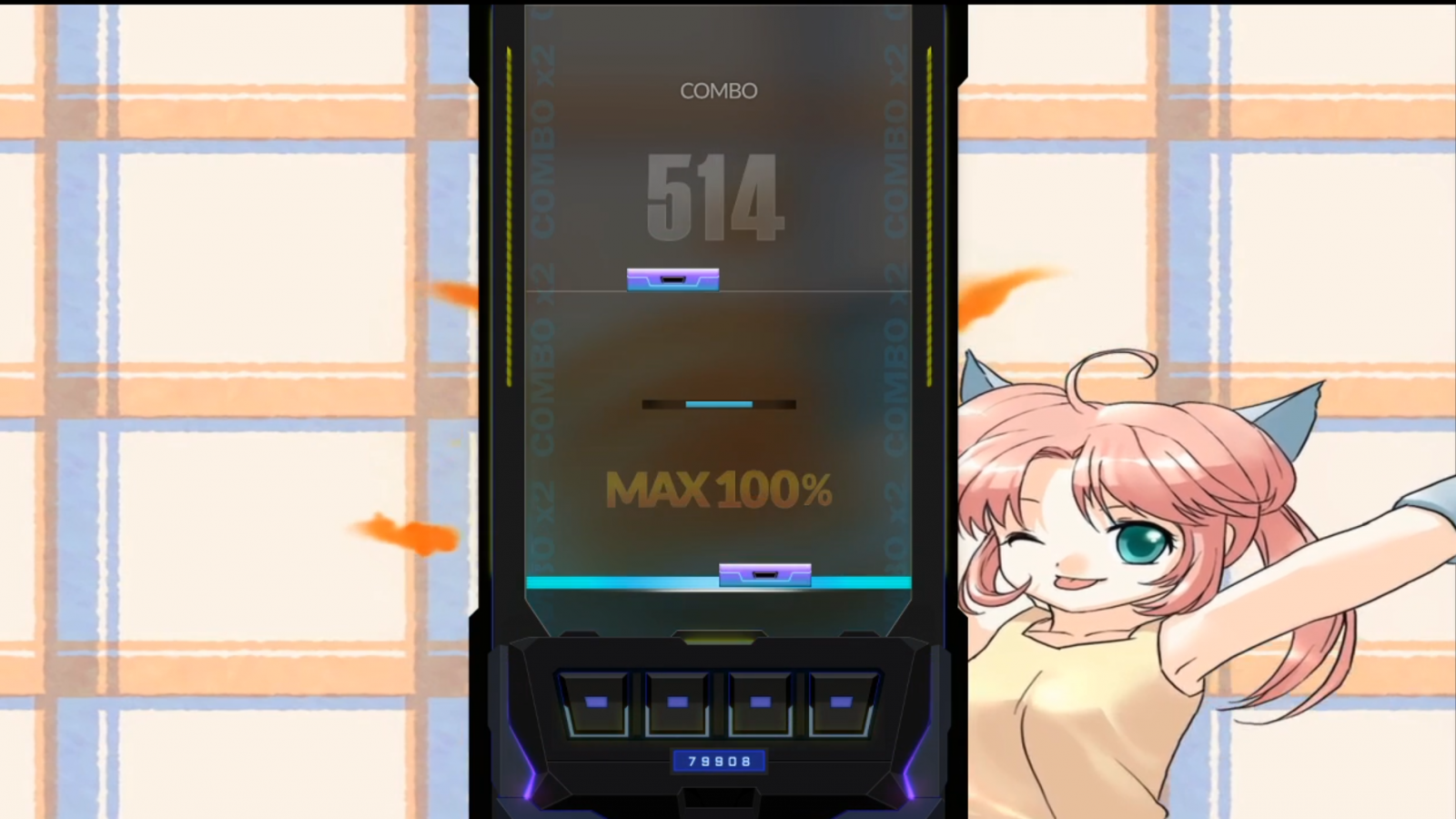 The gameplay itself is similar to games like Guitar Hero: you have notes that come down the track as the song plays, and your task is to time your button presses with the notes reaching a certain line. Time it right, or at least close enough, and you earn points and continue your combo. Miss the press and your combo is broken. You may be surprised that the game rewards you for being close enough instead of always on point. Some games do this by stating perfect, great, good, or ok results for each press, but DJMax Respect V does it a bit differently. How well you timed your press is represented by percentages, i.e. how close to perfect you got. Nail it and it shows 100%, while barely hitting it may net you closer to a 40%.

You may wonder why they use percentages instead of words. That’s because it plays into the fever meter. As you hit notes, your fever meter fills up, and the better you do, the faster it fills up. When fever mode is activated, you get a bonus multiplier that ranges from 2X to 5X. Just like other music-based games, this feature is only designed to be a way to rack up your score.

One other big aspect of gameplay is the presence of the music videos. Each song has its own unique video playing in the background with the song. The art styles and content differ wildly, which makes the game that much more interesting. One song may have a Gorillaz music video style to it, while another looks like an episode of an anime. Sometimes it’s a bit hard to not just stop playing and watch the videos, which is a testament to the videos themselves, but if they get too distracting, you can turn them off and focus on the music. I’d recommend not doing that because you’re robbing yourself of some quality animation. 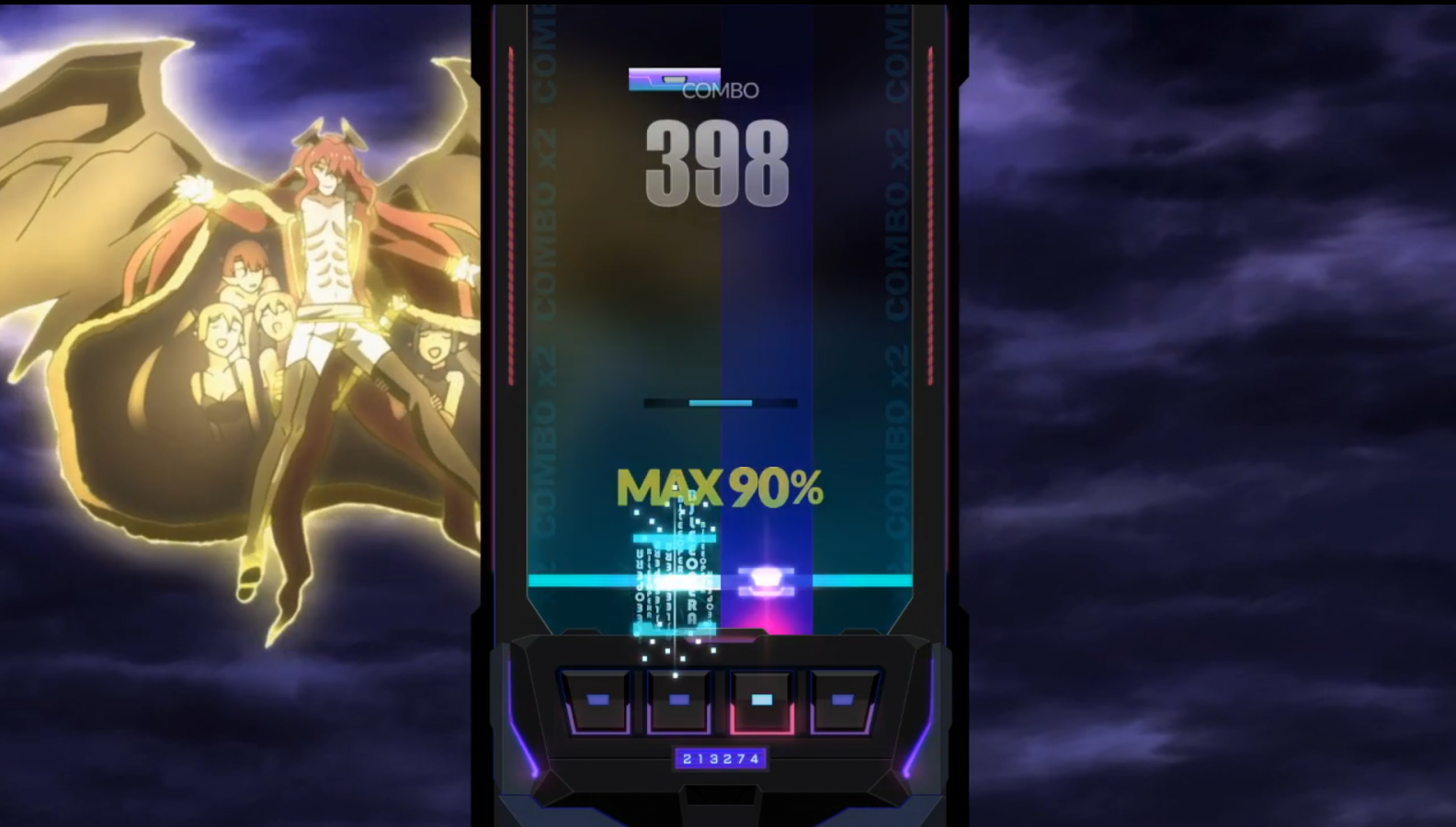 There are two modes you can play in: Air and Freestyle. Air mode is interesting because it shows you three difficulties that are all playing through songs like a playlist. If you join in the middle of the song, you start off wherever the song is currently at. The thumbnail of the difficulty shows you what the current song is and how long it has left. You play the songs like normal, but comments from other players may randomly show up over the background music videos. You can actually type comments yourself by hitting enter and typing something. The song autoplays for you during this to keep a nice sounding beat, which is appreciated. The downside is that the character limit is very small, so don’t go expecting to type much. You only have enough room for around five medium sized words.

Freestyle mode is where you’ll spend most of your time as it’s the main appeal of the game. This is where you’ll be able to play any song you want, on any difficulty you want, set to whichever note number you choose. There are over 150 songs, but they aren’t all unlocked at the beginning. You must complete tasks that earn you achievements and rewards, which could be new songs, gear, notes, gallery illustrations, or music videos. You can head to your collection and see what tasks need to be completed along with what they reward you with. Tasks include a plethora of things such as completing a certain number of songs, earning a certain rank enough times, reaching high enough combos, and much more. If you want to unlock everything, you’ll certainly be here for a while.

In terms of unlockables, the illustrations and videos are for the sake of being able to view them outside of gameplay. It’s nice having these available if you want to enjoy the music and videos without focusing on playing. The notes allow you to change the design of the notes that come down, whether they be electronic looking notes, cute cats, or even food. Gear follows the same idea, but it changes the look of your track frame. Neither of these impact gameplay, they’re more for decoration. 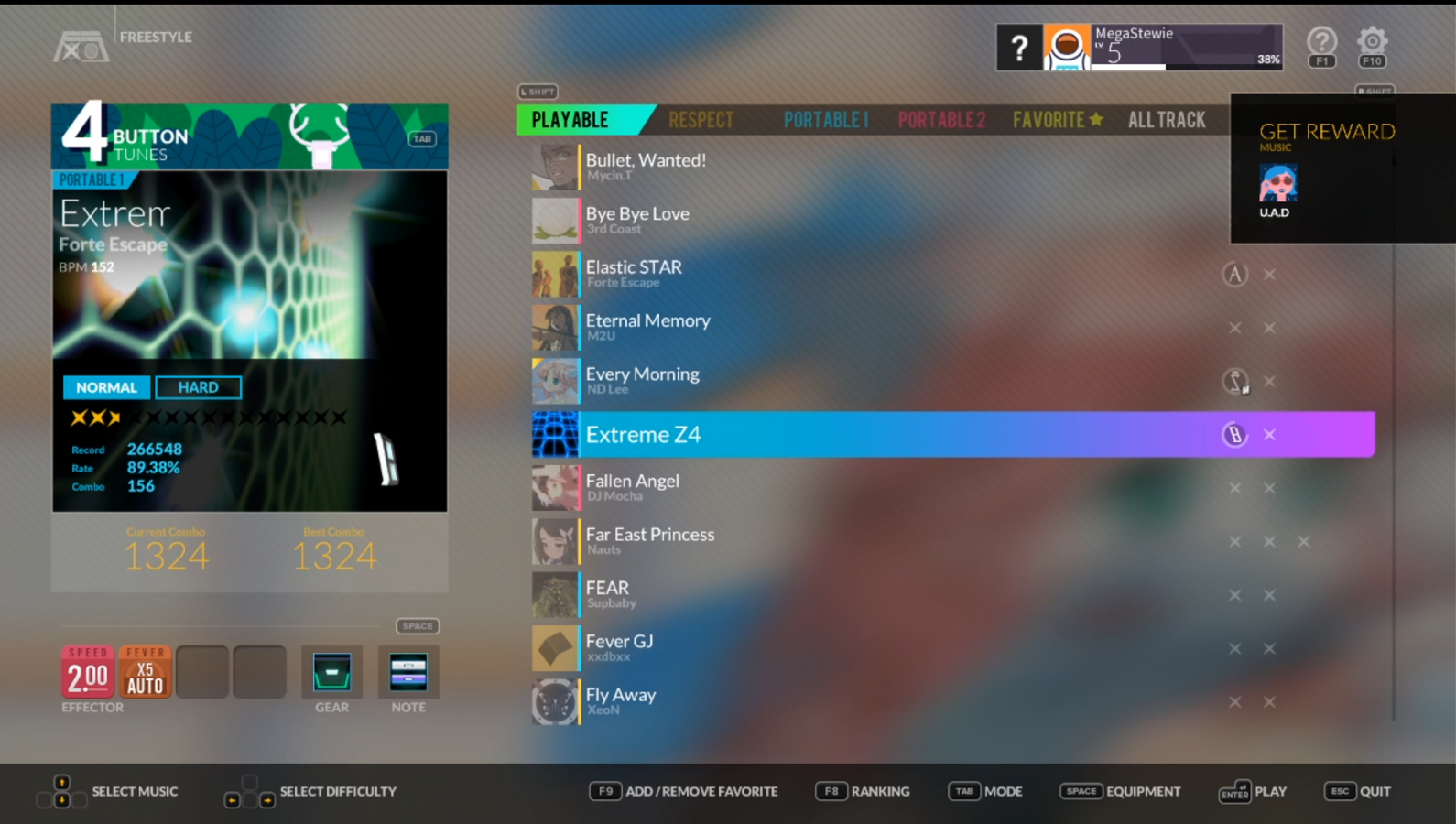 Besides aesthetics, you can also change aspects of the gameplay as well. You can access your equipment menu to change the speed that notes come down the track, how the fever meter functions, add visual distortion effects, and even alter how difficulty changes throughout the song. These are pretty neat, especially if you want to test your skills and up the challenge. Want the notes to fade out before they hit their target, leaving you to trust your timing instead of your eyes? Go for it. Want to make the song start easy at first, then drastically get harder before sloping back down to easier? Be my guest. The point is, you have some fun tools to mess around with.

As mentioned before, the visuals are great, especially with the background videos. Some of the animations felt like I was watching an anime and I loved it. The soundtrack is amazing. So many songs to choose from, with such varying emotional depth and tone. You can rock out to something harder, relax with something more melancholy, bounce around to something fast-paced and catchy, etc. With so many artists and songs at your disposal, you’re sure to find songs that you love, or at the very least like. I know I’ve found plenty of songs I enjoyed. All in all, DJMax Respect V is a fantastic music-based game that you can easily sink hours of time into without any problem. Keep in mind that it’s still Early Access, but even so, time to jam out!