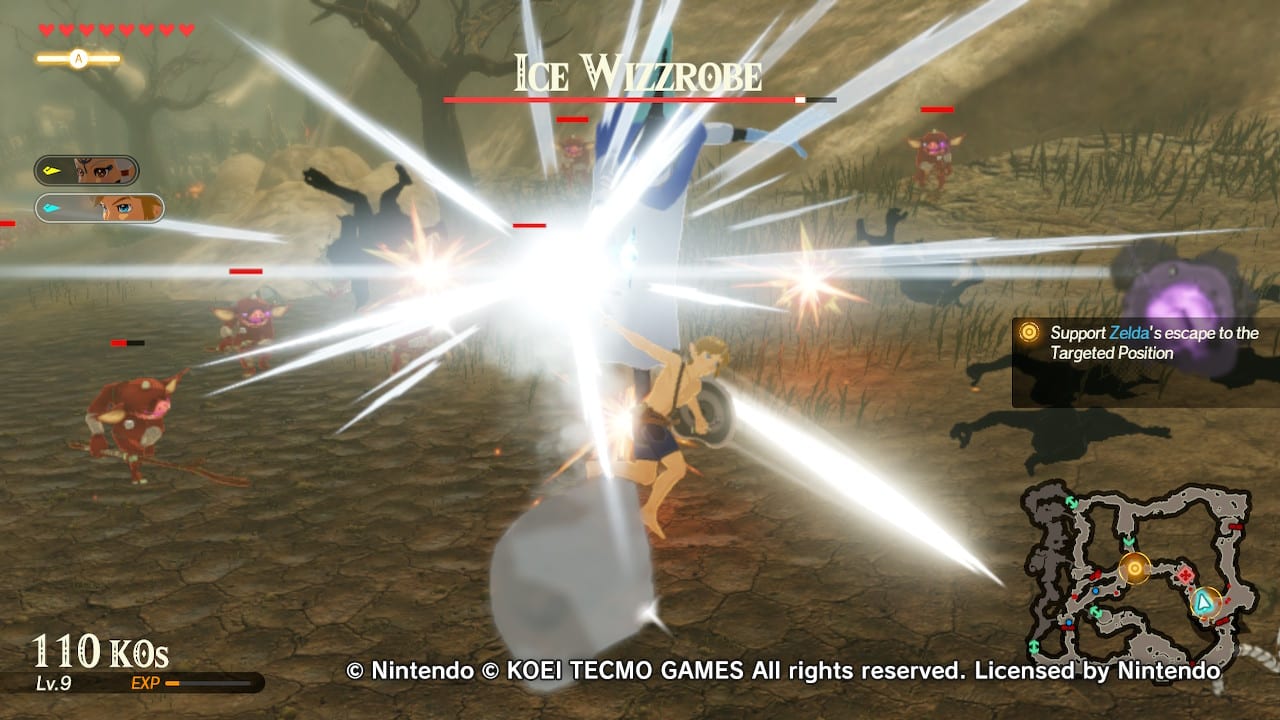 I’ve never really liked Warriors games before now. Despite being able to take out hundreds of enemies at once, the combat and strategy of previous games just didn’t grab my attention. I played most of the original Hyrule Warriors on Wii U, and thought it was just OK. Its sequel, however, has changed all that – something about Age of Calamity just clicked with me and I can’t get enough of it.

Hyrule Warriors: Age of Calamity plays much like all the other Warriors games, you control a party of powerful characters fighting on a large battlefield taking over various sections of the map by defeating hundreds of foes. Occasionally you’ll need to face off against a larger, more powerful enemy or accomplish a slightly different objective, but that’s the basic gist of these games. That hasn’t changed much in AoC, but the two stages in the demo feel more structured than usual; less aimless wandering and more following a “path” through the battlefield watching cutscenes occasionally play out along the way. Attacks remain relatively straightforward as well, with a string of light attacks unleashed with the Y button followed by a finisher at certain points in the combo with X.

The biggest deviation from the Warriors formula is the addition of the Sheikah Slate. Just like in Breath of the Wild, you can use Stasis, Cryonis, Magnesis, and Bombs to attack and solve puzzles (mostly the former in this case). Each character has different variations of these spells, and Zelda even uses it as her main weapon. While it’s almost entirely used to interrupt a powerful enemy and expose their weak point, it’s a fun way to mix up the moment to moment gameplay.

Unfortunately what’s also par for the course in Warriors games is the frequently dipping framerate. It’s understandable since there are so many enemies on screen, and it does give me an odd sense of satisfaction to see my attacks make the game run poorly, but it also makes me a bit sick at times. We’ll have to see how the final game performs, but I have doubts that it will be improved in any meaningful way. 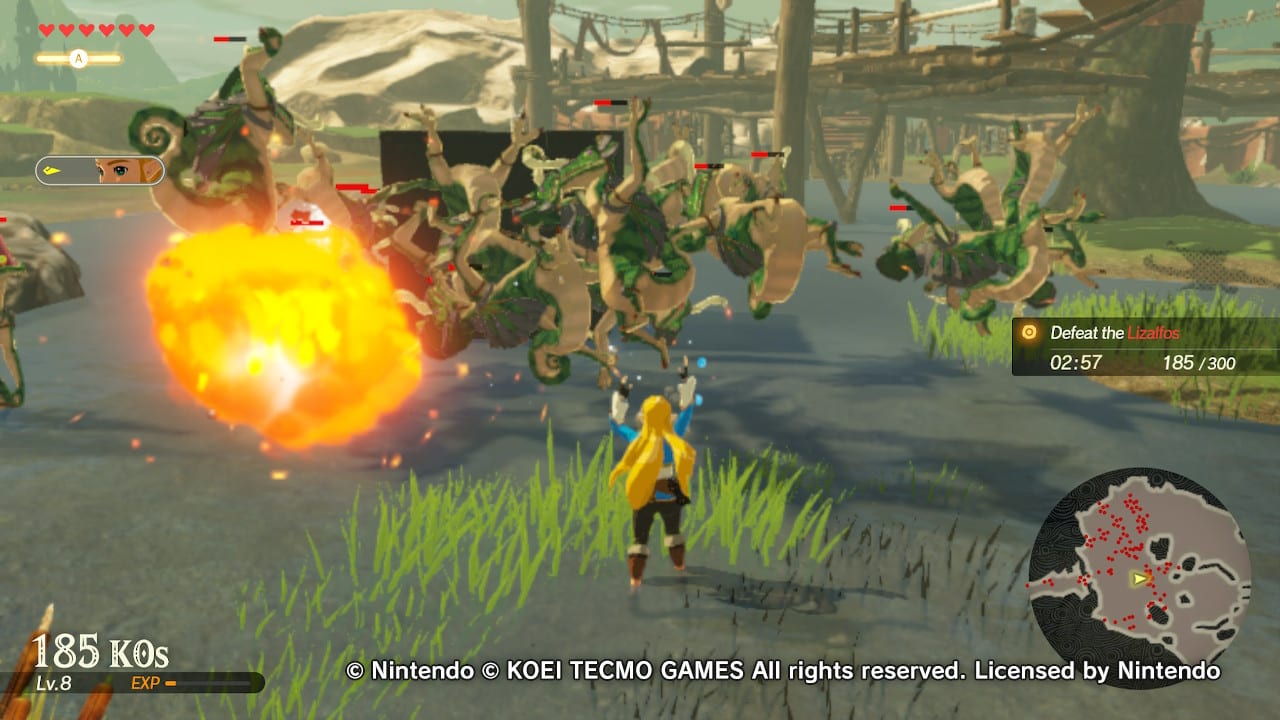 So if Age of Calamity is essentially more of the same, why have I enjoyed this one more than other Warriors games? I think the answer is simply that it’s coming out at the right time. 2020 has sucked for pretty much everyone, and this slightly less involved style of game is a good method of catharsis. Just turn your brain off, hit the bad guys, and don’t think about the world for a bit. It’s the other end of the spectrum from Animal Crossing: New Horizons, another game which has made this year much more bearable for a lot of people. If New Horizons lets players escape through relaxation, Age of Calamity lets them escape through simplistic action.