Frontier Development is excited to invite players to join in on the release of Planet Coaster: Console Edition for both the current and next-generation platforms. With today’s release of the Xbox Series X Frontier brings it’s first next-gen title to this console as well as Xbox One and PlayStation 4, and on November 12 it will release for PlayStation 5 also. Those that purchase it before November 24 will also get access to the pre-order bonus of Oswald’s Magnificent Machine, a whimsical coaster.

The highly successful coaster park management game features a whole host of ways to play, including a fully-voiced tutorial where a friendly cast of characters help get players of all experience levels up to speed; a varied challenge mode with four different difficulty settings provides the perfect skill test; alongside Planet Coaster’s in-depth career and sandbox modes. All of this benefits from a wonderfully refreshed interface designed to make building and managing epic coaster parks a doddle.

Newly optimised controls are one way the game shines on console, utilising the gamepad to ensure every aspect of creating a captivating coaster park is satisfyingly intuitive. With a brand new radial menu that puts the most frequently used shortcuts in easy reach, an always active panel granting the ability to make quick changes on the fly without disrupting creative flow, and so much more besides, it’s never been easier for players to quickly craft their dream coaster park. 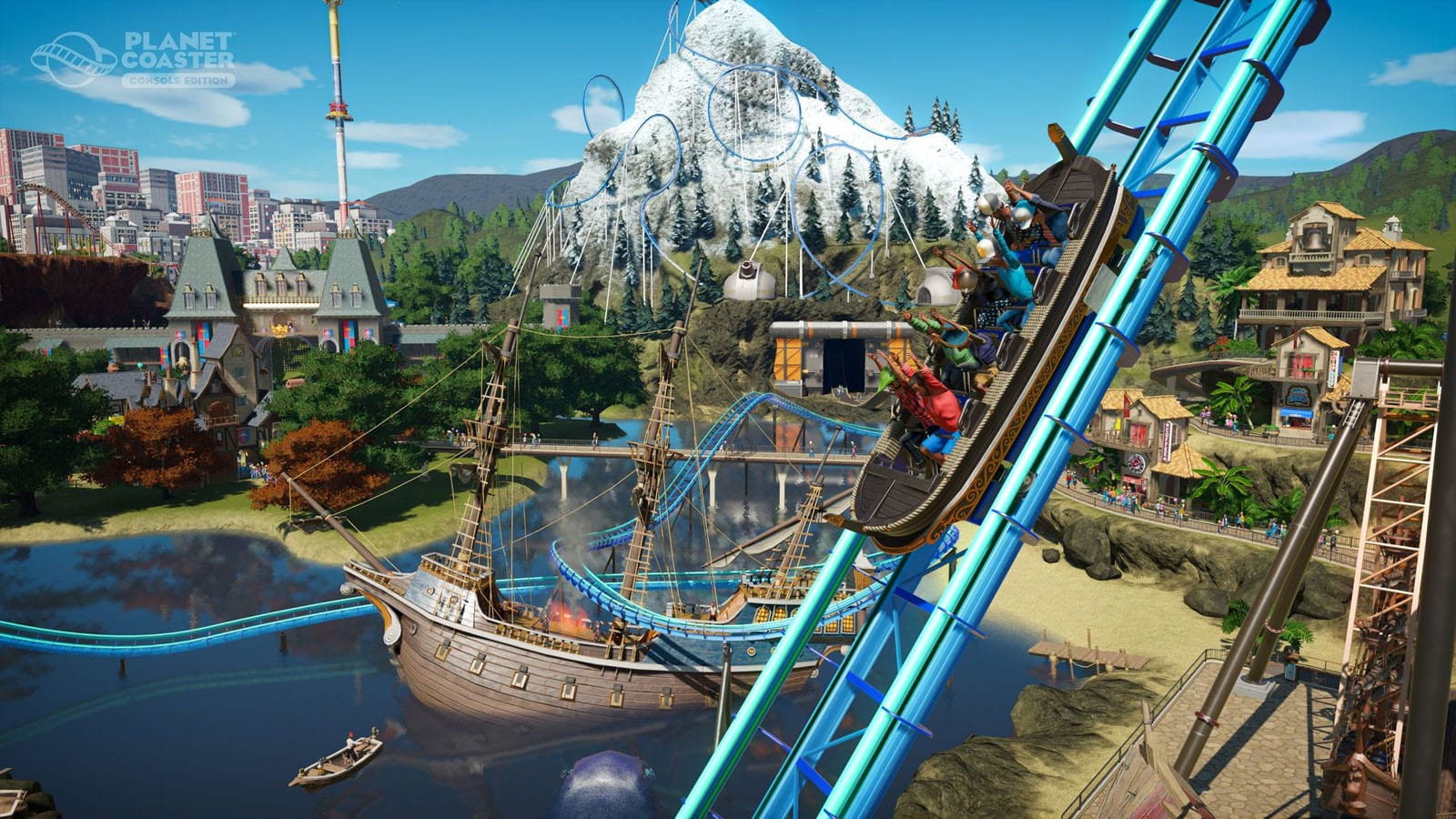 Expanding upon an already extensive collection of construction materials, Planet Coaster: Console Edition adds hundreds of beautifully crafted new blueprints. These pre-built items enable players to add anything from delightful shopfronts to captivating coasters at the touch of a button, while for those looking to flex their creative muscles, expansive piece-by-piece construction offers up untapped creative options allowing them to assemble anything their mind can fathom. No matter how they choose to play, budding park owners have all the tools to build it their way.

Players can also take full advantage of the brand-new Frontier Workshop. An entirely new sharing platform built from the ground up enables them to inspire and be inspired as they share their creations with the world. The workshop can be accessed in-game, on a PC, or on the move through a smartphone, meaning players can browse and subscribe to creations whenever inspiration strikes. And with cross-generation support, anything uploaded on a current-gen console can also be downloaded on its next-gen equivalent.

Additionally, those looking to enhance their parks further can opt for Planet Coaster: Deluxe Edition. This digital exclusive purchase includes the base game as well as the Magnificent Rides Collection and the Classic Rides Collection, offering a total of 18 new rides and coasters inspired by some of the most iconic attractions from fairgrounds and theme parks around the world. 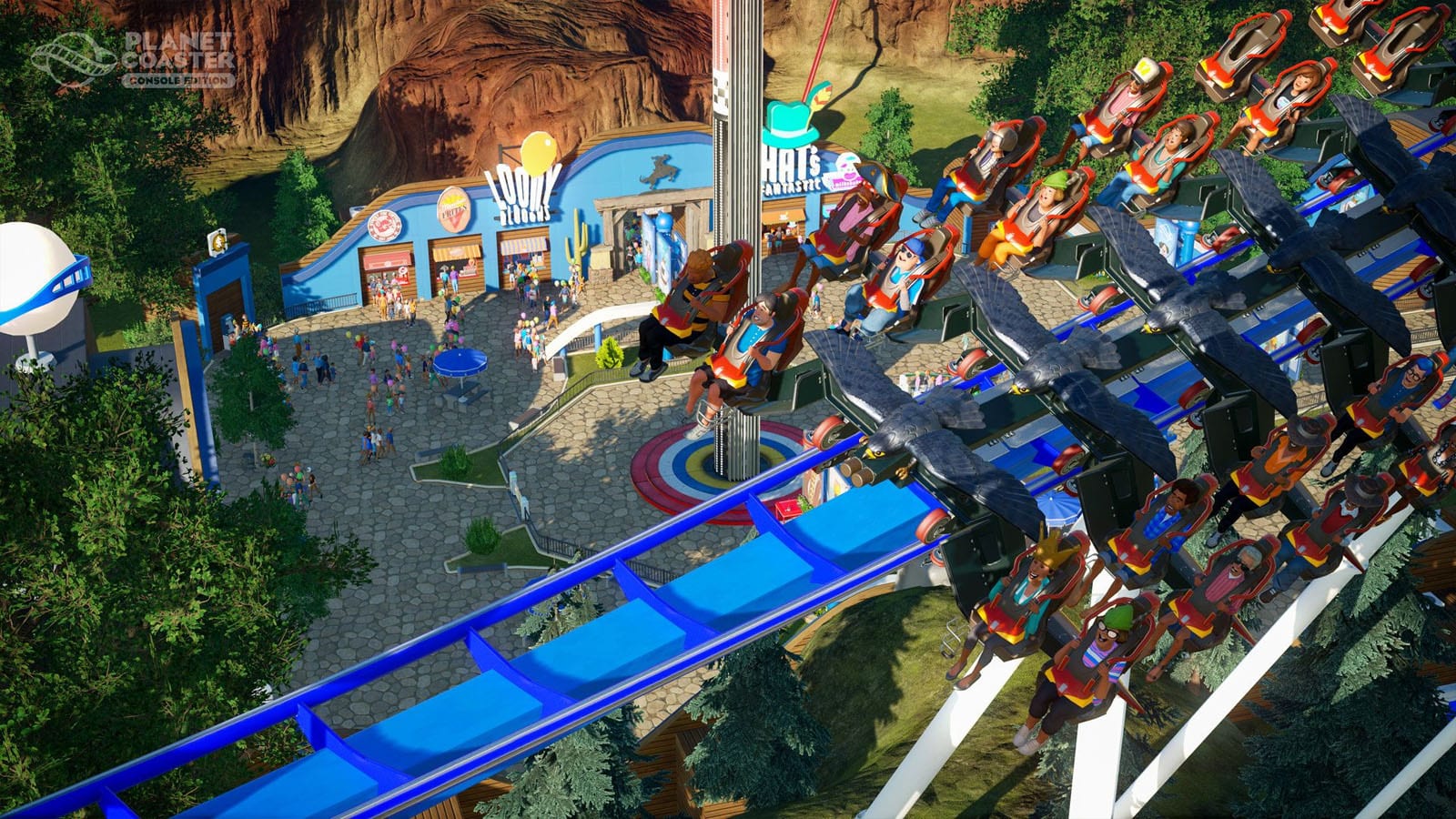 Even if you aren’t upgrading to the next-gen consoles today, with the free upgrade there is no reason to not get this game now. Stay tuned to Gaming Trend for all your gaming news and look for Ron’s review coming soon.