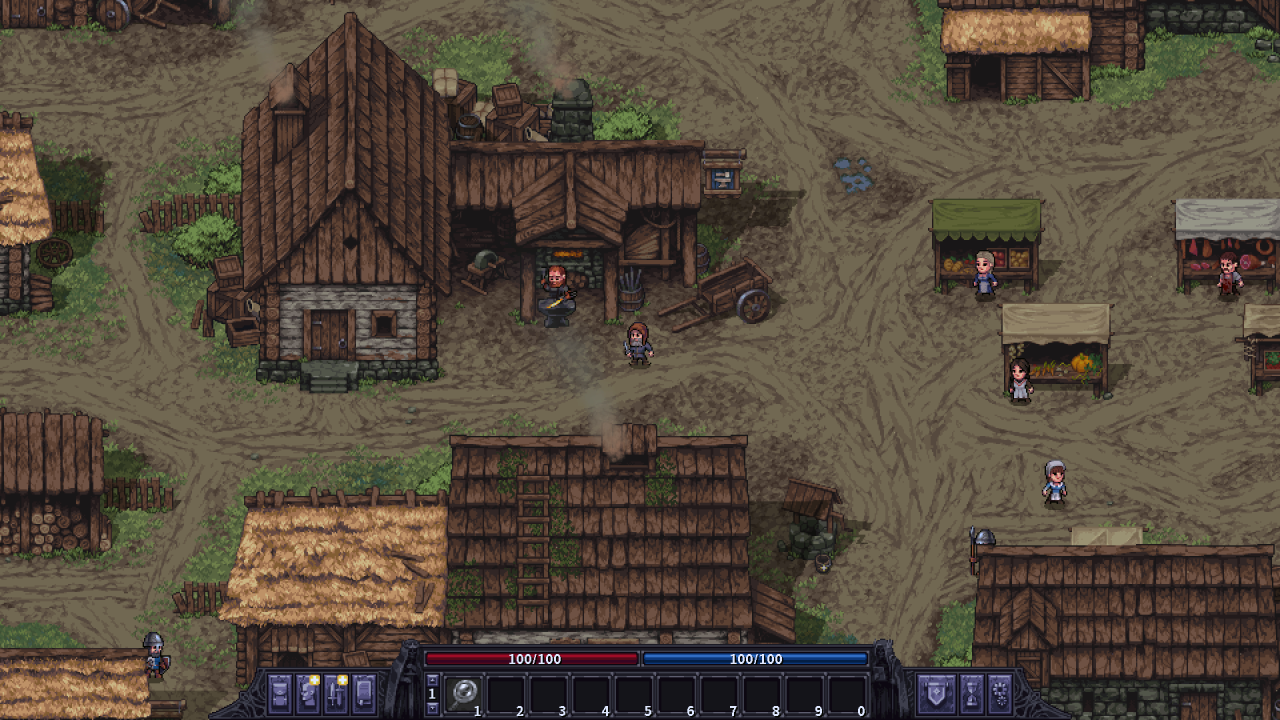 Stoneshard is a rogue-like with nice pixel graphics and the difficulty one would expect from a rogue-like. It also has one hell of a beginner’s test. This is a game that expects you to fully understand it before you can run free. While this can be annoying, I respect this approach.

Before Stoneshard really gets going, you have to go through the prologue. This gives you control of a character that levels up pretty quickly and has access to a variety of weapons and spells. This entire prologue is very well done. It allows you to properly get a feel for the game while explaining most of the core mechanics. While I’m sure the more hardcore players scoff at the mere idea of a tutorial in a rogue-like, I found it quite useful.

This prologue is short enough that dying doesn’t matter, so it is easy to try a bunch of different weapon combinations to see what you like without any real risk. It also features some story elements, but I don’t find the writing here particularly engaging. It isn’t bad, but it is all pretty generic stuff. One annoying fact about the prologue that I’ll warn you about now is that you don’t actually get to keep any of the loot. You have limited inventory space and I wanted to keep a couple of valuable items with me to sell later, but it turns out you can’t. 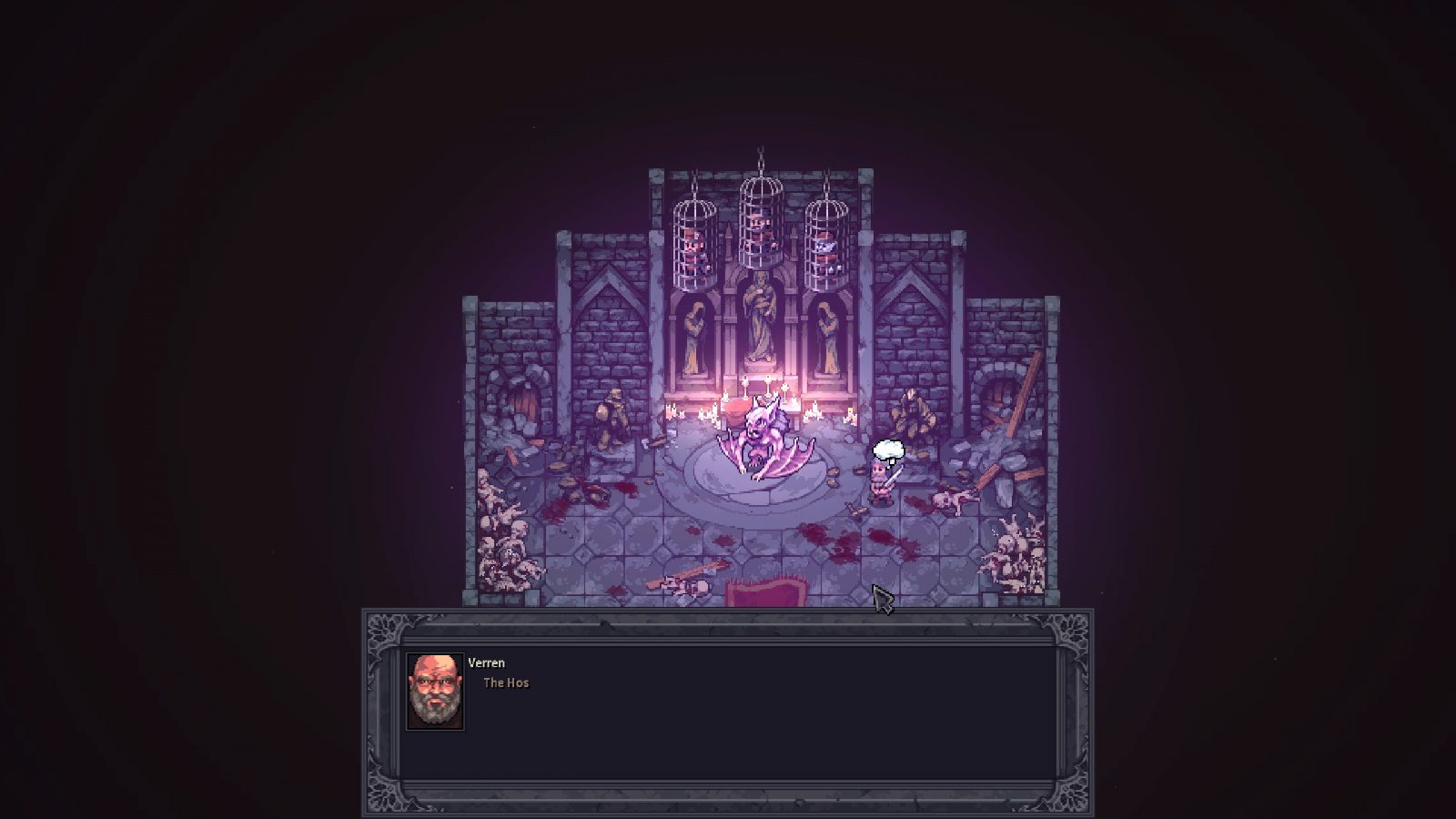 The first boss is either really easy or really hard, there is no in-between.

The end of the prologue features your first boss experience, and it is hard. Well, it can be hard. It can also be very easy! This is where Stoneshard slips up; the gap between range and melee weapons is crazy. I’m pretty sure you just can’t beat the first boss, the Ascended Archon, with melee weapons. This is a problem and limits character customization by forcing you to have some sort of powerful range attack. I could not beat him with my greatsword, but the bow made him way too easy. He doesn’t really have any ranged attacks of his own, so I just pelted him with arrows and ran away until he died. Was it hard? No. Was it fun? Also no. Thankfully, Stoneshard doesn’t have to be played with perma-death so I didn’t have to replay the entire prologue every time I died on him before just using my bow.

While the boss was a dangerous beast, the enemies I fought on my way to him gave me ample opportunities to see what I can and can’t do in combat. Combat is turn-based and tile-based. Maneuvering and positioning is very important because, as the game warns you, you are not some chosen one – you can indeed die. Quite easily in fact. It’s very important to attack enemies one-on-one rather than take on groups. It’s difficult at times but very satisfying.

I appreciate the idea behind this boss. I wish more games would force you to learn what you are doing before throwing you out into the wild. It’s something the Souls series has always been pretty good at with their first bosses. I just wish the balancing was a little better so melee was an option and bows weren’t an easy mode. Though, I guess bows and magic being an easy mode is also quite similar to early Souls titles. 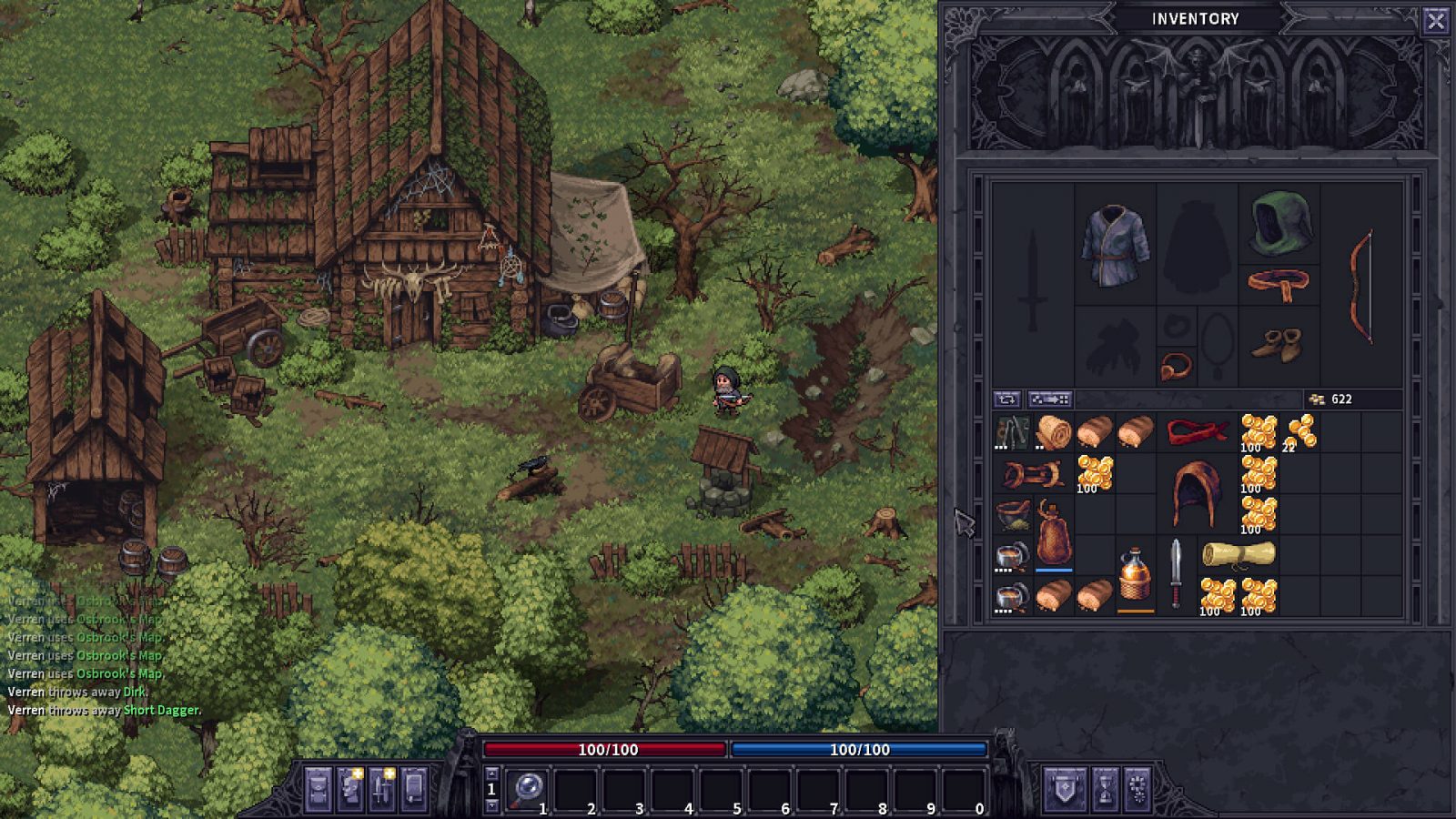 Managing your inventory is important. You have to focus on what’s most important at any given time.

Once you defeat the Ascended Archon, the game actually starts. Now you get to choose a character and the real experience begins in earnest. Currently, you only get to choose between a few pre-made characters, but the option to create your own is planned. The characters aren’t bad, but they didn’t have a mage character who was also good with swords so I settled on the dagger and bow dude. I learned my lesson from the prologue. Always take a bow with you.

Once the full game gets going things really open up from the linear nature of the prologue. You are told to do a few contracts for the village so you can get a horse and carriage to head to a different village. With this goal in mind, you set off on a grand adventure of doing things to get things! Yeah, the motivation isn’t great but it is a clear goal.

Before you take off on your journey, however, it’s probably a good idea to talk to the villagers and merchants. The villagers really don’t have much to say, and it’s kind of odd talking to them. There isn’t much music in the game so talking to people is often just text on a screen with no sound at all. Really, you just want to make sure you have enough water, food, and healing supplies because you will need plenty of all of those.

Food and water work simply enough. You get thirsty and hungry as time passes, and you need to eat and drink. These mechanics always worry me when they are in a game because they can often feel like babysitting, but Stoneshard does a great job of integrating them naturally without it feeling like a chore. It helps that you can carry a water pouch that holds multiple drinks and the same goes for certain foods. 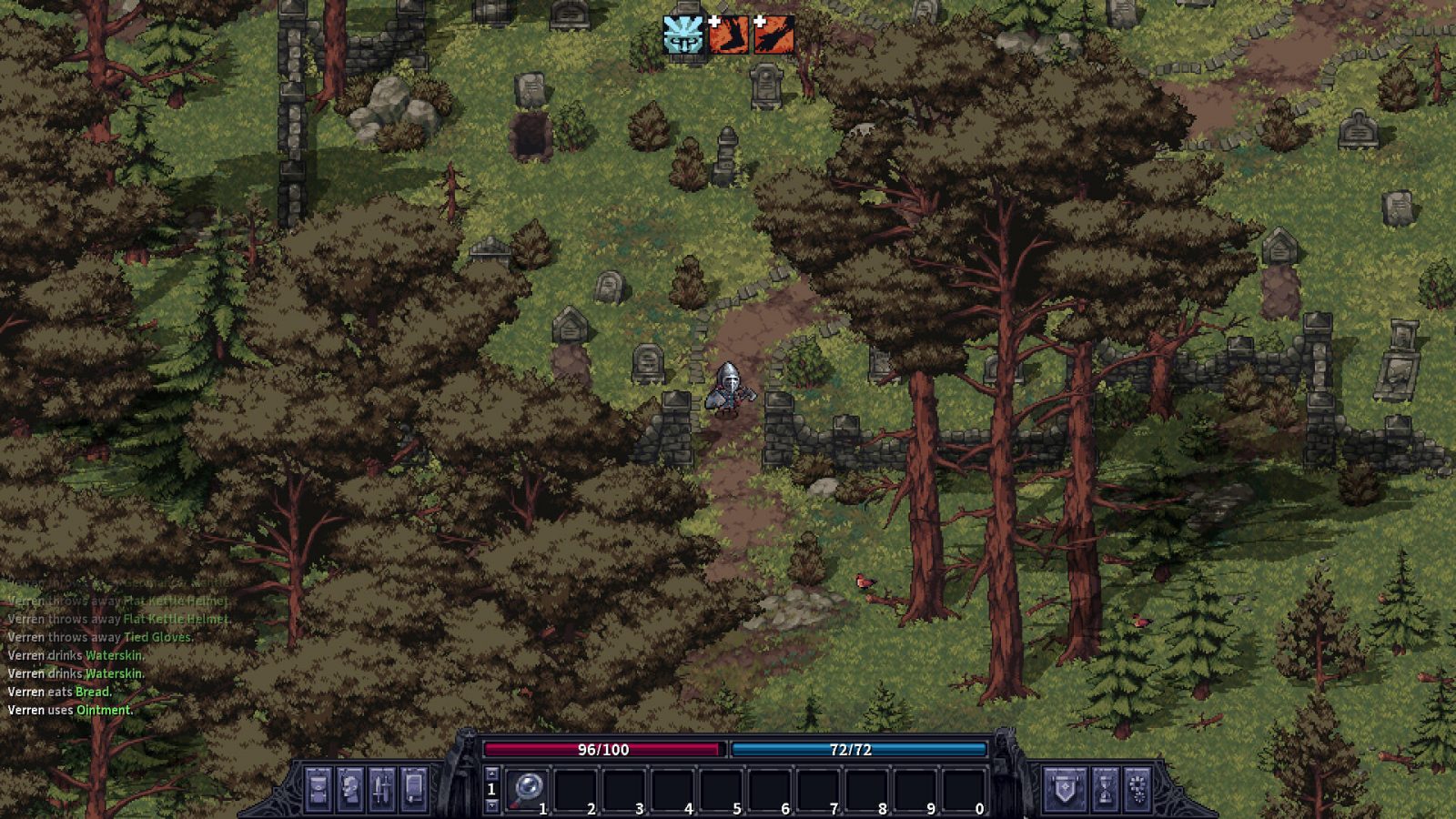 Injuries add an extra flair to the game. They are annoying, but not distractingly so.

Medicine, on the other hand, isn’t quite as simple. As you get beat up, your character will become wounded. Similar to Fallout, your character can be hurt in the chest, head, and limbs each with their own health bar. Bleeding requires bandages, wounded limbs require splints, and healing salves can be used to bring up the health of these parts. Another key factor of wounds is pain. Your character can only take so much pain before they start receiving negative effects. Some of these effects make sense, such as lowered attack and defense, others do not, such as being confused. The best way to deal with pain? Alcohol! It works for pain inside and out! You have to be careful though, your character is a bit of a lightweight when it comes to drinking and it is really easy to get drunk, which causes blurred vision and just makes you generally worse for a bit.

If you get scraped up in combat, you can always just take a rest to regain your health provided there are no enemies nearby. This does make you hungry and thirsty, but it is a small sacrifice to not die. The damage I mentioned to your limbs, however, needs to be taken care of because they actually reduce your max health by quite a bit. With combat being as brutal as it is, you need all the health you can get to not die.

Once you have everything you need, it is time to set off! You have a map that lists important places and their locations. It doesn’t mention where you are so you have to use landmarks to navigate. I like this! I always enjoy when games trust me to find my own way around. Everything is tile-based, so it isn’t too hard to figure out where you have to go. I never got lost during my quests.

Stoneshard strikes a fine balance between the hardcore experience people expect out of a rogue-like and more user-friendly adjustments that won’t alienate those new to the genre. A great tutorial, optional perma-death mode, and a variety of game systems makes Stoneshard a great starting place for those looking to see why people love rogue-likes while offering a satisfying experience to those who already know what to expect.