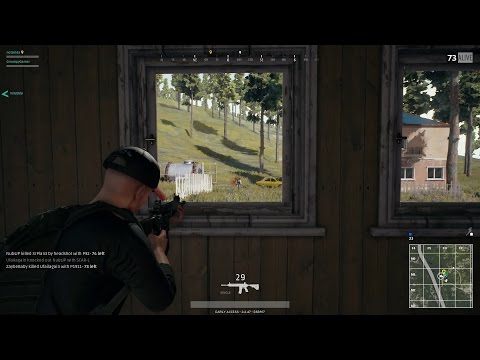 This week, news editor Joe DeClara and I teamed up for some nail-biting Playerunknown’s Battlegrounds. I captured some footage from this shooter during its alpha stage, which took place shortly after PAX West 2016 and really enjoyed it. Since then, it’s only gotten better.

This 100-player battle royale-style game, currently in Early Access on Steam for $29.99, is the brainchild of Brendan Greene (aka, Playerunknown) and is being developed by Korean studio Bluehole. The studio is planning to be in Early Access no longer than six months.

Check out the tense action and let us know what you think in the comments below.