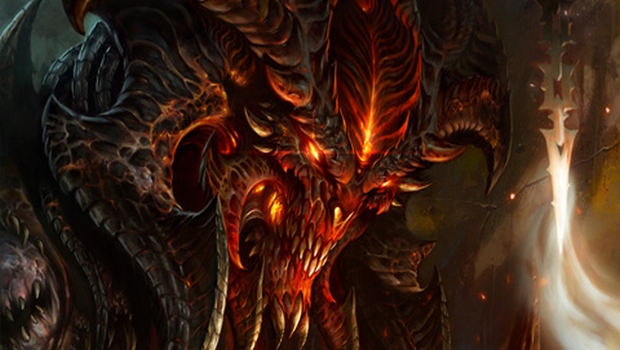 Diablo III is about crazy unique items, legendary monsters, awesome loot, and now…cooperative play on a console?  We had the opportunity to sit down with very little fanfare and be among the first to try it for ourselves.  Could this be Blizzard’s triumphant return to the console world?  With just 30 minutes of play time under my belt, I’m prepared to say that signs state that Blizzard is about to get a whole new batch of “fresh meat”.

Diablo III has received an incredible amount of updates since launch.  The team is very invested in making the game a balanced and extensible experience, giving players loot, new difficulties, and some insurmountable reach goals for the end-game.  As players figure out new ways to achieve the impossible, the team reacts by defining a new level ridiculous for them to tackle.  With the game finally in a well-balanced and feature-rich state, the team is ready to bring it to the console market – something we’ve not seen since the original PlayStation.

[singlepic id=14194 w=320 h=240 float=left]Ushered into a quiet room with Skyler and David, we picked up PlayStation 3 controllers – something foreign to us having completed the game on the PC – and with little fanfare was turned loose on the game.  The game never threw a ton of skills at you to begin with, so mapping them all to the face buttons wasn’t a huge stretch.  We were dropped into the level directly after the defeat of the Spider Queen in Act III.  Despite being this far into the game, and with no practice, all three of us were immediately effective.  With the camera zoomed in slightly more than on the PC, the action is tighter to the crew unleashing hell on their foes.  From there, we also noticed the revamped HUD.

In Diablo III on the PC, the HUD was confined to the bottom center as each player has their own PC.  For couch co-op, they simplified the controls into 7 buttons (the face and the triggers) with the icon below them, as well as a health bar and the mana/rage/etc bubble.  Additionally, each person is assigned a color that you can use to highlight your character when the action gets furious.  The graphical fidelity on the PlayStation 4 version we got to play fell somewhere between medium and high on the PC, and was rock-solid at 60 frames per second no matter what chaos was on the screen.[singlepic id=14195 w=320 h=240 float=right]

As the loot fell we noticed the next big change for the console version of the game.  The drops in the game seem to be more closely tied to the classes playing – something confirmed by the developers in the room.  Since there will be no Auction House, the drops are more frequent and aimed squarely at items your character can use.  This change is eventually coming to the PC version as well, but the console version is getting it first.   Before I could ask, the team quickly mentioned that this “Items 2.0” system does not unbalance the game, nor does it make the game overly easy – the whole thing has been rebalanced to compensate.  Loot is managed from a radial menu system that you can see below:

So here’s the question – how did it play?   In a word, comfortably.  With no instruction we were able to pick up the controllers and simply play, satisfying the first rule of couch co-op.  The game also allows you to mix and match couch with PSN/XBLA – rule number two checked off.  Since the game supports bringing your character via a USB stick, you can literally drop over to a friends house and pick up right where you left off.  The game will ship with all content from patch 1.0.7 (that means Monster Power, Brawling, updated skills and systems, Infernal Machine, and more) as well as some content from 1.0.8 like the multiplayer bonus, and (currently) 8 difficulty levels, there is no doubt that you can describe it as a ‘complete’ version of the game.  That’s all three check marks to make this a successful product.

Diablo III is due out September 3, 2013 for PS3, Xbox 360, and sometime later this year for PlayStation 4.  Before you run off to pre-order the game, stay awhile and listen….to our interview with Josh Mosqueira – Game Director for Diablo III. It’s easy to see why this title picked up our Best PlayStation 3 game of E3 2013. 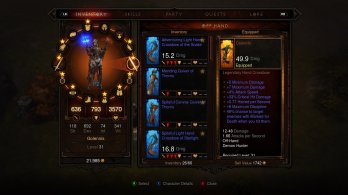 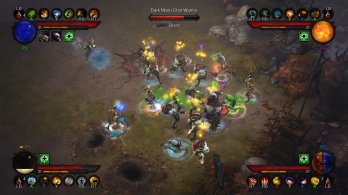 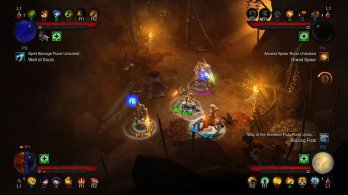 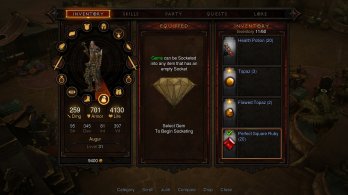 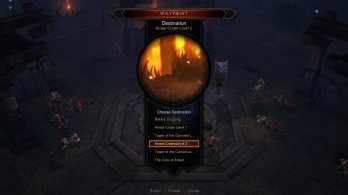