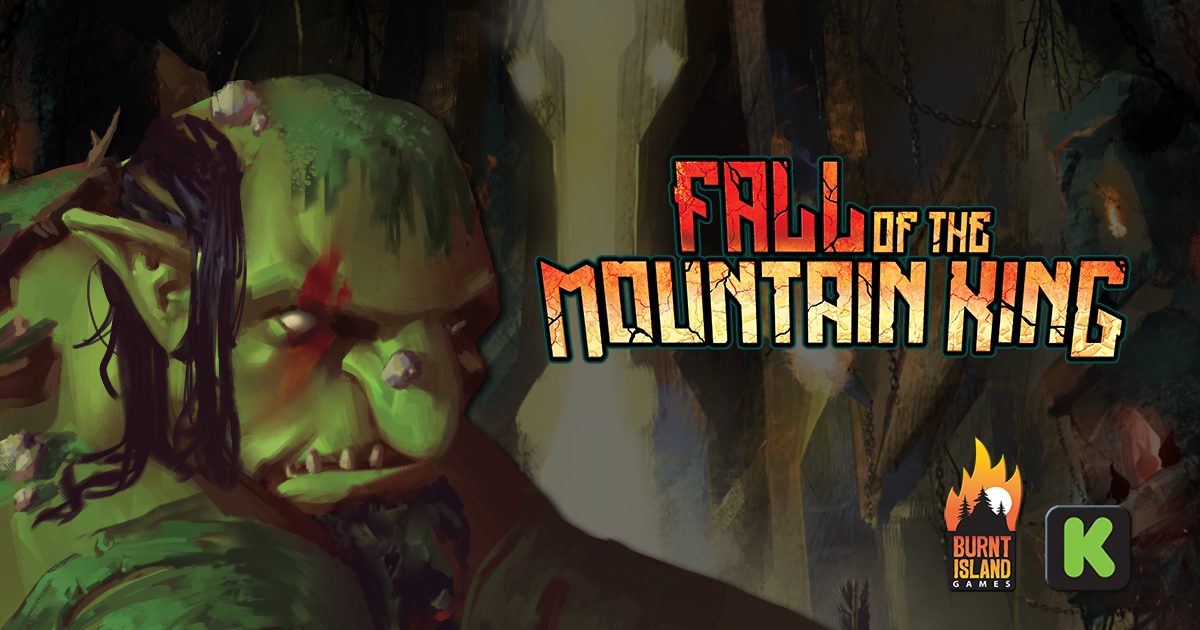 Burnt Island Games is a relative new board game publisher. Their first release was a reprint of Endeavor: Age of Sail, but they made their mark with In the Hall of the Mountain King which funded on Kickstarter two years ago. Now they are looking to repeat the success with a Kickstarter campaign for Fall of the Mountain King. I asked Sean Jacquemain eight questions to find out more about it.

How long have you been working on Fall of the Mountain King? 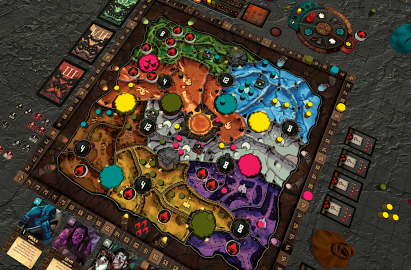 What kind of effect have world events affected the development of Fall of the Mountain King?

Well, it has been a difficult year in many ways. The lack of conventions make it harder to connect with fans, but we’ve migrated to online venues like Tabletop Simulator. In many ways, TTS has really helped our development, allowing us to meet with Adam for development sessions that otherwise wouldn’t be possible.

How do you win Fall of the Mountain King?

So Fall of the Mountain King tells the story of the gnome invasion into the trolls’ ancient mountain home. You earn Honour for spreading out and controlling caverns across three Waves of attacks from the gnomes. You can also earn Honour for defeating gnomes or even gloriously falling in battle. At the end of the game, scoring in the mountain changes, awarding you Honour for making a last stand around the Great Halls. Throughout the game you’ll also earn votes with the various troll clans that can earn you big end game points. 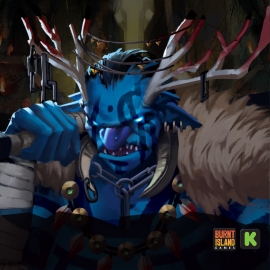 Where did the idea of the Ancestry wall come from?

That was all Adam’s idea. He had it as part of the original design. His idea was to have new decisions affected by older ones and to have an ever changing tableau to execute your actions on. The Ancestry is consistently the part of the game that new players love the most.

Why did you design the game to have area control without having direct combat?

Many different variations of the game included direct combat, but thematically and in practice it never felt right. The threat in the game is coming from the outside. We weighted it so that players are always treading water against the gnomes. You do compete with other players, but not through combat. 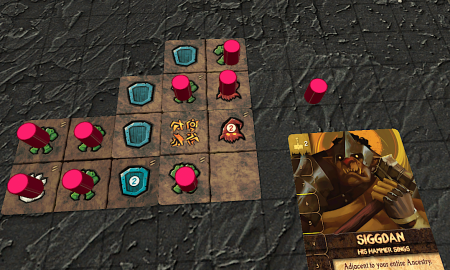 What kind of advantages do the different champions give you?

There are a wide array of abilities that the Champions provide. In Waves I and II, Champions will make you stronger when fighting gnomes, or better at grabbing control of caverns. Some help you move faster across the map and others will help with executing actions on your Ancestry. We had a lot of fun coming up with the powers of the Champions. In Wave III they work a bit differently. They are placed in Great Halls and they earn you Honour for the conditions in the caverns around them.

Is it possible that we might have more games in the “Mountain King” universe set up by Burnt Island Games?

Absolutely! We think there are a lot of stories left to tell in this tale. We actually are running a fun contest right now where people have been submitting their ideas for new titles. You can see the entries (and vote on them) here: https://www.burntislandgames.com/mountain-king-contest 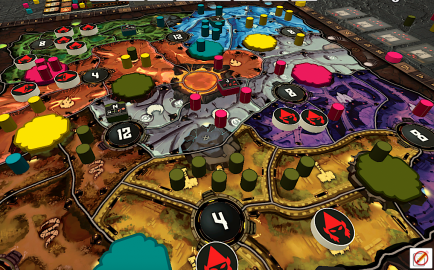 If you ask me, In the Hall of the Mountain King and Fall of the Mountain King both offer a mix of game mechanics that hasn’t been seen in other board games. If you haven’t checked out either game, then you can pledge for both in their current Kickstarter campaign. I’m looking forward to seeing what else Burnt Island Games comes out with in the future.