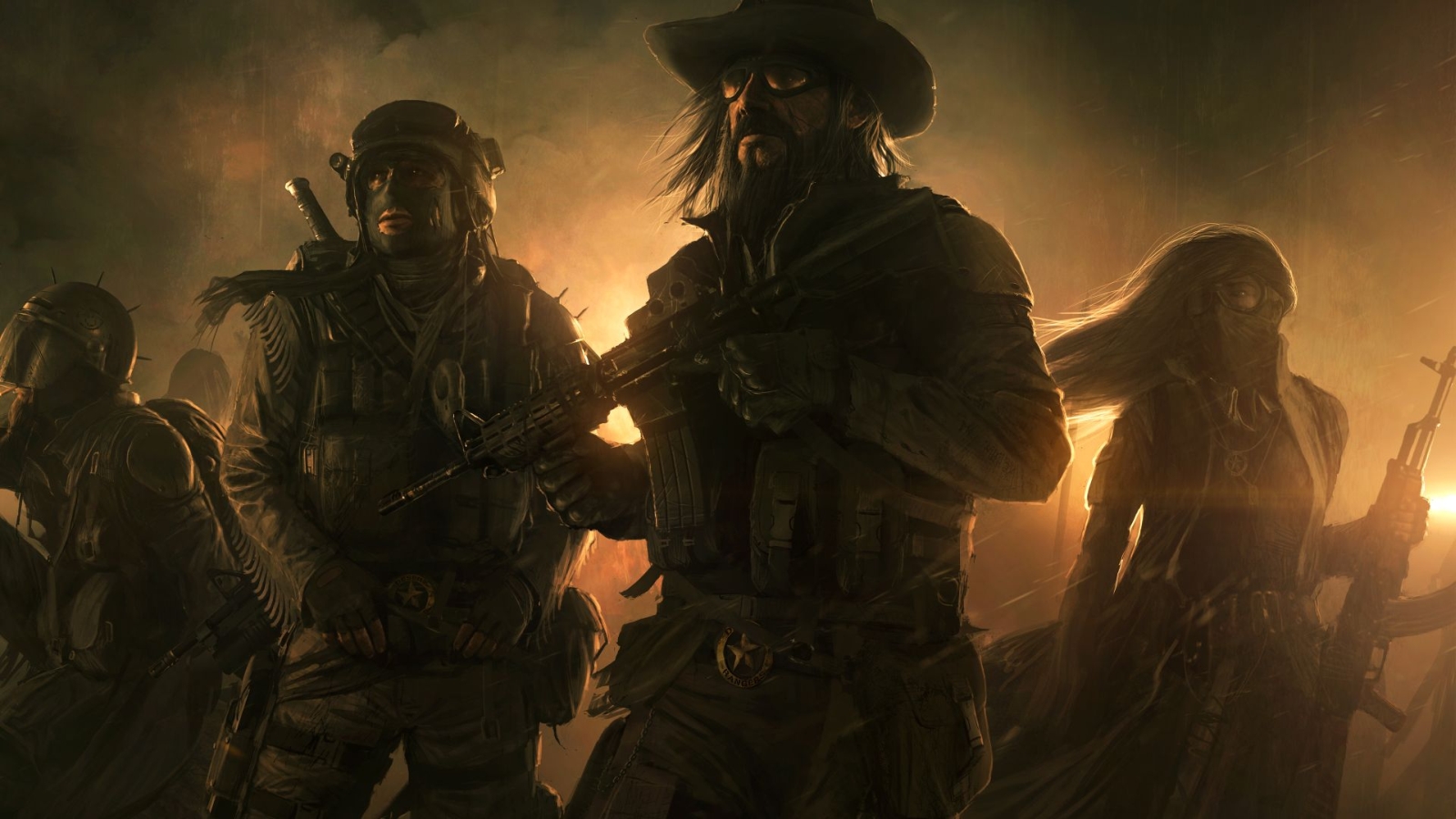 I took a look at Wasteland 2: Director’s Cut on Xbox One back in October of 2015 and found it to be a very solid port from PC to console, as you can see in my review. Nintendo’s portable console has become an excellent platform for ports, but none have been quite so successful as RPGs. inXile’s M-rated RPG has made its way to the Switch, so it’s time once again to venture into the desert. Ready up Rangers, and if you’ve got something to confess, now’s your last chance…

If you are unfamiliar with Wasteland 2, it’s an isometric tactical RPG that serves as the sequel to Wasteland — a game that shipped in 1998, a full 30 years later. Wasteland is the inspirational predecessor to the original Fallout, and that carries all of that infers. This is best illustrated in one of the very first missions where your commander decides to season you up by sending you on your first outing with less equipment than is necessary to complete it, expecting you to adapt and overcome the problem onsite — just like any Ranger would.

One of the things I mentioned in my review that I especially enjoyed about this title is a steadfast unwillingness to hold your hand. The game is more than happy to send you out in the literal desert, and if you are unwise enough to bring a medic and supplies, then I guess you are going to die. That, of course, remains true here as well. If you are new to the series, know this going in — save frequently, as Wasteland 2 is unforgiving.

It’s not my intention to re-review the game on the Switch, as it operates the same as it did when it was updated for modern consoles — for that, I’ll direct you to my previous review. Instead, I’m going to focus on the quality of the port to the Nintendo Switch.

All of the content added by the Director’s Cut patch from the original launch is present and accounted for on the Nintendo Switch. That includes the 19 quirks including Animal Husbandry, Brittle Bones, Opportunist, and 17 more that combine with nearly 100 perks to ensure that every character in the game is completely unique. I’m not surprised that no additional perks or quirks were added, as it would have required re-balancing the entire game. The great thing is that, despite the amount of options available, none of these skills or perks feel arbitrary or useless. Every time I sent my Rangers into the field, they encountered a task or scenario that could have been made easier or gone differently simply by having a different skill loadout.

Docked, the game looks just as good as it ever did on the Xbox One or PlayStation 4. The game is a few years old at this point, and the art assets are the same, so there are some low polygon moments here and there, but undocked you’d never notice. Unfortunately, what you will notice a difference is with the text. In the options is toggle to push the text size to “Very Large”, but it simply isn’t large enough. Reading flavor text, menus, and cycling through the inventory is a little challenging. While not insurmountable, I did find myself quitting a bit earlier than I would normally while in portable mode due to eye fatigue.

I did run into some technical hurdles with Wasteland 2: Director’s Cut on the Switch. Undocked, I occasionally had framerate stutters or the cursor would suddenly decide to dance across the screen inexplicably. Unfortunately, I also had several crashes to the homescreen, and two outright full system locks that required a hard reboot.

I’m a little disappointed that inXile didn’t use the time since they launched the game on modern consoles to update it to take advantage of the Nintendo Switch’s touchscreen. While the wheel-based skill system (left trigger for skills, right trigger for combat actions) remain intuitive, strategic titles and RPGs (or blends like this title) are greatly enhanced by the tactile interaction. It does mean that you’ll be relying on the less cooperative thumbsticks of the console to place your Rangers. Similarly, the inventory paperdoll system would be vastly improved by a drag and drop mouse analog similar to the PC version. It’s never really problematic, per se, but that doesn’t mean it couldn’t have been better by simply taking advantage of the platform’s innate traits.

In the end, Wasteland 2 remains a great reminder of a ruthless post-apocalyptic RPG genre that is equal parts unforgiving and demanding. Unfortunately, it’s held back on this platform by some technical glitches, but it’s likely that inXile will have these ironed out soon enough. Now, if only they’d let me make these damned fonts a little bigger…

Ron Burke is the Editor in Chief for Gaming Trend. Currently living in Fort Worth, Texas, Ron is an old-school gamer who enjoys CRPGs, action/adventure, platformers, music games, and has recently gotten into tabletop gaming. Ron is also a fourth degree black belt, with a Master's rank in Matsumura Seito Shōrin-ryū, Moo Duk Kwan Tang Soo Do, Universal Tang Soo Do Alliance, and International Tang Soo Do Federation. He also holds ranks in several other styles in his search to be a well-rounded fighter. Ron has been married to Gaming Trend Editor, Laura Burke, for 21 years. They have three dogs - Pazuzu (Irish Terrier), Atë, and Calliope (both Australian Kelpie/Pit Bull mixes).
Related Articles: Wasteland 2 Director's Cut
Share
Tweet
Share
Submit