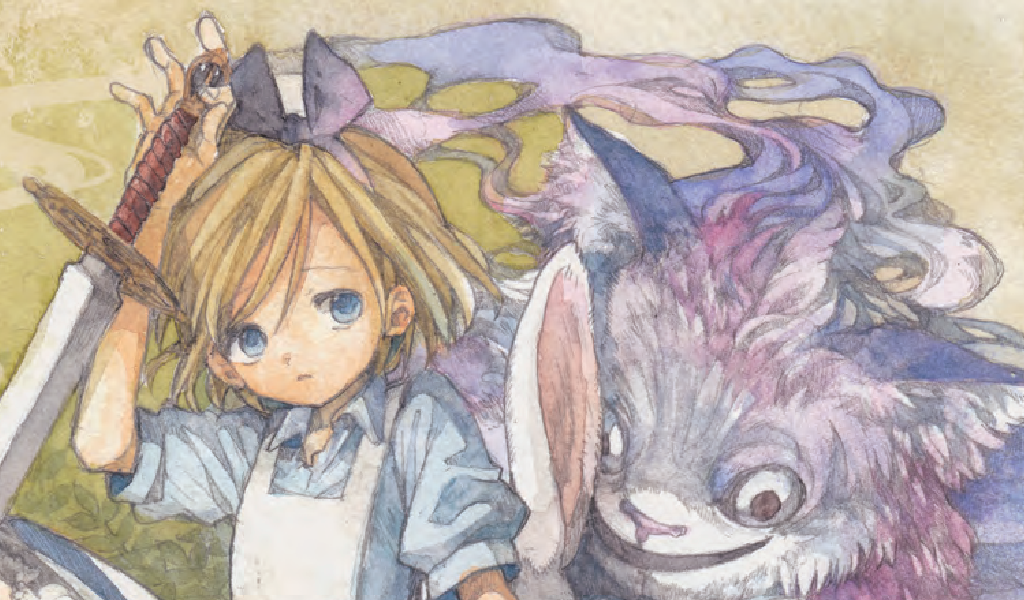 Like most of the general public, I love me some battle royale. While I’m not into Fortnite or PUBG (my gaming BR experience consists of hours of Tetris 99), I do enjoy reading stories of a free-for-all fight that ends up with a sole survivor. It was with this mindset that I picked up Fairy Tale Battle Royale, an ongoing manga from Seven Seas that will release its third volume this August. While the first two volumes of the manga are flawed and have a problem of not getting to the action right away, its heart is in the right place with its deconstruction of some tropes within the genre. 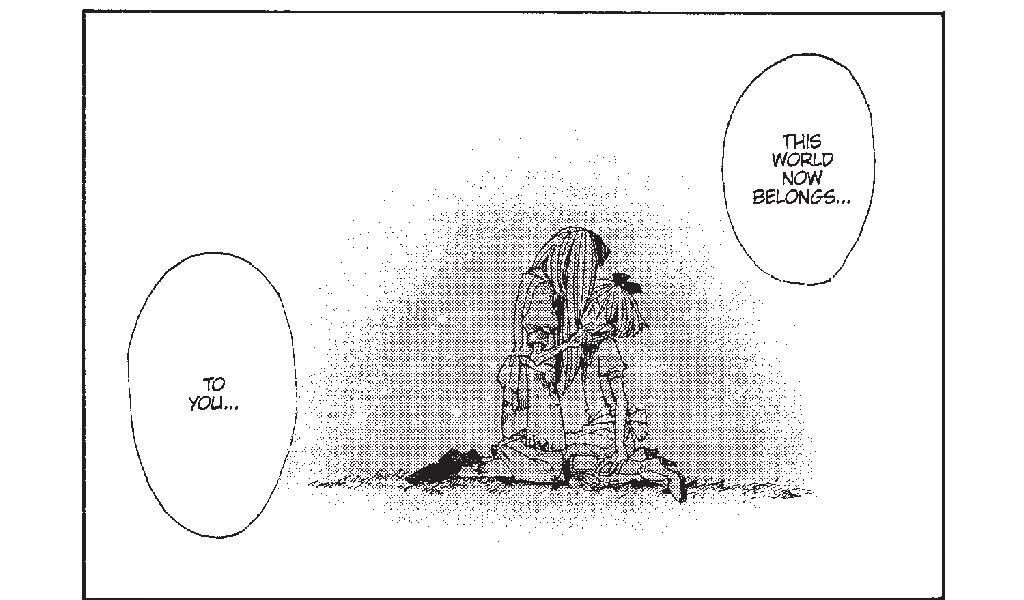 Aoba Kuninaka is a schoolgirl who constantly gets bullied, and while brilliant, is a friendless shut-in who longs to make friends. When a few girls destroy a book she was working on, Aoba finds a contract in the scrap pile, which grants her one wish in exchange for her commitment to become the Protagonist of Alice in Wonderland. Seemingly brushing it off, she writes that she wants to be friends with everyone in her class and becomes marked with a symbol on her hand, whisking her away to an odd representation of Wonderland. She realizes something is amiss as a zombified version of Alice mauls her before it crumbles into sand. Armed with a magical book which can summon a weapon, she meets another Protagonist, Noah, who works with her in order to find out what’s going on.

They are told in the middle of the first volume that they have to complete their books, as killing members in their “Main Cast” (mummified versions of a Protagonist’s story) will add writing and drawings to their books. Throughout the two volumes, Aoba deals with the consequences of her actions, as all of her classmates start to become friendly towards her; this seems like a great turn of events for her, but ends up becoming more than she bargained for. The event and its contracts also have a worldwide presence as Aoba realizes Noah isn’t just a regular boy from Japan, but a member of an internationally-acclaimed boy band. As the story continues, she must figure out the true meanings and designs of the deadly game before it kills her. 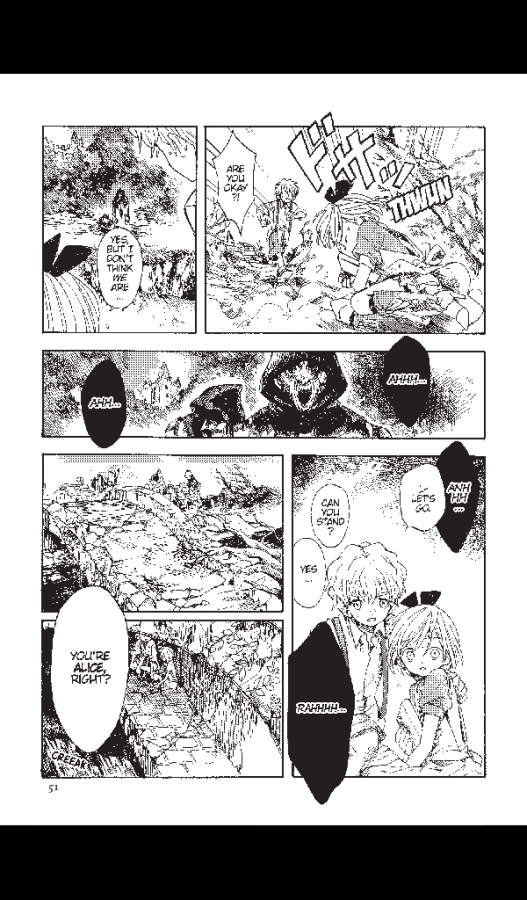 Based on the previous paragraphs, I actually hold the premise and overall plot in high regard; the dismal setting of the fairytale worlds mixed with a deconstruction of wishes a la Puella Magi Madoka Magica make for a delightful read that I fervently consumed. The battle royale elements are unfortunately not explained in great detail, with plot crumbs scattered around the second volume, but the urgency of survival is prevalent in the first few chapters. The mostly Shojo genre-typing means that most fights aren’t detailed (they’re mostly just one stab/shots from a Protagonist’s weapon), but they get the job done. I do enjoy the eerie presence of the fairytale world, one that screams of decay rather than the idealism these stories usually convey. The art style has a great contrast as well, as beautiful scenery rots into dilapidated structures. The whole thing has a horrific vibe, and makes for a cool deconstruction.

Unlike most manga reviews I’ve done for the site (where I score each volume), I decided to do something different here. I firmly believe that this story falls flat when reading the first volume by itself, and only merits itself when the first two volumes are read together. This is because the story, while intriguing and sometimes downright chilling, feels incomplete in the first volume. The four chapters that make up the first volume establishes the main protagonist’s backstory as well as her first trip down the rabbit hole, but it does so in such a haphazard way that nothing is established by the time the fourth chapter ends. It all feels like a one-shot rather than a whole bunch of chapters, and that means the pacing is glacial for the first half of the story. 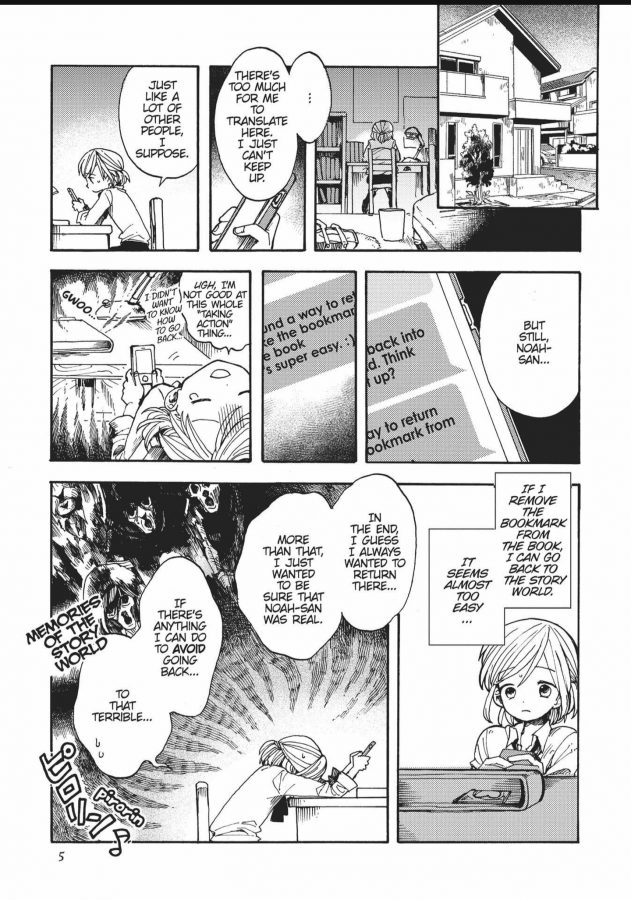 That being said, the second volume delves into some very necessary worldbuilding that justifies the elements introduced in the first volume, mainly the need to keep returning to the land of the fairytales, lest you die in real life thanks to a mysterious infection. New characters are introduced in both worlds, thus making the stakes higher for Aoba to survive, even if she doesn’t know what to expect in future visits. I appreciate how later chapters build on the less than desirable aspects of this game, even if nothing is fully explained by the time the second volume closes. I think there should be more of an info dump in future chapters, as I really want to know how everything works before our main character sets foot in this land again. (For one, can there only be one survivor?) 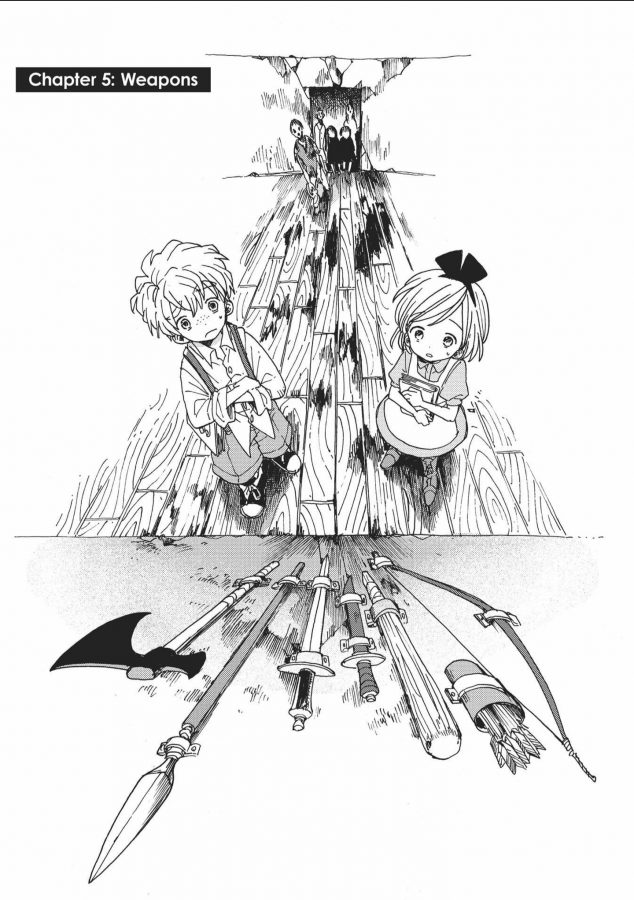 Fairy Tale Battle Royale currently has two volumes available through Seven Seas, with the next one out this August. Cozy up with a great book and go Beyond the Page here on Gaming Trend.

Elisha Deogracias is an aspiring accountant by day, freelance writer by night. Before writing for Gaming Trend, he had a small gig on the now defunct Examiner. When not being a third wheel with his best friends on dates or yearning for some closure on Pushing Daisies, he's busy catching up on shonen manga and wacky rhythm games. Mains R.O.B. in Smash. Still doesn't know if he's a kid or a squid.
Related Articles: Beyond the Page, Fairy Tale Battle Royale
Share
Tweet
Share
Submit