You and your two friends are taking today to visit your high school teacher in the hospital. You’re meeting in the park first, and you’re late. When you get there, your friends have already gone ahead because there was an incident of some sort in the park, no big deal so you head off to the hospital. Upon entering, the hospital appears to be empty, it’s the weekend so maybe since business is slow the staff have the day off and you start searching for your teacher. You meet up with your friends, and split up to search for your teacher. In the basement, you find a creepy old dude worshiping a cylinder and threatening to kill you, muttering something about a Maiden and the Conception. Thankfully, your teacher intervenes before anything can happen between you and the man, who’s probably another patient or something. She asks you to meet her on the roof, but suddenly your two friends have gone missing so you go alone. On the roof of the hospital, the two of you watch the world end – folding in on itself before your eyes. While the day started bad, it’s about to get much worse – because you survived.

Shin Megami Tensei III Nocturne (shortened to SMT3) was originally released in 2003 to a Japanese audience. A year later, the Maniax version was released in Japan and internationally, containing several updates such as a new area, a new ending, and Dante from Devil May Cry as an unlockable ally. Four years after that, another new version of the game came out, again only in Japan, subtitled Chronicle which replaced Dante with Raidou Kuzunoha the XIV from the SMT Devil Summoner series. As you can see, there are many different versions of this game. Now, the original, Maniax, and Chronicle versions are all being remastered in one package. I adored the game back on the PS3 (as a PS2 classic) so I jumped at the chance to sit down with the game’s opening two hours once more. 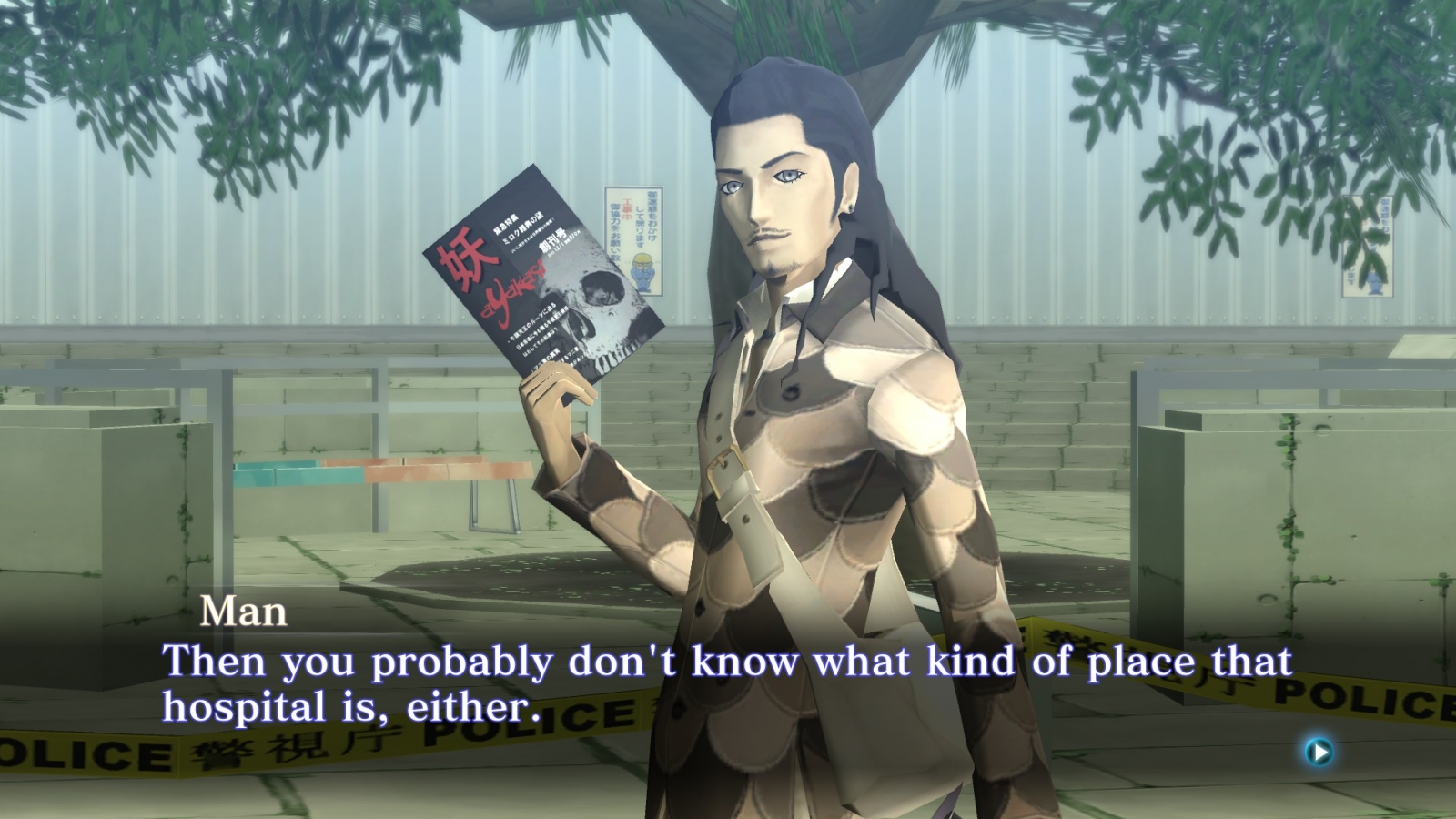 From the intro described above, it’s clear that there have been measures taken to bring the game into the modern era. While models don’t have any additional polygons, most textures have been uncompressed and cleaned up, text is much clearer, and the game now presents in widescreen instead of 4:3. The localization has also been refreshed somewhat, with the same team that worked on the original redoing their work with many more years of experience behind them and the addition of voice acting for certain scenes. The new VO is my favorite addition so far— it brings much more depth to characters like Chiaki as her voice actress captures how distraught and frightened she is when you meet her in the Shibuya club. While in my preview video, I chose to play the Chronicle version of the game with Raidou, I can confirm that Reuben Langdon returns to voice Dante here and he’s just as cocky and fun as ever.

While the visuals have been improved greatly and the voice acting is excellent across the board so far, unfortunately the incredible soundtrack by Shoji Meguro is still compressed to hell and back. While I still rock out to all the battle themes, especially the boss theme, it feels very jarring to have these low quality tunes playing while characters deliver crystal clear voice over. I was hoping Atlus and Sega would re-record at least a few songs in the OST, especially with the remaster costing a base of $50 and the Chronicle, Maniax, and other DLC packs ranging from $7 to $10, but no such luck. One of those packs does, however, include overworld and battle themes from SMT 1, 2, 4, and Apocalypse, but they only replace songs on the overworld. The music of Nocturne is so iconic, it’s where the catchphrase “One more God rejected” comes from after all, I can understand not wanting to mess with it. But this feels like a missed opportunity to, at the very least, uncompress them. 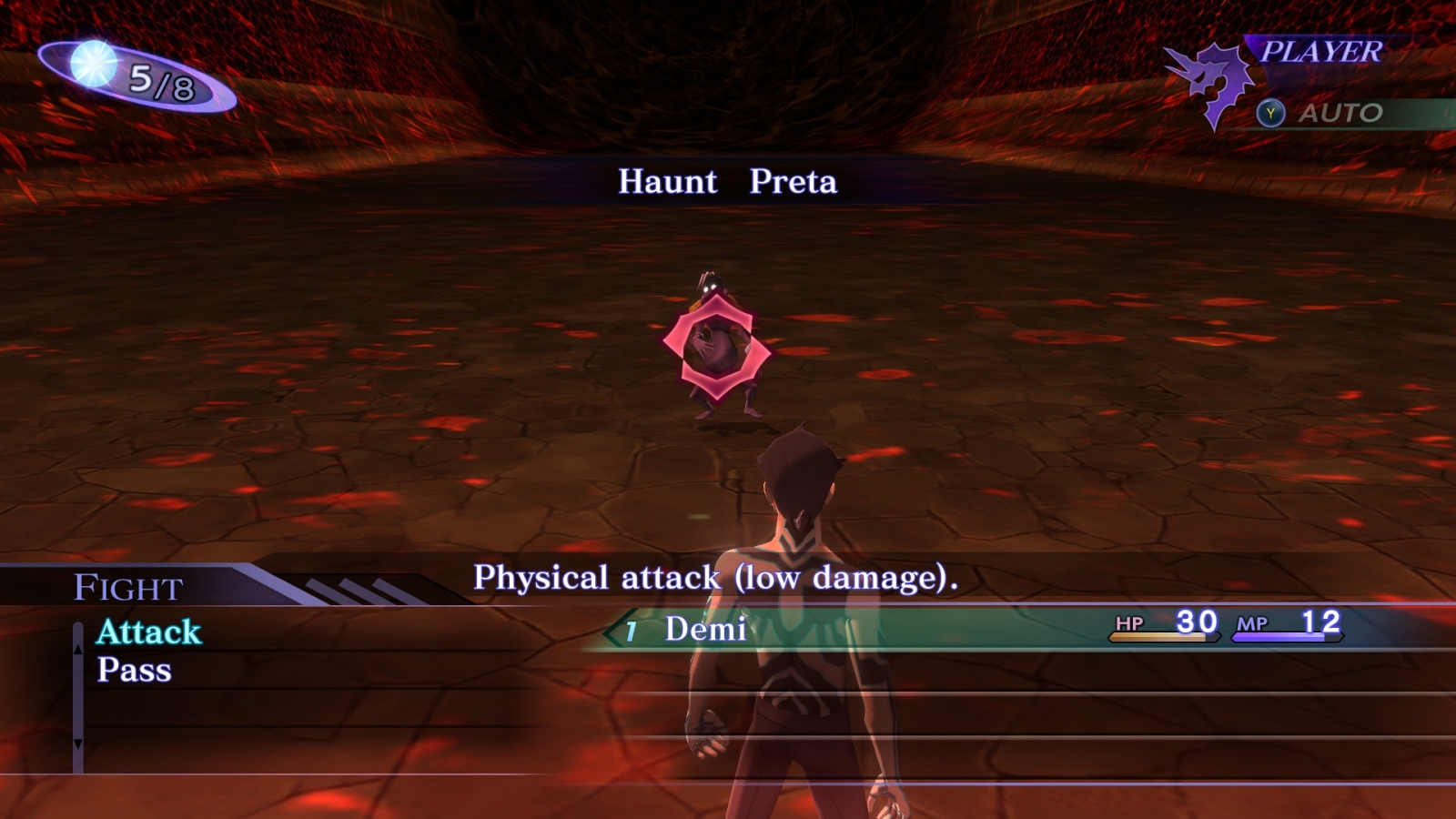 Shin Megami Tensei games are known for being extremely difficult RPGs, and Nocturne is certainly up there in terms of difficulty even within the series. I find that this trend generally comes from the games being hard to start, as at the beginning you have no demons or abilities and thus very few options in combat, but SMT3 can still give you a run for your money with many of the bosses. To help newer players acclimate, a new difficulty titled Merciful has been added as free DLC and players are given the opportunity to change the difficulty at any time in the options menu. Having already suffered enough, I played through the beginning of the game on Merciful and, this may be strange to say, but it feels way too easy. From what I can tell, Merciful increases the damage you deal and the EXP you and your demons earn while reducing the damage you take as well as the encounter rate. While I love having the option to easily revisit Nocturne’s excellent story, I do wish there was something between Merciful and Normal as the difficulty of the game plays into its themes. I’ll see if this changes later on in the game, but for now I’ve been using Merciful for exploring and potential grinding if I want a certain skill for demon fusion and swapping to Normal for boss fights.

I really enjoyed revisiting Nocturne with it’s updated graphics, voice acting, and new content, but in my short time so far I can’t help but see some of the missed opportunities here. You can look forward to our full review of the game closer to launch, but for now I have a few more gods who need rejecting.

David is the kind of person to wear his heart on his sleeve. He can find positives in anything, like this is a person who loved Star Fox Zero to death. You’ll see him playing all kinds of games: AAAs, Indies, game jam games, games of all genres, and writing about them! Here. On this website. When not writing or playing games, you can find David making music, games, or enjoying a good book. David’s favorite games include NieR: Automata, Mother 3, and Gravity Rush.
Related Articles: Shin Megami Tensei III Nocturne HD Remaster
Share
Tweet
Share
Submit