Jay and Silent Bob: Mall Brawl, the retro inspired beat ’em up previously available only on Nintendo Switch and Steam, is heading to PlayStation and Xbox consoles on May 20th! Also announced is an awesome Limited Run set featuring a Nintendo inspired game sleeve, a soundtrack, poster, and more! Kevin Smith fans unite! Grab a friend and fight your way through iconic scenes partially inspired by the film Mallrats.

Interabang Entertainment, in collaboration with Spoony Bard Productions, is stoked to announce that Jay and Silent Bob: Mall Brawl, a side-scrolling 8-bit-inspired beat-em-up previously released on Nintendo Switch and Steam, is coming to PlayStation 4 and Xbox One/X|S on May 20. The new versions of Mall Brawl will be available digitally and as a special physical release in collaboration with Limited Run Games.

Mall Brawl has been upgraded with higher-quality visuals and a remixed soundtrack for PlayStation and Xbox, and those enhancements will also make their way to Nintendo Switch and Steam via a free update.

Mall Brawl will be available digitally for $14.99 on PlayStation and Xbox consoles. To mark its latest release, the game is being discounted 10 percent at launch week on all platforms, including Nintendo Switch and Steam.

*A physical version of Jay and Silent Bob: Mall Brawl on PlayStation 4. 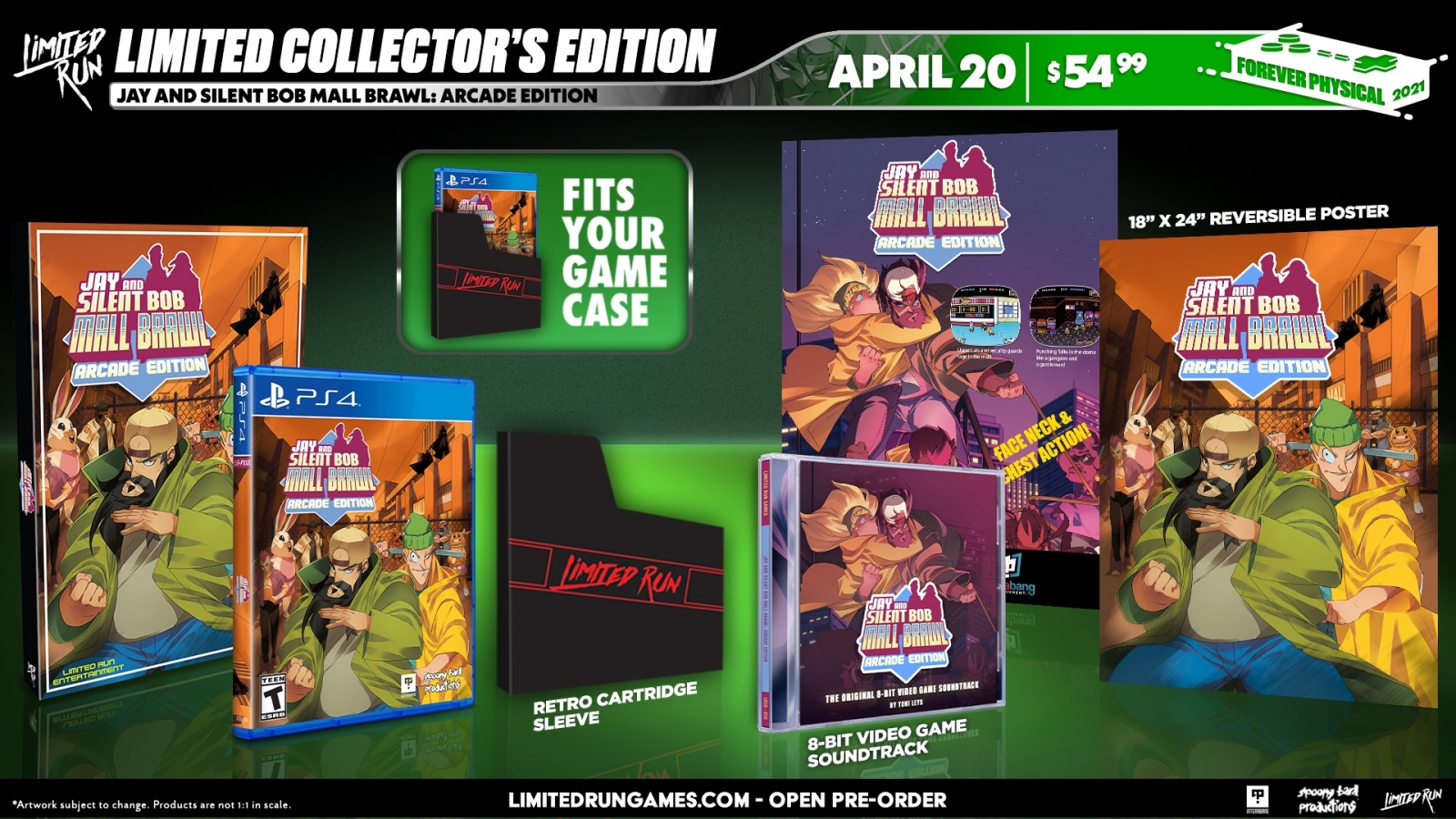 After sabotaging a public-access TV “Truth or Date” broadcast that was being filmed at the mall, Jay and Silent Bob are pursued by the chief of security LaFours and his low-level goons. The duo will have to battle a path back home to their familiar post outside the Quick Stop. They’ll face countless security guards, aggressive mall rats, bouncing barrels, and a host of other threats that are bound to be familiar to players who grew up in the NES era of 8-bit brawlers.

Mall Brawl stars Kevin Smith’s iconic duo in a game that draws from the entire View Askeweniverse. Players can take on the challenge solo, swapping between characters at will, or bring along a bud for some two-player couch co-op. The pixel art may give you flashbacks to simpler times, but combos, weapons, and other touches provide depth for those who seek it.

In addition to PlayStation 4 and Xbox One, Mall Brawl will be available on Xbox Series X|S via backward compatibility. Jay and Silent Bob: Chronic Blunt Punch, Interabang’s follow-up to Mall Brawl, is coming to PC later this year.

Check out a few gameplay pictures: 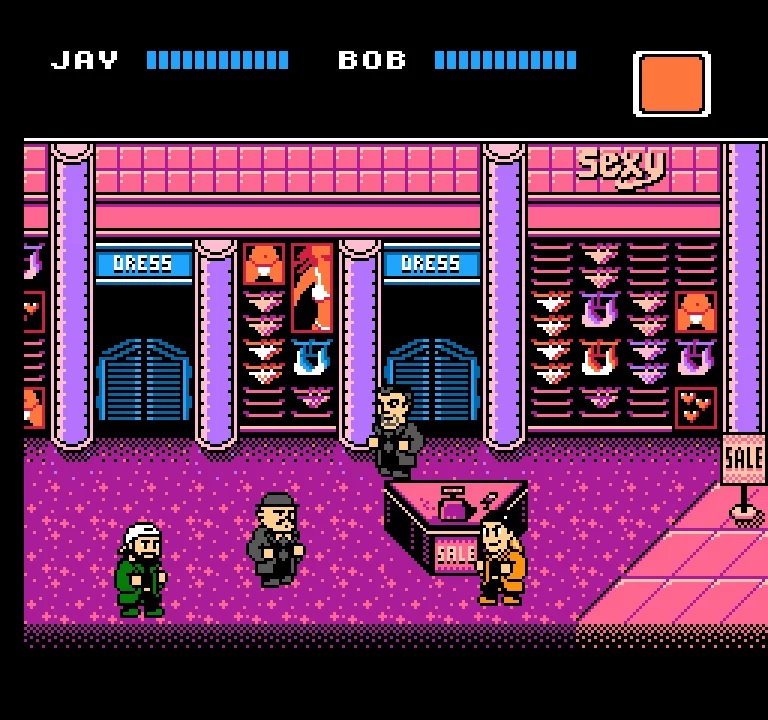 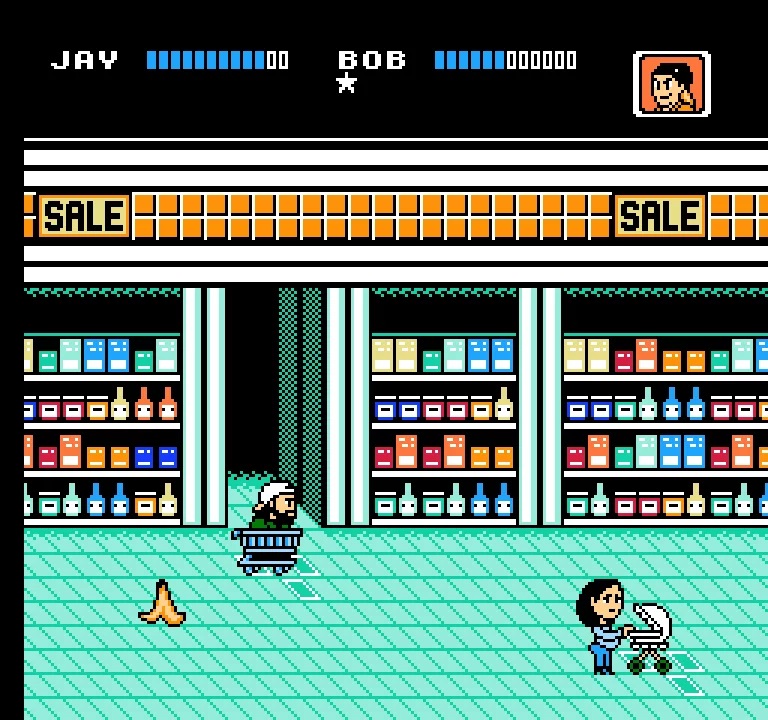 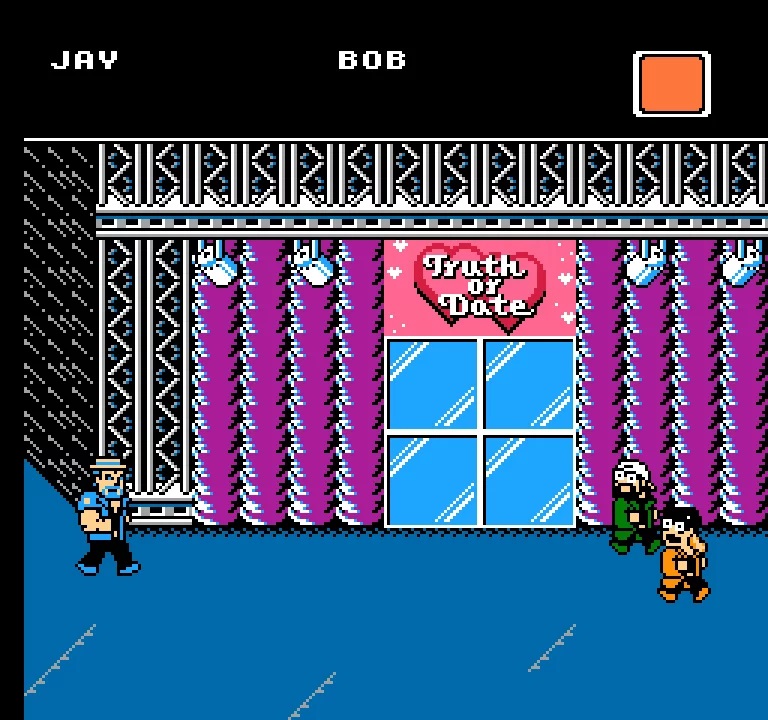 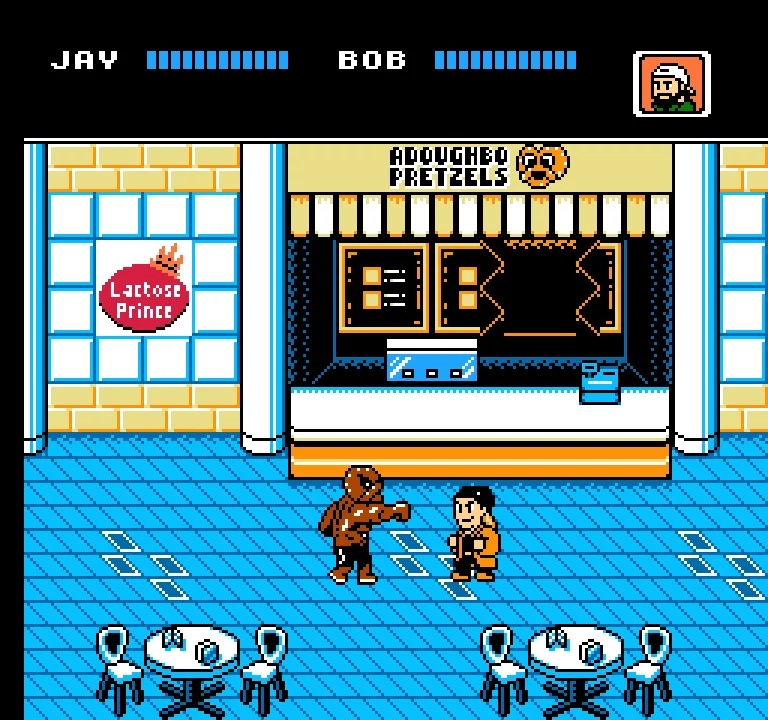