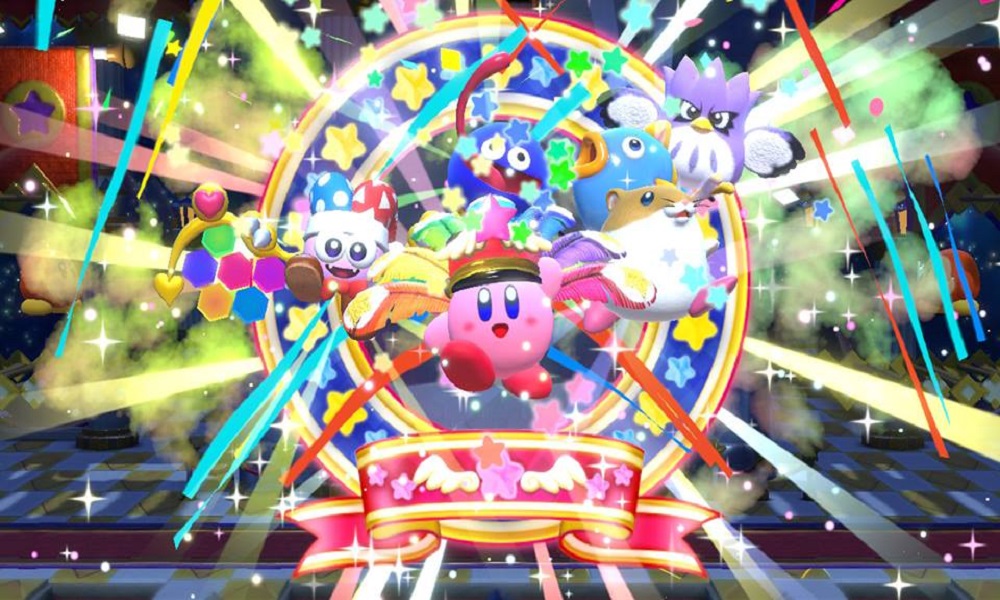 As I mentioned in my review of Kirby Star Allies, Kirby games’ best content is often saved for after the curtain draws on the pink hero’s adventure. Kirby Star Allies is no different, as there are two game types which are not available until after completing the game, and these are arguably the best part. For anyone that hasn’t yet unlocked the modes, be warned! There are spoilers ahead.

Upon saving the galaxy from certain doom yet again, you’re graced with two news modes: “The Ultimate Choice” and “Guest Star ??? Star Allies Go!” Both of these modes aren’t entirely new to the franchise, but they create quality of life changes that aren’t just welcoming, but encourage more replayability.

Sometimes known as, “Too Many Cooks” and a Meta Knight.

The name may sound confusing initially, but this is basically Kirby Star Allies’ Extra mode. In the past, Kirby games often had an “Extra” mode upon completion of the main story. In Kirby’s Return to Dreamland, this mode was just the main story again with harder enemies and half of your maximum health available. Kirby Triple Deluxe and Planet Robobot changed this formula by having players race through the entire game split into five sections as King Dedede or Meta Knight respectively. These two modes were nice, but limited players by only allowing them to play through the game with one ability.

Kirby Star Allies’ Extra mode takes a page from Kirby Super Star Ultra’s Helper to Hero subgame. Instead of running through the entire game as a designated character, you select which helper (therefore, an ability) to play as and run through the entire mode. Each helper has their own title as well, making it feel like they’re the start of their own game.

Guest Stars receive their own titles screen and their own information screen!

As a helper, you run through all four worlds in broken up chunks while collecting powerups that increase your maximum health, power, speed, or all three simultaneously. These powerups are often held in bonus areas where rainbow puzzle pieces were found in the main game, leaving players to decide if the time it takes to grab the powerup is worth the potential speed boost for the rest of the level.

Racing against the clock is one of the biggest draws of this mode, as the game keeps track of your best time for each of the guest stars. This means that instead of having one personal best to beat, you have over 25 different records. There is a good reason for separating the times for each character: every guest star has a different set of levels.

This area was not available when I originally played as Gim with Yo-Yo.

Each Guest Star run has a different layout, which helps the player completely grasp the mechanics of their ability. Players can still make friends and combine abilities, and doing so will allow players to overcome obstacles designed for that ability, such as an area where Yo-Yo is required to activate a door to a powerup. While the overall experience may be similar, this ensures that every run will feel fresh in some way and encourages players to run through the game with as many abilities as possible.

Guest Star isn’t without its faults, of course. Just like Triple Deluxe and Planet Robobot, there is a completely different final boss waiting at the end. This final boss, while incredibly interesting in design and mechanics, is completely steamrolled by you and your goon squad. There isn’t a chance to fully appreciate its interesting moveset, which leads to an anti-climactic finish to an overall interesting addition.

Fighting with a fresh coat of paint, The Ultimate Choice

Whispy Woods burns at every level.

Fans of the Kirby series may realize that I didn’t mention the existence of a certain mode with a nearly perfect attendance record, The Arena. It’s still here, but it’s been given an overhaul and a new name, The Ultimate Choice. Instead of splitting the arena between two different difficulties, The Arena and The True Arena, Kirby Star Allies created an arena with over 7 different difficulty settings.

Players choose how “spicy” they want their run to be, with higher difficulties offering less maximum tomatoes and more bosses to battle. At higher difficulties, these bosses even change slightly, becoming their harder versions from later on in the game. The hardest difficulty, which includes all of the bosses except for one special boss from world four, is locked and requires players to finish Guest Stars with any character before they can tackle it.

The lowest difficult has 4 fights and 6 maximum tomatoes, for some magical reason.

There’s one more change to the arena mode that I’ve been wanting since Kirby Super Star: Before selecting your spice level, be it Baby Spice or Scary Spice, you’re taken to the familiar ability select screen from Guest Star. From here, you can select Kirby, an ability for Kirby to have equipped, or an ally by hitting “X” over the ability.

Even I’m not crazy enough to attempt to clear the highest difficulty with everyone.

Unlike previous Kirby games, it’s now impossible to lose your ability in the middle of a boss rush run. I was incredibly thankful for this change, and have been enjoying powering through levels without the fear of losing an ability at the end of a run.. In the past, when someone chooses an ability for the arena, they often intend to keep that ability. While the high score for each ability is logged, this mode highlights the best run among all of the abilities. Players can challenge themselves be even trying to do an abilityless run on the highest difficulty.

The Ultimate Choice is still on the easy side compared to past arenas, but it was still stressful to tackle every boss with energy drinks instead of Maximum Tomatoes. When you finally beat the final boss after a grueling gauntlet on the “highest difficulty,” you’re greeted with a special sadistic surprise: there is one more difficulty.

With the top left showing which version of the game was played while this was captured, there could be even more in the future.

If you had difficulty with level 7, then be prepared for the hopelessness inspired by the Soul Melter. You’re now tasked with taking on slightly harder versions of every boss with 6 tomatoes and, the most difficult change of all, your maximum health has been cut in half. Upon completing this task, you’ll be rewarded with a larger crown on the ability on the select screen, rather than the smaller one you unlock by beating The Ultimate Choice on any other difficulty. Plenty of players have already taken on the challenge of finishing the Soul Melter with every possible character.

Dream Friends were one of the highlights during a Nintendo Direct prior to Kirby Star Allies being released. In the main game, you can only access these Dream Friends by entering a Dream Palace, and you could only do so if player one was Kirby. But, why would HAL bother adding three new Dream Friends post-game if they’d only be from the second player?

The answer is simple: HAL wasn’t thinking about the main game when they added Rick, Kine, & Coo, Marx, and Gooey. When Guest Star or The Ultimate Choice (any difficulty) is completed with any character, Dream Friends become available to select. In Guest Star, each Dream Friend is given their own victory theme and title screen as well as unique levels only for them. These levels also trim the fat of the frustrating segments of Guest Star prior to the update that required you to wait, adding unnecessary time to your score.

Some of these areas are unique to these Dream Friends and are used to teach players about the mechanics of that character. Marx in particular had an area dedicated to learning how to angle is ball-kick move. Speaking of Marx, he shows a level of effort I wasn’t expecting from a simple “ability” addition.

Even better news: every move for Marx, the final boss from Kirby Super Star, is available in the game! I know it doesn’t sound possible, but I promise you, Marx defies the impossible. He sprouts his strange wings when he flies, he spits balls that can become the ice attack if he is combined with ice, if he does a running jump attack while combined with electricity, he shoots needles, and finally, holding attack while in the air will make Marx creates a black hole. He’s not just unique, he’s fun to play as well.

I now understand why Marx used this move in Kirby Super Star so much. It’s useful!

With one last surprise, each of the new Dream Friends has a unique twist if they reach the final boss of Guest Star mode. The final boss’ theme is replaced with the final boss theme from the game the character appeared in, except for Gooey, who, interestingly enough, got the first phase of the final boss from Kirby’s Dreamland 3.

Don’t let that face fool you, he once tried to crash NOVA into Popstar to take over the world.

Running through Guest Star as each of the Dream Friends made the mode more fresh than ever, and the small changes made in the update makes me excited for what HAL plans on bringing in the future. After all, they stated that “many, many more” Dream Friends are being released in the future. With The Ultimate Choice being structured the way it is, it’s possible to add more difficulties if they decide to add more bosses in the future. Adding more modes is probably just a dream.

But, this is Kirby after all. “Dreams” are sort of his gig.