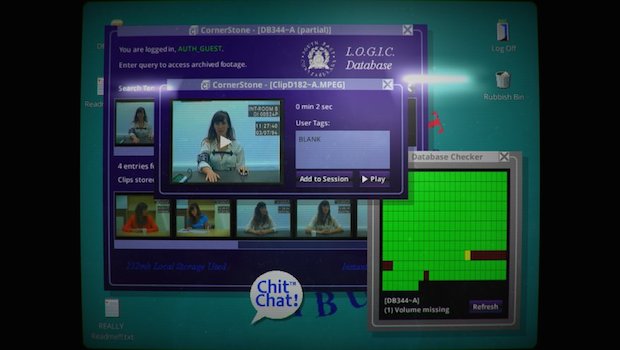 For our fourth day, we’ll be sharing our favorite performances of the year, the best DLC, and the best indie game of the year. Jay Malone will also share his top 10 list, which is sadly devoid of wrestling games. Maybe next year.

The story of Destiny so far is very similar to spoiled milk turning into delicious cheese. While the initial launch of Destiny was hugely disappointing, Destiny rallied with The Taken King, and has since devoured countless hours of my life. Many of the issues that players had with Destiny in the first year have been corrected, and I’m very excited to see what’s next for the franchise. — Travis Northup

After many years of catching monsters and training them up, I felt burnt out on the whole “catch ’em all” genre. Yo-Kai Watch was the breath of fresh air that got me back into it, with a completely new setting and a far-cry from the pocket monsters I had been accustomed to. Nabbing ghouls involves more than just weakening them, but negotiating and luring them to your side a la Shin Megami Tensei. The battle system and its combat wheel is simple to use, yet leads to some really engaging meta-gaming. If anything could dethrone the king of catch-em, it’s Yo-Kai Watch. — Eric Van Allen

2015 saw some serious indie stars in both Her Story and Undertale. They both embodied what it means to be an independent game. But the one that showed that heart throughout its entire runtime was Her Story. Sam Barlow’s search engine-fueled story takes the player through a host of emotions, and eventually situates them with one of confusion, but odd satisfaction. Her Story introduced multiple unique mechanics that helped build an expert narrative, one led by main actress Viva Seifert. Seifert does a perfect job of capturing her character and motivations into bite-sized video clips. With all of that backing him, Barlow created an addictive, memorable dive into an expertly crafted character. — Jay Malone

Her Story was going to sail or sink on the performance of its main subject, Viva Seifert’s Hannah. The entire game revolves around Seifert being able to sell the intrigue and mystery surrounding the cold murder case, and to make you want to delve deeper into Hannah’s psyche. The performance that Seifert puts on is nothing short of intoxicating, as she effortlessly plays not one, but two characters, and portrays them so masterfully that you’re left wondering as to the true nature of Hannah. You see deep into Hannah’s psychosis, her issues, her past, but never deep enough to find the whole truth. Seifert reels the audience in and sells the entire package flawlessly, and proves the power of human actors and FMV in games. — Eric Van Allen

Runner-ups: Rami Malek as Josh (Until Dawn), Dameon Clarke as Handsome Jack (Tales from the Borderlands)

Crawford Starrick is this year’s best-performed, worst-utilized male character. Actor Kris Holden-Ried’s haunting performance of an industry-owner-turned-hopeful-revolutionary is one of the highlights of Assassin’s Creed Syndicate, but it’s a shame he primarily only appears in brief bookends of the game’s chapters.

One scene in particular stands out as an example of Holden-Ried’s excellent performance. Halfway through the game, as the Frye twins continuously kill off those close to Starrick, he retreats to his piano, performing a solo of the song “Then You’ll Remember Me,” asking only to not be disturbed. When his wish is not granted by an employee he, without hesitation, shoots the man, before immediately returning to his song. It’s all at once terrifying and heartbreaking.

Holden-Ried plays Starrick as a man of dedication, blind by his dreams of an idyllic, Templar-ruled England. It’s unfortunate, though, that he did not receive more screentime in the game. — Blake Hester