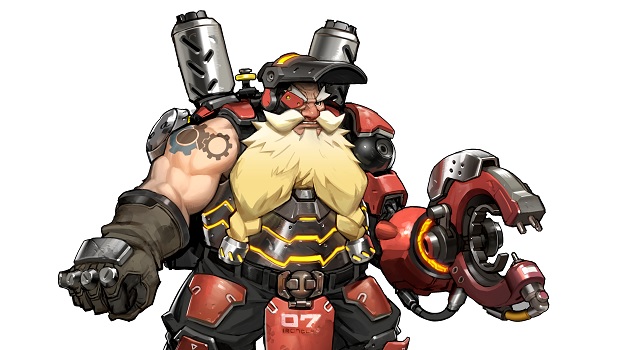 Whispers around the internet led many of us to believe that a new franchise was going to be announced at this year’s BlizzCon. We even knew thanks to evidence of a registered trademark that the game was probably going to be called Overwatch. Sure enough, Blizzard VP Chris Metzen revealed during the opening ceremony this morning that Overwatch is indeed going to be the company’s first new game in seventeen years. What many of us hadn’t anticipated that the new game would be a first-person shooter.

We were introduced to the new world via a Disney/Pixar caliber cinematic – seriously, this is better than anything I’ve seen yet out of Blizzard. The broad overview of the narrative, according to Metzen, is that the game’s universe takes place on Earth about 60 years from now. Robots have since become super intelligent and revolted against humanity causing a global crisis. In response to this robot force, a strike team called Overwatch was assembled and consists of the best fighters from around the world. While story plays an important role in the game, Blizzard doesn’t want to encumber the core gameplay with nagging story elements. Instead, aside from in-game cutscenes, the team is experimenting with ways to explore and expand the story outside of the game itself. What that means specifically has not been spelled out.

In terms of art direction, while Overwatch will certainly have its share of grim environments, the style will largely be represented by bright, colorful levels that hopefully inspire an emotional connection between the player and the world. Blizzard wants players to feel like the world is worth saving and to do that, it has to be a place that you actually enjoy spending time in.

Overwatch reminds me a lot of Team Fortress 2, it’s a team-based multiplayer shooter that doesn’t lean on twitch-based shooting mechanics to win. The game is very inclusionary in that it offers various heroes (i.e. classes) that, other than being efficient killers, can assist the team complete its objectives by building things like turrets or healing. Each match will consist of two teams of six, Blizzard purposely kept the team sizes small so that each player would have the opportunity to play a significant role in the fight.

Hero roles are broken down into four main categories: offense, defense, tanks, and support. Offensive characters are highly mobile but can’t withstand a lot of damage. The character Blizzard introduced us to in this category has the ability to teleport about the map. Offensive characters will scout, harass the opposing team by “bleeding” their health, press the objective, and deal heavy damage. Defensive characters will guard locations, create choke points, and establish a front. Tanks live up to their namesake and are hard to kill, protecting teammates and leading the charge. The support heroes will heal, buff, and provide utility.

I watched a team of Blizzard developers play a match and what I took away from it is tight team collaboration is the key to winning in Overwatch. There’s a large stable of heroes to choose from (at least twelve) that each have a unique play style, each member of the team will play a key role in helping achieve the objectives. It’s not like a lot of shooters where each player, while on the same team, are essentially lone gunman aiming to rack up the most amount of kills on their team. Here you’ll need to work together or die.