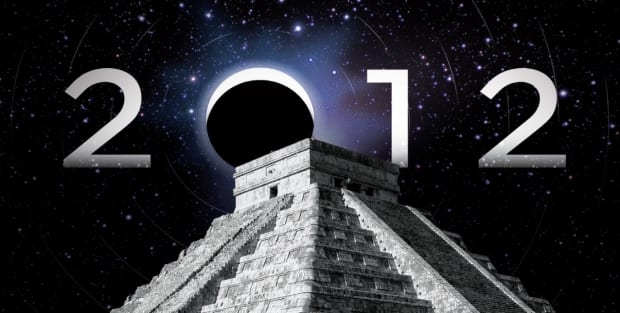 2012 ended with me hanging out in a cabin on a frozen lake for a half-week, and as such I didn’t notice the end of the year. In fact, I think I may have even missed the apocalypse, but I’m not sure since my cell phones’ dates are based on the Mayan calendar.

Apparently, we’re now rudderless in time, adrift in the vortex of what I like to call “government employee workday”. Wait, you wanted to know what I liked last year? I suppose I could clue you all in what made me enjoy what I do here (though reviewing favorite titles is always hard, as you have to burn through them too fast to really enjoy them). It’s kind of like enjoying a parade at 65 mph. Furthermore, I ended up playing a lot of 2010 and 2011 titles in an effort to clear room in my burgeoning backlog of Steam games, so my 2012 games played is a little shorter than some of my team members.

Diablo III is a controversial game – it’s steepest competition in the genre is the nostalgia from the prior games. While there is a change in flow, and certainly the always-online component wasn’t a big hit with folks, the game is dressed to the nines and provides a satisfying dungeon-hacking experience with compelling character upgrades. Personally, I’ve completed the normal campaign at least once with each class, shared some really fun times with friends, and managed to get at least one character up near the level 60 mark. Did it blow me away? No – but it is a great game that is both accessible and appeals to my loot-seeking side. I’ve heard good things about the latest patch changes from a few months ago, and I can feel the tug of the dark lord to revisit it in the not-too-distant future.

The end of Darksiders gave me goosebumps and had me anticipating the sequel. While I wasn’t initially thrilled about the idea of playing a different horseman in the same time period as the first game, THQ and Vigil Games created a faster moving game with a better sense of pacing. The only lacking I found was that while some of the first games’ bosses were frustrating, they were truly unique. Darksiders II lost a bit of that, but delivered in spades the upgrade system for weapons, and once again found the shortest path to my heart was a robust loot system and frantic and satisfying combat. Having completed Darksiders II (and seeing what Fury and Strife look like in the end sequence), I’m hoping THQ filing for Chapter 11 doesn’t tank the franchise.

It doesn’t take much to impress me when it comes to Transformers, and perhaps that’s because the bar was set low by the “Bayformers” movies. See, in my mind, the Transformers license shouldn’t be focused on anything but the Transformers themselves. In a bid to fit into the timeline established by the G1 (Generation One) cartoons from the mid-to-late Eighties, Fall of Cybertron picks up from where War for Cybertron left off – it follows both Autobots and Decepticons in the last hours of the apocalyptic war on their home planet – and while the game didn’t garner a lot of love in the GOTY lists, I found the storyline, combat variety and pacing to be a fantastic immersion into their world. The multiplayer versus variants (team deathmatch, king of the hill, yadda yadda) were all fun enough to play, but with Dinobot and Insecticon models costing money, I felt they hamstrung their non-DLC-buying clients.

I’ve not yet finished this game, though I have full intention of doing so. The controls are tight, the mood is set, and I can’t help but love the art direction. It’s everything Shank 2 could have been if it wasn’t too busy trying to be Shank 2 – which is funny, because  Klei developed both. Mark of the Ninja is out there on Steam and XBL. With a focus on story telling and non-lethal progression, you owe it to yourself to at least pull down the demo. I’m hooked – if I could only find more time.

Undeniably, Borderlands 2 DLC model is the best implementation to date. Well supported, timely, and generally quality over quantity (ignoring the glut of guns that are good only for selling), Borderlands 2 has so many memorable moments that I have to put it at the top of my list. Frankly, I’ve not completed it yet (either) though I’ve clocked over 150 hours in it (DLC included) and have been sitting near the end for quite some time – I just can’t help chasing down side quests. The game isn’t perfect, neither is its DLC – but it’s really, really good, and a blast to play with others.

A big hurrah goes to Legend of Grimrock for reminding us why we loved Eye of the Beholder, to Rock Band Blitz for increasing the value of all of my Rock Band songs, and Double Fine’s Kinect Party for offering a silly-yet-enjoyable use of the Kinect system – MS should be bundling it with every Kinect sold.

Capcom’s Steel Battalion Heavy Armor was a trainwreck inside a tornado. With so much potential we got a sense of what it could be if they’d either waited for the next-gen Kinect, or had someone at the helm who knew the difference between gimmick and fun. No one wants to store a 40 button controller, and the Kinect could have bridged that – if only there was a better blend of buttons in the motion control mix.

Born and raised in Winnipeg, Canada, at a young age I was forced to decide whether the harsh northern winters were going to claim my fingers, or to turn to the safer pursuits of indoor activities. Little did I know that a little game called Ninja Gaiden would bring my digits more pain than frostbite ever could. Starting with Vectrex and C64 games and moving forward through the era of electronic entertainment, I sampled as much as I could in the different platforms, and began my interest in PC gaming from wrestling with DOS memory management. While console games were a part of my earliest gaming memories and I certainly had played on most platforms including 3D0, all things Nintendo, PS1 and the like, truly the PC was my domain until the Xbox. As an old PC gamer, I ever chased the cutting edge technology. Eye of the beholder with CGA 4 colors was my first step down the the path of blowing thousands of dollars on PC upgrades over two decades. Ultima 7, with the Guardian talking to me through my monitor, still haunts my dreams and keeps me ever hoping for a decent Ultima 8 and 9. From the 3DFX SLI VooDoo2s and Aureal to today's GPU driven DirectX games, the new and shiny pictures seem to keep me going. My PC gaming has slowed down with the market shift though, and although I have choice games that will ever be on PC, I have found myself in console gaming with a bit of portable gaming in my life. Back around the turn of the millenium (and long before fatherhood), I had fired off an email offering to help Ron with a little-known site called ConsoleGold. Little did I know it would be be a part of my life to this day. While I've seen my fair share of shovelware (thanks Ron!), I manage to try and find the fun in most games. Leaning towards sandbox and action titles, I've grown to love games for their potential to reach art. Console agnostic and excited for the progress of tomorrow, I fancy the latest and greatest, but still enjoy the good old classics ... as long as they've been revamped from their 8bit graphic roots.
Related Articles: Borderlands 2, Darksiders II, Diablo III, Kinect Party, Legend of Grimrock, Mark of the Ninja, Rock Band Blitz, Steel Battalion Heavy Armor, Transformers: Fall of Cybertron
Share
Tweet
Share
Submit