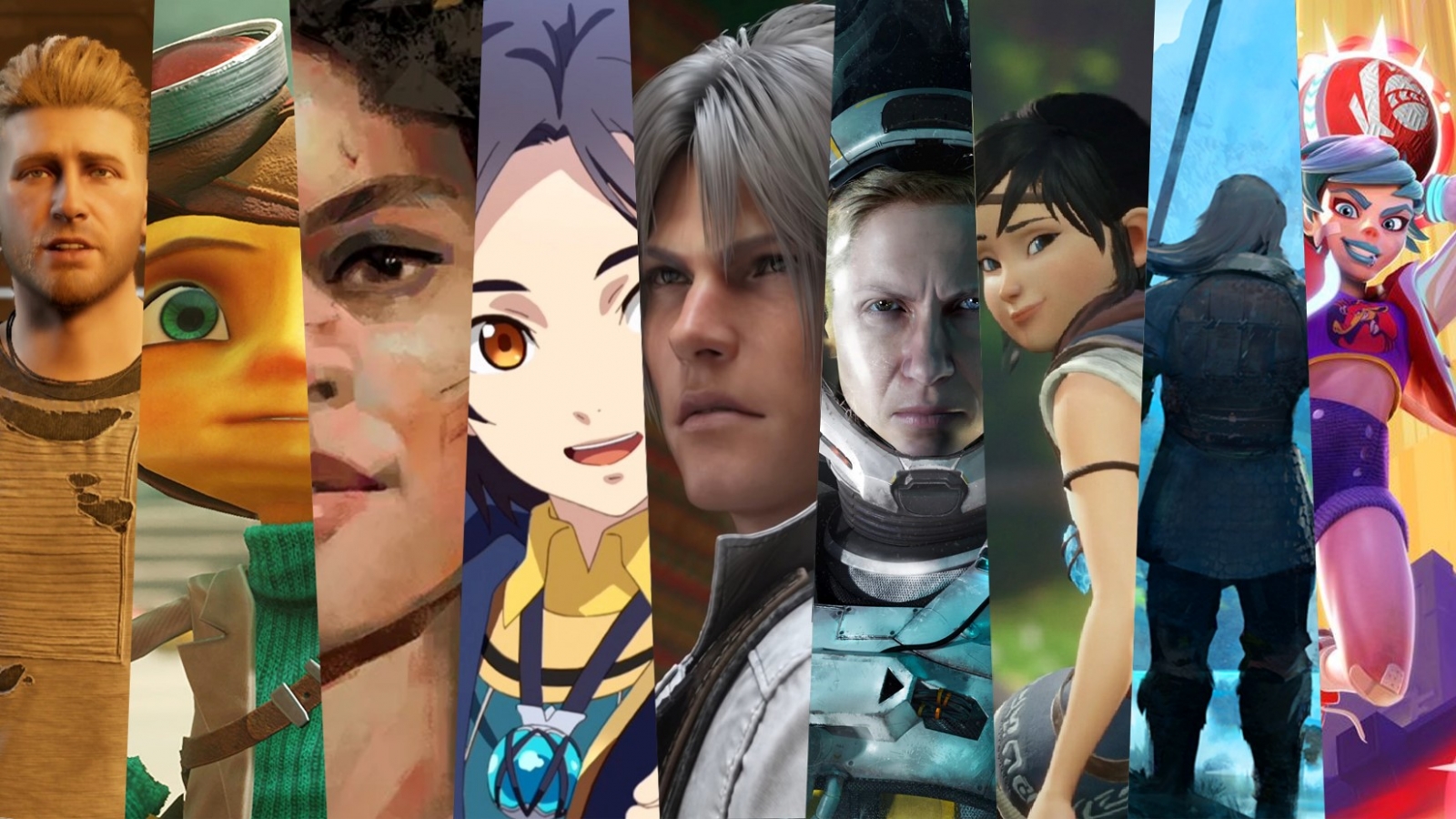 Can you believe we’ve made it to 2022? It’s the first day, and we’ve got an amazing amount of video games coming our way. Before that however, let’s take a moment to recognize some truly stellar releases from 2021. Sure, I would love to be talking about several games that got delayed out of the 2021 window, but there were some incredible titles that dropped during the inaugural year of the ninth generation of consoles.

Game Of The Year

Game of the Year is a coveted title from any publication, and even though this was a rough 2021, we’ve gotten a ton of great games. While all these nominees have accolades worthy of the award, Returnal stuck with me like no other game has this year. In Returnal, I’ve experienced what next-gen (current gen now) has to offer. The game and setting of Atropos is absolutely gorgeous, the action is fast, frantic, and filled with bullet-hell style unlike anything you’ll play right now. Besides that, the use of the Dualsense and 3D audio is astounding, and that’s apparent right in the introduction as the rain descends on the planet and you feel it through the controller and surrounding you through your headset. It’s unique, and not many games can say that in 2021. Housemarque has given us a masterpiece.

While all of these games and more have great stories and characters, there’s one thing unique to Psychonauts 2 that sets it apart: kindness. Psychonauts 2 takes every step to ensure that Raz’s actions are rooted in empathy and helping people help themselves rather than just fixing their problems outright. This extends to the player as well with mental health warnings, accessibility options, and a quick summary of the first game that allow anyone to jump right in. We don’t see this type of narrative in games, let alone fleshed out to this extent, but we hope this award helps to keep exploring these themes in some small way.

Yeah, a lot of games have tried hard this year, and with some big results when it comes to multiplayer. While this was a tough decision, our award for the best multiplayer had to go to Halo Infinite? Why, you ask? Well, Halo Infinite decided to not sweat the small stuff and went back to just being Halo. This is the most fun we’ve had playing as a Spartan in years, with great additions like the grapple shot, repulsors, dynamo grenades, and the Heat Wave shotgun among a killer arsenal. Did we mention this is all free to play as well? Just go and download it.

Our preview | Buy it now!

There are a lot of pretty games out there, but these five nominees just look incredible. While all of them are great in their own right, Kena: Bridge of Spirits is an amazing example of a small indie team punching well above their weight. The choices made in design are just extraordinary, with the visuals for this game seemingly pulled out of the past and given a Pixar makeover. What might be even more astonishing is this is the first game by Ember Lab, and Kena looks better than even some AAA games. I can’t wait to see what they make next.

Let me be frank with you, video game soundtracks are the bomb in general. But some just stand out above the others. While some may point to our inclusion of Marvel’s Guardians of the Galaxy as a cop out given it’s licensed tracks, those are only a fraction of why the soundtrack is so good. The placement and use of those tracks are amazing, yes, but it’s how Eidos Montreal looked at what they had and said, “Let’s make our own 80’s hair metal band”. Not only is it fitting to give Star-Lord an unique inspiration for his name in a music group, but the album is of the full length variety and absolutely slaps. Drop it today without any connection to the game or comic book characters? It’d still stand on its own.

We all love a great performance, and we’ve been treated to a ton of good ones this year. There are too many honorable mentions I could bring up, so let’s stick with the nominees we’ve got. Out of all the amazing voice acting we’ve experienced, the banter between Colt and Julianna from Deathloop was one of the best we’ve heard. While Colt certainly deserves a spot, we’re going to have to give it to Ozioma’s Julianna Blake, who in my opinion stole the show with her snarky riposte. It’s in your ear constantly as Colt, and she doesn’t ever stop twisting that knife.

It wouldn’t tell you the whole story to say that Valheim is a survival sandbox game. Valheim is what happens when you create a compelling world, insanely simple building tools that can be used to create incredible With over 300 hours between Laura and I, and well over 1000 when you add Holly and David into the mix, we’ve sunk a ton of time into this Early Access game. Don’t let the blocky graphics fool you — this game from Iron Gate will pull you in and you’ll love every second of it.

Our impressions | Buy it now!

With a graphic overhaul, integration of 40 DLC, and an overall tightening all around, Mass Effect Legendary Edition is a remaster done right. The first title gets the most work, bringing it up to the same quality as the sequels, but the level of polish across the board is phenominal. EA really outdid themselves here. Whether it’s your first time experiencing the world of Mass Effect, or you are a long time veteran of the series, it simply doesn’t get better than this.

Sniper Elite VR is an absolutely fantastic transformation of the flat-screen game, trimming the fat to just the parts that’ll be fun in virtual reality. Translating the sniper rifle into a VR medium makes the game immersive in a way we’ve not seen capitalized in many games to date. This one should be in your library, if you can handle the gore, and the occasional braindead AI.

Final Fantasy XIV: Endwalker has exploded in popularity, but that somehow led to the smoothest expansion launch for the game yet. Yes, there were queues in the thousands and many people couldn’t get in for several days, but everything was relatively stable with no Raubahn Savage equivalent. On top of that, everyone subscribed was gifted over a week of free playtime to make up for the issues. Add on the excellent story, (mostly) kind community, regular, continued support and you’ve got the best live service game out there.

This was a toughie, because we had some really good contenders in making their game more accessible for everyone. While plenty deserve it, Marvel’s Guardians of the Galaxy got my vote due to the insane detail to the difficulty settings. One area that’s missed in accessibility is making the game simpler to play, and an easy way to do that is being able to adjust difficulty. Guardians has an entire menu dedicated to this, from damage output to damage taken to auto-completion of quick time events. Thank you Eidos Montreal for building a system that allows more people to enjoy your tremendous game.

Another toughie, Psychonauts 2 wins a tight race in this category. Yes, it may not necessarily be the most refined when it comes to the combat, but the setting, story, environments, and action combine into one of the best titles of the year. I think what surprised most of us was how Double Fine pulled off a sequel over a decade in the making, and not only that, made a phenomenal game befitting the cult status the original Psychonauts achieved. It’s very rare to see a second game manage to one up its predecessor, let alone blow it away after years in development hell.

Tales of Arise was a big change for the series, and it managed to keep the charm while diving headfirst into that bold new direction. It certainly had a few issues, but for offering something new and exciting we award this grand adventure with Best RPG of 2021.

Was there any competition? Forza Horizon 5 had plenty of nominations from us, and it’s far ahead of the competition in this category. This is one of the most inclusive and deep racing games anyone has ever made, and of course it would come from Playground Games, who just keeps one-upping themselves with every iteration. Somehow they’ve turned racing into an RPG, and this “Car-PG” is one of the best games to release in 2021. Now leave me be, a friend has made a ramp jump and I have to go beat that score.

Knockout City deserves a callout as one of the biggest surprises of the year. It more or less stealth dropped without any fanfare and became beloved in the multiplayer community. There’s not a lot like it, it’s multiplayer dodgeball, and with each new season it keeps growing. Here’s to Knockout City sticking around for a long, long time.

Age of Empires helped define an entire genre, and under the steady hand of RTS masters Relic Entertainment, it reclaims that crown. The Hands on History videos are an amazing addition to the formula, bringing history to life. If you are a fan of real time strategy games, you’ll love the return of one of the ones that started it all.

Surprise, our game of the year is also our Best PlayStation game. I won’t go on and on about it, I’ve done that already, but Returnal is an absolute must own on your PlayStation 5. You aren’t going to play anything like it, and Housemarque knocked this mysterious, roguelike mixed with bullet-hell action game out of the park.

This was a hard decision to make, because Xbox has dropped some bangers for us this year. But Psychonauts 2 still leaves an impression even now. The narrative Double Fine discovered in this second, long awaited iteration can bring tears to your eyes, make you laugh until your belly hurts, and of course, give you that warm feeling inside. In a world where sequels bomb all the time, Psychonauts 2 ascends to heights we never though Raz could reach. And not just because he’s tiny.

Metroid Dread is yet another fantastic return to form for Samus. ZDR is an absolute blast to explore with secrets everywhere and satisfying bosses to fight. Genre bending into some light sci-fi horror, this is Metroid in a way we’ve not experienced before. This is a must-have.