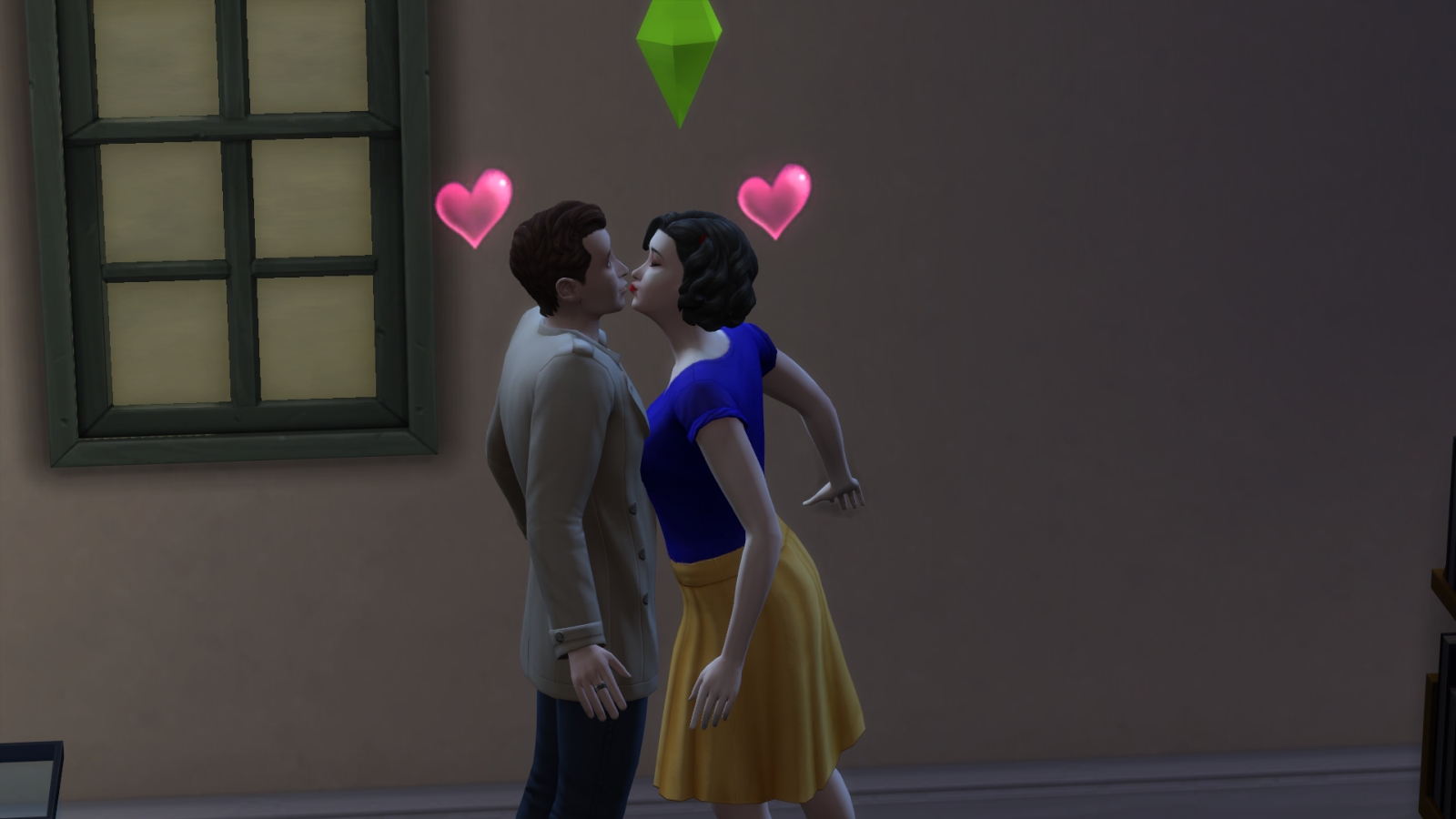 I’ve been playing The Sims since day one, it’s been a lifelong affair. If you’ve read any of my The Sims 4 reviews you’ll know I have never played with CC (custom content) or mods, and I only recently started doing some of my own builds. For whatever reason, I have always enjoyed playing the game with the homes that come shipped with the game/expansion, or I download someone else’s stuff from the Gallery to play with. But when I saw that the Disney princess challenge was an actual thing people were doing in The Sims 4, I HAD to know more.

Some backstory on me: I grew up in Florida going to Disney several times a year. I lived 7 years of my adult life ten minutes away from Disney World, and was there every chance I could get. We take our son at least once a year to Disney, and we are currently about to take our second trip over there this year in September. Saying I grew up Disney, and have Disney in my veins is an understatement. I am currently in the process of getting Belle added to my Disney-themed tattoo sleeve on my leg. So yeah, mixing The Sims AND Disney together?!! COUNT ME IN! I began preparing for the most intense thing I’ve done in The Sims yet! 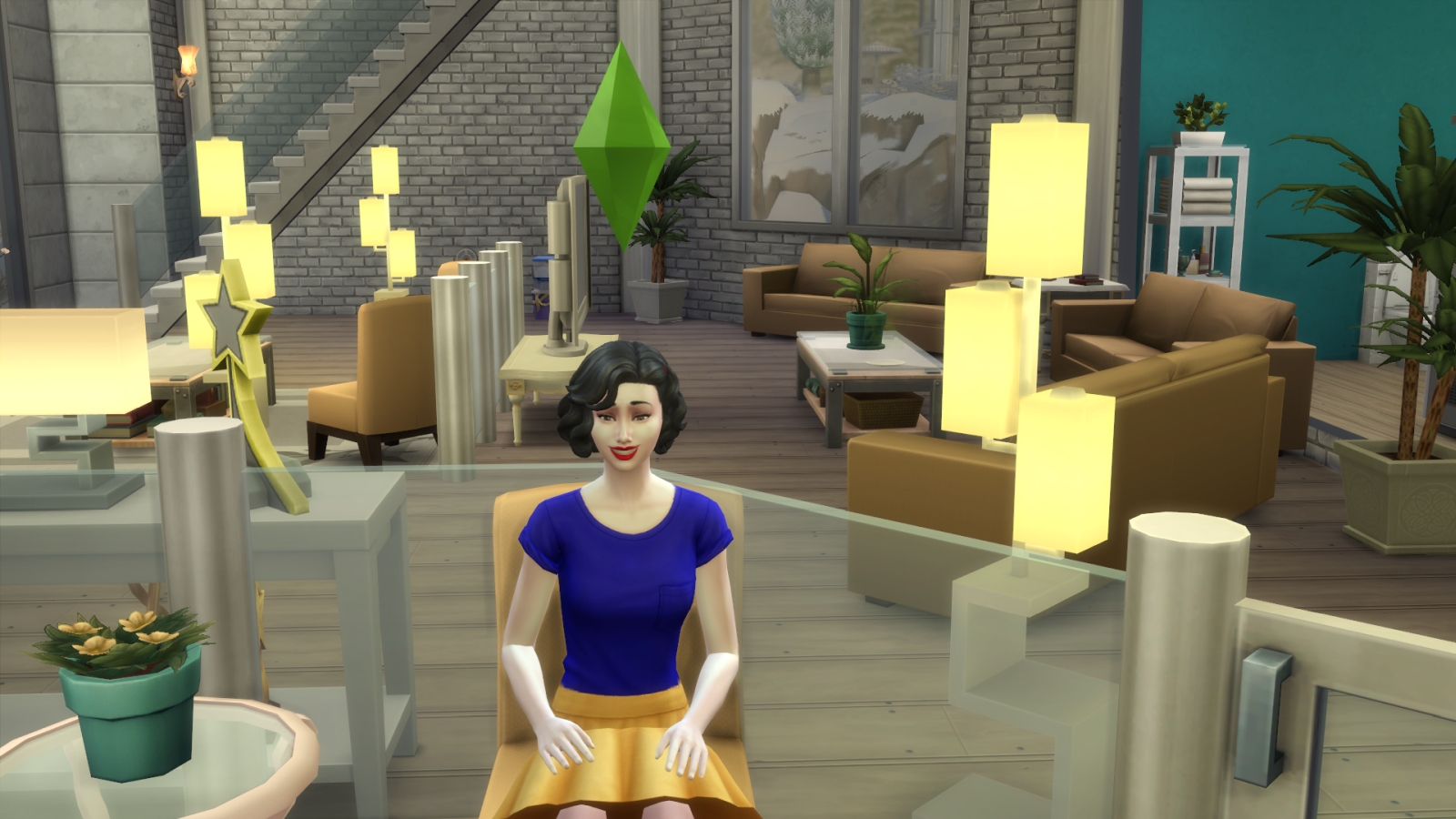 My attempt at creating a modern Snow White with no CC! I think she came out really pretty!

The challenge starts with Snow White, and must span 10 generations. Each princess has their own requirements they need to meet. Snow White must not answer the door to strangers, must not talk to elders in the game, and must have 7 children. Each of those children must have 1 negative trait, such as grumpy, gloomy etc. From that first Sim, all of the other princesses must follow. It is really creative and something I have never done before, in any The Sims game.

I did my best creating Snow White with just the basic clothing and hair options the game has to offer without using custom content. I also chose to start her as a teen and I created the Evil Queen, with the Mean, Evil, and Self-absorbed traits. In all my years of playing The Sims I have never played a fully evil Sim before, so trying my best to be as nasty as I could possibly be was kind of fun and liberating. I made Snow White the total opposite of Evil Queen, she is good in every way possible. I also downloaded a really beautiful “Disney Princess Castle” and created her Prince which she would eventually marry to kick this challenge off. 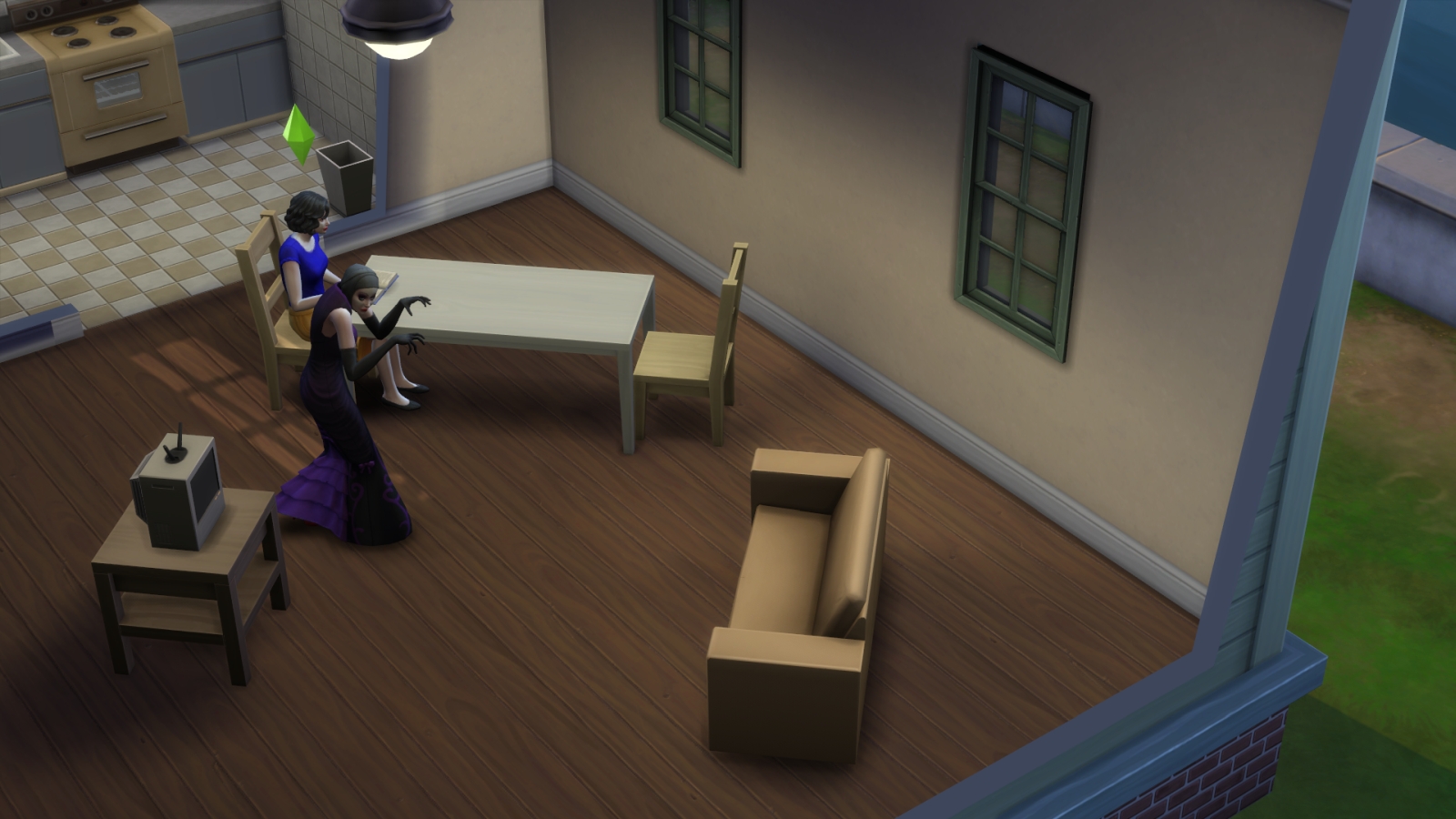 Snow White and the Evil Queen. Snow suffered some serious trauma at the hands of Evil Queen before leaving it all behind her to marry her Prince.

After a few traumatic teenage years with Evil Queen, I aged my Snow White up. Much like the movie, I introduced Snow White to her Prince and within 5 minutes they were in love, and before 10 minutes they were married. After swapping households, Snow White and her Prince were living their own “happily ever after”, and before they knew it they were expecting their first child. Since both had the big family aspiration, they were on their way to becoming the foundation to my very own princess challenge legacy! 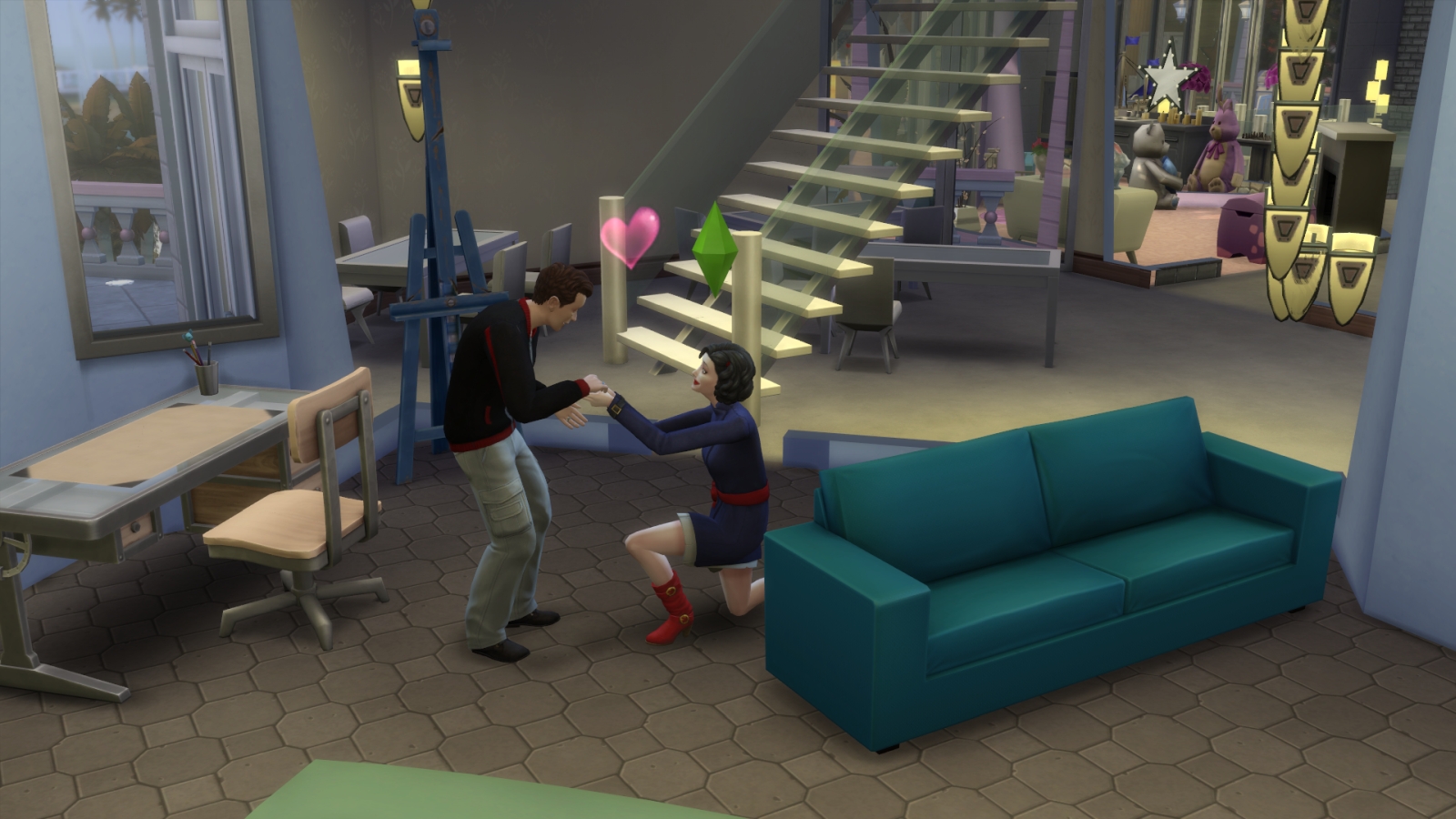 Snow White and her Prince, getting engaged two minutes after meeting! Awww!

Since Cinderella is the next princess in the challenge, it was convenient that my sims had a baby girl for the first child. Cinderella must cook every meal for the family and do all the cleaning herself. She needs the “neat” and “foodie” traits. I’ll have to do some rearranging for her, but for now she is enjoying being pampered and loved on by her two doting parents. 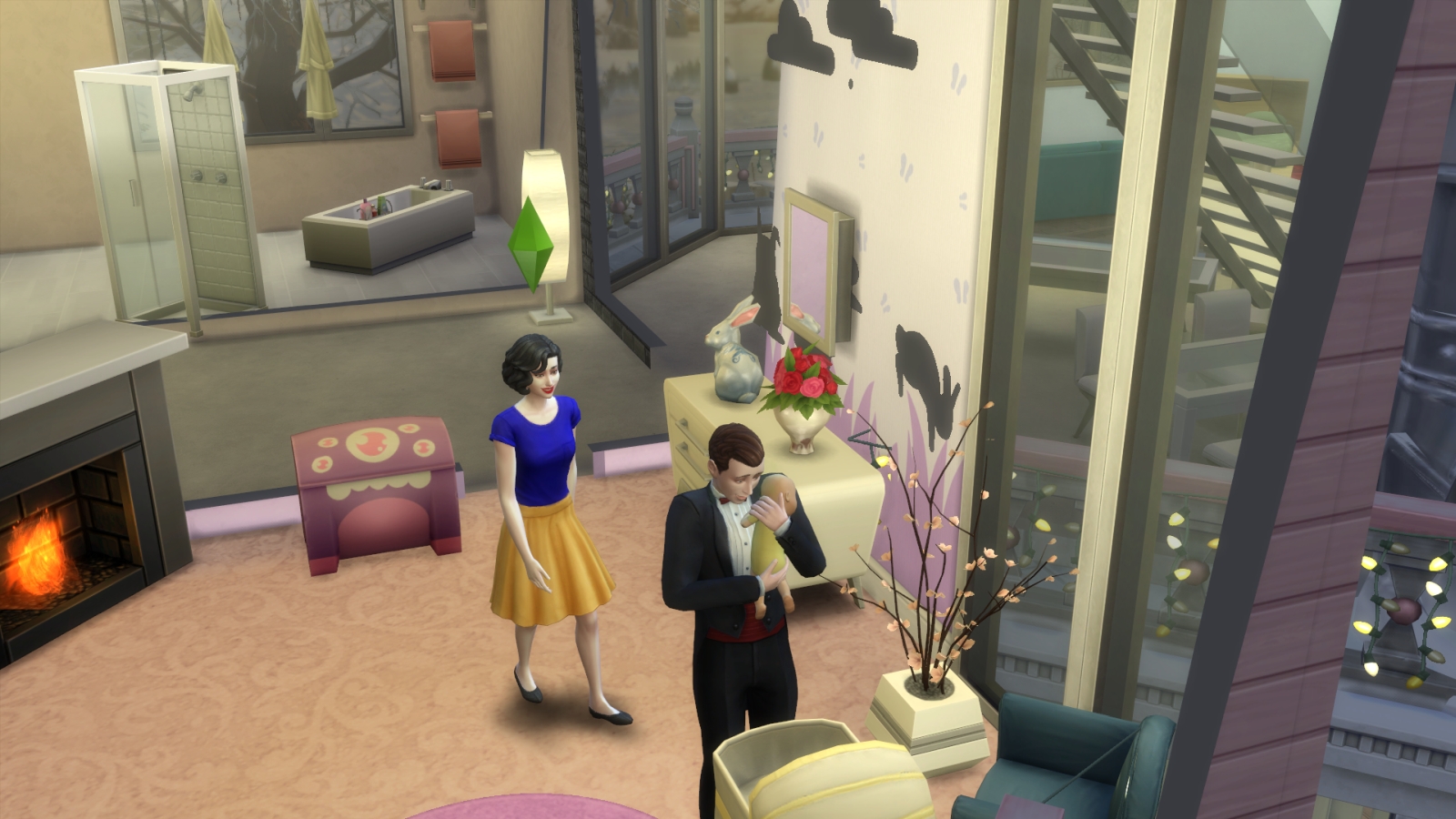 The loving couple living their happily ever after, doting on Cinderella. Prince is a great father.

This has been SO MUCH FUN, and so different from anything I have ever done in The Sims. I’ve always been interested in the 100 Baby challenge, but this is something that combines the best of both worlds for me. Disney and The Sims hits me right in the feels. I hope that I can complete all the steps of the challenge, but even if I somehow fail this has been and will be the most fun I have had in The Sims in my entire career.

I’ll update my adventures for the challenge as I move to each new princess, so be sure to stay tuned. Let me know what else you’d like to see me do in The Sims, and I’d love to hear from you guys what some of your favorite challenges have been!

Holly Hudspeth is a best-selling author living in Fort Worth, Texas. She has six published novels to date; The Skyy Huntington Series, which is an epic dark fantasy adventure, and One Small Detail, a stand-alone medieval fantasy. Holly also enjoys writing fan fiction based on her avatars from games such as EverQuest, Elder Scrolls Online, and World of Warcraft. Her first major purchase at the established age of nine was the NES, and she has been gaming ever since. She enjoys fantasy games, city builders, RPGs, MMOs, SMITE, and The Sims franchise. Most nights she is in SMITE with her husband and friends, or playing ESO. When she isn't gaming, she is probably either at Disney or planning her next trip there.
Related Articles: Let's Play, The Sims 4
Share
Tweet
Share
Submit