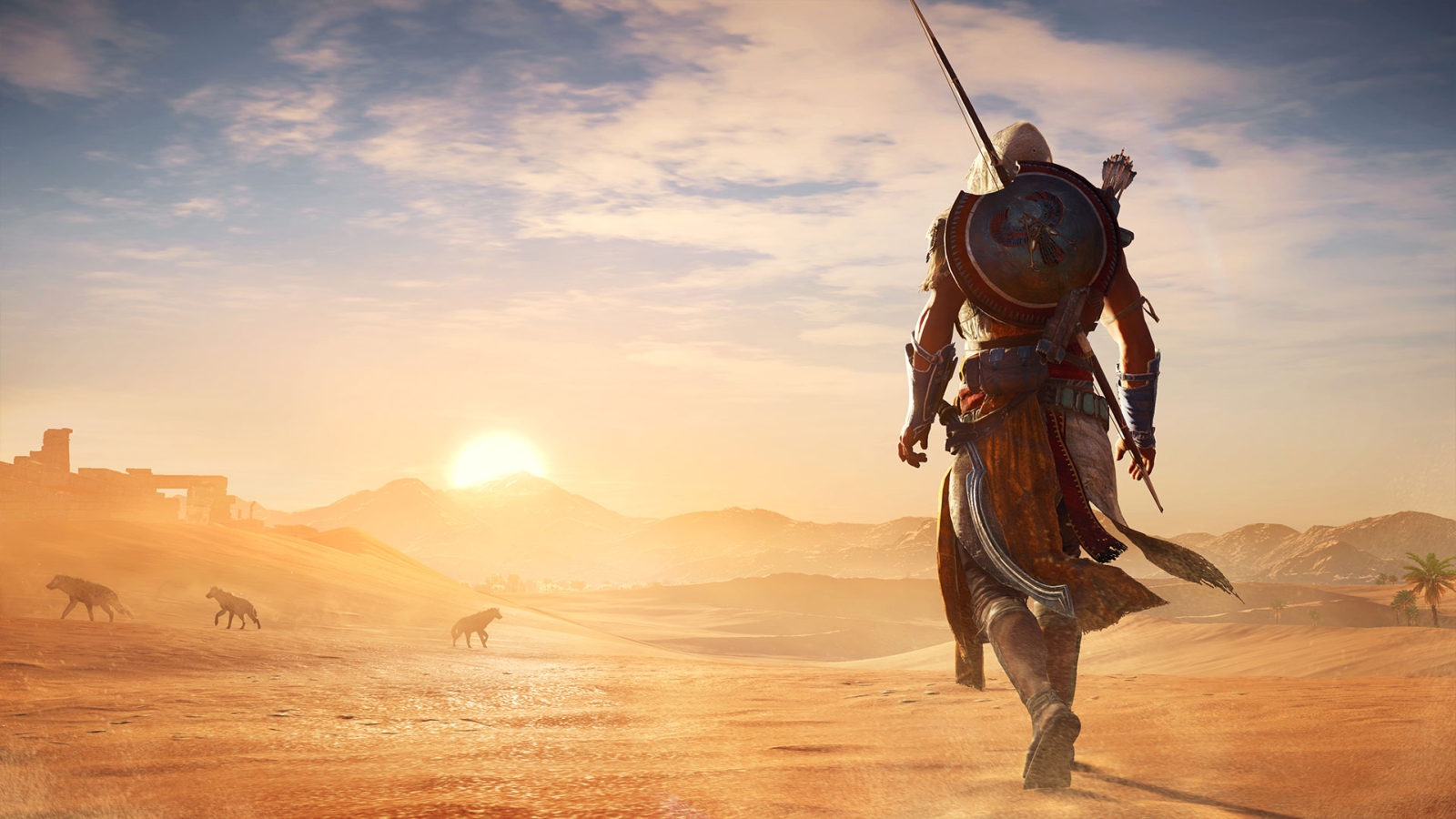 Assassin’s Creed Origins is already a good looking game, but the Xbox One X version has a few drachmas up its sleeve to differentiate itself for the new platform. Launched with the Xbox One X platform on November 7th, Assassin’s Creed Origins has received its first in a long list of free upgrades, including Trials of the Gods – a new mode allowing players to hunt down and fight massive Egyptian Gods for legendary loot, the first of which is Anubis. They’ve also gone above and beyond that, having done quite a bit of work on the Xbox One X version of the game. We’ve already reviewed the game, so we’ll focus on the technical upgrades in this article.

As always, the most noticeable upgrade is the move to 4K resolution, but that doesn’t really cover it. On PlayStation 4 Pro, the game also runs at 4K and 30fps, but that framerate is anything but what you’d call stable, dipping into the mid to low 20s during some graphically-intense moments. Similarly, the game’s dynamic scaling engine can cause the resolution to fluctuate, with some tests see that wobble down to around 1440p on that platform. Conversely, while the Xbox One X (and Xbox One version for that matter) also uses dynamic resolution scaling, I was hard pressed to detect it.

Anubis prepares you for the afterlife.

Both consoles accomplish the feat of delivering 4K using a technique called “temporal checkerboard rendering”, whereby the textures are rendered to the desired resolution in a completely seamless way that achieves the same result. Without teaching a class on rendering, essentially the first and third frame are rendered at full resolution, whereas the second one is coming in at half the pixel count, saving a lot of GPU power. The three are compared using specialized hardware called the “ID buffer” to track the differences between them, merging them to create a new frame that is output at an extremely sharp 4K. That frame is then further manipulated to ensure it is the most clear representation of the full-fat frame, and this somewhat-interpolated frame is treated as the next “first frame” for the next step on the checkerboard. It’s a fascinating way to save cycles and have the outcome be visually indistinguishable from a fully-rendered frame, and as a player, you are unlikely to notice any difference other than a crisp and clean beautiful image at the other end of the process.

There is one thing that all three platforms have in common — this push to 4K has forced the teams to put a great amount of work into the details of the game. Bayek’s hood looks amazing up close, and there’s always little details in the weapons that pop out visually. It explains the behemoth 45GB install as all those gorgeous textures take up a whole lot of space.

No “bullshot” here – the game does look this gorgeous.

One of the few early titles to support it, Assassin’s Creed Origins also features Dolby Atmos. In a game where verticality matters, it’s great to be able to hear an archer thrumming arrows from above your position. Nowhere is it more apparent, however, than when you are flying as Senu, protagonist Bayek’s ever-present eagle companion. With the perspective (and height) change, you’ll hear the crowd differently, as well as the occasional flock of birds, or muttering of an inept and bored guard below.

With the addition of HDR support, the team has deepened the blues and emerald greens present in the large bodies of water throughout the game. Similarly, gold looks more natural, as does the lights and shadows presented in caves otherwise plunged in darkness lest you use a torch.

Saving the best for last, the extra power of the Xbox One X has delivered something that you absolutely will notice — twice the draw distance. Objects like grass, flowers, dust, birds, and more that can be hidden by obscuring the horizon are instead visible. It brings the world to life as it feels like it continues to exist outside of your immediate viewable area. Being able to see from the top of The Pharaoh’s Lighthouse in Alexandria clear across the bay to the opposite shore is a sight to see. It also means that there is far less mip-mapping (where things flip from low polygon counts to the full model – something we saw a lot of in Assassin’s Creed Syndicate) going on, leaving a clear and unblemished image behind.

Graphics aside, there is a small improvement in the transition between Bayek and Senu when you use Senu’s eagle vision. This is already almost instantaneous, fading to black and then back to Bayek, but with this most recent update, it’s like snapping your fingers. It’s nice to see hardware affect gameplay in a positive way.

The Gods are not to be trifled with, man-thing.

Across the board, there are enough improvements in the Xbox One X version to declare it the ultimate console edition of the game, but many of these improvements are seen to some degree on the PS4 as well. That said, the draw distance and rock-solid framerate of the Xbox One X make it the clear winner. Either way, there’s no doubt that Ubisoft’s version of Egypt is a beautiful place to be.