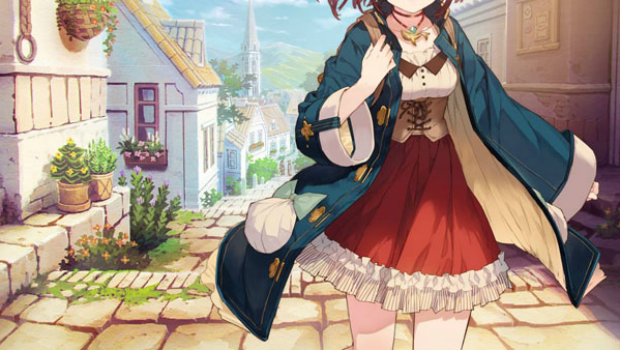 Cauldrons bubbling, fights, adventure, and more are in store for all of us with Atelier Sophie: The Alchemist of the Mysterious Book to be released on June 7th for the PlayStation 4 and Vita systems.  While the wait winds down, let’s take a look an early peek at the game together live.  I’ll be live streaming Atelier Sophie: The Alchemist of the Mysterious Book today at 3:00 PM PST, and hope you’ll come and join me as we create, explore, and battle through a litany of alchemist’s tasks.

Set against a vibrant background reminiscent of a medieval European town, Atelier Sophie: The Alchemist of the Mysterious Book follows the exploits of a young novice Alchemist, Sophie, who discovers she is the owner of an enigmatic volume imbued with a soul. This Mysterious Book seems to hold all the secrets to the art of Alchemy, even going on to become Sophie’s mentor. As Sophie improves her Alchemy skills throughout the story she unravels the book’s forgotten memories, and eventually sets out to uncover the strange tale of her teacher’s origin. Atelier Sophie is the debut of the long-running Atelier series on PlayStation 4.

Update (4:44 PM PST): Having some technical issues, and need to move my bones before they fuse together, so I am going to take a look at my connection, stretch some, and we’ll come back live later tonight at 9:00 PM PST. I cannot show the first video at this time, but the real action will be in part 2.  Hope to see you then!

Update (5/29 1:11 PM PST): Due to unforeseen issues, I’ve had to push back the stream.  However, I am going to continue making medicines and teas, streaming live at 2:00 PM PST.

Update (5/29 5:07 PM PST): The feed gave out on me, but we got some real progress in the game and I’m going to call it quits.  For all those who viewed, thank you, and stay tuned to Gaming Trend for future live streams.