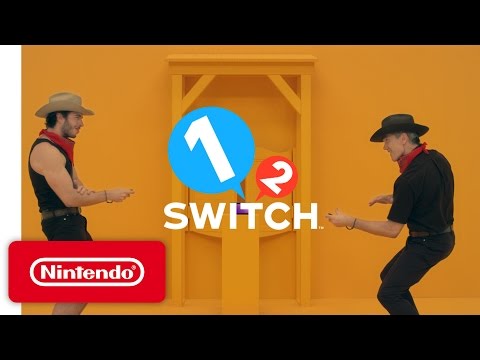 Nintendo is launching its transforming portable home console — the Nintendo Switch — in less than three weeks, and we now have a pretty good idea of what its software library will look like for its first year. The Legend of Zelda: Breath of the Wild is headlining the Switch’s launch lineup, Splatoon 2 is expected to be released this summer, and Super Mario Odyssey will be jumping on board this holiday season.

But one of the most exciting aspects of the Switch is its propensity for local multiplayer. The ability to be taken anywhere and instantly set up two people with everything they need for an evening of cooperative or competitive gaming is one of the most compelling and innovative features of Nintendo’s next console.

This galvanizing concept has us most excited for the Switch’s launch. With this in mind, we’re keeping a close eye on every Switch game supporting local multiplayer. Here’s a list of every confirmed local-multiplayer Nintendo Switch game coming out in 2017.

1-2-Switch is Nintendo’s contribution to the Switch’s promise of harboring local multiplayer games for all kinds of gamers. The game redirects the player’s focus from the screen to their opponent’s face in playful games like Wizard Duel, Ping Pong, and Quick Draw. 1-2-Switch showcases many of the Joy-Con controllers’ unique features, especially Nintendo’s new HD Rumble, which gives players varying forms of haptic feedback based on gameplay interactions. 1-2-Switch will be available on March 3 for $49.99.

Another interesting feature of the Joy-Con is the built-in sensor for Amiibo and other toys-to-life figurines. For Skylanders Imaginators fans, this means that there’s no need for a Portal of Power extension, as the console comes with full support for all Skylanders figures on day one. Skylanders Imaginators for Switch will be available at the console’s launch, and the starter pack is available for pre-order at $59.99.

Super Bomberman R marks the return of a 33-year-old franchise. Konami’s Switch exclusive will come with a story campaign in addition to competitive multiplayer modes, supporting up to 8 players in a single game. Super Bomberman R brings back the the series’ original grid-based level design and is played from a top-down perspective. You will use bombs and various power-ups to clear the stage of bricks and obliterate your enemies. Super Bomberman R launches with the Switch and is available for pre-order at $49.99.

No questions — just dancing. Available on the Nintendo Switch at launch for $59.99.

Sega’s Puyo Puyo Tetris offers both the tense brick-stacking onslaught of the Tetris series and the addictive color-matching fun of Puyo Puyo, all in one game. Face off with up to 3 additional players in games of Tetris, Puyo Puyo, or even in a hybrid mode of the two classic games. Puyo Puyo Tetris is expected to be released this spring.

This re-release of the most recent Mario Kart includes all-new levels, characters, and an overhaul to Battle Mode (which was a huge miss on the Wii U version). Mario Kart 8 Deluxe comes to Nintendo Switch on April 28.

Nicalis’s extreme racer invokes thrills reminiscent of old-school racing games like Wipeout and F-Zero. A more intense and demanding racing game than Nintendo’s iconic kart racer, Redout will be a true test of skill amongst you and your friends come this spring.

Sporting a cartoonish art style much like Splatoon, Super Mario 3D World, and other recent Nintendo-developed games, Arms is a wacky 1v1 boxing game wherein your avatar uses its supernatural, extendable arms to square off in virtual boxing matches. The game can be played using traditional controls or by using each Joy-Con controller as a motion-controlled fist. Arms is expected to launch this spring.

In Snipperclips, two players must work together to solve puzzles by cutting out chunks of each other to alter your characters’ shapes so you can do stuff like scooping up basketballs, or push buttons, or climb on top of each other, or…you know, the game is quite difficult to explain, so you should just check out the gameplay demo above.

The next installment in 2K Games’s world-renowned basketball franchise is coming to Nintendo Switch! There’s little known about the Switch version of NBA 2K18, but it should be a safe bet that local multiplayer will be supported when it drops this September.

Other local multiplayer games expected to launch on Switch this year include FIFA 18, Ultra Street Fighter 2: The Final Challengers (a Switch exclusive version of the classic fighting game), Jackbox Party Pack 3, Sonic Mania, Minecraft: Switch Edition, and Dragon Ball Xenoverse 2. Be sure to check back here as we update our list with every release date reveal and game announcement!