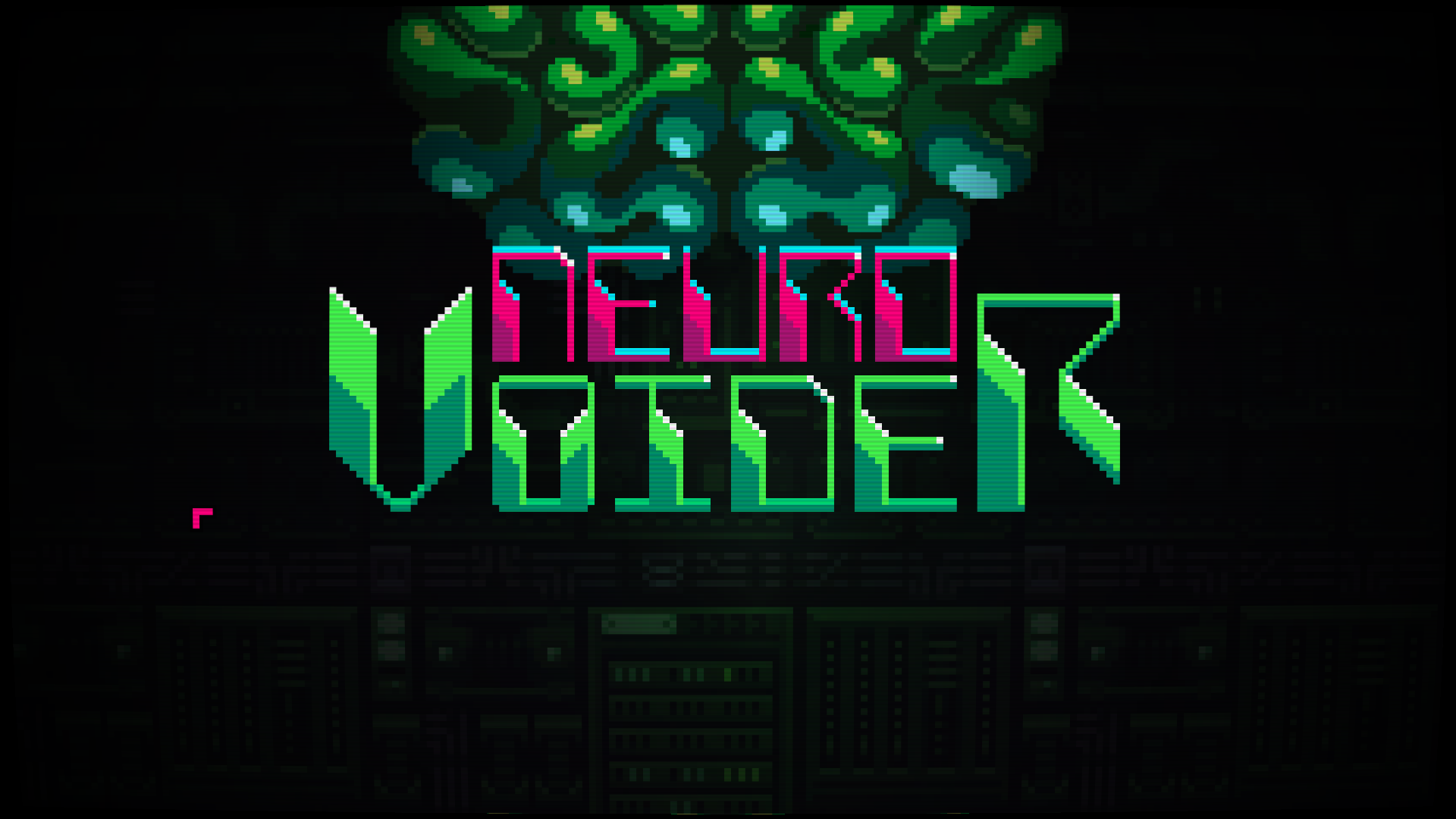 Finding the right balance between fun and difficulty in video games isn’t an easy task for developers, but developer Flying Oaks mixes the right formula. Neurovoider is a retro rogue-like top-down twin-stick shooter (RRLTDTSS for short?), which thrives on having a masochistic audience. This game is very difficult. Even on the lowest difficulty I had trouble staying alive for a run that lasted more than a couple levels. A few times I even died on the first hit from the first enemy I encountered.

There have been a lot of games of this ilk over the years, but what makes Neurovoider different are its customization options. You are in control of a robot, of which you can choose from between three different classes. Each class plays differently: from the agility of the Dash to the aggressive offense of the Rampage to the heavy artillery of the Fortress. You’ll more than likely try out each class to get a feel of the overall style you like and then stick with your favorite. You start with a primary weapon that coincides with your class: This weapon is either a cutter for the Dash class, a shotgun for the Rampage class, or rocket launcher used by the Fortress class. Along with the this, each class has a unique special ability: the Dash can use a dodge; the Rampage goes into a temporary rage mode; and the Fortress has a forcefield. Because the game allows you to change out components of the robot–which we’ll get into–the special ability is what distinguishes one class from another.

Each class has a secondary weapon that is, initially, an auto gun, but as you gain experience, new weapon types unlock that you can equip to offer some variety to your robot’s arsenal. The secondary weapons run the gamut from lasers to flamethrowers to nukes. They really help to flesh out the type of play style you want to use, and that is just the tip of the iceberg on the robot customization front. New components unlock to upgrade your health, mobility, energy, and the like. You can either stick with components that are geared towards your initial class selection, or you can mix and match from across all three classes to build your own custom play style.

There is also a secondary ability that can be equipped during class selection to further customize your robot. There are over 20 abilities to choose from health regeneration, an EMP shockwave, or a damage boost that also reduces your overall HP.

You pick up scraps throughout the levels, and those scraps can be used to either repair your robot or boost your equipped components. I didn’t find scraps very often, but really didn’t see much need for them either as I was constantly changing out my components as new ones unlocked.

The standard levels have several types, each with little quirks that can change up how you approach combat. Frostbite has floors of ice that cause your robot to slide around, Sub has escalators that move up and down, and Station has exploding capsules that temporarily shut down all robots (yourself included) within its blast radius. None of these elements were very impactful, but were enough to take into consideration during certain engagements. Levels vary by size, the frequency of elite enemies and the amount of loot. During map selection, you get a choice between three random variations of these three elements. There are also bonus levels which show up every so often, and offer extra rewards to help boost your experience gains. These levels have a unique characteristic like a countdown timer in which the map self-destructs at zero, or the entire map is pitch black and restricts your vision area to just a small radius around your robot. These bonus levels are a refreshing break from the mostly repetitive levels you see throughout the rest of the game.

About every five levels there is a boss. The bosses are much bigger than your character (or any other enemy you face for that matter), are often accompanied by additional enemies, and have several components to dismantle in order to defeat them. The bullets really fly during boss levels and you will be on edge the entire time. True to the rest of the game, bosses are very difficult; and when you die you start over from scratch.

The soundtrack is great. It’s a chiptune, bass-laced thump fest that does a great job getting your blood pumping. It fits perfectly with the intense and chaotic nature of the gameplay, and if you’re able to stay alive long enough, you can find yourself subconsciously moving your robot around to the rhythm of the music.

The lack of enemy variety holds it back from being great and uiltimately makes the combat repetitive, but for those who revel in mechanically simple games that are difficult to master, Neurovoider is worth checking out.

Neurovoider is retro in the best and worst ways. It's brutally hard, simple to learn yet difficult to master, and is agonizingly repetitive. It's fun for those looking for a challenge, but it isn't for everyone.

On December 5, 1986, Josh was born into this world pink-faced and squalling. His only thoughts were, "WHAT IS GOING ON? WHO ARE ALL OF THESE PEOPLE? AND WHY THE HELL AM I NAKED?" 19 years later he bought an Xbox 360 and now plays and writes about video games. Life is funny that way.
Related Articles: Neurovoider
Share
Tweet
Share
Submit