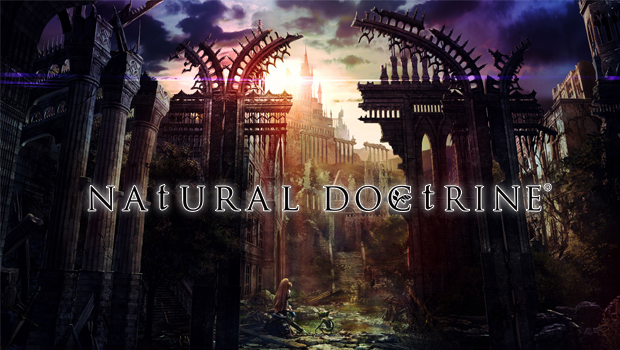 My ears still perk up every time a new tactical RPG comes to town. Like so many other gamers, I first got hooked on strategy-centric role-playing games when Final Fantasy Tactics was originally released on the PS1. Since then, I’ve been on an endless quest for the true, worthy successor of that classic game. Needless to say, I was particularly interested in playing Natural Doctrine, Kadokawa Game Studio’s solo debut tactical RPG title. Featuring a familiar turn-based battle grid system and boasting a uniquely deep style of strategic gameplay that revels in its own difficulty, Natural Doctrine drew me in like a moth to a flame — and boy, did I ever get burned.

Natural Doctrine is not your run-of-the-mill tactical RPG; it may operate on a grid system like Final Fantasy Tactics, and it may move through a three-dimensional space in a similar style to XCOM: Enemy Unknown, but the mechanics and the gameplay are entirely its own. To start, let me just say that this battle system is incredibly, obsessively, intricately and minutely detailed and complex. After countless hours of tinkering through tediously hard-won battles and (more often than not) abrupt deaths, I’m fully convinced that I haven’t even begun to scratch the surface of this game’s many nuances and rules. It is excruciatingly difficult to win; in fact, when Natural Doctrine first launched in Japan, there were so many complaints about its unforgiving difficulty that Kadokawa Game Studio was forced to release an update in order to make it easier and more accessible for players. Not that it helped me much… I used to consider myself a good tactical RPG player, but then I played Natural Doctrine.

The story isn’t anything to get excited over. It takes place in a fantasy realm that is populated by three different species that are warring over the possession of a rare and mysterious mineral known as Pluton. Controlling a group of human explorers, you and your team are charged with the responsibility of leading humanity into battle against a new and growing threat that could lead to the extinction of the dwindling human race. Like I said, it’s nothing special, but it’s still enough to prompt the motivation for battle.

The presentation and graphics are also relatively lackluster. This is a Cross-Play/Cross-Save title, meaning the same save can be shared between the PS3, PS4 and PS Vita. So it is possible that the graphics are intentionally dialed down in order to streamline the experience across all systems. Personally, I wasn’t able to notice a difference between the PS Vita or PS4 — it played identically on both systems. But it’s not story or graphics that brings gamers to tactical RPG’s, it’s the battle system, and I have no problem that this is where the majority of focus lie in the game.

Natural Doctrine’s intense level of difficulty is mostly attributed to its producer, Kensuke Tanaka, who reportedly believes that the current state of strategy RPGs is lacking in both quality and challenge, which is why he set out to make one of the deepest strategy games out there. Natural Doctrine certainly has depth to its design… if by “depth” you mean that there’s a lot of stuff going on. There are loads of rules and tiny idiosyncrasies you need to consider before performing each move, especially if you don’t want to end up dead. It’s probably the most complicated strategy game I’ve come across, so yes, in that sense it is very deep. But the more I played through Natural Doctrine, and the more I found myself dying and resetting, I couldn’t help but feel that there was something about the gameplay that was inherently… off. And after a while, I started to consider that maybe it wasn’t just me.

My biggest complaint with Natural Doctrine is that it feels bloated with complexity and it demands a great deal of learning from its players. I’m all for a solidly built and complex system — it’s what makes me feel accomplished when I finally nail it down. But there comes a point when the complexity of a gaming system starts to feel like it’s being complex merely for complexity’s sake, and that’s where I think Natural Doctrine crossed the line. The main crux of the battle mechanics is its Character Linking System, which allows multiple members to aim and attack the same enemy. Linking with other characters can raise the probability of successfully defeating a target while also bumping the characters position in the initiative order, a sort of queue that determines who will have the next move. It’s also very important to position your characters appropriately on the map, since things such as distance and obstacles will impact your ability to attack and defend. All that would be confusing enough if it ended there, but that’s only where the rules and restrictions begin to stack up.

Unlike chess, which is simple enough to learn quickly but broad enough to take a lifetime to master, Natural Doctrine is not simple and it can take a very long time to learn, let alone master. There are so many rules that the real challenge becomes trying to keep track of them all. Rather than cramming a list into an instruction manual (probably because it would read like an algebra text and be as thick as a phone book), Natural Doctrine pounces on every given opportunity to bombard the screen with rules and tips, crowding the view like a webpage that’s flooded with popup ads. There is literally a ticker tape of constantly streaming info on the bottom of the screen, always there to remind you of the game’s many rules. Holding down the L1 button can turn some of the tips off, but the scrolling text is always there and is non-negotiable.

Surprisingly, even with all these tips, tutorial rounds and scrolling information, I still spent the majority of my battles hoping for the best, yet never truly understanding or feeling in command of my own actions. On nearly every single stage I’ve played, I’ve died and have been forced to restart the map. It’s just what happens. Dying and restarting is part of this game. Eventually, after enough attempts at a level, I usually am able to overcome it; except by this time, my victory is cheated because it’s mostly due to my foreknowledge of the enemy locations and battle tactics and not because of my own abilities. No matter what I do with this game, I just can’t win.

There are some seemingly obvious flaws that could have been fixed to make this process more endurable. For starters, it would be nice if you could save mid-battle. There are the occasional checkpoints in some of the lengthier maps, but they aren’t always there when you need them. The slightest hiccup can oftentimes cost you the match along with 15-30+ minutes of tedious setup and preparation. The user interface is awkward and cumbersome, like it was designed more with a mouse and keyboard in mind. The targeting system is needlessly reliant on manual aiming to avoid friendly fire. There are multiple times when I ended up attacking my own man because my shot is blocked, even if it appears to be clear. You can imagine how frustrating such a mistake can be after pulling off an otherwise successful battle. This is the type of thing that could have been fixed by simply not allowing me to target an enemy if one of my units is in the way; instead, I’m forced to stop and make sure I’m not going to kill my own guy every time I take a shot. This slow process of tip-toe battling can feel like you’re walking on eggshells while trying to build a house of cards: one mistake and the match ends, forcing you to start all over.

My favorite part is the character upgrade system, which allows the swapping of earned Exp points to conveniently customize character stats and skills. Similar in function to the skill tree in games like Diablo, this type of upgrade system promotes experimenting with different abilities while also providing the freedom to create unique play styles. The downside of this freedom is that sometimes the maps require you to play a certain way in order to succeed, only you won’t know what that way is. I died five times on a map before realizing the advantage of upgrading my long-range attacks instead of tanking it up close with health upgrades. So even though the game appears to give you freedom of choice, it’s really locking you into yet another rule restriction. It makes some maps feel like there is a predetermined solution in place, and the trick is more about finding the solution the developers had in mind rather than strategizing one of your own.

Last but not least, the pacing of the gameplay is excruciatingly slow. It really wouldn’t be so bad if there were an option to turn off the character animations; instead, you’re forced to sit through every single swing of every character’s sword and every single step as they slowly trot across the screen. The painful part is being forced to watch the enemy’s turn. Even with the option to fast forward turned on, it’s unnecessarily boring to watch dozens of goblins shuffling back and forth without consequence, one at a time, even when they’re in a closed off room or too far away to have any impact on you and your team. The frustration of sitting through these pointless movements is only compounded when you’re replaying the same map over again after previously being killed.

Basically, don’t even consider playing this if you’re an impatient type. If you can’t handle frustration, you will soon find that the complicated rules, the annoyingly obtuse battle system and the pacing that’s designed for you to experience it in every detail will undoubtedly leave you wanting to either turn off the entire system or promptly lodge your foot through the wall — whichever’s easiest. It’s a difficult game to break into, and even harder to be successful at. I suppose the real deciding factor for whether or not you’ll enjoy this type of gameplay is in how much you enjoy taking punishment. Are you the type of person who eats insanely spicy food simply because you like the way it burns your mouth? Then you might get a kick out of Nocturnal Doctrine. Otherwise,  you can do like me and just start another new game on FF Tactics and wait for the next strategy RPG to round the bend.

Natural Doctrine is a broken attempt at revitalizing the tactical RPG genre. At first glance, it appears to have all the markings of a classically inspired and intelligently designed strategy game. But sadly, despite delivering its own rare bursts of satisfaction, it remains frustratingly bogged down by artificially challenging gameplay, a confusing and overtly complex user interface and a painfully slow pacing that will try the patience of even the most Zen-like of gamers. If you’re looking for the next Final Fantasy Tactics, I’m sorry, but you’re going to have to keep looking elsewhere.