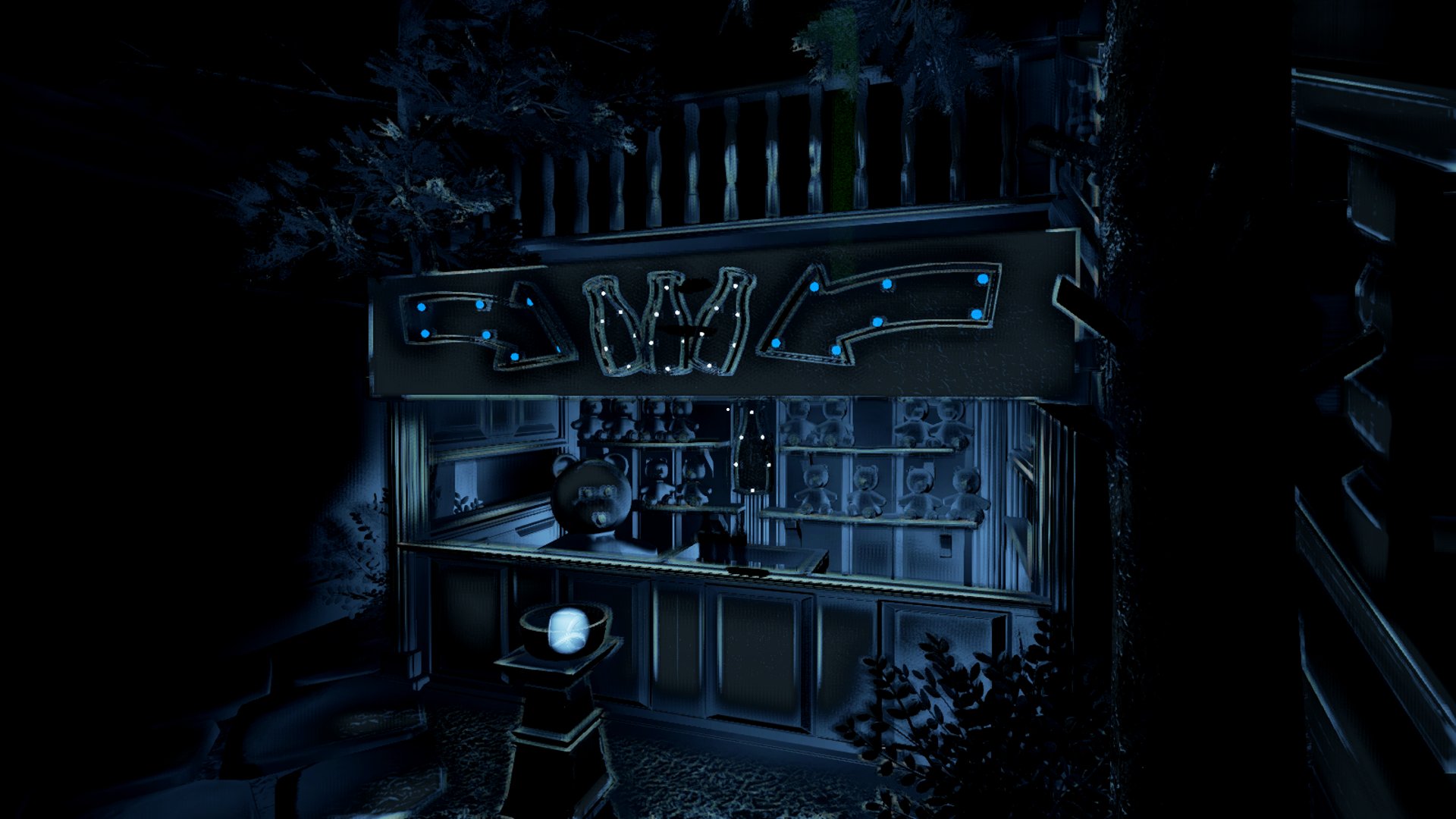 Perception is a first-person horror game that puts you in the twenty-something shoes of Cassie, a woman who’s investigating a haunted, centuries-old estate. If games like Gone Home or What Remains of Edith Finch come to mind, note: Cassie is blind. To navigate the house, players use echolocation to get a quick, narrow glimpse at their surroundings.

Perception’s echolocation feature is not only for function — it’s a great way to simulate the fear that can stem from blindness.

This mechanic is the main gameplay conceit in Perception and causes great tension in the game’s early hours, in part because echolocating too much will disturb The Presence, the dark entity that haunts the house. Awakening The Presence incites a terrifying sequence of cat-and-mouse as you race through the corridors looking for a quick hiding spot – an appropriately disturbing experience. The Presence never caught me during my playthrough, but knowing one too many taps with my cane might resurrect it left me constantly uneasy the first hour or two.

But only the first hour or two. A lot of this stress is lost by the end of the game because you learn how much you can echolocate without waking the dementor. Avoiding The Presence means not echolocating as much, but while this can make navigation a pain, players like me who want to keep their blood pressure low will accept it as a welcome trade-off.

What haunted house would be complete without a creepy, gnarled tree in the backyard?

Don’t expect much more challenge than avoiding The Presence, though. Cassie explores the house as it was under the tenancy of four different occupants through the years. The Presence exists in each of these levels as you explore, but the only thing that changes between eras is the interior design. One level does leverage the echolocation mechanic in a clever way in the form of an enemy I won’t spoil for you here, but I was disappointed the other levels didn’t have their own unique gimmicks too. Ultimately, I walked away from Perception feeling like it introduced an innovative mechanic but didn’t fully explore it – like someone who wants to practice yoga but only ever tries two poses.

Also, I’m hesitant to use the word “exploration.” Cassie has a sixth sense ability that lets her see her goal from across the house making this more of an on-rails experience than one where you can properly explore. Coupled with how The Presence loses its impact halfway through, much of Perception feels like driving a car on auto-pilot – you don’t really have to think about where to go next or how to get there safely.

I can count on one hand the number of times I didn’t know where to go next, which took a lot of fun out of exploring the house in each era.

Despite becoming predictable early on, Perception is still a scary experience. (Or maybe I’m easily terrified. One of the two.) Items you discover throughout the house are appreciated little reprieves from the constantly dreadful exploration, and like Cassie who narrates as she explores the house, each item adds new insight into the house’s history and the game’s forgettable narrative. I was hoping for the story to address Cassie’s disability as much as the gameplay does, but sadly, it ignores it almost entirely. Equally forgettable are Serge, her boyfriend – maybe? – and Nick, a stranger who deciphers images for Cassie from her phone, but neither play a significant role in the story. Like the horror movies I alluded to watching at the beginning, don’t expect to be scared and experience a thoughtful story.

Perception’s unique echolocation gameplay hook is enough to sustain the game for its 4-5-hour run, but I was saddened that The Deep End Games didn’t explore this mechanic any more than it did. Had it, Perception’s shallow plot and characters might have found some redemption. Ultimately, Perception is more carnival than amusement park - cheap thrills than top shelf. If you like horror games, you’ll like Perception, but you’ve probably already experienced a bunch of horror titles scarier than this one.

Hunter Wolfe just graduated with his B.A. in Communication/Journalism from Shippensburg University and has nearly four years of professional writing experience. His content has been featured on sites like Rolling Stone's Glixel, Destructoid and The Artifice. You can check out his full portfolio at: www.hunterawolfe.com.
Related Articles: Perception
Share
Tweet
Share
Submit