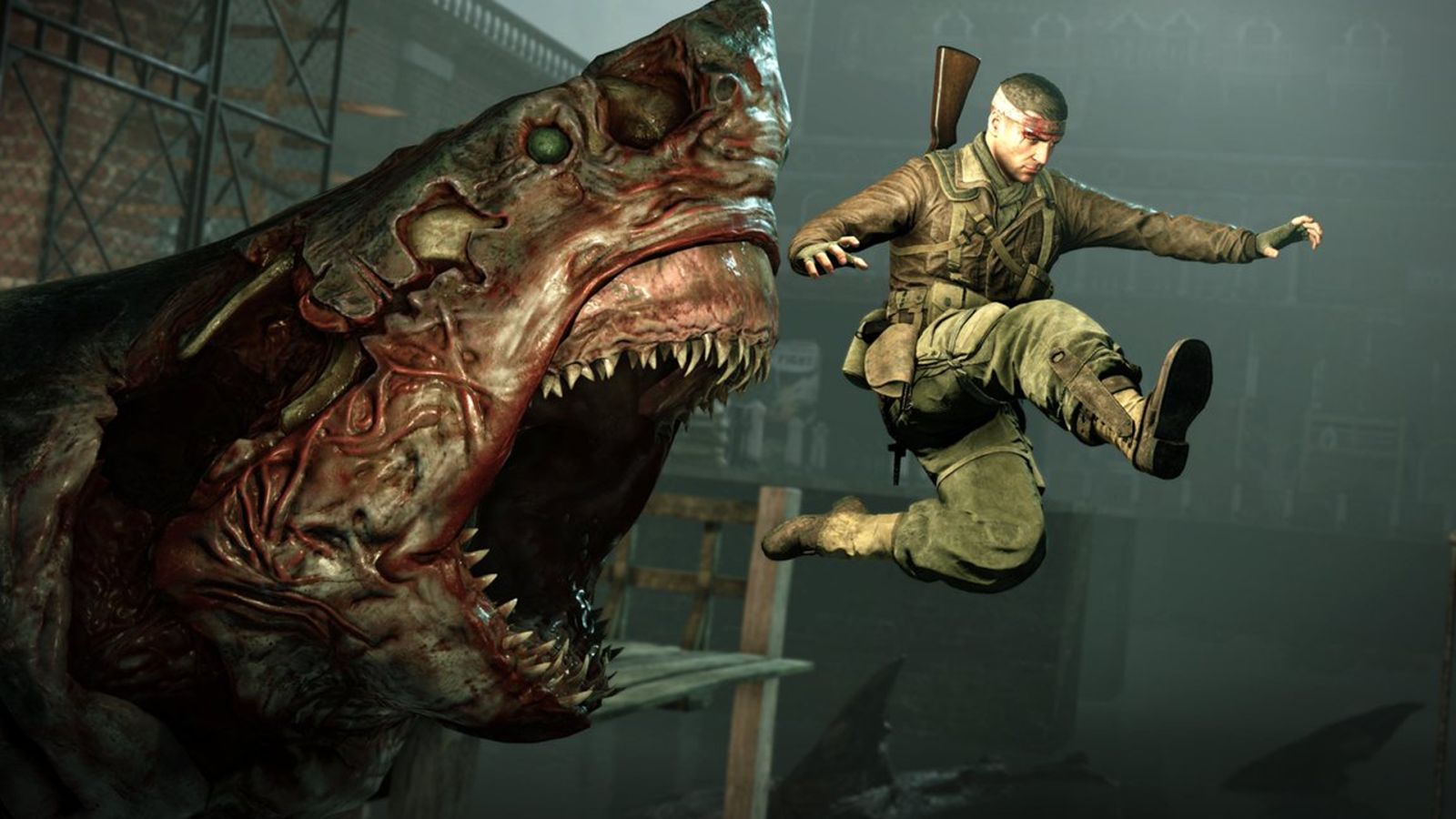 If you are unfamiliar with the Zombie Army games, well…let’s just say they are completely bonkers, and Zombie Army 4 is finally hitting Steam (you can read our review from the original release right here), and best of all, you can team up with your friends who picked it up on the Epic Store!  Let’s get into what you’ll find as the game hits Steam, as well as some background on the game if you missed it the first time around.

In 1945 Hitler turned the tide of World War 2 with “Plan Z,” reanimating his fallen troops into an army of undead Nazis. A brave band of heroes managed to cast the zombie army and the demon Führer back to hell. One year on, Europe lies in ruins. The dead rise again with a greater hunger than before. The relentless march of the Nazi zombie army continues, leaving death and despair in its wake. And in the shadows, a sinister plot hatches…

The game can be played with drop-in, drop-out co-op for up to four zombie-hunting pals, but what new features can we expect this time around?

Cross-play support is a great way to team up with other zombie hunters, regardless of whatever platform they jump on.  There’s also a pair of season pass packs that’ll provide additional story campaigns, new characters, weapons, outfits, and much more.  Let’s take a look at what differentiates between the Standard, Deluxe, and Super Deluxe Editions:

In addition to the Standard Edition, players can tear into Deluxe and Super Deluxe Editions at launch. The Deluxe Edition includes the base game and: