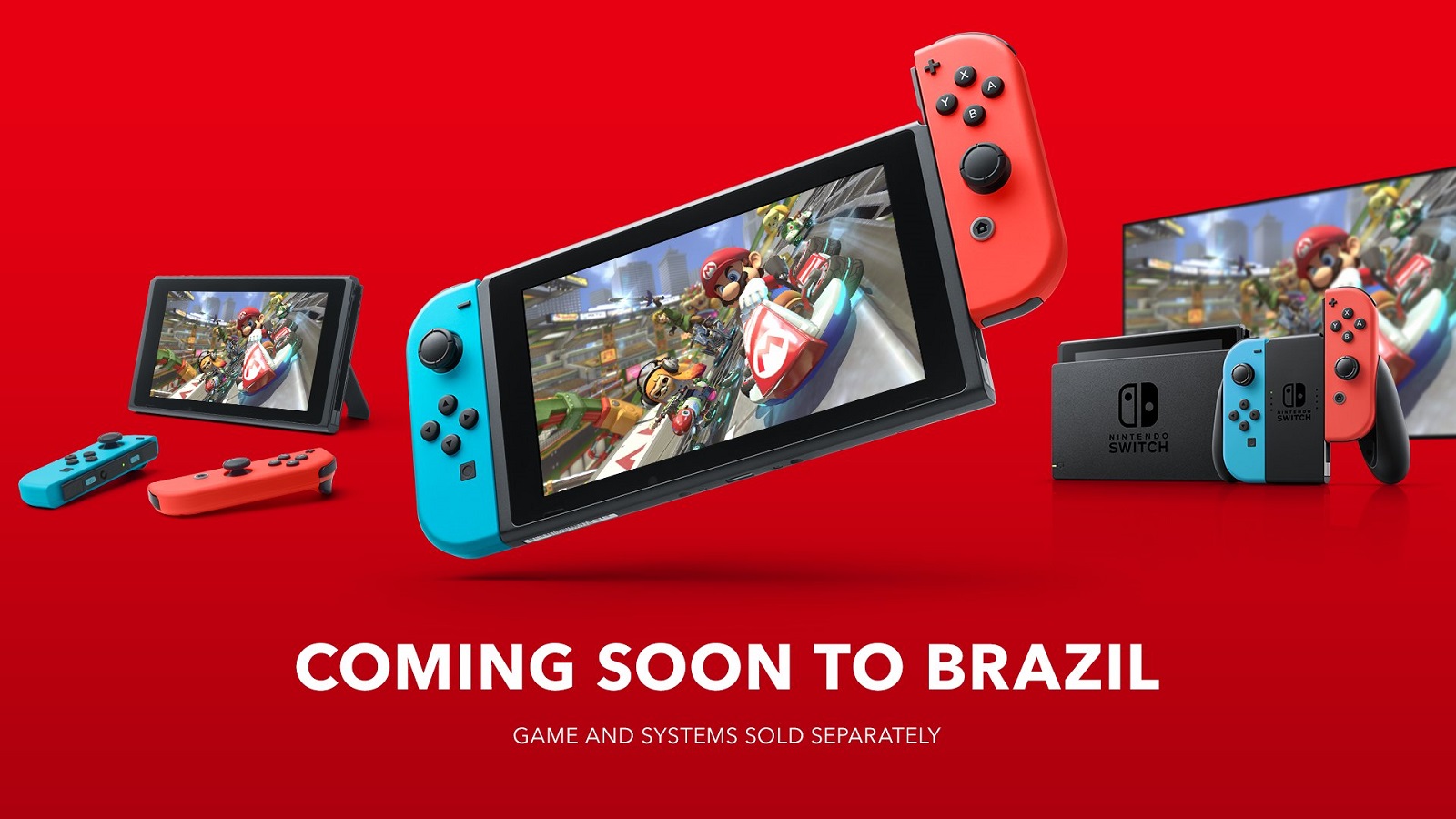 The Nintendo Switch has global appeal, but not every country has their own digital storefronts. Nintendo recently announced a new region for its eShop, Brazil, to be available on December 7 featuring over 400 titles and DLC available at launch, with a free update allowing Brazilian Portuguese for Switch users.

Nintendo eShop in Brazil will have more than 400 titles and pieces of digital content at launch, with a growing library of games from Nintendo, independent developers and publishing partners. Nintendo eShop will accept Brazilian local payment methods, and local currency prices.Consumers in Brazil will need a Nintendo Account set in the Brazilian territory to access it starting on December 7th.

Other titles from development partners available in Nintendo eShop on December 7th are Just Dance 2021 and FIFA 21 Legacy Edition, as well as popular Brazilian games such as Horizon Chase Turbo developed by Aquiris Game Studio and Dandara: Trials of Fear Edition developed by Long Hat House.

“We hope fans will enjoy using Nintendo eShop to easily access and purchase their favorite games on Nintendo Switch ,” said Bill van Zyll, Director and General Manager of Latin America at Nintendo of America. “We plan to continue growing the library of Nintendo Switch games available in Nintendo eShop, providing options for all types of players.”

From Nintendo eShop, consumers will have access to pre-orders, discounts and special offers. They will also be able to receive My Nintendo Gold Points by purchasing eligible games or digital content. My Nintendo is a loyalty program that connects Nintendo experiences across multiple touchpoints, from gaming systems to computers and smartphones.