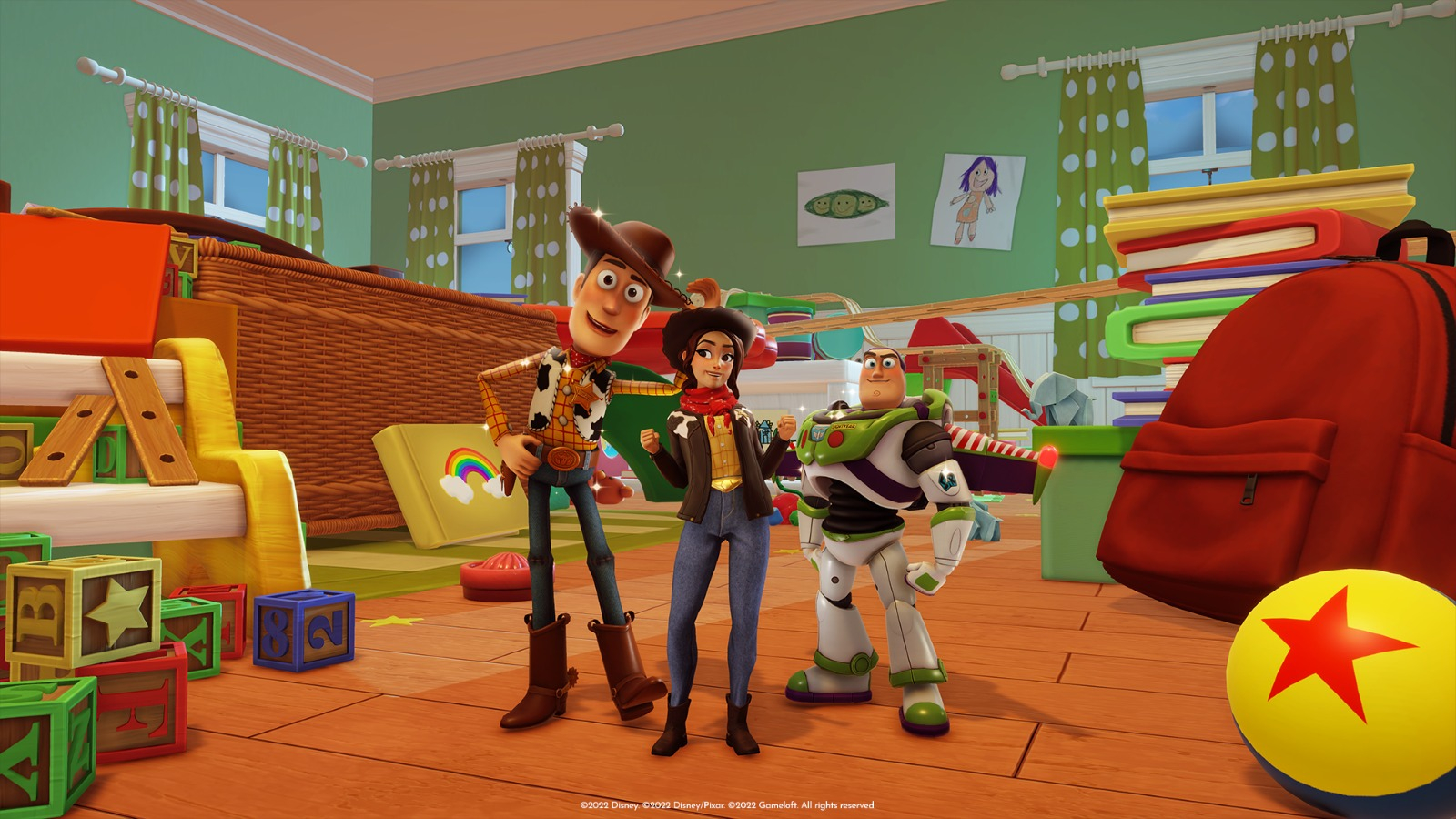 Woody and Buzz are joining the fun in “Missions in Uncharted Space.”  In this update, you visit the Toy Realm and help our Toy Story heroes in new and exciting missions. Additionally, players can show off their holiday creativity in festive cosmetics. The Festive Star Path brings new items and includes the Dream Style feature allowing you to place fun “Dream Style” holiday outfits on Mickey and Merlin. Everyone can start exploring Frosted Heights and more starting December 6.

In the Toy Story Realm, players shrink down to toy-size and meet its iconic heroes, Buzz Lightyear and Woody, who have been residing in the Realm after having fled Dreamlight Valley when the Forgetting first started. Once back in the Village, players will quest to help Woody learn the magic of childhood memories and help Buzz as he enlists the support of Dreamlight Valley’s residents to establish its first Star Command outpost – both complete with full story arcs and friendship rewards.

To celebrate the winter season, today also marks the release of the new Festive Star Path, filled to the brim with new and exclusive items to help you get cozy and warm in Dreamlight Valley. Besides new clothing, furniture, and accessories, the Festive Star Path also includes the all-new Dream Styles feature that allows you to outfit both Mickey Mouse and Merlin in special festive “Dream Style” holiday skins. Build a snowman, explore the chilly peaks of Frosted Heights, or discover new festive recipes with all your Disney friends as you celebrate the holidays together. The new Festive Star Path starting December 6.

“In Scar’s Kingdom, we loved seeing our players embrace their villainous side! Now, we can’t wait for them to get toy-sized and explore the dream world of the Toy Story Realm,” said Manea Castet, Lead Producer at Gameloft Montreal. “Not to mention, players will definitely have some ‘fluffy‘ surprises to unbox this holiday season, including a potential new resident from beyond the stars, this Star Path season’s Festive Fox, and a new cozy and warm wardrobe option the community has been hoping for!”

Starting today, Disney Dreamlight Valley is available in Early Access on the Mac App Store with the purchase of a Founder’s Pack. Disney Dreamlight Valley continues to be available in Early Access for Nintendo Switch™, PlayStation®5 (PS5™), PlayStation®4 (PS4™), Xbox Series X, Xbox Series S, and Xbox One consoles, and for PC on Steam, Epic Games Store, and the Microsoft Store.