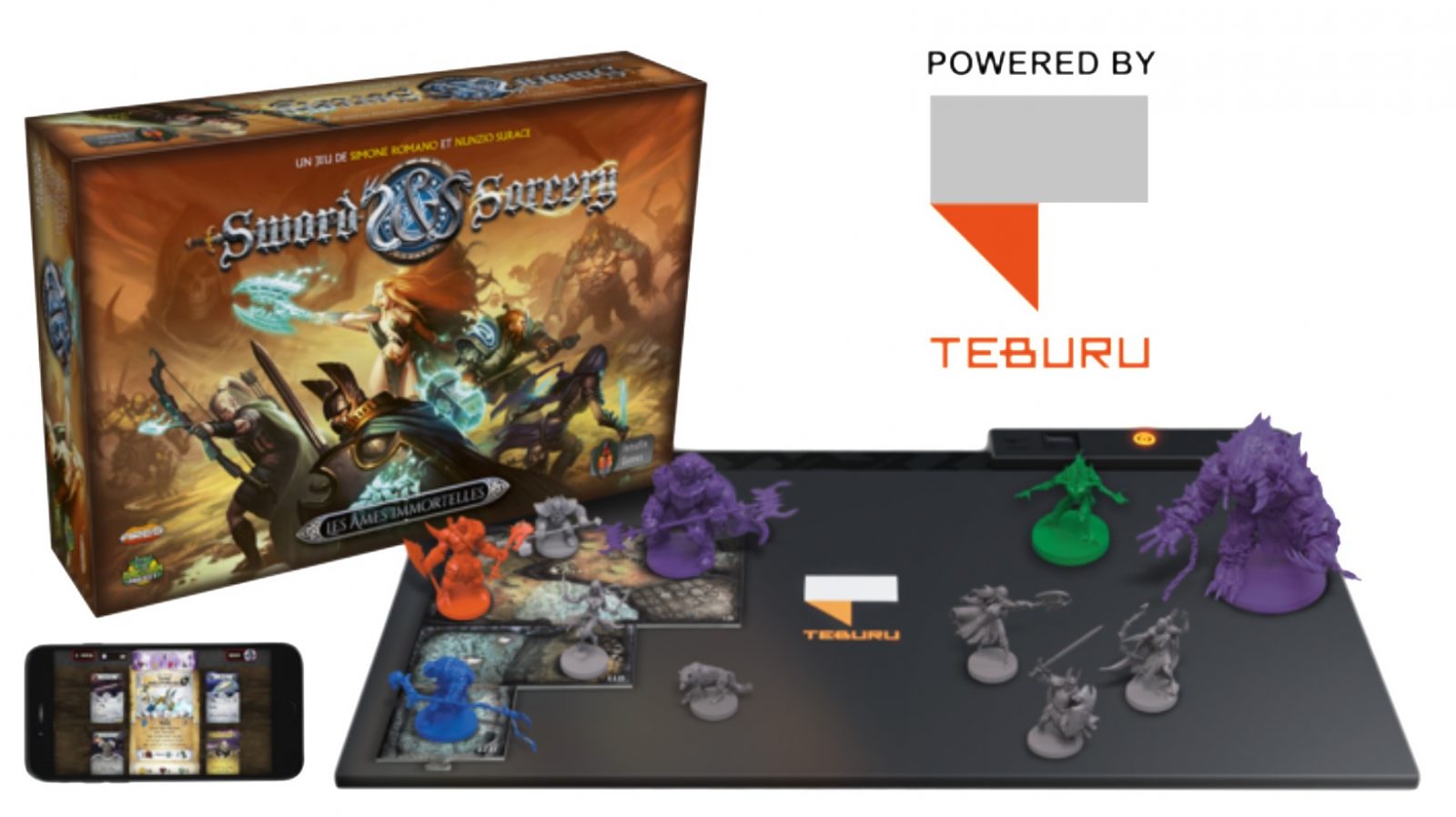 Xplored and Ares Games announced their partnership and plans to bring Sword & Sorcery to the phygital Teburu system. The Teburu system promises to enhance tabletop gaming while making games more immersive and allowing players to enjoy board games in remote gameplay. You can read more below:

The second of such partnerships announced for the platform, Ares Games follows Paradox Interactive in their support of Xplored’s vision for the future of tabletop gaming.

“We are excited to announce that Ares Games is finalising an agreement with Xplored to licence Sword & Sorcery as one of the first games launching on the Teburu system. Today, Sword & Sorcery is one the highest-rated dungeon crawler board games on the market, thanks to the depth of its gameplay and beautiful components, but we know that today it is mostly played by expert gamers,” says Roberto Di Meglio, Director of Production at Ares Games. “Expanding the S&S range with a Teburu-based ‘phygital’ version is a great opportunity to simplify the game experience and make Sword & Sorcery easier to learn and faster to play, while enhancing further the key strengths of Sword & Sorcery’s deep combat system and sophisticated AI. The digital/physical combination will allow us to bring the system to its full potential, allowing us to enhance gameplay beyond the limits of a purely physical game, and make it even deeper and more immersive.”

Of the partnership, Davide Garofalo (CEO, Xplored) says, “Ares Games and Roberto Di Meglio were the very first supporters of our concept and vision behind Teburu. We like Ares Games’ approach to board game design and production, and love the rich, tactical gameplay that Sword & Sorcery offers. We’re excited to contribute to the evolution of such a beloved title, and our team is working hard to make the Teburu version of the game something both existing fans and new audiences can love.”

As Xplored launches their first Teburu project, The Bad Karmas and the Curse of the Zodiacs, on Kickstarter, Sword & Sorcery will build the exciting future line-up for the platform. With projects such as Sword & Sorcery and the previously announced World of Darkness joining the line-up, the Teburu platform will offer players groundbreaking new ways to explore their favourite universes, and to discover new ones.

Thanks to the platform, games are enhanced and easier to play, more immersive and engaging, on top of allowing friends to enjoy physical board games in remote gameplay.

The above features can currently already been seen in Teburu’s debut title, The Bad Karmas and the Curse of the Zodiac, which launches its Kickstarter campaign on March 15th.

The Bad Karmas backers (Saga Pledge-level or higher) will get 10% off for their next three pledges in future Teburu campaigns in the Pledge Management phase.