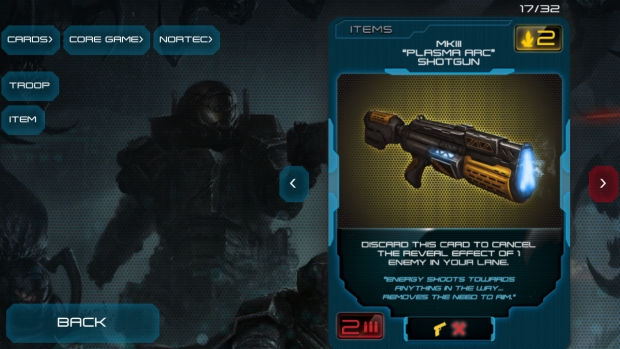 If you saw my Xenoshyft review from last year or my Best of 2015 Tabletop Games, then you know how much I enjoy this game.  While it is a fun game to play solo, sometimes you wish there was a way to play it with others without shuffling multiple decks.  Now that’s possible, with its arrival on Steam.

Today, March 29, 2016, CoolMiniOrNot is pleased to announce its critically-acclaimed, cooperative survival deckbuilding game XenoShyft is now available to purchase on Steam through the PC and Mac clients. In XenoShyft, one to four players each control a Division of the NorTec military, and only by working together can players ensure victory over The Hive and complete NorTec’s filed operations.

XenoShyft made its successful transition from tabletop to mobile devices last year with its release on the Apple App Store and Google Play Store. CMON is happy to offer gamers more options in how they play XenoShyft while bringing all the different platforms together. Thanks to cross-platform multiplayer, players will be able to join forces with users on iOS, Android, or Steam.

Players will be able to expand their XenoShyft game on Steam with four DLC packs:

XenoShyft is $9.99 for the base game and will launch at 15% off. A Deluxe Edition is also available for $12.99 that includes the game and four DLC packs.

This is a steal for this game, and a great way to try it out if you are hesitant to buy the physical game.  You also won’t need a powerhouse machine to play it.  It’s only a mouse click away.