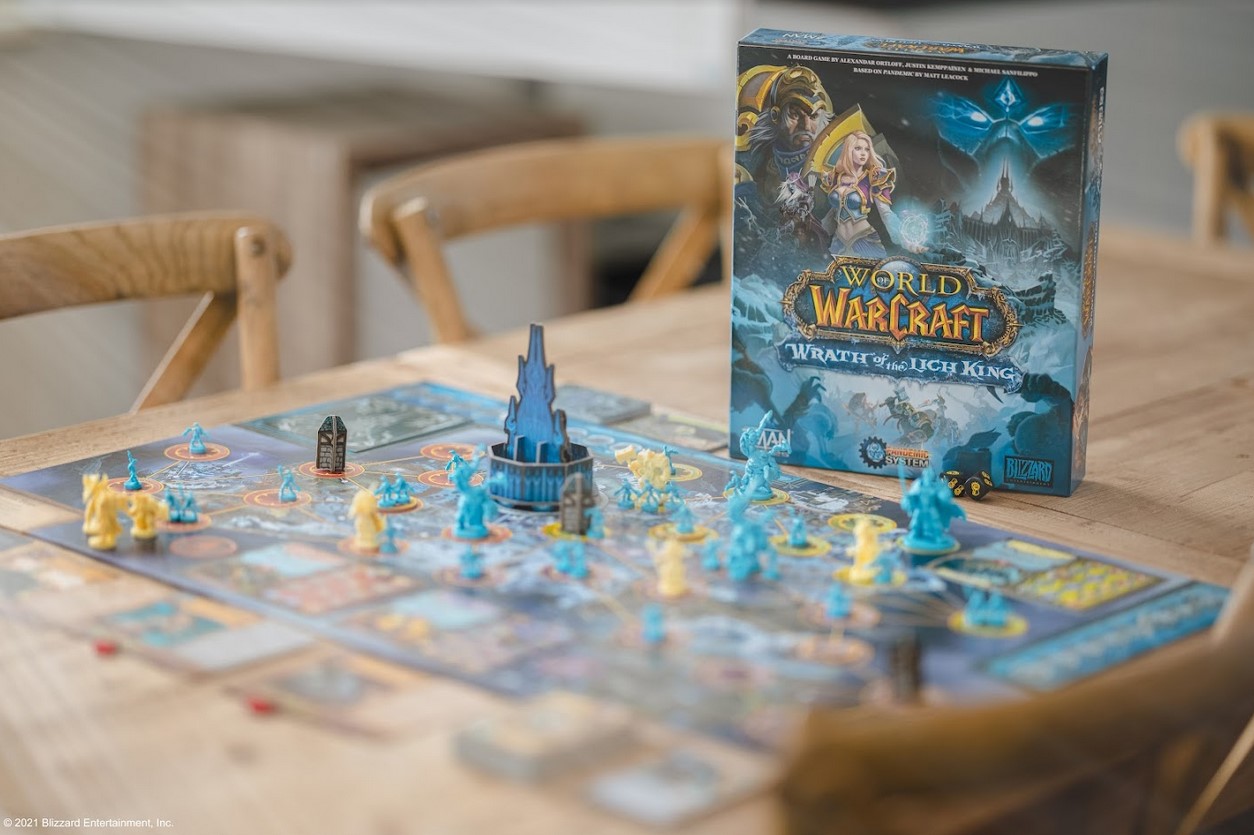 Asmodee and Z-Man Games announced that their latest release, World of Warcraft®: Wrath of the Lich King® – A Pandemic System Board Game, is now available. You can check out the press release below!

The Wrath of the Lich King Board Game invites players to travel to Northrend within the world of Azeroth as one of seven legendary World of Warcraft heroes in a journey to vanquish the Scourge and their corrupted leader, the Lich King. To reach him, heroes must use their unique abilities to fight the undead and complete dangerous quests, weakening the Lich King’s power before a climactic face-off with Arthas. Master Hero Cards and use Quest rewards wisely to stand a chance at winning – the Scourge are mighty, and they are many.

“At its core, Pandemic is about working together and conquering a big threat. It’s a game of hope and tension, of teamwork and strategy. Taking those core elements of the game and mapping them to a new theme with larger-than-life characters, an iconic villain, and a fantastic setting with World of Warcraft was an exciting puzzle,” Beth Erikson, Marketing Manager at Z-Man Games, said. “We wanted this game to be truly heroic and that meant going all out on new art, sculpted figures, new game challenges, and new character abilities that all fit together to feel like both a Pandemic and a World of Warcraft game.” 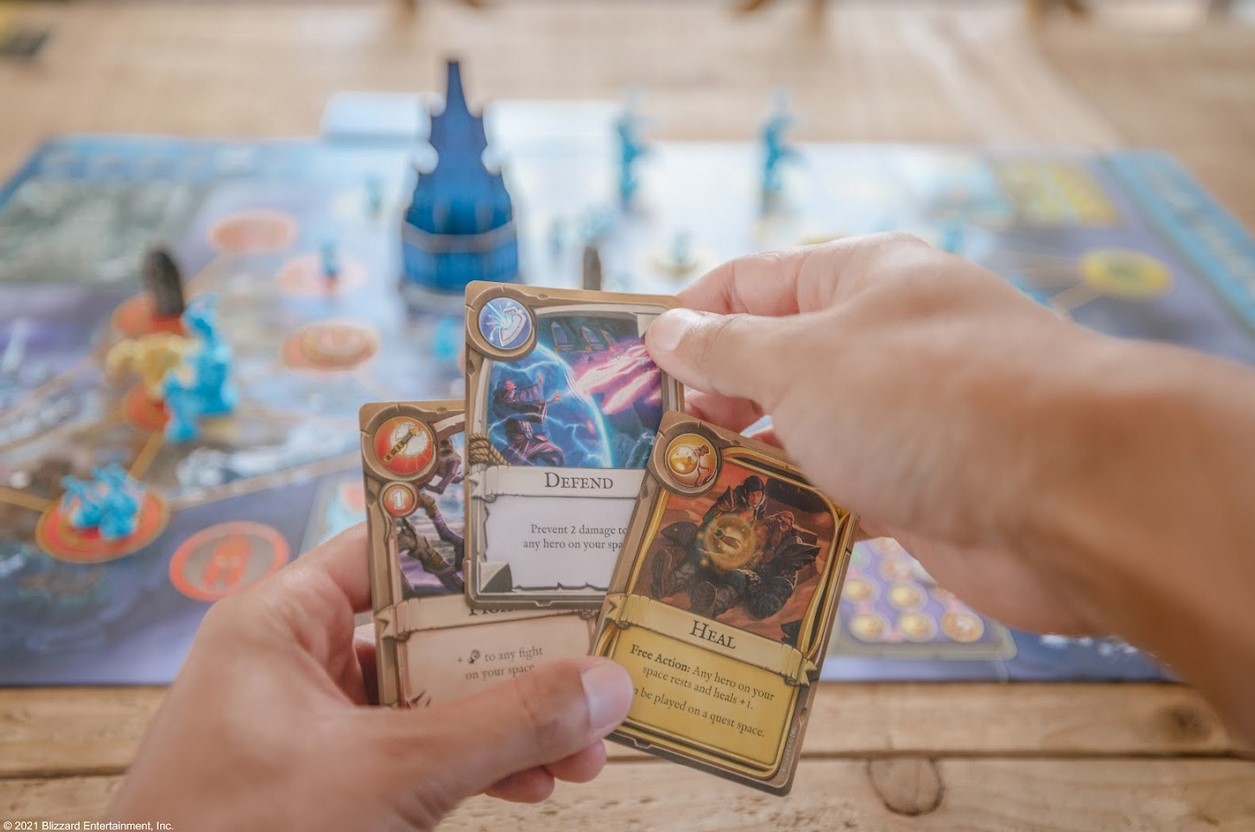 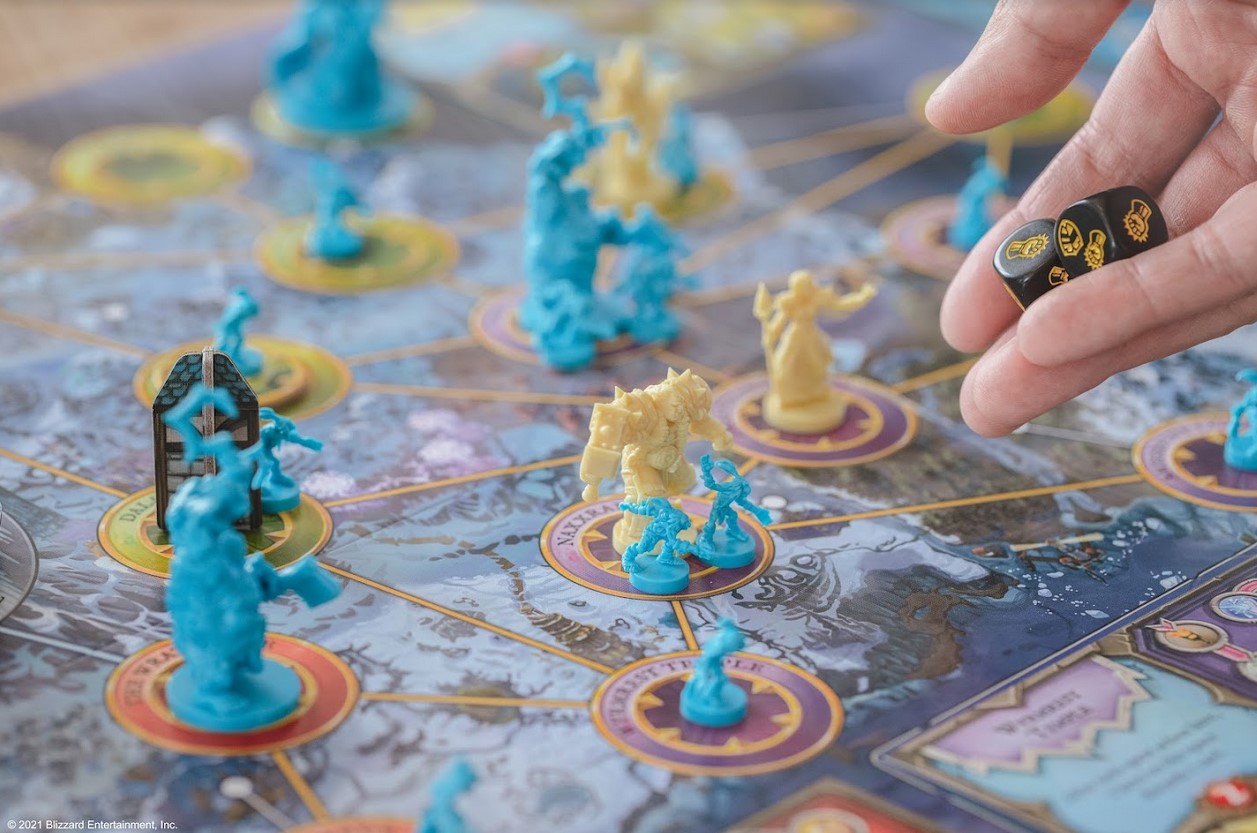 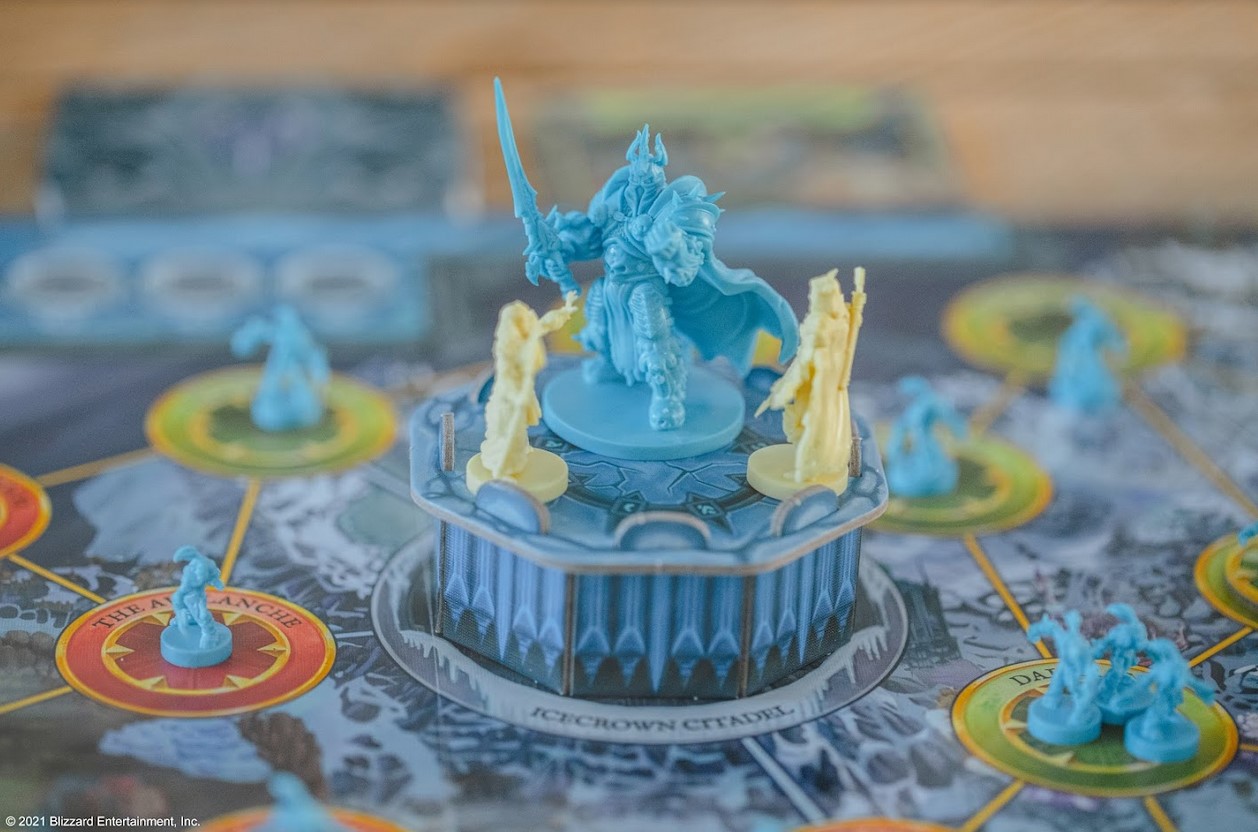 World of Warcraft: Wrath of the Lich King – A Pandemic System Board Game includes:

The Pandemic system with familiar mechanics and cooperative gameplay, now tweaked to embrace the World of Warcraft universe. Familiar heroes from World of Warcraft have unique abilities that can topple hordes of undead scourge – so long as they’re used wisely.

An extra-large game board featuring iconic Northrend locations and structures including forts, temples, battlegrounds, and more. With each setting pulled straight from the game, it’s like a guided tour through the most fantastical (and fierce) this frozen tundra has to offer.

Quests that challenge players to adventure across the frozen wastes of Northrend to battle monstrous entities, destroy evil relics, and more. The heroes of Azeroth must defeat the major threats of Northrend and clear the way to the Lich King’s fortress of Icecrown Citadel. These threats are represented by quests, and players must complete 3 to enter the endgame: the siege of Icecrown Citadel. Completed quests also grant Reward Cards, like the powerful Gunship Support – quickly moving a hero to any space to deal with a threat – and the life-saving Borrowed Time, which grants a player three extra actions in a turn.

Hero Cards that give players an edge against their enemies in the form of equipment for more attack power during combat, special mounts that allow players to move more spaces on their turn, healing potions to restore hit points, and much more.

World of Warcraft: Wrath of the Lich King – A Pandemic System Board Game is developed by Z-Man Games in collaboration with Blizzard Entertainment and published by Asmodee.

To learn more about World of Warcraft: Wrath of the Lich King – A Pandemic System Board Game, Pandemic, and Z-Man Games, go to www.zmangames.com.

Stay tuned to Gaming Trend for more info on World of Warcraft: Wrath of the Lich King – A Pandemic System Board Game and for all your gaming, tech, and entertainment news!