Combining the 1 vs. 1,000 action of DYNASTY WARRIORS with the addition of tactical elements, DYNASTY WARRIORS 9 Empires sets players on a quest to conquer ancient China by combining use of strategy and the sword. Battles have dramatically changed from previous titles in the series thanks to the new feature: “Storming the Castle”. With areas around castles now turned into battlefields, skirmishes evolve into “Storming the Castle” encounters, with players battling to take control of the castle. Players will also be able to utilize “Siege Battles with Troops” in order to invade the enemy’s base, taking advantage of siege weapons while giving instructions to troops during battle. Once players break through an enemy’s gate, they will enter a “Decisive Battle” and can claim victory after defeating the commander. Although all the enemy officers will re-join the battlefield for one last fierce resistance, players will have a chance to defeat and capture them. 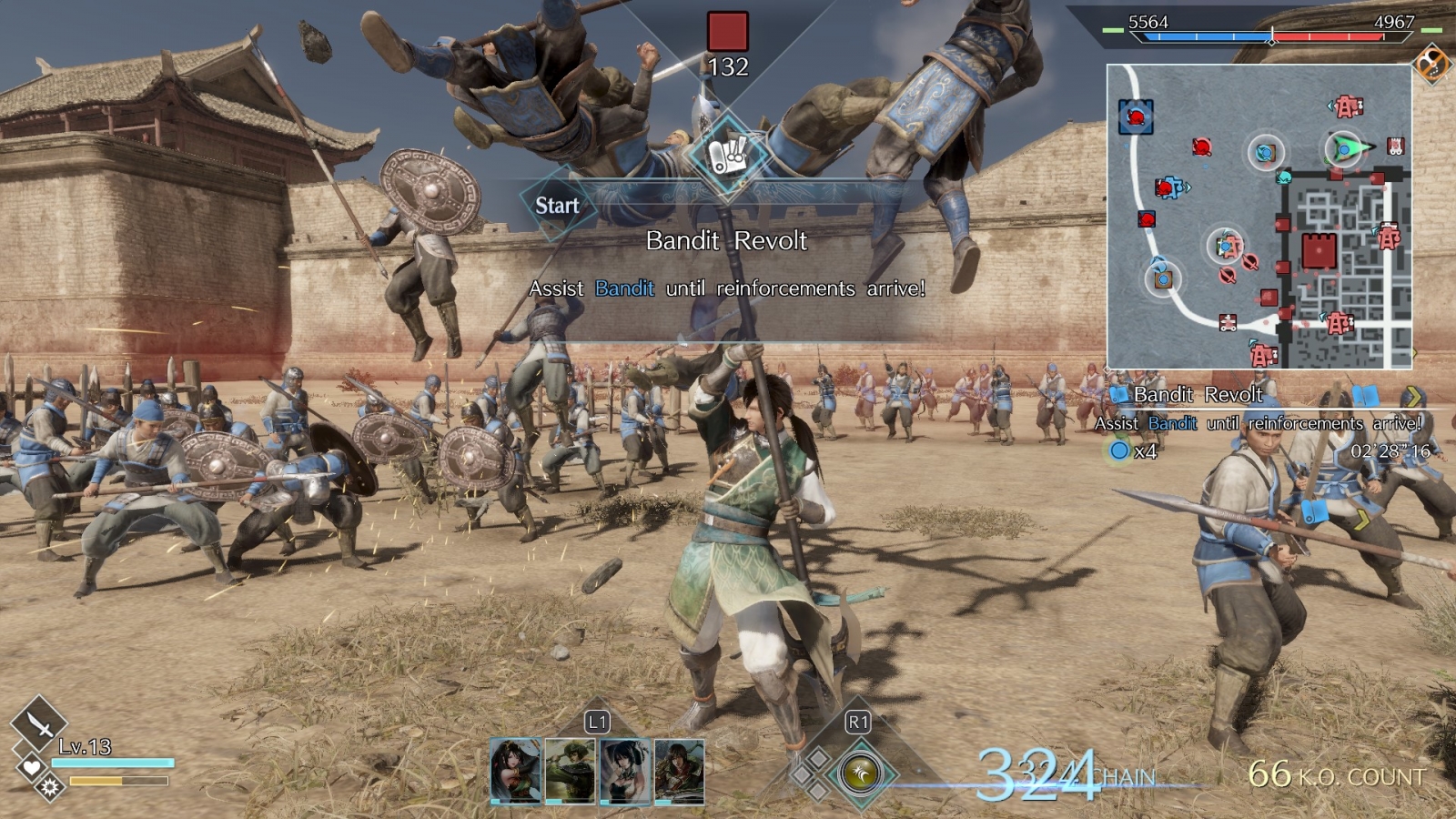 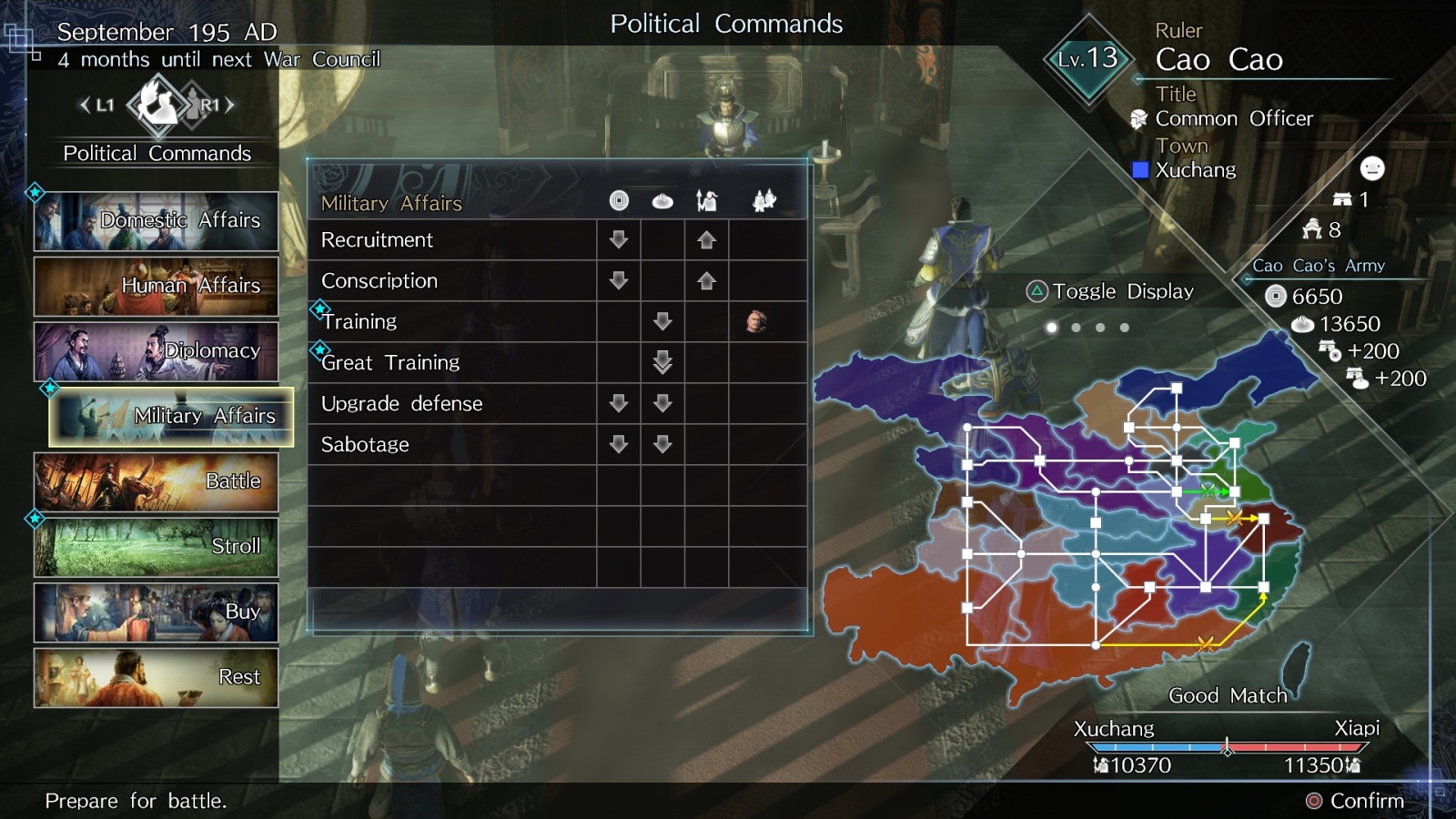 Another element that will greatly influence battle will be “Secret Plans”. “Secret Plans” selected in the battle preparation phase will now be activated as missions during battles, with each “Secret Plan” having its own conditions for success and failure. Once the success conditions are fulfilled, favorable effects on allies will be activated including “capture surrounding bases”, “defeat messengers”, “escort the engineers”, and more. Each battle is highlighted by offense and defense centering on how to activate “Secret Plans”, providing a highly strategic battle experience. Conversely, enemies can also perform “Secret Plans”. By preventing the enemy’s “Secret Plans”, players will gain an advantage in battle.

Army Affinity will also play a key role in DYNASTY WARRIORS 9 Empires, with each officer’s unit having a military unit type assigned to them as a new officer characteristic. All three units will have their strengths and weaknesses: Infantry < Archer < Cavalry < Infantry. When a unit fights against opponents at an advantage, more damage can be given and the damage taken can be reduced. However, when a unit fights against opponents under disadvantages, the situation will be reversed. In addition, each military unit has its special effects: Infantry can attack siege weapons more effectively, Cavalry can cause more damage to enemy headquarters, and Archer can perform simultaneous attacks.

Aside from battle, the political intrigue and domestic system popular to the Empires series will also be included. Following the kingdom goals set once every half year, the kingdom a player belongs to strives to unify China. Each month, players will be able to give commands to search for new officers to join the kingdom, purchase arrows and items, and execute a variety of military, economic and diplomatic commands depending on the player’s position. 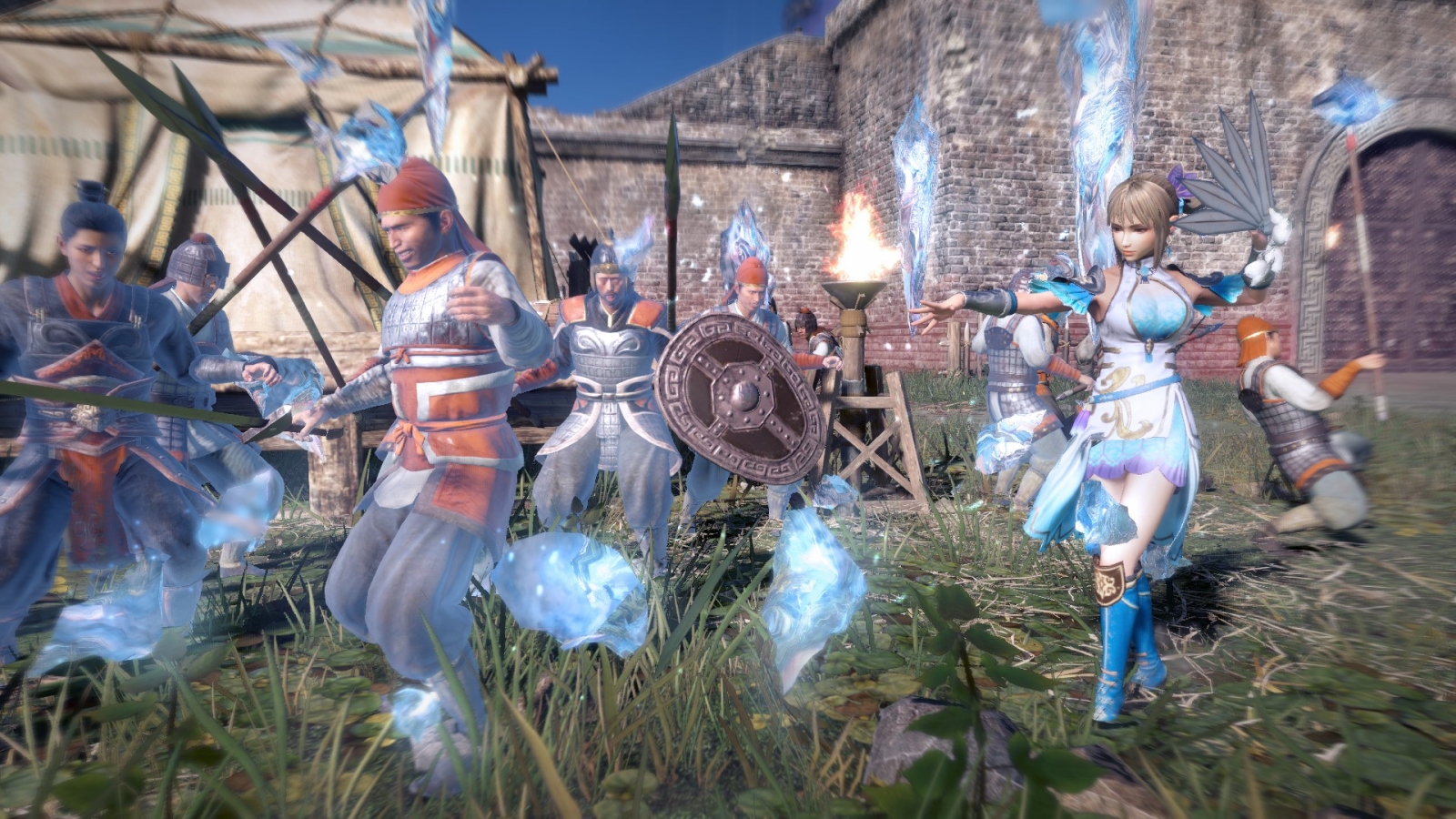 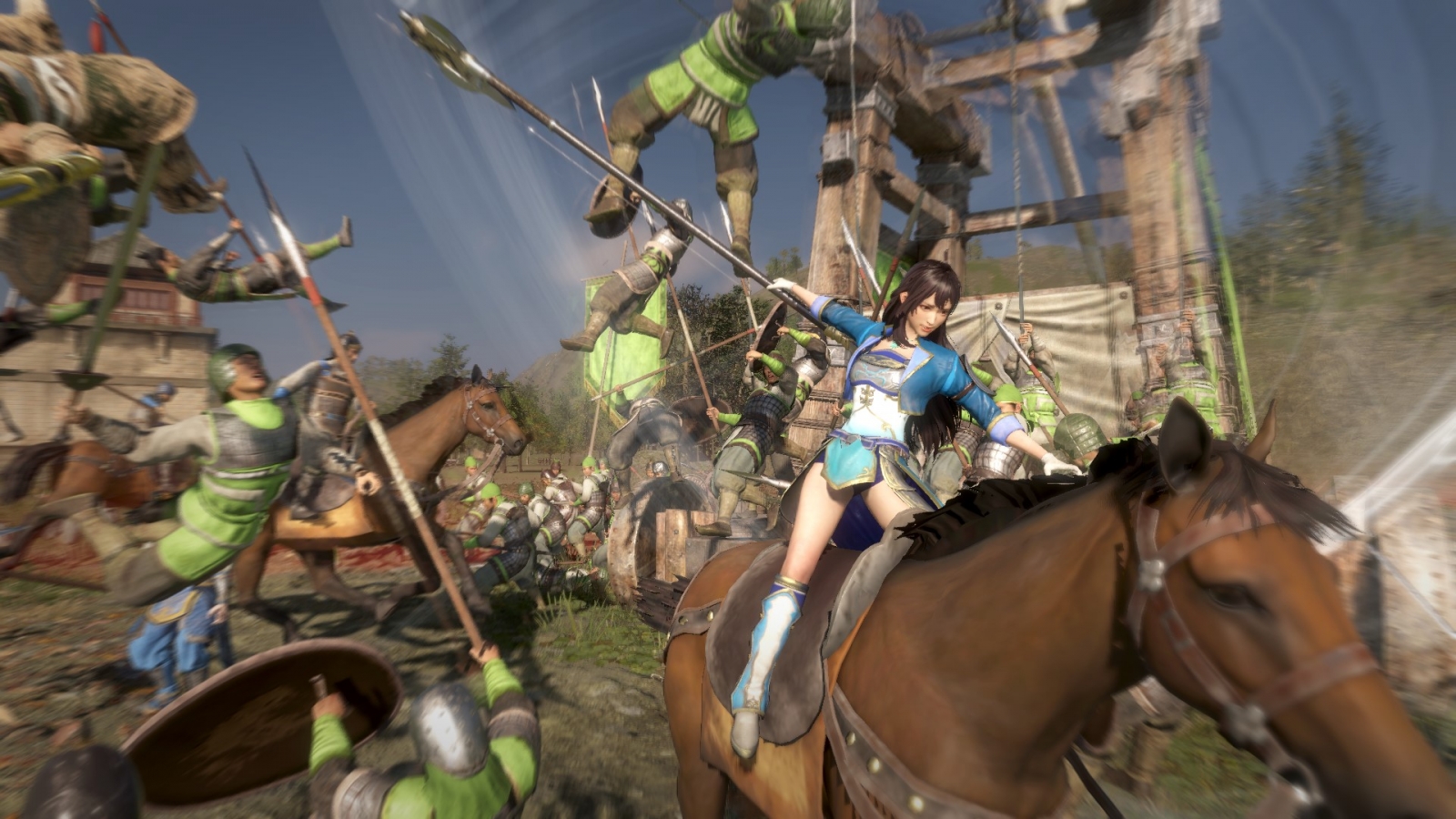 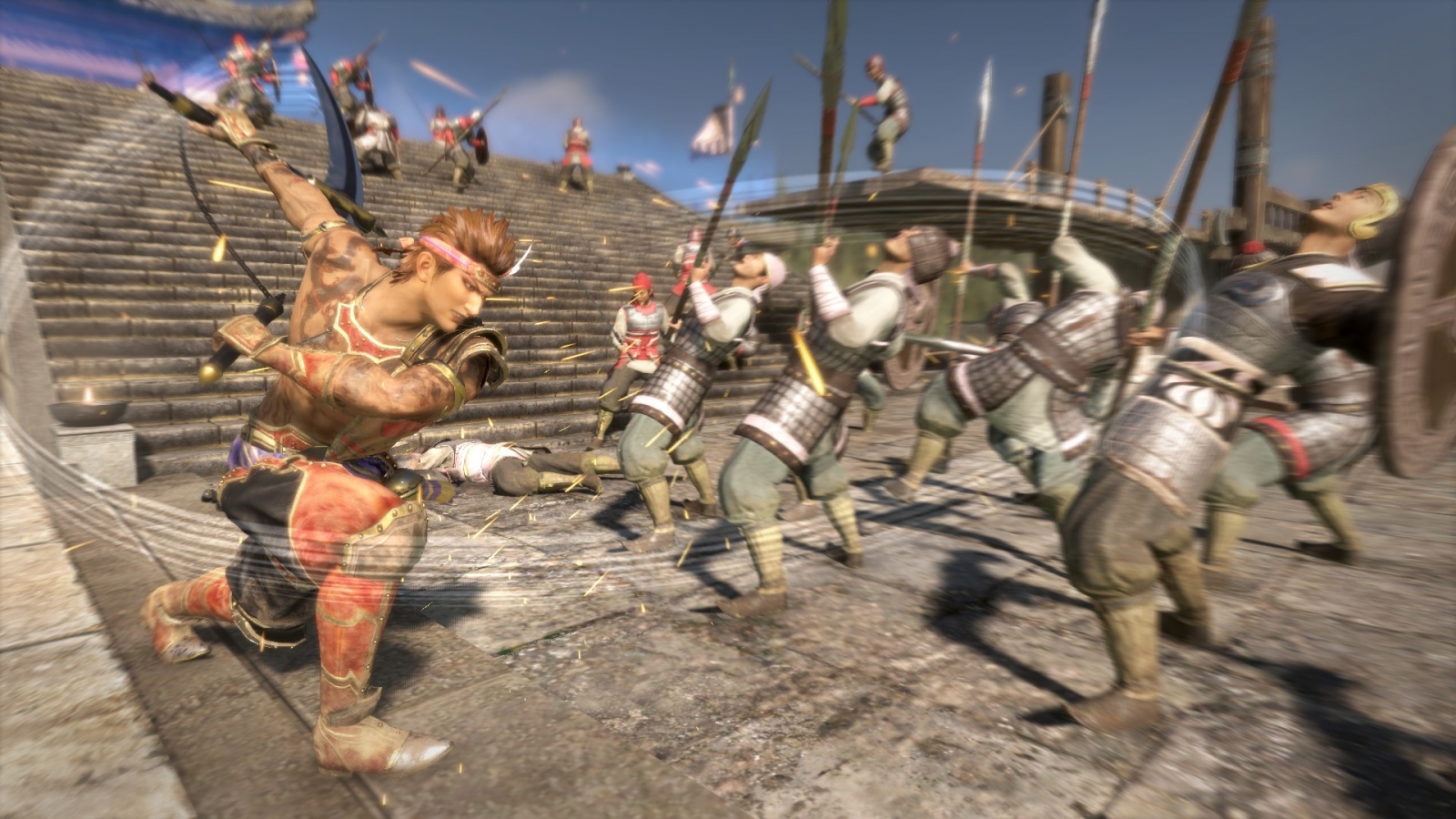 Stay tuned to Gaming Trend for more info on Dynasty Warriors 9 Empires and for all your gaming, tech, and entertainment news!