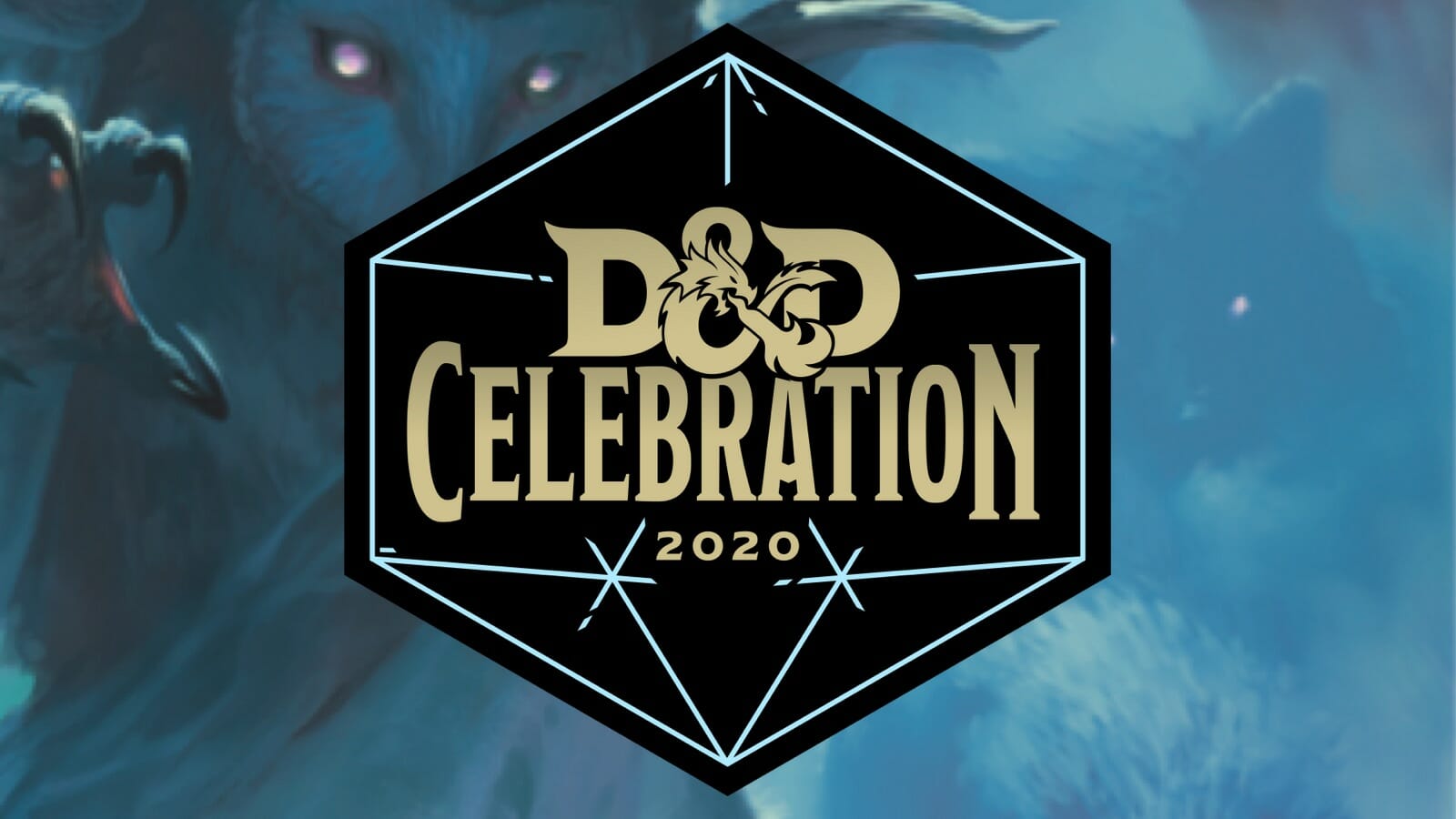 Wizards of the Coast has announced D&D Celebration 2020 will take place on the 18th, 19th, and 20th of September, 2020. This online event will tie in with the September 15th release of the Icewind Dale: Rime of the Frostmaiden adventure. D&D Celebration 2020 will be an online event, similar to D&D Live, focused on bringing the community together for three days for panels, viewing live games and of course, to play Dungeons and Dragons. With D&D Adventurers League games on all three days, this event will serve up introductory content for the next season of the D&D Adventurers League.

In fact, the next season of the D&D Adventurers League will be officially kicked off by a three hour epic event:

The largest virtual D&D game ever played is scheduled for Saturday, September 19 with more than a thousand concurrent players participating in an epic adventure administered by D&D Adventurers League all with the same meta goal to defend Icewind Dale.

The epic game will be similar to the Descent to Avernus live play, for those familiar with that event. The action of each group playing at their virtual tabletop can impact events at other virtual tables, so the adventures are sure to be unique and exciting.

Aside from the opportunity to play online D&D games all three days, there will also be an insider look at some D&D products with Chris Perkins (senior producer for D&D) and Jeremy Crawford (Lead Rules Designer), panels featuring D&D game designers discussing the future of D&D, and live play games to watch. Expect to pay $5 to play in a D&D Adventurers League Game on Friday or Sunday, and $10 to participate in the massive epic event on Saturday. Proceeds will go to Extra Life benefiting Children’s Miracle Network Hospitals. For more details on D&D Celebration check out dndcelebration2020.com and sign up to play a D&D Adventurers League game at yawningportal.dnd.wizards.com.