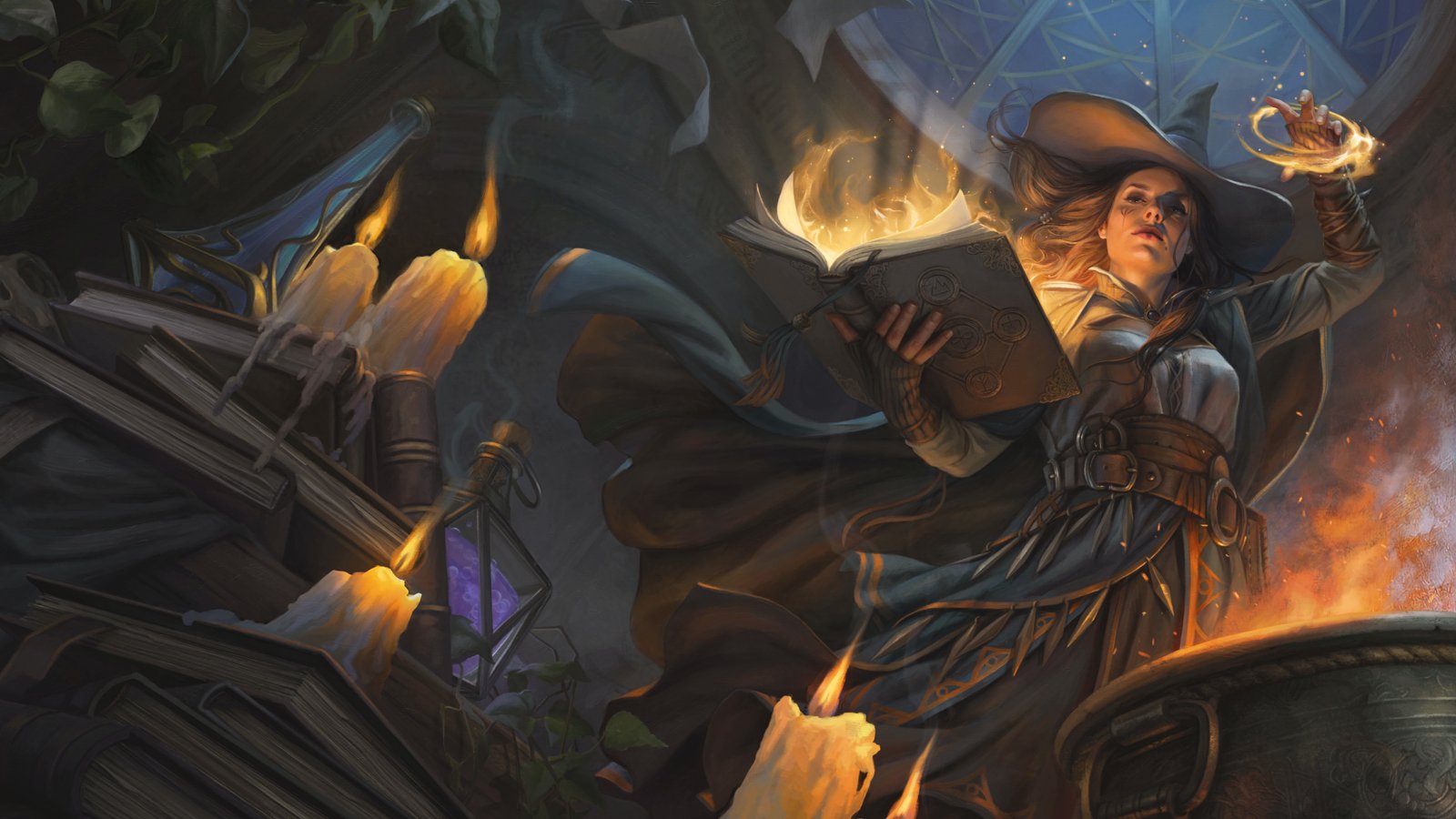 Wizards of the Coast has announced its next D&D book! Entitled Tasha’s Cauldron of Everything, this rules expansion follows up Xanathar’s Guide to Everything and will be available on November 17th. Providing both players and DMs with the tools to level up their games, the 192 page tome will be composed of four chapters focusing on character options, spells and magic items, group patrons, and tools for Dungeon Masters. 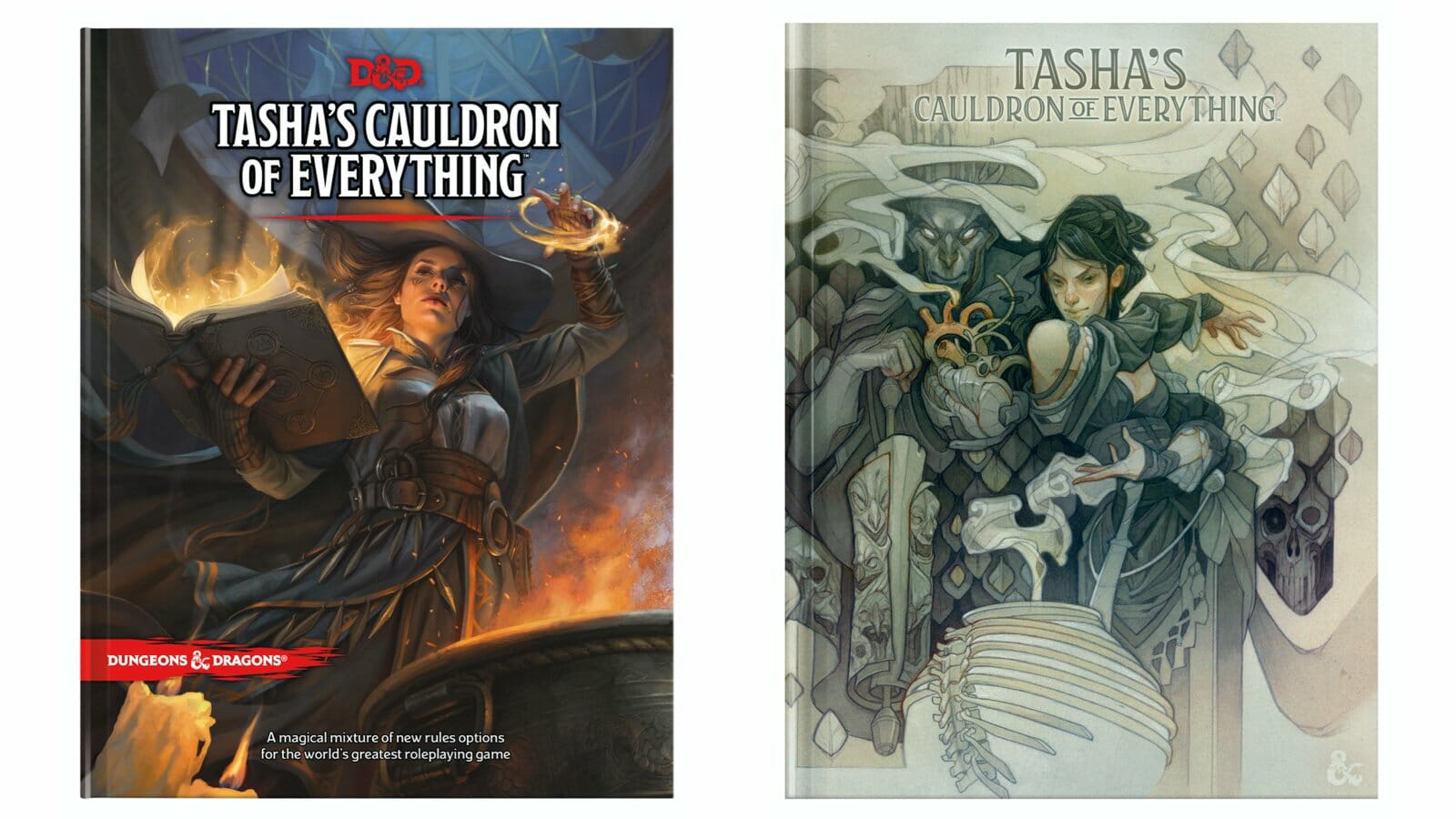 The character options chapter will include plenty of new rules options. They include rules to enable customization of character origins, giving players the tools in the game to develop the custom background they want, including the ability to modify traits and a template to create a lineage that personalizes their character’s origin. There will be new subclasses for every class in the game (many players have likely seen them before – they’ve all appeared in some form on Unearthed Arcana). You can expect new features for every class in the player’s handbook as well. Significantly, the popular Artificer class has been tweaked to move out of the Eberron setting and will be usable in any setting. A treat for Ranger players, the Beast Master subclass will get new companions in the form of three primal beasts. 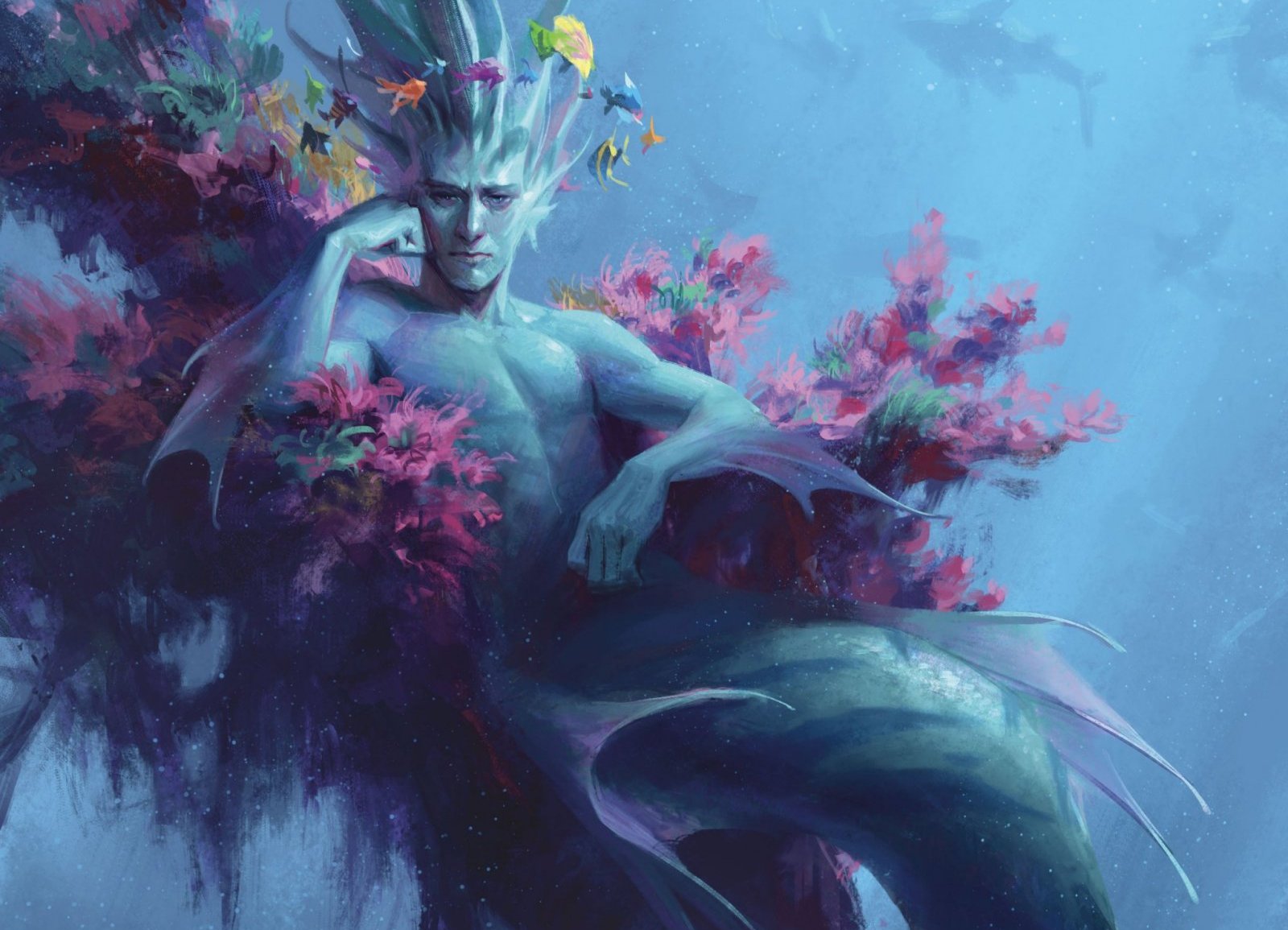 A youthful merfolk king lounges on his throne underwater.

The spells and magic items section will include new treats for players and DMs alike. Players can look forward to new summoning spells and some new Tasha spells, Tasha’s Caustic Brew and Tasha’s Otherworldly Guise to go along with her Hideous Laughter. There will be magic tattoos plus a collection of magic items available to spellcasting classes. There will even be some artifacts, including a Baba Yaga themed artifact, a Demonomicon and an artifact-level Tarokka Deck.

This is a massive tome holding secrets of ultimate evil. The exterior of the book reflects the evil within. The covers are made of dark demon scales, which are trimmed in rune-carved metal shaped to look like demonic claws.

Players familiar with the Eberron setting may recognize the group patrons section. The group patrons have been taken from the Eberron and made applicable to any setting. Group patrons are an option for an adventuring group that gives them a powerful NPC that can give them missions, provide guidance, and generally enhance the story. 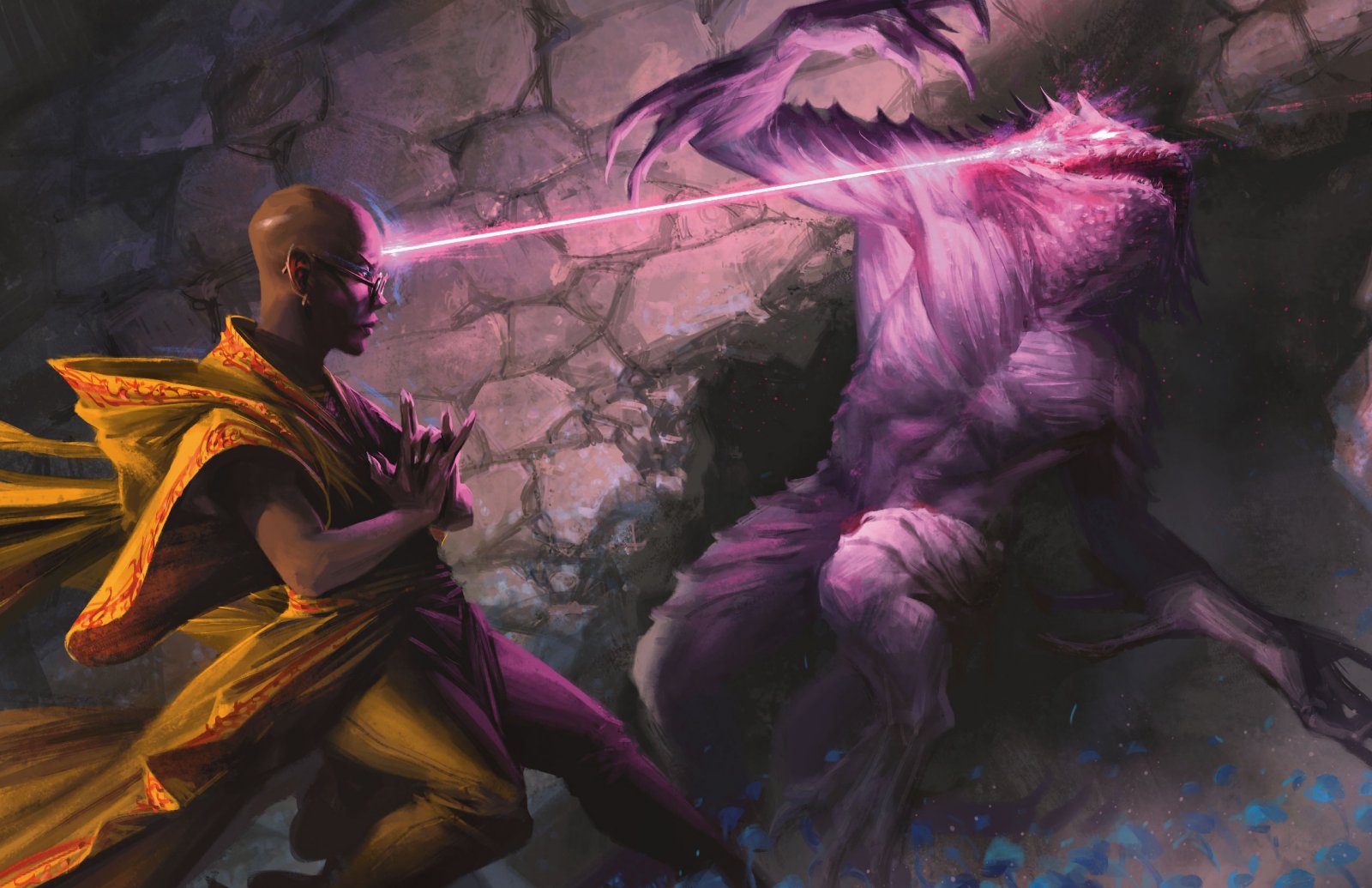 Using a psychic spell, a wizard battles a troglodyte underground.

Finally the Dungeon Master’s section will include plenty of new tools for your group’s DM. There will be an option for sidekicks – companion NPCs who can join the PCs on their quests. There are new magical environments for use during adventures, with such places and events as Eldritch Storms, a Mirror Realm, a Mimic Colony, Enchanted Springs, and unearthly roads that fold space like a wormhole! Also, there’s also a section dedicated to incorporating puzzles into your game, something to add a little variety to a standard dungeon crawl. 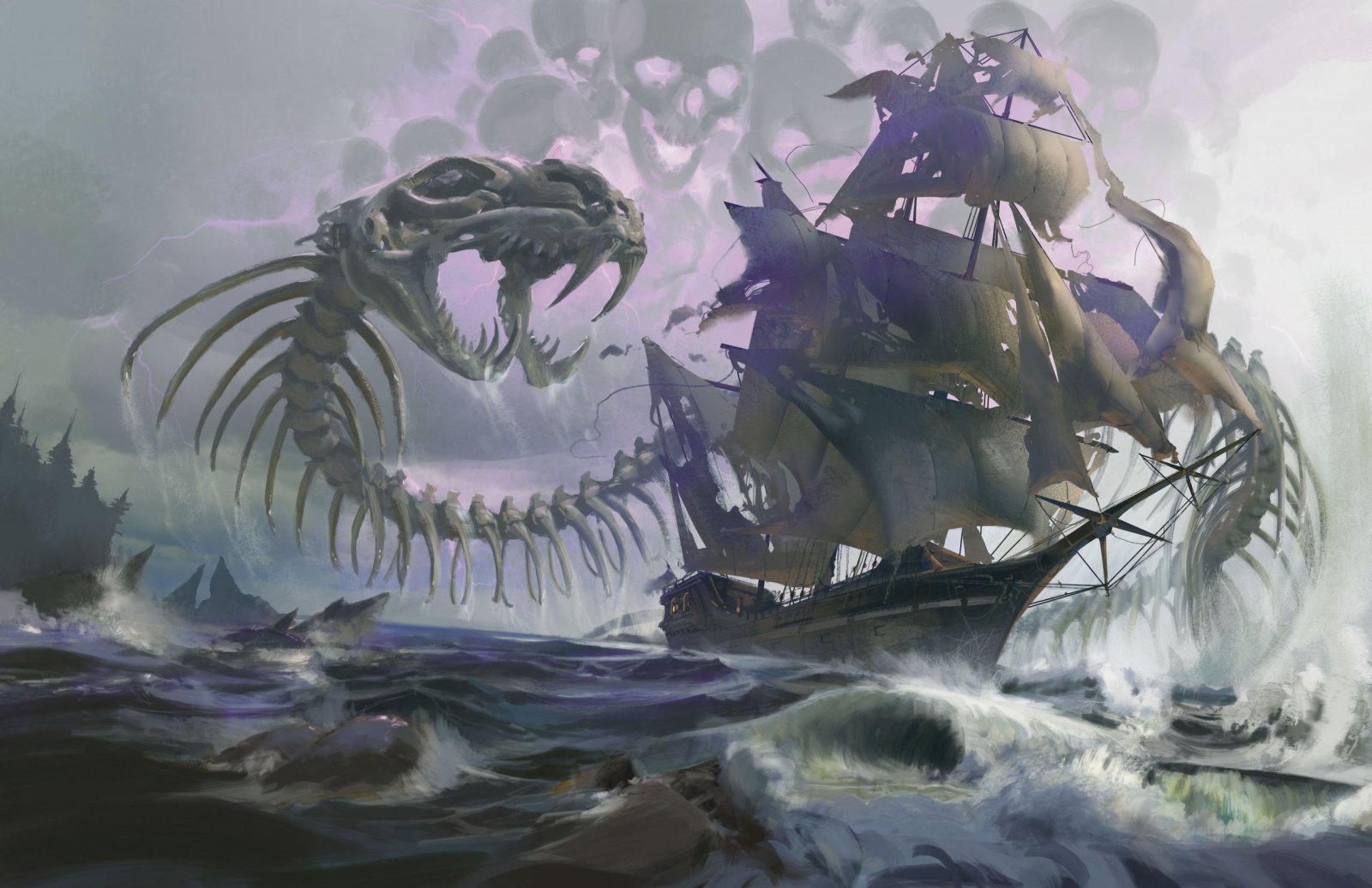 A heavy, ominous storm brews at sea as clouds gather. But these are not normal storm clouds. These have formed into a churning mass of enormous skulls in the sky.

The title of the book is inspired by Tasha, a powerful wizard that originated in Greyhawk but has lived a long life with adventures across the D&D planes of existence. While many may recognize her name from her iconic spell, Tasha’s Hideous Laughter, it’s likely they won’t know much more. This book will have commentary and insights provided throughout by Tasha, similar to Xanathar’s comments in his guide, giving players a glimpse into Tasha’s character and history. The book will come with a standard cover by Magali Villeneuve and an alternate cover by Wylie Beckert available only at your friendly local game store. 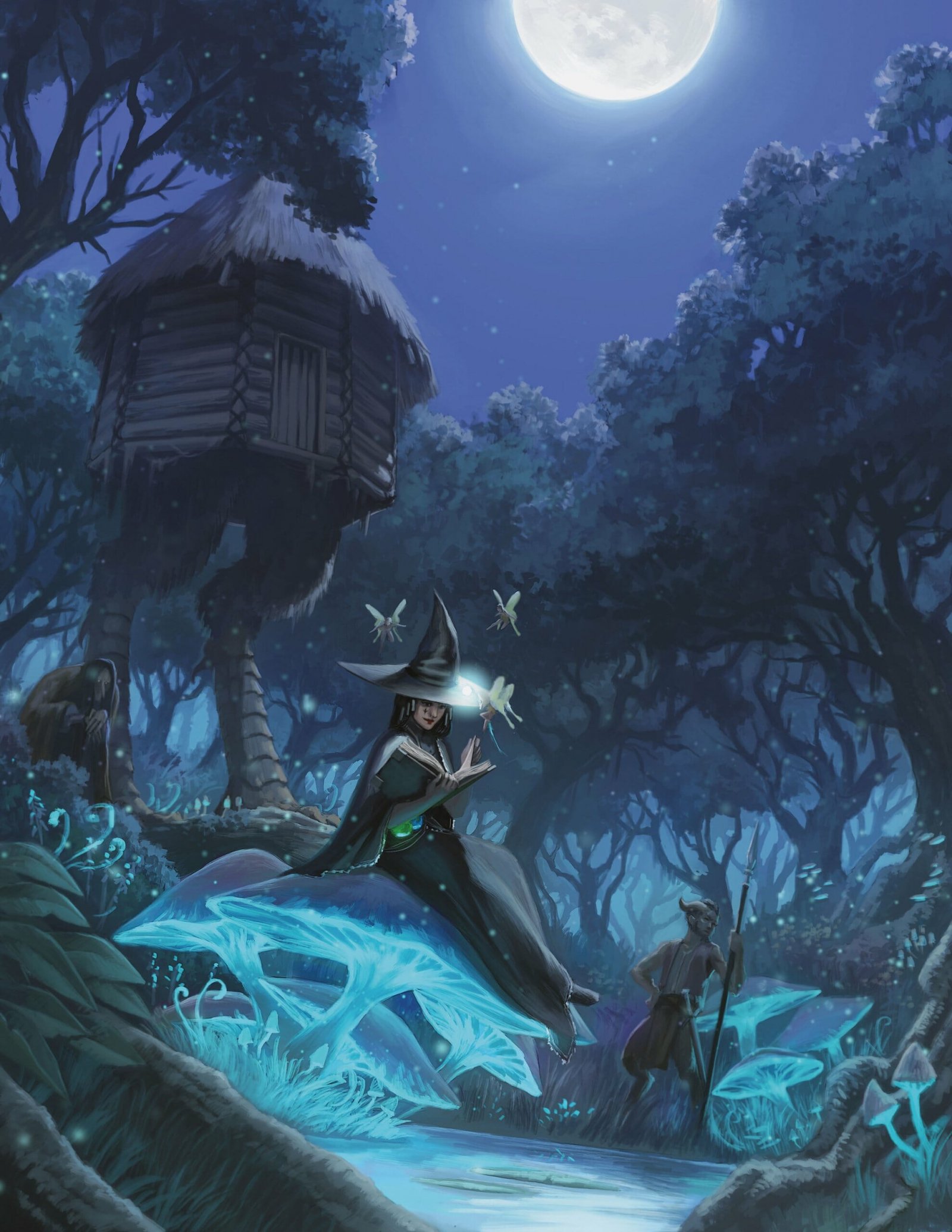 The young wizard Tasha studies her spellbook in front of Baba Yaga’s hut. Looming nearby is Baba Yaga herself, watching her adopted daughter intently