David had a wonderful time with Granblue Fantasy: Versus, and now’s the perfect time to get back into the game as XSEED Games and Marvelous announced that the last DLC character for Character Pass 1 will be Zooey. The fighter will be available for those who purchased the Digital Deluxe Or Character Pass Set versions of the game, as well as a standalone purchase.

The final character for Season 1, Zooey, brings order and balance to the PS4™ system and Windows PC today. Despite outwardly appearing as a young girl, she is actually a primal beast tasked with maintaining balance within the world, and abhors chaos and disorder. With Beelzebub and others disturbing the order of the skydom, she ventures forth to restore the balance armed with super-human swordsmanship and a mastery over lightning. With her own powers and the help of her faithful dragons, Dyrn and Lyrn, she will ensure balance is upheld. 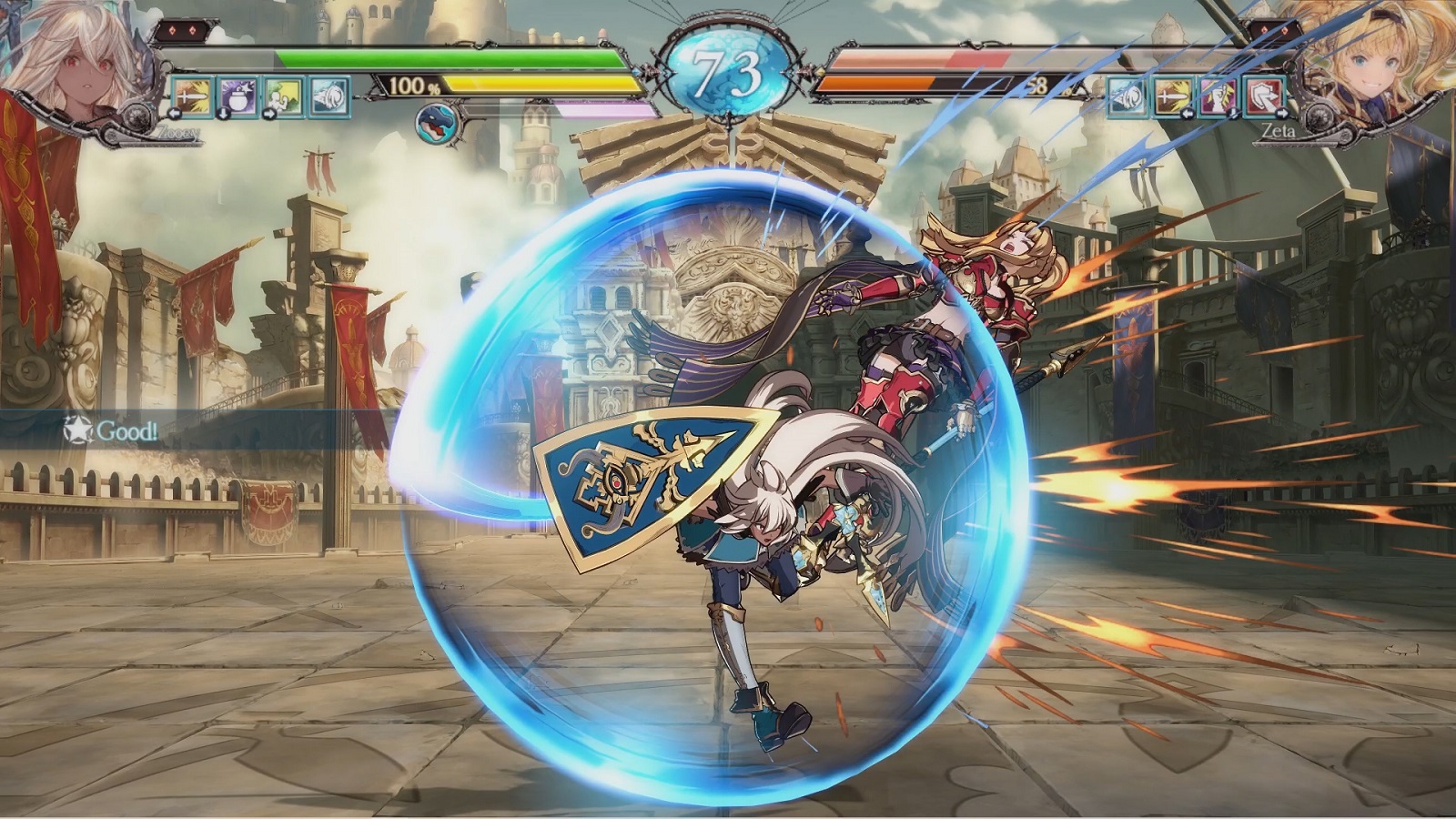 Near polar opposites, Djeeta and Soriz add new dimensions to the lineup of already diverse fighters in Granblue Fantasy: Versus in their recent release. Soriz, an unsavory character who has grown disillusioned with weapons, realized that there is no greater weapon to wield than one’s own fists. His training and dedication have earned him fame as a fearsome warrior, pummeling foes who may underestimate him due to his age and lack of weapons into submission with boulder-like fists and log-like kicks. Djeeta, honest to a fault and always willing to come to the aide of others, is a self-taught swordswoman whose fate became intertwined after being saved by Lyria, who bound their lives together. What she lacks in finesse and skill is more than made up for in heart, and thanks to her connection to Lyria, she possesses the strength to overcome any obstacle in her path.