In a surprise announcement, inkle released the visual novel game Overboard for Switch, PC, and iOS. In this game set on a ship bound for America in the 1930s, you play as an actress who has thrown her husband overboard. Rather than solving the mystery, your goal is to cover your tracks and escape without suspicion, all while blaming the murder on someone else so you can cash in on the fortune he left behind. Featuring NPCs that have set routines and move around the ship in real time, the game promises replay value in utilizing old information from each playthrough to perfect the next.

July, 1935. Wealthy Malcolm Villensey’s fortune has been wiped out overnight. He and his starlet wife, Veronica, have escaped aboard the SS Hook for a new life in America—but Mrs. Villensey has other plans. And one little push is all it takes. 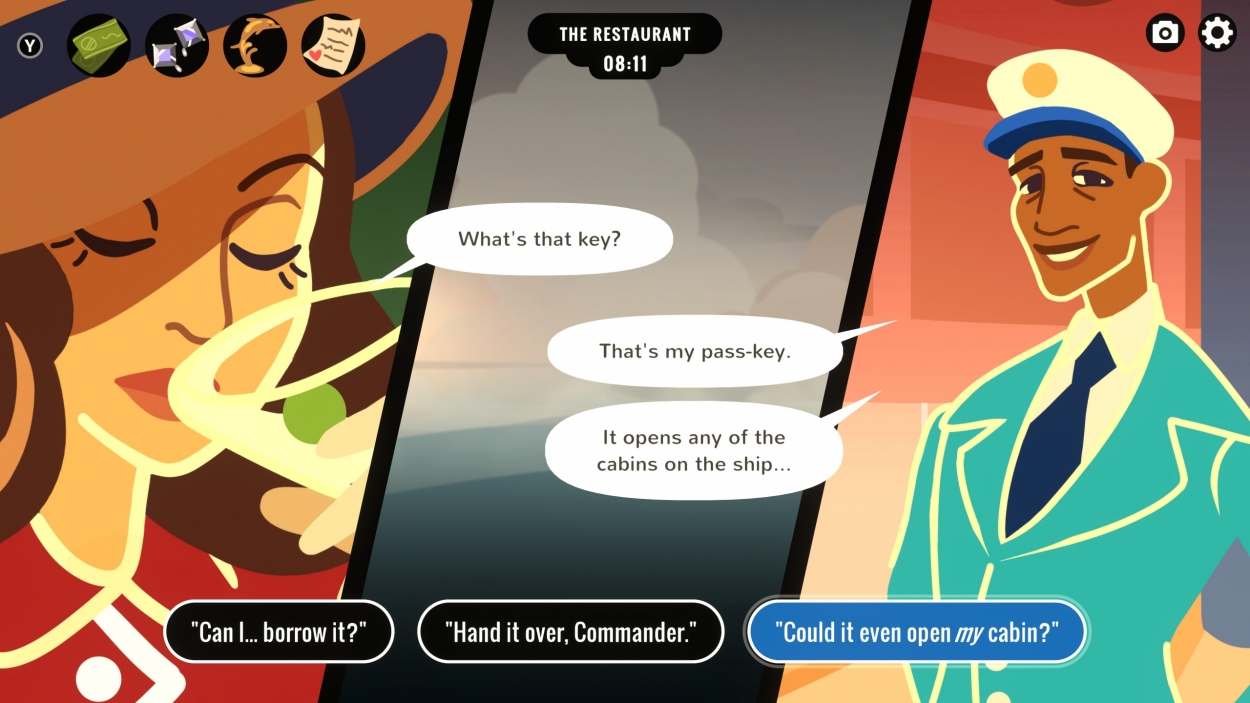 For all your gaming needs stay tuned to Gaming Trend.