Yesterday, Hooded Horse announced that it has released a demo for KatHawk Studios’ grand strategy 4X title Alliance of the Sacred Suns on Steam. The demo will allow players to experience the early game mechanics as well as customize their own ruler before the game releases later this year.

As the newly minted emperor or empress, you must navigate the vicious feudal politics of a crumbling space empire, building relationships with and manipulating characters who dynamically pursue their own agendas and those of their Great Houses, while preparing an unwary empire for its greatest threat – the Xyl. 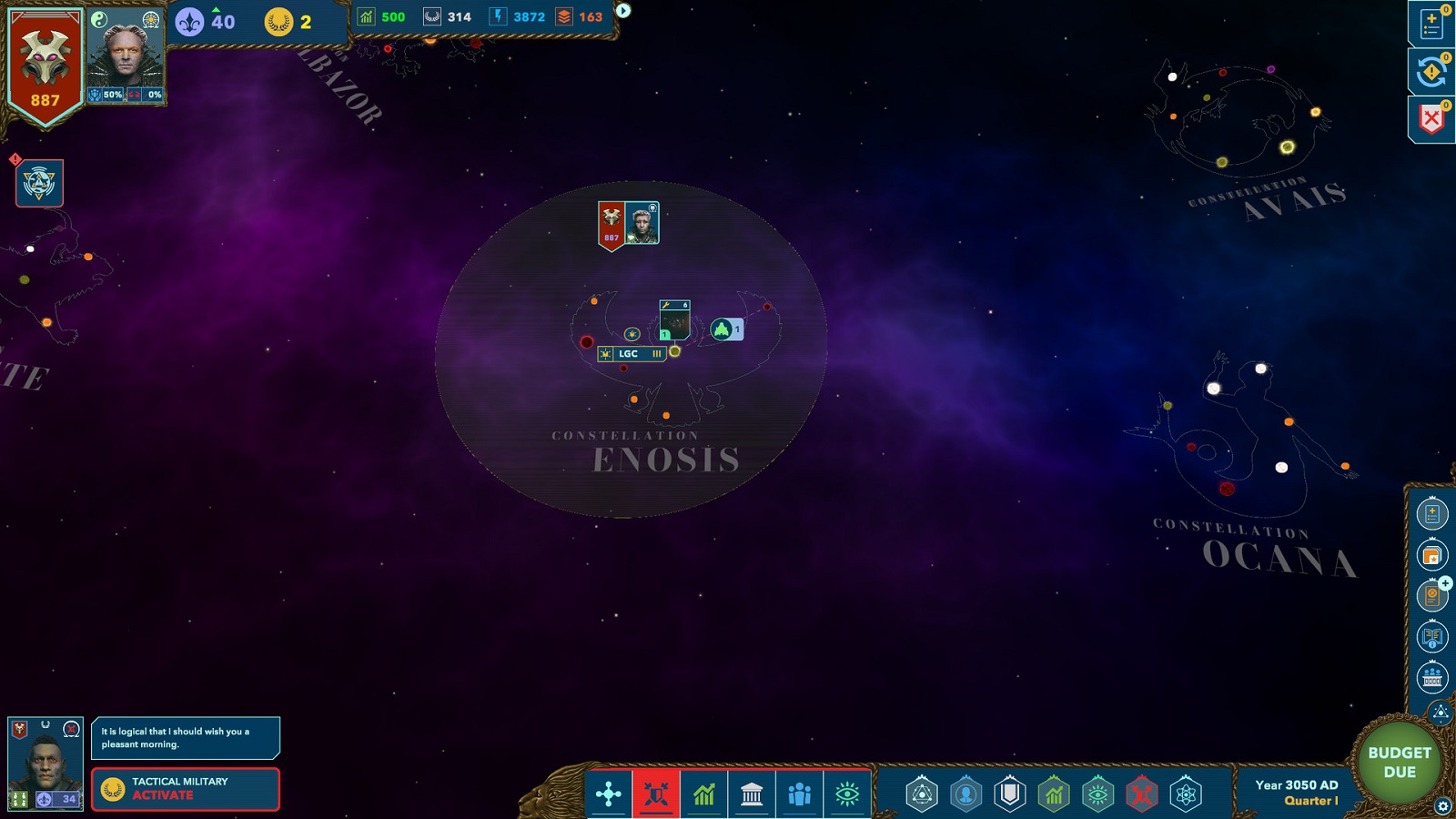 A thousand years ago, the Xyl invaded Earth through a gate that humans built with the very plans that the Xyl had sent. After 2 long years of war, humanity managed to send several ark ships through the gate to an unexplored part of the galaxy. Here, humanity began anew as the Terran Federation.

500 years later, the Xyl attacked. The Terran Federation held them off, but at great cost – dozens of star systems fell to the Xyl. As a result, the Terran Federation dissolved and was reborn as the Celestial Empire, and the survivors coalesced into Great Houses for protection and advancement.

Now, in the year 3050, the Celestial Empire is on the brink of collapse.

AotSS is a grand strategy and 4x game with RPG elements. You play as the young emperor or empress of humanity’s last civilization, the Celestial Empire. Gameplay takes place at a high level: you make strategic decisions like who to place in positions of command, what wars to fight, and where to explore and expand. You do not have build queues at the planet level, instead viceroys take care of planetary management, while you set guidance for systems and enact empire-spanning projects.

In addition, KatHawk Studios has also announced mod support for the game in the future. Stay tuned for more news here on Gaming Trend.