Today, Team Salvato announce that it will release its psychological horror… erm, cutesy slice-of-life visual novel Doki Doki Literature Club Plus for PC, Nintendo Switch, PlayStation 4 and 5, and Xbox One and Series X on June 30. The expanded edition will come with Side Stories featuring tons of unlockables, as well as a physical version of the game available soon.

Developer Team Salvato and publisher and co-developer Serenity Forge have announced that cute and incredibly frightening Doki Doki Literature Club Plus is coming to PC along with Nintendo Switch, PlayStation 4/5, Xbox One and Xbox Series X|S for the very first time on June 30 digitally for $14.99. Physical editions of the game are available now for pre-order on the Serenity Forge store page, and will be shipping worldwide in July: http://store.serenityforge.com. DDLC Plus is an expanded version of the original Doki Doki Literature Club that features an array of upgrades including HD visuals, brand-new Side Stories and new music for fans.

Doki Doki Literature Club was a massive hit upon release, becoming the No. 1 rated Steam game of 2017 and one of the highest-rated titles of all time. The game achieved a cult status quickly, garnering a huge community and amassing over 9 million downloads. Serenity Forge is also working with Team Salvato to bring physical editions of the game to retail that include an assortment of stickers, standees, a special poem, soundtrack download codes, and more.

Doki Doki Literature Club Plus puts players in the shoes of a student who joins his school’s literature club at the request of his childhood friend Sayori, and meets other members Yuri, Natsuki and club president Monika. Soon, the player begins writing poems and grows closer to the other members – is romance in the air? Hailed by thousands as one of the most disturbing games in a generation, Doki Doki Literature Club Plus is the ultimate psychological horror narrative experience. 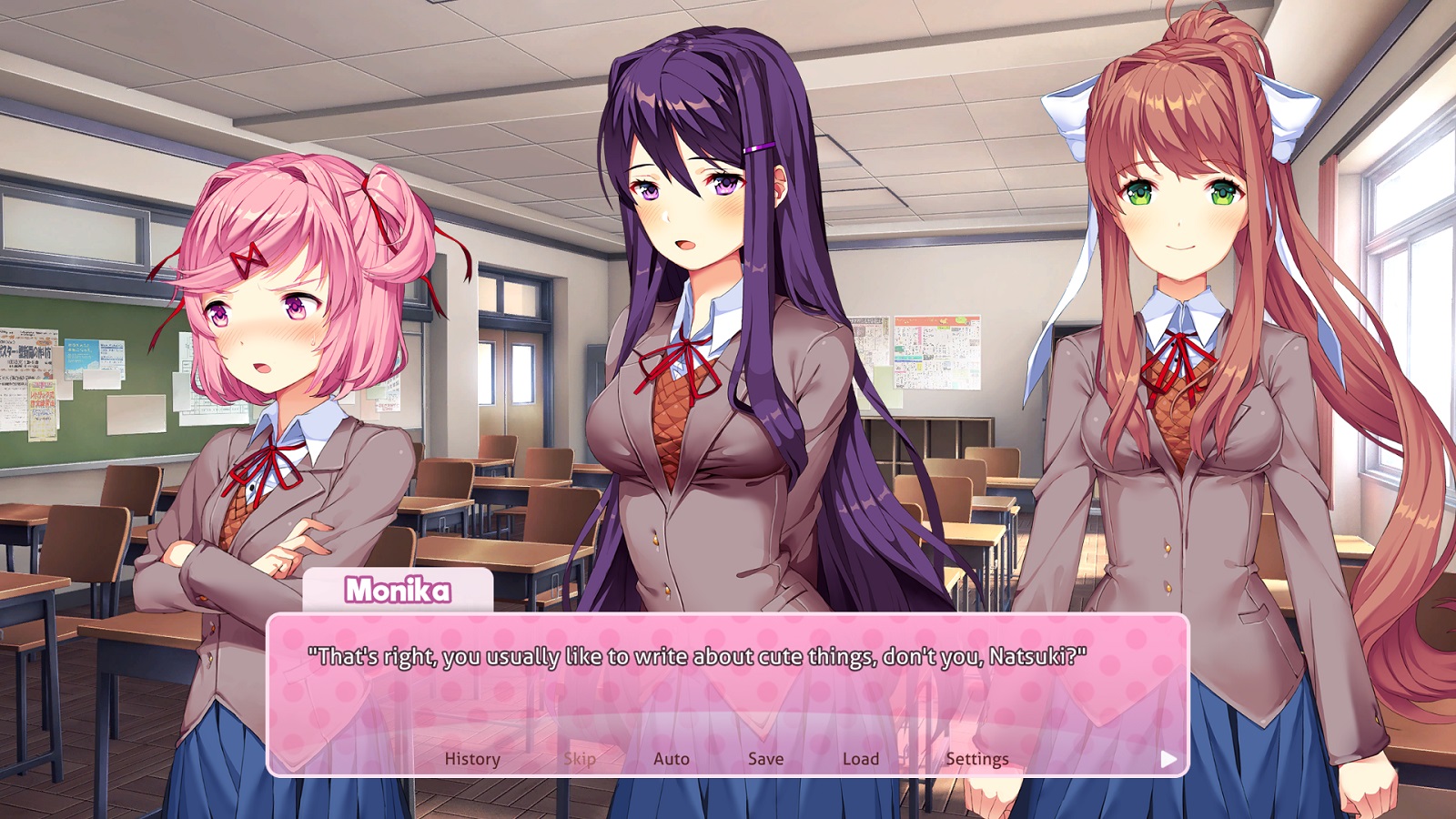 Doki Doki Literature Club Plus is bursting at the seams with hours of Side Stories that expand the world of the game, exploring themes and ideas that will give players a deeper understanding and sense of connection to each and every character and their individual relationships with one another.

Today’s announcement was accompanied by a new teaser trailer that gives players a glimpse of some of the new features that they can expect from Doki Doki Literature Club Plus! Among brand-new Side Stories are HD visuals, a new soundtrack for the new Side Stories content and more than one hundred unlockable images with secrets to discover as you unlock content.

“When we initially launched Doki Doki Literature Club, we never expected fans to embrace us the way they did. Four years later, the game still has a strong and growing community and we wanted to bring new content and upgrades to the game that would respect its legacy while enticing players with new experiences. We think the Plus version of the game with all its refinements and new content will be enjoyed by new and longtime fans alike,” said Dan Salvato, the game’s creator.