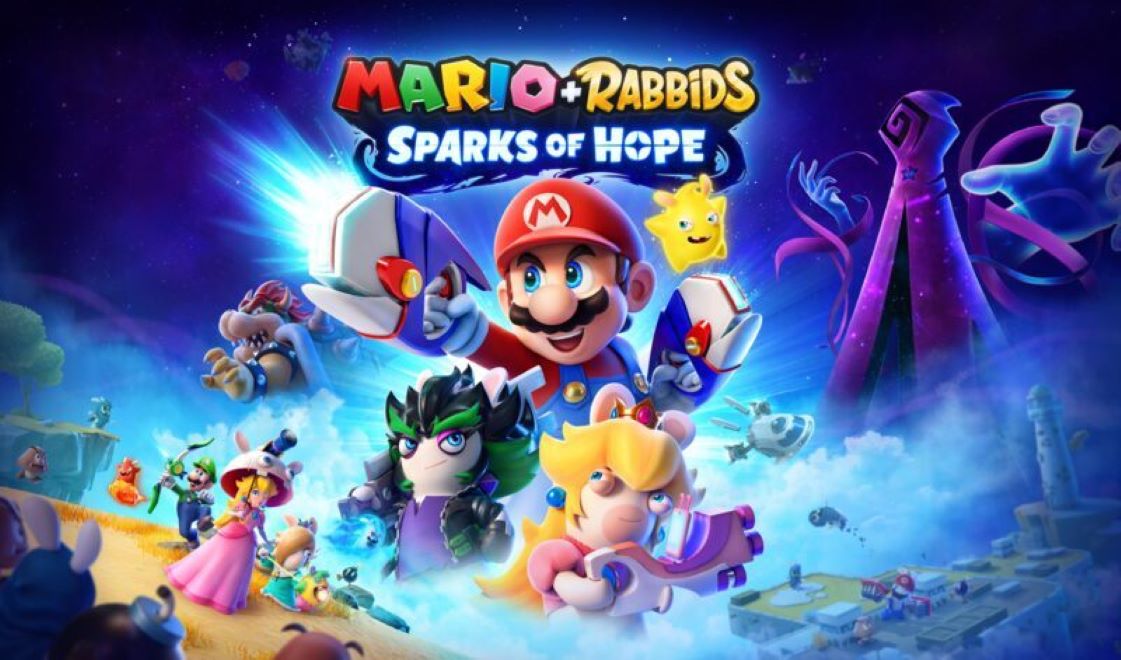 Today during the Ubisoft Forward press conference, Ubisoft announced the (earlier leaked) sequel to Mario+Rabbids: Kingdom Battle. The sequel, Mario+Rabbids: Sparks of Hope is set to release in 2022 for the Nintendo Switch. Nintendo is not one to let their IPs be handled by other companies, but Ubisoft found success with the first outing. It is exciting to see that the team plans to expand upon the tactical experience provided in the first by completely reworking the combat experience. Moving away from the grid shooter system from the first game, this one aims to highlight fluidity, movement and repositioning in real time to allow players to take more hands-on control during battle. The developers promise the system will be easy to pick up but hard to master for those who crave more difficulty.

Mario and the Rabbids head to space in this new entry, where they travel from planet to planet in an effort to defeat Cursa, a massive space creature of some sort. Joining the heroes from the original are Rabbid Rosalina and the new Sparks, Lumas that somehow merged with Rabbids. The game will focus heavily on these sparks, but not much is known about them as of now. It is always exciting to see two monoliths in the gaming industry work together to provide experiences fans of both IPs will love. The Mushroom Kingdom gang and the Rabbids have so much chemistry it really feels like they might have originated from the same universe.